Max McMillan after scoring on his club debut | Interview

Forward Max McMillan spoke to the press after finding the back of the net on his club debut in Tuesday’s 3-1 win over Barrow in the Papa John’s Trophy.

On his debut, McMillan was involved in a number of chances throughout the match. In the second half, he latched onto the end of Ryan Edmondson’s cross to score his first goal for his club and wrap up the tie for Fleetwood.

“I’m absolutely buzzing. It’s everything I’ve been working for this season to try and get into the team and try and impress the manager and hopefully, a goal will have done that. It’s a really proud moment for me and my family.

“I just think when you get your chance you’ve got to take it, but you have to be patient. I’m only young so I’m trying to make my way into the first team by training hard every day.

“I just spoke to him (Ryan Edmondson) and he said he was thinking of hitting it across the goal and I was like you couldn’t have done that, I was so free, but thank you to Ryan for putting it on a plate for me.”

On playing for the first team…

“I’m only young, I’ve just turned 19 so I’m still learning men’s football. It’s a different game to 23s football which I’m used to. Playing teams like Barrow are good for me physically to go up against strong centre-halves and learn from that.

“Before the game, we were told just to be aware of the conditions, so we knew that it was going to be tough when the wind was against us which I thought we dealt with quite well and then at half time they just said to get after the ball more.

“I think we were letting the centre midfielders have too much of the ball and the centre-halves and they were playing around us, so we said at half time to make sure we get in their faces.” 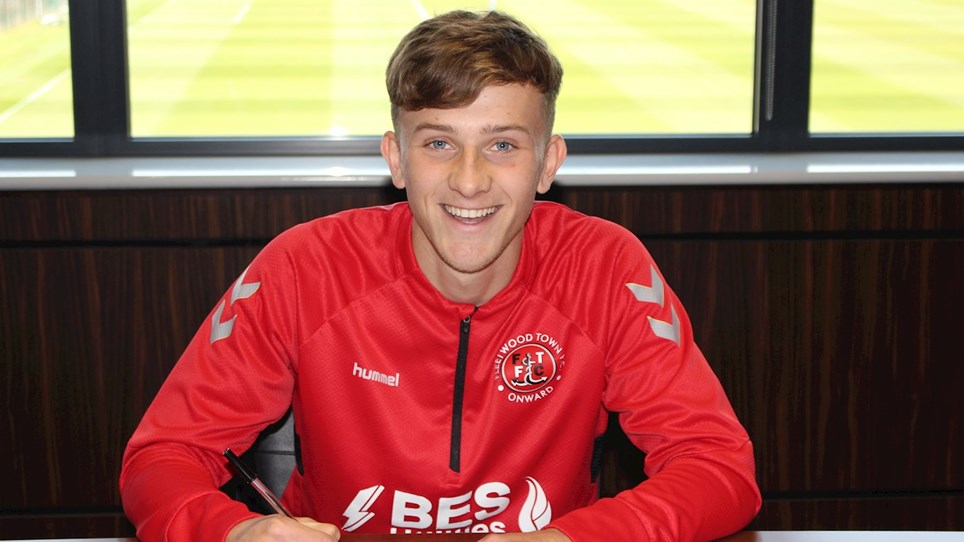 
Fleetwood Town are pleased to announce Max McMillan has joined the club from Premier League side Leeds United.