Fleetwood Town are set to face Charlton Athletic at Highbury on Saturday 17 September, and we have all you need to know ahead of the 3pm kick-off in our match preview. 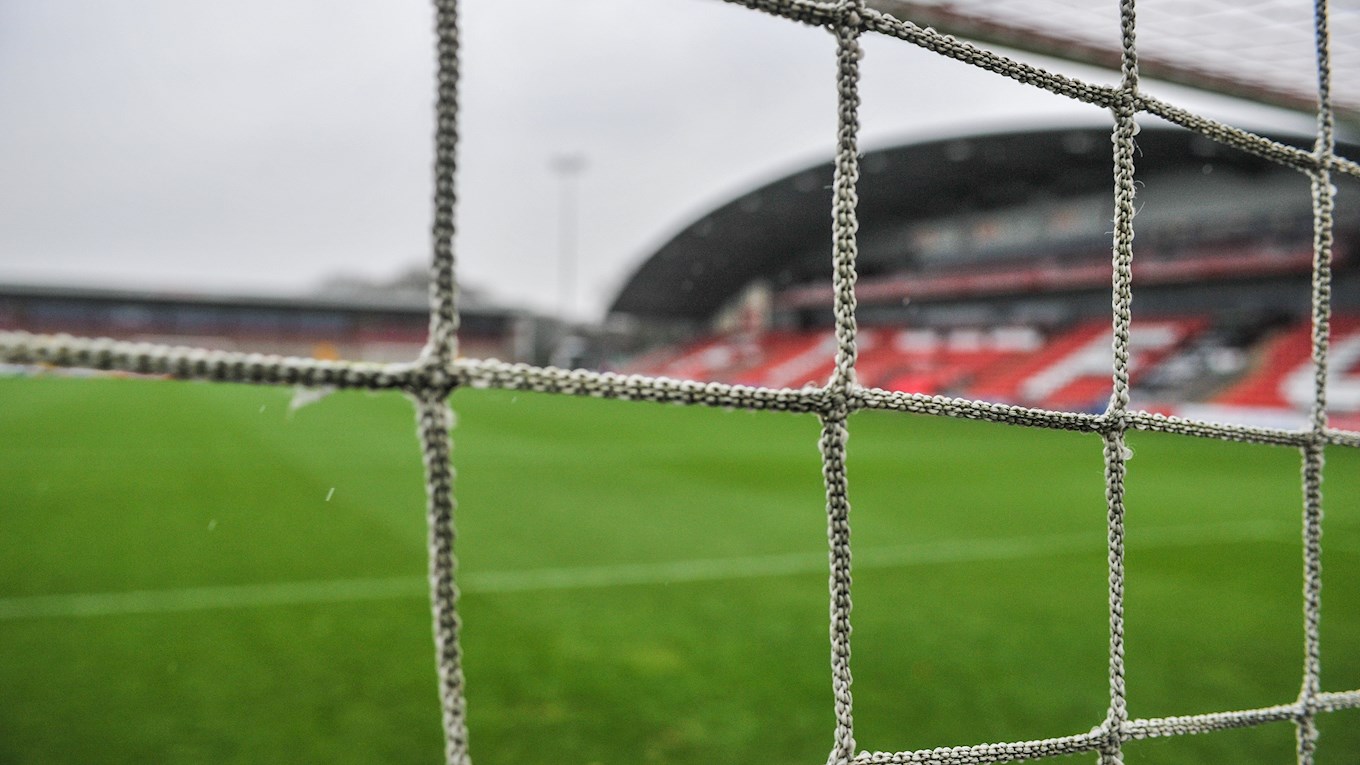 Town head into their Sky Bet League One clash against Charlton after coming out winners in their last outing, which ended in a 1-0 win over Peterborough United at the Weston Homes Stadium.

In what was an even game in terms of chances, Town looked towards their captain, Josh Vela, to put them ahead midway through the first half, after a double chance from loanee winger Carlos Mendes Gomes. The Cods had chances to extend their lead but, the game ended 1-0 to the good.

Scott Brown’s side seven unbeaten in the league and currently find themselves comfortably in the middle of the table, but the squad will want to add to this record at the weekend by coming out on top when the Addicks come to town.

If you haven’t already purchased your tickets for the match against Charlton, click HERE to buy now!

Charlton have had a good start to their campaign this season as they find themselves in a similar position to Fleetwood in the table and have booked themselves a place in Round Three of the Carabao Cup after beating both Queens Park Rangers and Walsall in the earlier rounds.

Last time out, they were held to a 1-1 draw by Forest Green Rovers at The Valley, even though they managed to take the lead nine minutes in via a Corey Taylor effort. Connor Wickham pulled it back to one-all on the stroke of half-time, but Charlton ended the game a man down after a last-minute red card for Ryan Inniss.

Before that, they had an evenly contested clash with Bolton away from home, but the score line didn’t flatter them in this one as they lost 3-1 on the day. Again, Ben Garner’s side took the lead early on but goals from Conor Bradley, Kieran Lee, and George Johnston meant the Trotters would come out winners. 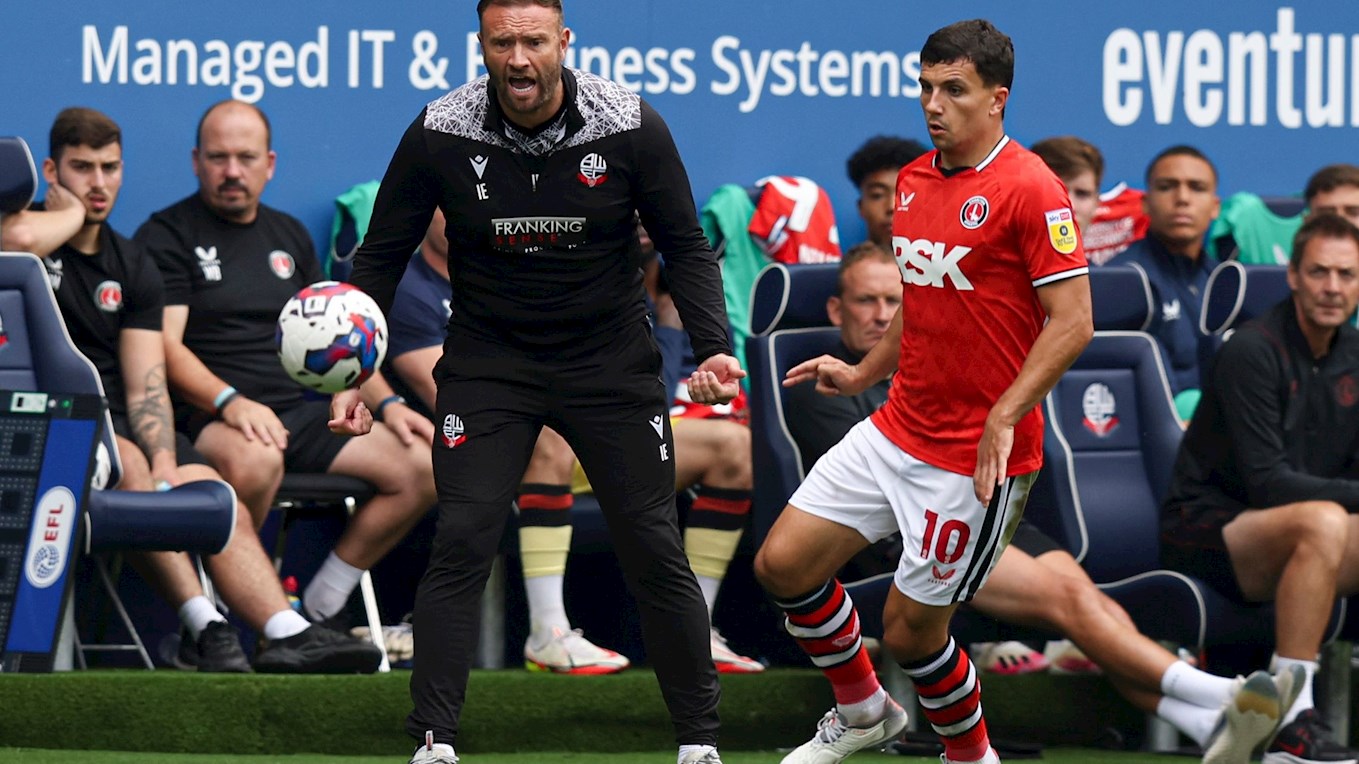 TICKET AND FIXTURE INFO AHEAD OF THE CLASH

They are the town's only food bank and donating non-perishable foods or even making a donation to the cause would be greatly appreciated by all involved. For more details on this, please click here.

Adult tickets start at just £22, with concessions/Under-25s beginning at £17, Under-16s from only £7, with Under-5s coming in free with a paying adult. If you haven't already purchased your tickets, you can buy them online HERE! 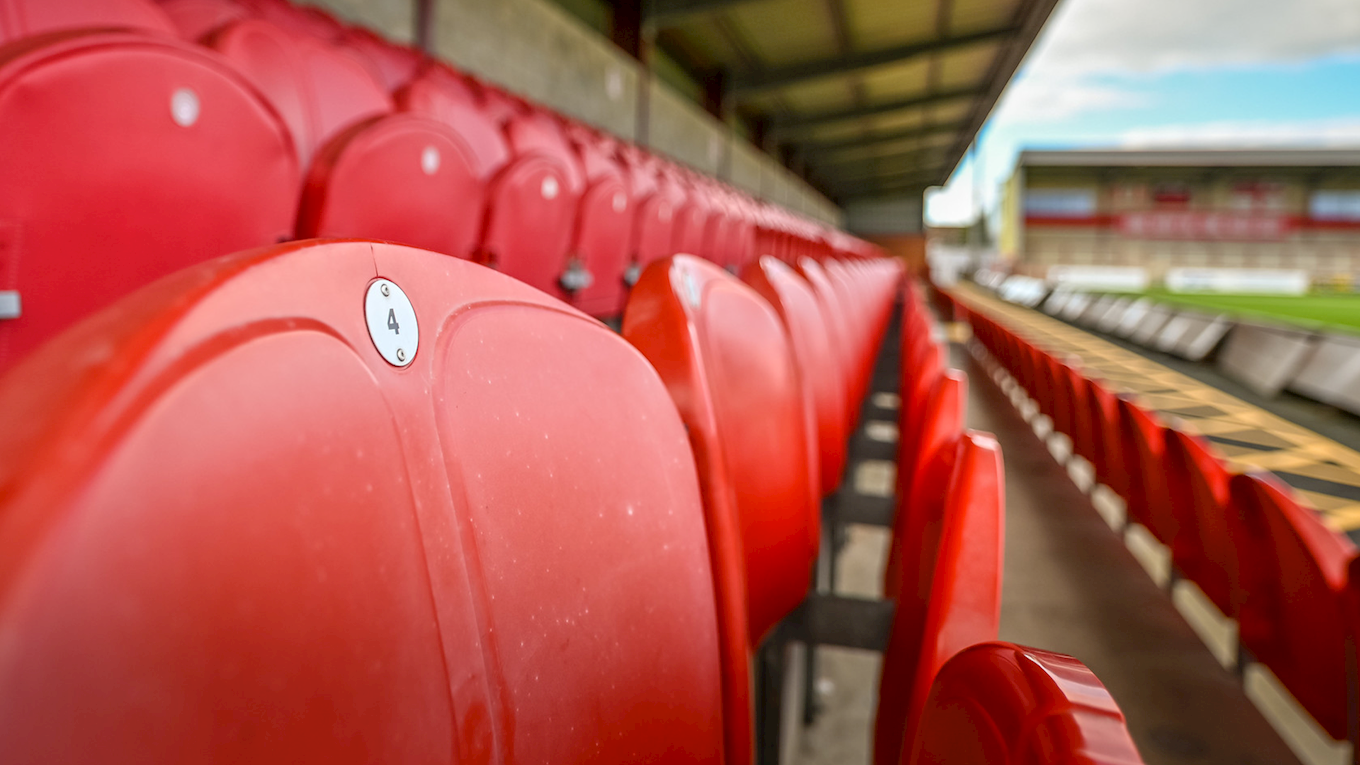 Head coach Scott Brown sat down with the media on Thursday afternoon and previewed his side’s Sky Bet League One fixture against Charlton Athletic – here’s what he had to say: 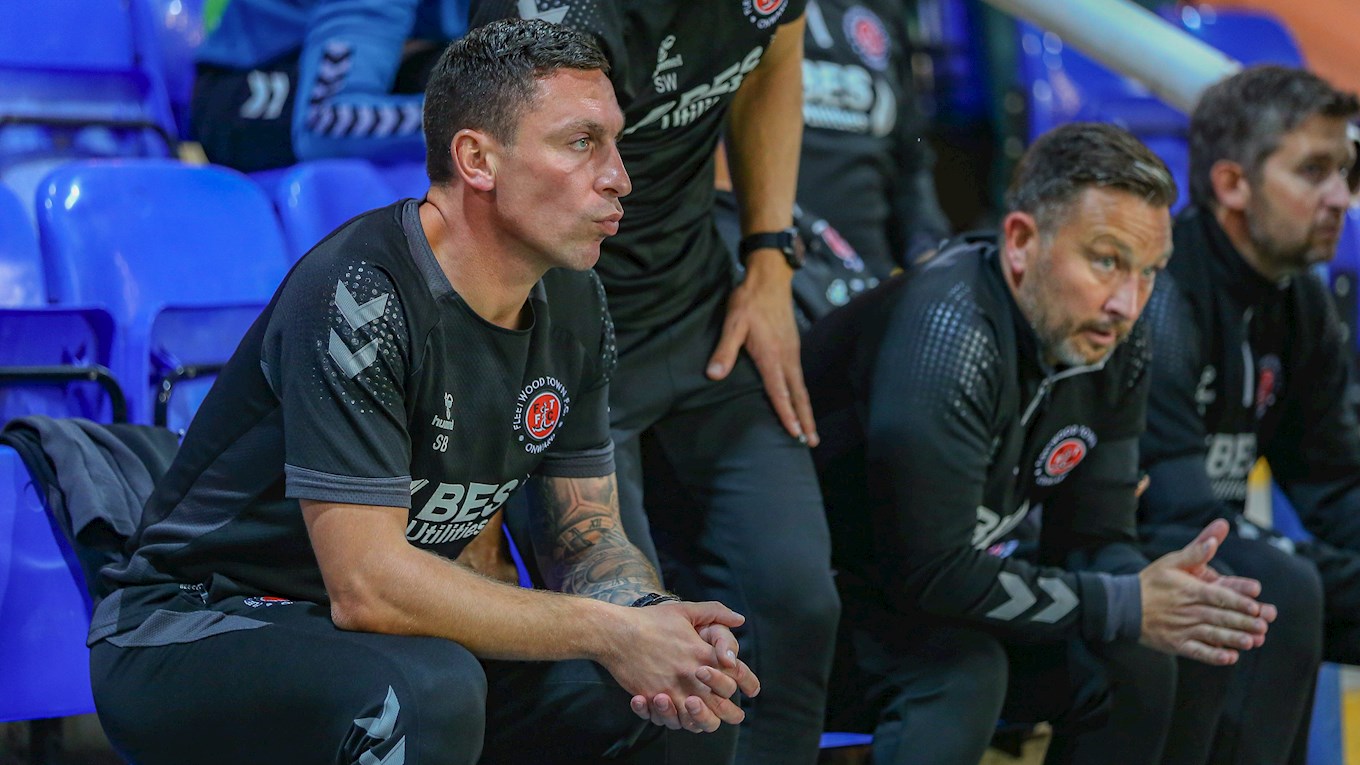 Fleetwood Town were held to a 1-1 draw by Charlton Athletic at Highbury on Saturday afternoon in their latest Sky Bet League One fixture.

Town saw plenty of the ball in the first half which led to the opening goal, which was scored by Callum Morton around the half-hour mark. Even though chances were created to potentially double the lead, it was the visitors who netted the next goal as substitute Miles Leaburn found the back of the net from close range.

It was Town that started the game the better as they managed to create two chances through set-pieces early in the game. The first chance fell to Lewis Warrington, after being picked out by Dan Batty, whose curling effort from 20-yards flew just over the crossbar.

A couple of minutes later, Batty whipped another cross into a packed area, but this time towards the back post where Toto Nsiala was, but his header couldn’t be guided on target, going just shy of the near post.

End-to-end football was the case around the quarter-hour mark as Jack Payne managed to find Jesurun Rak-Sakyi, whose shot went over before Town went down the other end with Harvey Macadam, but Batty’s eventual effort made Joe Wollacott dive to cover the shot.

Around the half-hour mark, the ball would end up pinballing around the visitors’ box, with clearances from the Addicks defence only finding the feet of Morton who struck a venomous effort from 18-yards, which was on target, and needed to be blocked by Eoghan O-Connell.

The deadlock was broken by Morton on the half-hour mark as he latched on to Macadam’s cross, which just evaded the feet of Batty at the near post, with Town’s number 10 staying alert as he slotted the ball home from close range.

It could have been two soon after as Macadam fired just wide from inside the area, before Admiral Muskwe turned his man on the penalty spot, but lifted his shot just a bit too high.

After the break though, it was Charlton who came out the blocks quickly as they struck the post twice. The first time was from a Corey Blackett-Taylor strike on the left, and the second was the result of a lofted cross from substitute Mandela Egbo on the opposite side.

Jay Lynch was forced into a clever save 20 minutes into the second period as Egbo tried his luck, firing through a crowd from his spot on the corner of the box, with Town’s goalkeeper keeping his eye on the ball and stopping it well in the process.

Fleetwood then went up the other end of the pitch and had a chance of their own after Morton cut in from the left and fired just wide, but it was the visitors who would make their next moment count as substitute Leaburn came off the bench and skilfully struck the ball into the net, making it 1-1.

The last real chance of the game for Fleetwood fell to Muskwe’s in his last involvement, before making way for Joe Garner. Substitute Paddy Lane picked him out in the box, with the forward taking the shot on the turn, which went just over the crossbar.

With seconds to go, heroics from both Lynch and Andrew meant Town would keep the point they fought hard for all through the game, as the game ended a goal apiece at Highbury.

After picking up all three points on the road on Tuesday, beating recently relegated side Peterborough United 1-0 at the Weston Homes Stadium, Scott Brown's side will be looking to build on that performance and make it two from two when the Addicks come to Town.

They are the town's only food bank, and donating non-perishable foods or even making a donation to the cause would be greatly appreciated by all involved. For more details on this, please click here.

Tickets for Saturday will be the regular price, with details on that below:

Tickets for the four home games after this are also on sale in the club shop and on our online store, so if you would like to get tickets for our clashes against Barnsley, Shrewsbury Town, Forest Green Rovers, and/or Accrington Stanley, you can get those today. Either call 01253 775080 (option 1) for the club shop or head here for the online store. 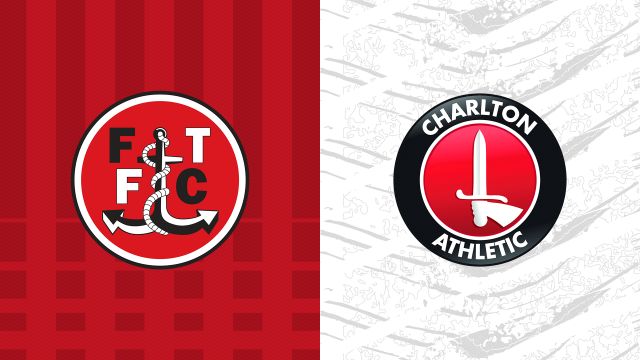 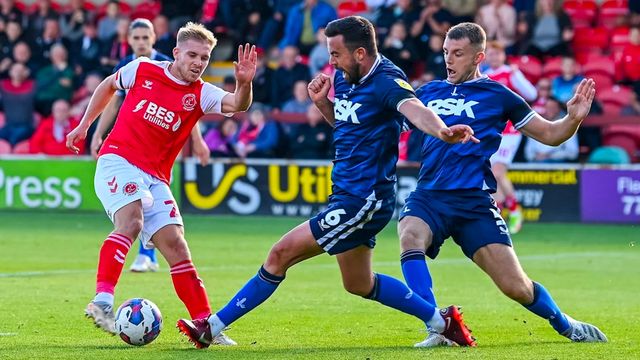 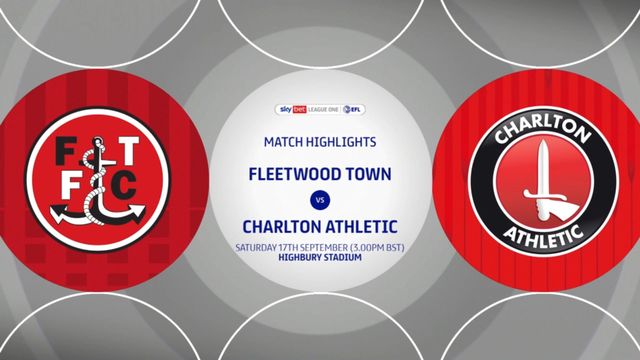