Fleetwood Town travel to Peterborough United on the opening day of the Sky Bet League One season, and we have all you need to know in our match preview. 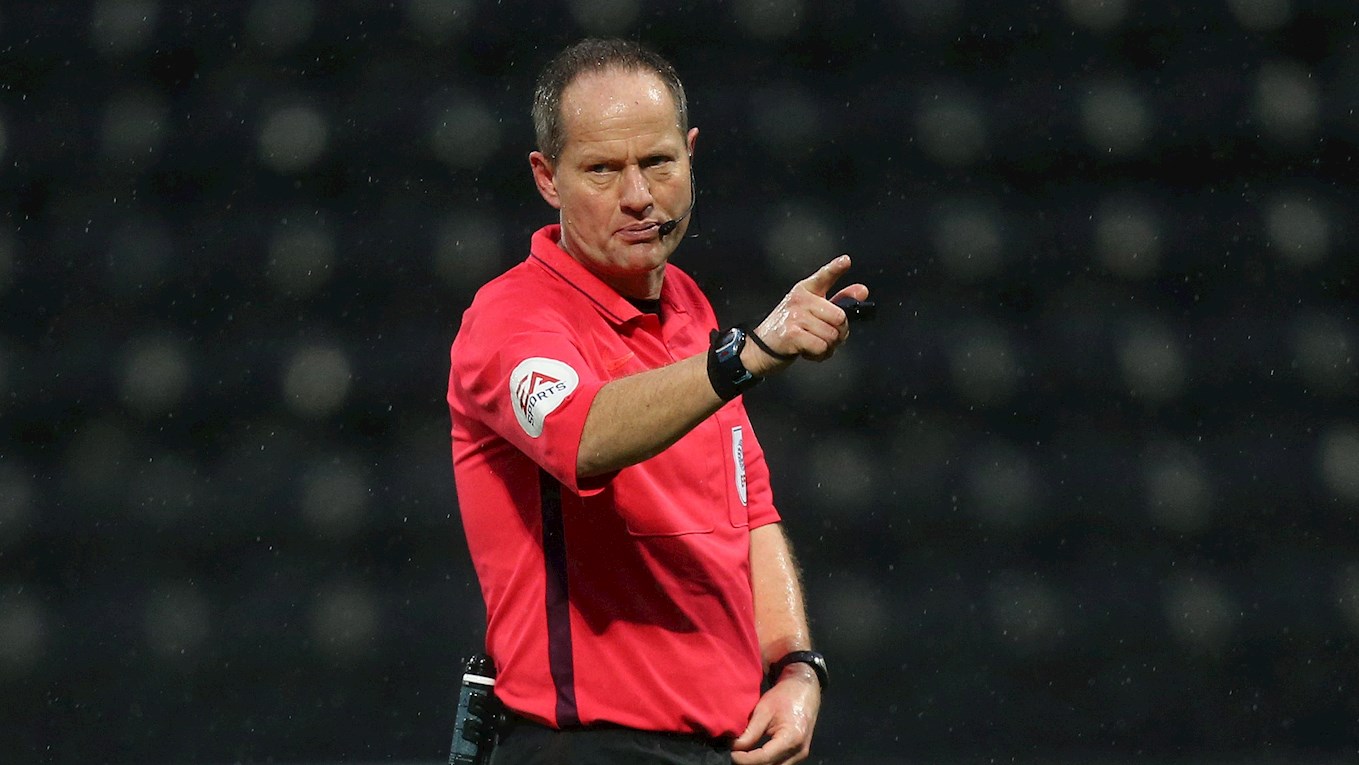 Fleetwood took on Premier League side Burnley on Tuesday night in very hot and humid conditions at Highbury Stadium, and Town for most parts put pressure on the visitors by knocking the ball round well, as well as creating some excellent chances.

Burnley did take the lead just before the break through Ali Kiocki, with second half substitute Chris Wood making it two shortly after. The match finished 2-0 to Sean Dyche's men, with head coach Joey Barton pleased with what he saw from his players.

Town have also played against Preston North End – where the Cod Army won 1-0 thanks to a goal from Ash Hunter. Carlisle United, Port Vale, Millwall and Wrexham were also opponents faced in pre-season. 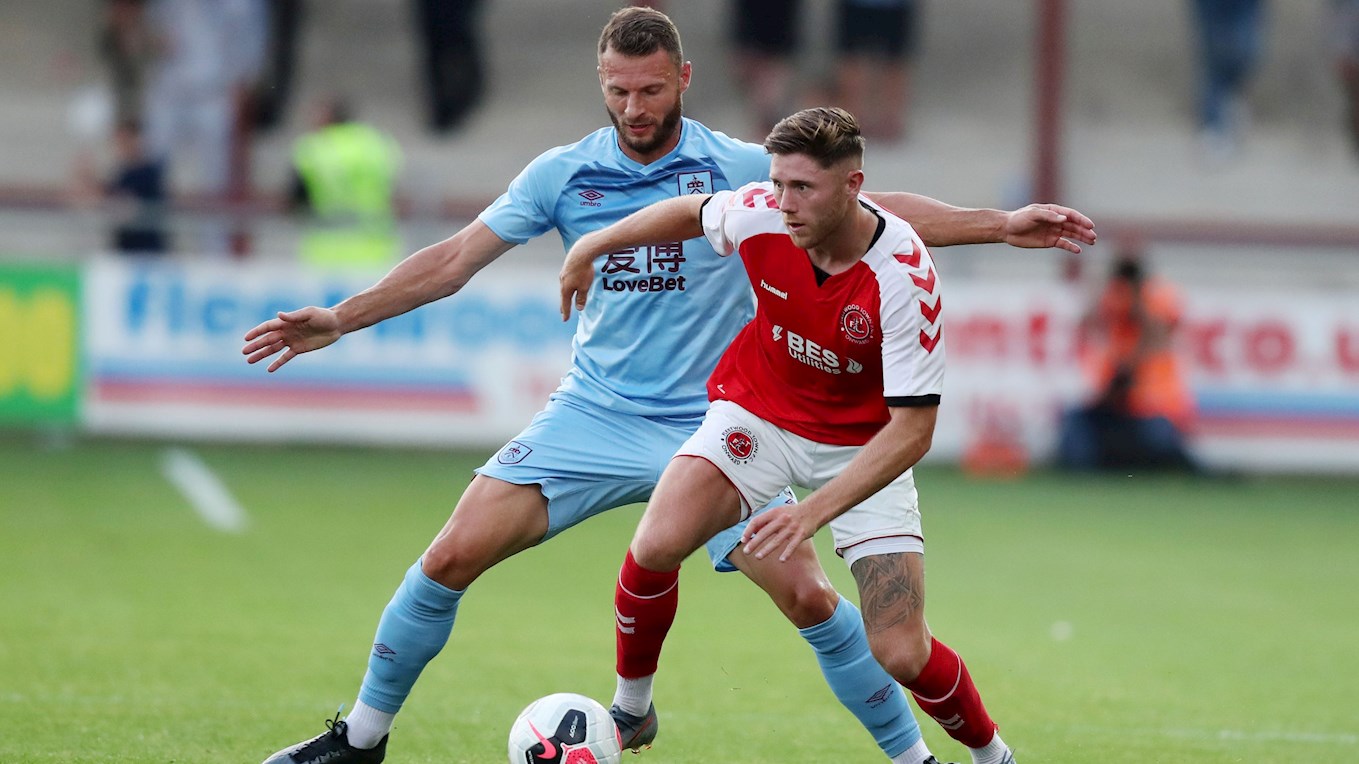 Peterborough have had a busy pre-season with nine fixtures, with matches against Grimsby Town, Bedford Town and Championship side, Reading.

Darren Ferguson has made plenty of signings in the summer, with the latest being Knight – who rejoins the club after a successful loan spell at the Weston Homes Stadium.

The boss has confirmed that only Matt Godden is unavailable for the opening day fixture due to a slight strain, but is expected to be fit for their match away at Oxford United. 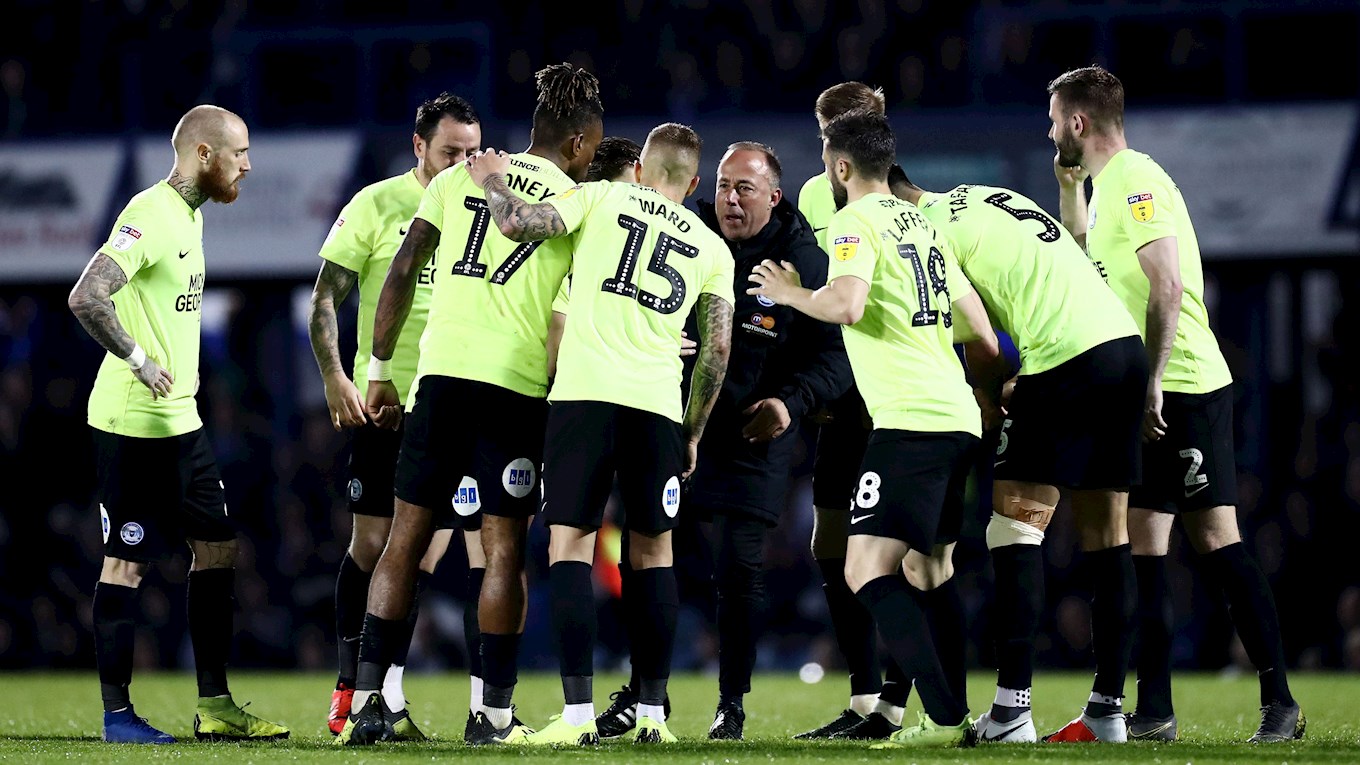 Fleetwood Town head coach Joey Barton spoke to the press on Thursday ahead of the opening game of the season. You can read more by clicking here, or watch the full interview on our official iFollow. 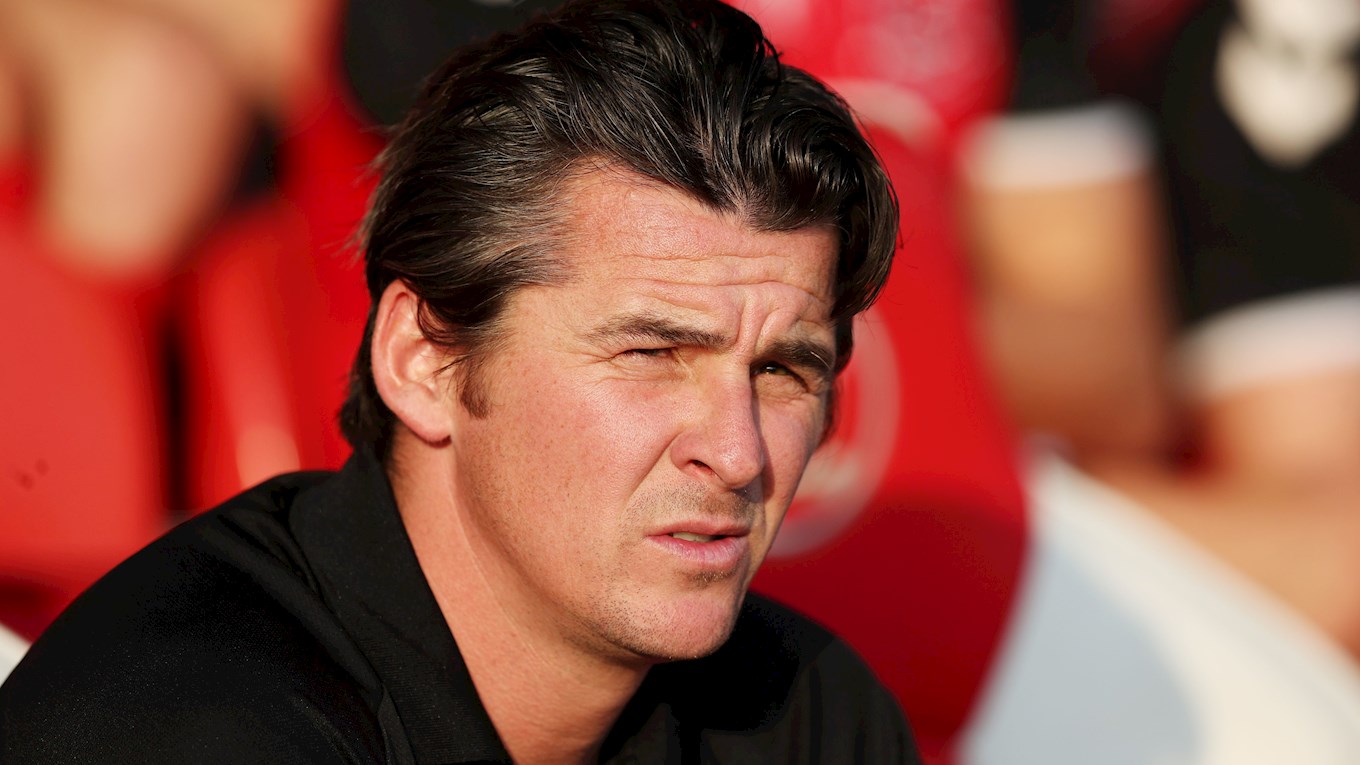 The last time Fleetwood and Peterborough met was at the back end of last season at Highbury Stadium.

With Darren Ferguson seeing his side take the lead through Marcus Maddison, Town fought back to level through Ashley Hunter after local lad James Hill put in a deadly throw-in which wasn’t cleared by the Posh defender. The match finished one-a-piece. Watch the full highlights.

The one to watch for Peterborough is Marcus Maddison. The 25-year-old scored against Fleetwood last time the two sides met, and has been ever present for the Posh since his arrival in 2014.

The creative midfielder started off his career at Newcastle United, before he headed to Scotland to play St Johnstone. He then moved to Gateshead in August 2013 on a free transfer where he played 34 times, scoring 13 goals.

Peterborough came calling in 2014 and within three months, he won the Football League Young Player of the Month award after scoring 4 goals in 5 games. He scored 12 goals and made 22 assists in all competition in the 2017/18 season, with his partnership with Jack Marriot being spotlighted that year. 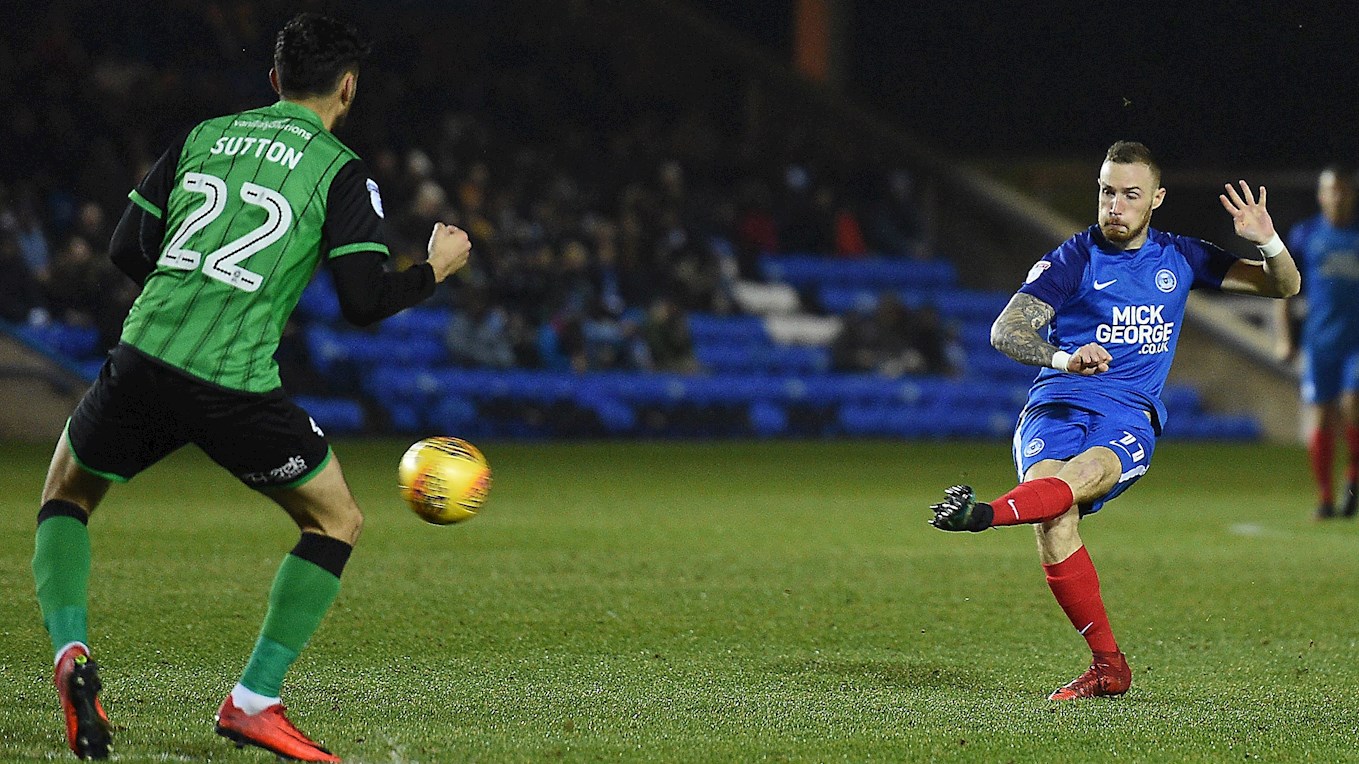 * A REMINDER THAT TICKET PRICES WILL BE INCRESED BY £2 IF BOUGHT ON THE DAY OF THE GAME. 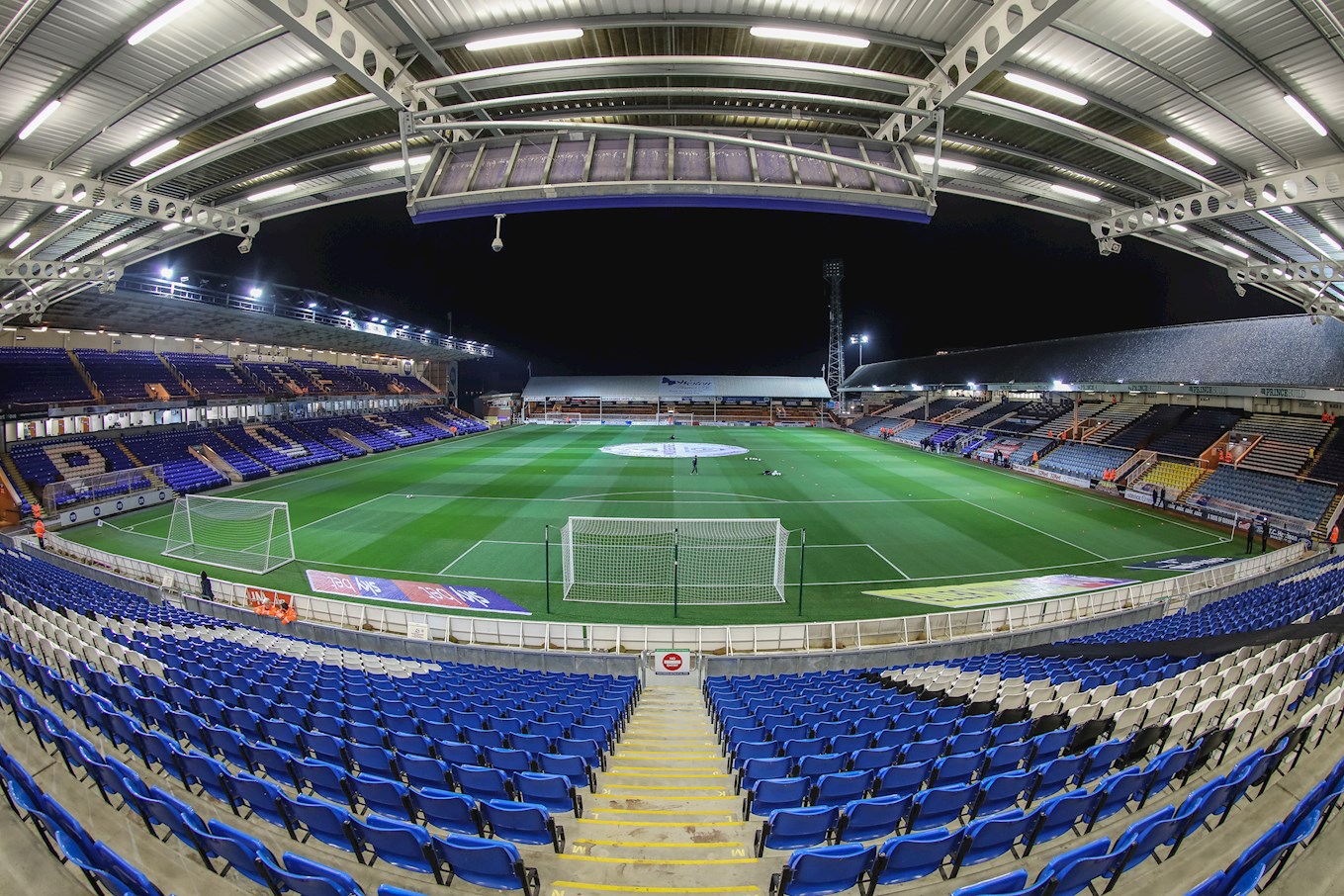 Fleetwood are currently 23/10 to collect all three points on the day, with a draw - just like in the last fixture - being 23/10.

For Joey Barton's side to win the game and both teams to score in the match, the odds are 6/1.

And for Wes Burns to score the first goal of the new season for the Cod Army - Get odds of 10/1! 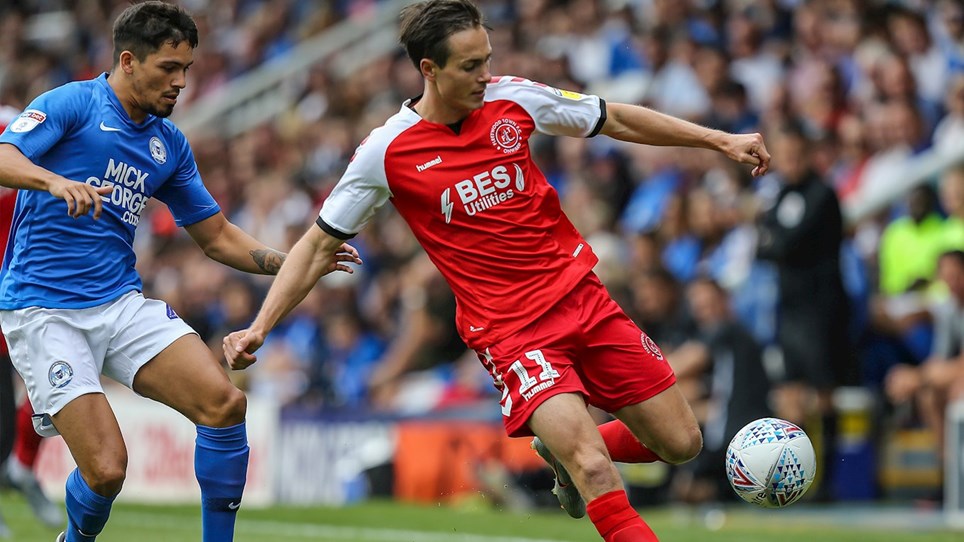 
Here are some of the best images from Fleetwood Town's opening day victory over Peterborough United at The Weston Homes Stadium on Saturday. 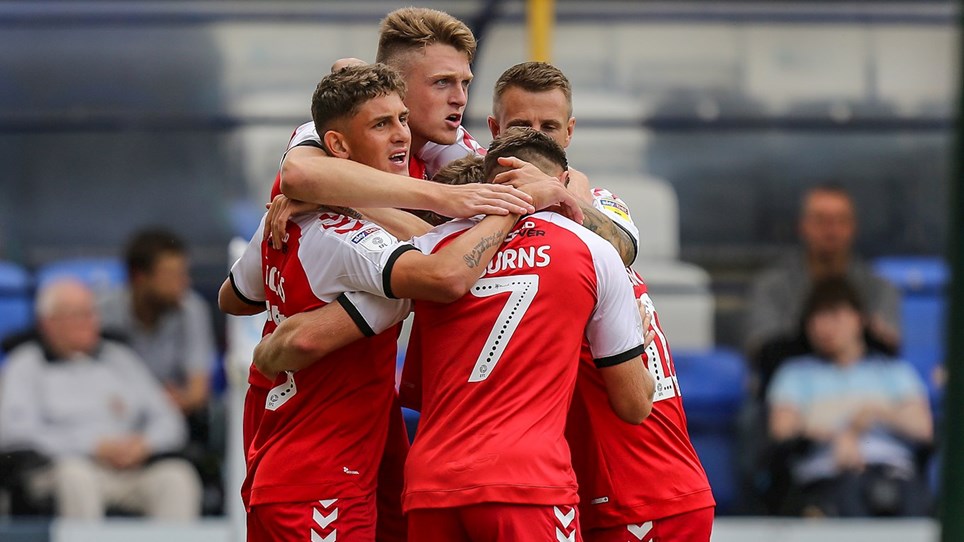 
Here are the highlights from Fleetwood Town's 3-1 win over Darren Ferguson's Peterborough United on Saturday.

Fleetwood Town open the 2019/20 season with a comfortable 3-1 win away at pre-season promotion hopefuls Peterborough United.

With the sun shining down on the Weston Homes Stadium, it was Fleetwood who set the season alight early on with two quick goals from Harry Souttar and Josh Morris - which silenced the home crowd after an electric pre-match atmosphere from the Posh fans.

The home side did come out of the traps the quickest in the second half and with Ivan Toney grabbing his first of the season, it was then Danny Andrew to score Town’s third and the final goal of the match with a fine free-kick from 25-yards.

You'd have to say it was the perfect start for the Cod Army when Souttar scored the opening goal on the 4th minute of the game. Paul Coutts took the corner and after drilling it into that dangerous area of the pitch, it was the big man who rose the highest to head the ball home.

Morris made it two ten minutes later when he lobbed the keeper from close range. And after the long ball over the top, all the attacker had to do was get a soft touch on the ball and lift it over Christy Lym to see it find the back of the net. Just the start Town deserved for their positive approach.

Peterborough – who on the pitch and in the stands looked frustrated, did have moments in the first half but Town stood resolute in the back four and midfield three to limit Posh's chances in front of goal.

Siriki Dembele was the player looking most likely to make something happen for the hosts, and when he got one on one with Lewie Coyle, he worked a yard of space to shoot at goal, with Cairns pulling off a smart save with his feet.

As the teams then went in for the half-time, and a possible hair dryer treatment from Darren Ferguson, would we see a different Peterborough side that what was on the pitch in the opening 45?

Just as expected, Peterborough did come out of the traps the quickest after the break and with the threat of Dembele and Marcus Maddison after he came on the pitch, the home crowd were lifted – but only to see Fleetwood in the way of every shot that came their way.

Fans’ favourite George Boyd returned to the club in the summer, and when he got the ball played to him 25-yards from goal, there was only one thing in his mind. With his shot at goal, it was up to Cairns to deny the creative midfielder.

The home side pulled one back after Maddison whipped in a dangerous ball into the penalty area, and it was Ivan Toney who guided it home to give them some hope against the Cod Army.

Ashley Hunter was introduced into the game with 15 minutes to go, and went through on goal however was fouled by Beevers outside the Posh area. A set-piece the defender wish he had never given away.

Andrew placed the ball on the spot and curled his free-kick into the far corner, giving Pym not much opportunity to tip it out for a corner. With the pressure on the Cod Army, it was the perfect time to get the third goal.

With three points on the board, and a promising performance from all Fleetwood Town players, it’s now a week until they welcome AFC Wimbledon to Highbury in the first home league match of the new season.


Here are some of the best images from Fleetwood Town's opening day victory over Peterborough United at The Weston Homes Stadium on Saturday.


Here are the highlights from Fleetwood Town's 3-1 win over Darren Ferguson's Peterborough United on Saturday.

The big kick-off is now less than a week away, when Fleetwood Town begin their 2019/20 Sky Bet League One season at Peterborough United!

The Cod Army have come through their pre-season campaign, ending with an impressive 1-0 win over Championship side Preston North End last Friday at Highbury.

Fleetwood supporters will be based in Block A and B of the North Stand, with prices as follows:

*Please note – Adult, Senior and Under 22 prices all rise by £2 if purchased on the day of the match, so we recommend on buying in advance. Under 18 prices rise by £1.

The club are also running official supporters coaches to Peterborough, with the price only £5 for Onward Card holders! For all other supporters, the price is £23. Coaches will depart Highbury Stadium at 8:30am on Saturday morning.

For any further information on this fixture, or to buy tickets and travel, either visit Highbury Stadium’s ticket office, or call 01253 775080. 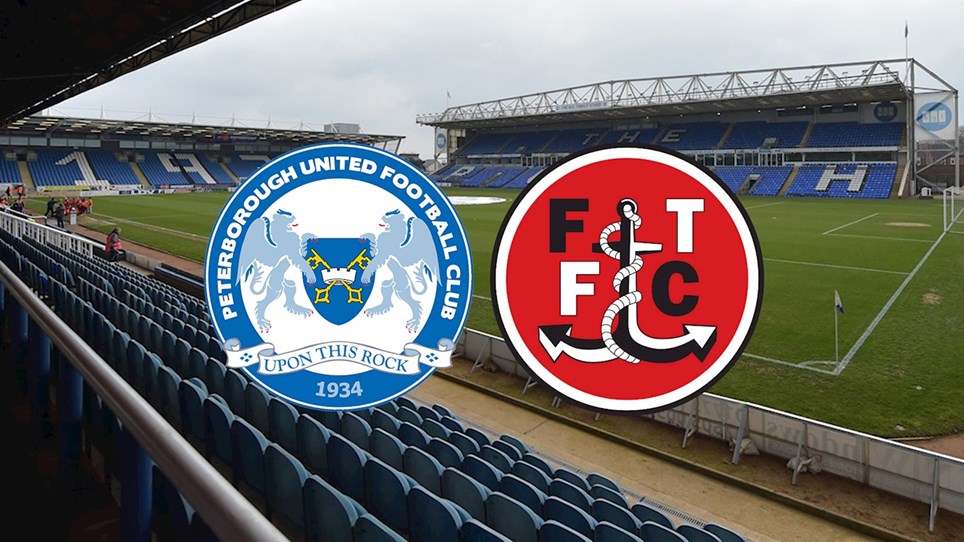 Ticket and travel now on sale for the big kick-off


Fleetwood Town can announce that tickets for the first Sky Bet League One match of the season against Peterborough United are now on sale.