Joey Barton has named his side to face Sky Bet League Two side Crewe Alexandra in the First Round of the Carabao Cup at Gresty Road.

Barton has made eight changes to his starting 11, with Alex Cairns, Lewie Coyle and Gethin Jones keeping their place in the side.

Striker Paddy Madden captains the side after coming off the bench to score the second goal in a 2-0 victory against Oxford United last weekend. Midfielder Harrison Biggins starts alongside Jack Sowerby and Nathan Sheron. Sheron became the first ever academy graduate to feature in a Football League game, and is given the nod tonight.

The game is live on iFollow, and you can listen to full match commentary from 7:45pm. To access the live commentary, click the link.

Fleetwood Town are through to the second round of the EFL Cup for the first time in their history after beating Crewe Alexandra on penalties at Gresty Road on Tuesday night.

Jason Holt came off the bench to score his first goal for Town with a stunning long-range effort in the second half, after Crewe took a first half lead through Ryan Wintle.

With the scores tied at 1-1 after 90 minutes, the game went straight to penalties, and it was Town who came out on top when Ashley Hunter slotted a cool effort to edge a 4-3 penalty shoot-out win. Alex Cairns earlier made a wonder save to give Hunter the chance to win it.

Head coach Joey Barton made eight changes to the side that beat Oxford United 2-0 at the weekend, with Alex Cairns, Lewie Coyle and Gethin Jones retaining their places in the starting 11.

It was a lively affair throughout the match, and forward Paddy Madden, who was captaining Fleetwood on the night, had the game’s first real chance. Midfielder Jack Sowerby delivered a dangerous ball in from the right hand side, but Madden’s header glanced wide of the post inside two minutes.

Crewe midfielder Callum Ainley had the home side’s first effort, but after picking the ball up and turning towards goal, his long-range effort sailed over the crossbar.

Sowerby was again involved for Fleetwood, threading a clever through ball to forward Wes Burns on the right, who’s effort was sliced well wide of Crewe goalkeeper Dave Richards’ near post.

Crewe threatened through winger Charlie Kirk, who picked the ball up on the left wing and lofted a cross into the box, but striker Jordan Bowery failed to connect with his header.

In the 25th minute, McAleny went clean through on goal for the Cod Army, and his driven effort bounce back off the far post after beating Richards. McAleny then squared the ball to Madden, but his follow-up effort bounced over the crossbar.

Despite Town having the best of the early chances, it was Crewe who took the lead in the 33rd minute through Wintle, following a corner from the home side. Fleetwood failed to clear Kirk’s cross, and Wintle was on hand to smash the ball past Cairns from close range to make it 1-0 to the home side.

Burns then had a good chance for Fleetwood in the 43rd minute, and some clever footwork took him past two Crewe defenders, with his resulting strike failing to hit the target.

Crewe came close to doubling their lead on the stroke of half time, with defender Harry Pickering curling an effort narrowly wide from 30 yards, before the referee blew his whistle for half time.

Barton made one change at half time as Fleetwood searched for an equaliser, with Rangers loanee Holt coming on for Nathan Sheron.

Fleetwood enjoyed a strong early spell of possession, and their pressure soon paid off when Holt scored his first goal for the club in the 52nd minute to make it 1-1. After good work from Madden on the right, the ball fell to Holt on the edge of the area, and his first time effort flew past Richards and into the corner of the net.

Both sides pushed for a winning goal, and Crewe threatened when Harry Pickering swung in a free kick from the left towards striker Jordan Bowery, whose header was well blocked.

Town had the majority of possession in the second half, and pushed for a second goal through Burns, who controlled a long ball from defender Tommy Spurr on the right hand side, but his low cross into the box was cleared.

Town had a late chance to snatch the win through substitute Hunter, who took on his man and smashed a low shot across goal, and his effort went narrowly wide of the far post.

Crewe had their best chance of the second half in the dying minutes. Ainley drove forward and substitute Tom Lowery kept the ball alive by pulling the ball back to Wintle, whose effort flew over the bar.

With neither side able to find a winner, the referee blew for full time and the tie headed straight to penalties. Captain James Jones stepped up first for the home side, and his effort crash off the top of the bar.

Madden then put Town 1-0 up, slotting a calm effort to the left of Richards. Alex Nicholls then leveled it for Crewe, going down the middle, but substitute Chris Long then regained Town’s lead with a powerful effort to make it 2-1.

Crewe substitute Lewis Riley then sent the goalkeeper the wrong way to level it back up at 2-2. Goal scorer Holt made it 3-2, his effort narrowly finding the corner. Pickering then blasted his spot-kick into the corner to level it up at 3-3. Town midfielder Harrison Biggins saw his effort saved by Richards, but then Cairns saved brilliantly high to his left from Perry Ng to swing the tie in Town’s favour.

It was down to Hunter to seal an historic victory, and he calmly slotted his effort past Richards to send Town through to the second round for the first time.

Joey Barton's side will look break new ground on Tuesday, and qualify for the second round of the competition for the first time in the club's history.

The Cod Army will be situated in The Whitby Morrison Stand, with ticket prices as follows:

Coach travel will cost all supporters £10, with the coaches departing from Highbury Stadium at 4pm on the day. 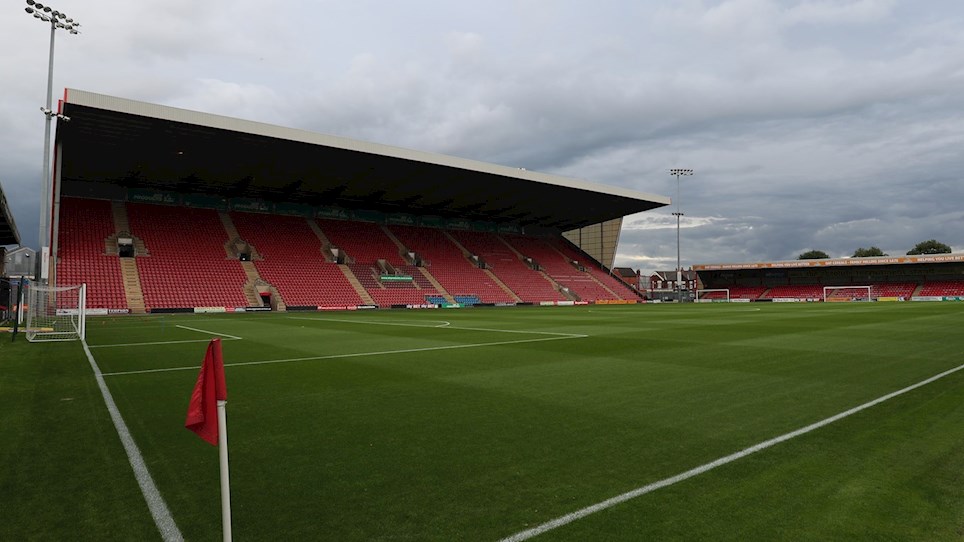 
Tickets are now on sale for Fleetwood Town’s Carabao Cup first round match against League Two side Crewe Alexandra.