Fleetwood Town return to action on Tuesday night as they head to Lancashire rivals Blackburn Rovers at Ewood Park.

Town left it late on Saturday to secure a 2-0 win over Oxford United thanks to goals from Bobby Grant – on his 100th league appearance for Fleetwood – and Jordy Hiwula.

Rovers were frustrated in their last outing as they were held to a 0-0 draw at Wigan Athletic. Blackburn also had midfielder Elliott Bennett sent off for a second yellow. 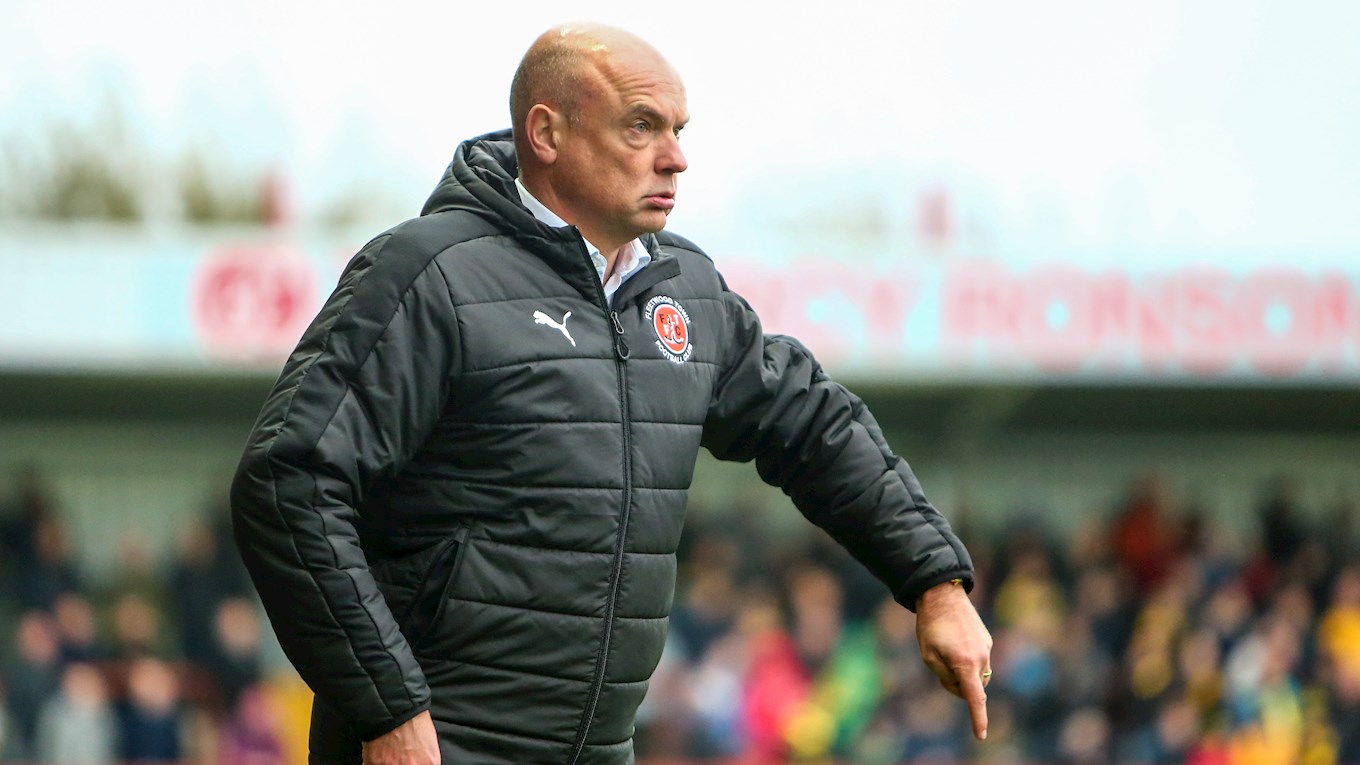 "Our club has never played against Premier League champions, so it is a chance for us to show what we can do against a historical club.

"They are a big favourite in the league with the biggest budget and a good record against the teams in the top half.

"I like Tony [Mowbray]'s style of play and he has done a good job bringing a calmness to the club.

"It's a great opportunity for us to play in a big stadium where their fans will expect a comfortable win, so it is up to us to spoil the party." 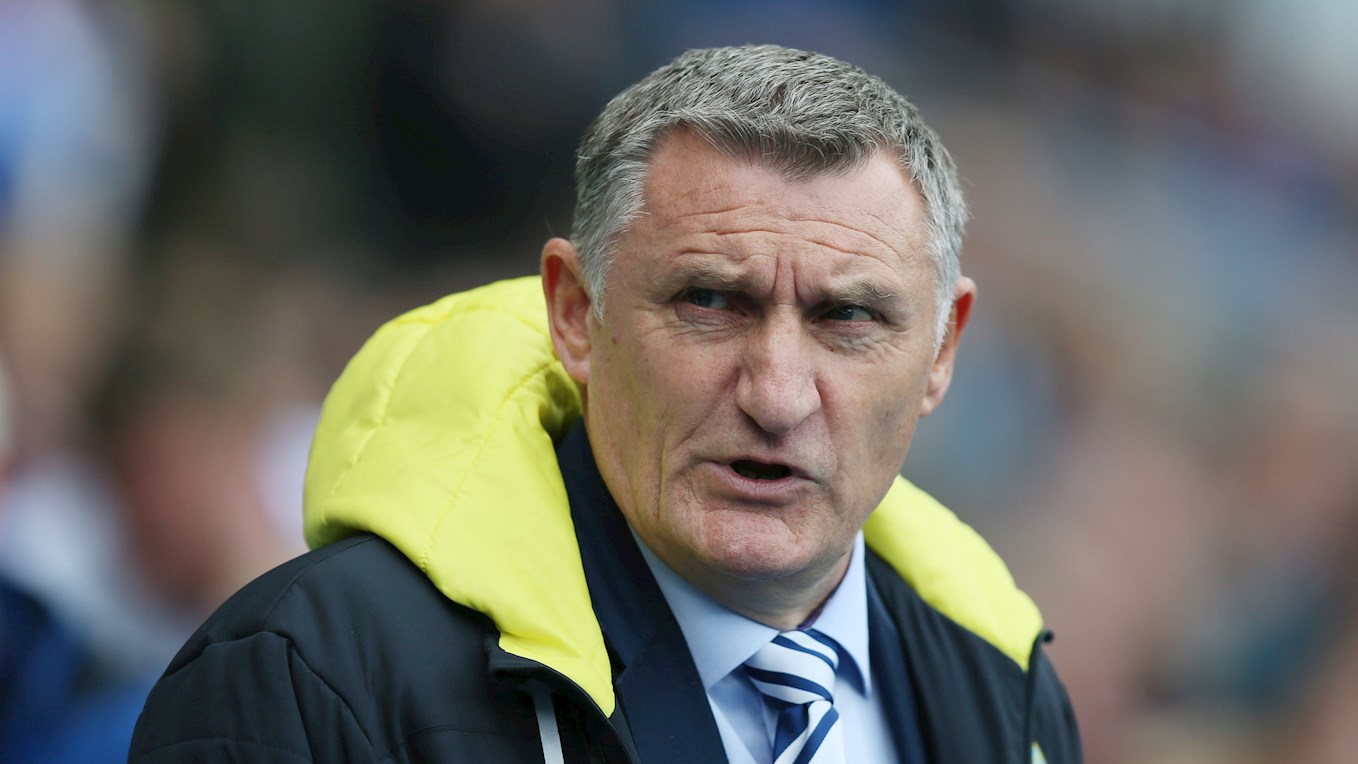 "Tuesday is an opportunity for us. We have to have confidence and belief and look for three points.

"It's about balance and we'll keep searching for the winning formula.

"Hopefully things start to unfold to give us a clearer picture of the league and I think we can get stronger as the season goes on." 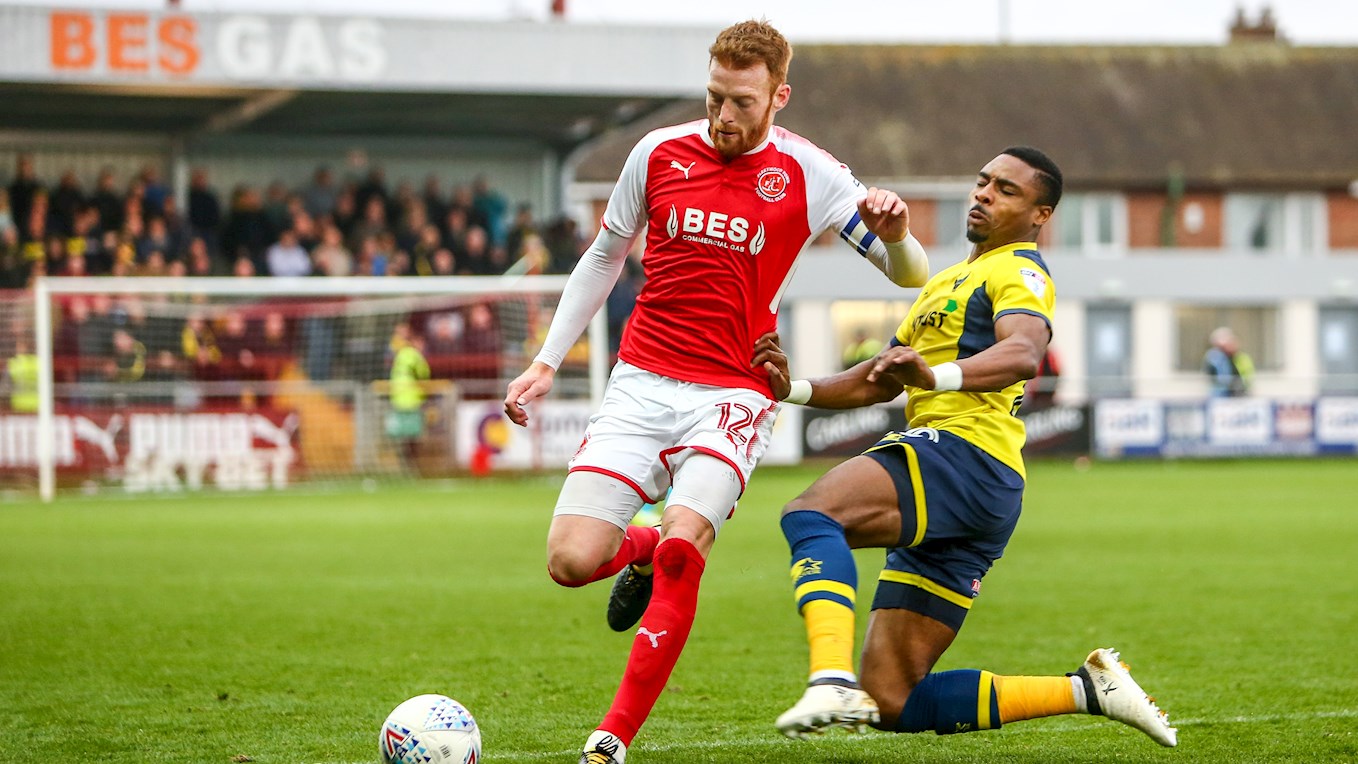 Uwe Rosler should have a full side to pick from for Tuesday’s match, with no suspensions after Cian Bolger returned from a one-game ban in Saturday’s game at Oxford.

Tony Mowbray will be without Elliott Bennett after his red card on Saturday. Dominic Samuel is also suspended. Long-term absentee Darragh Lenihan is still out with a broken foot. 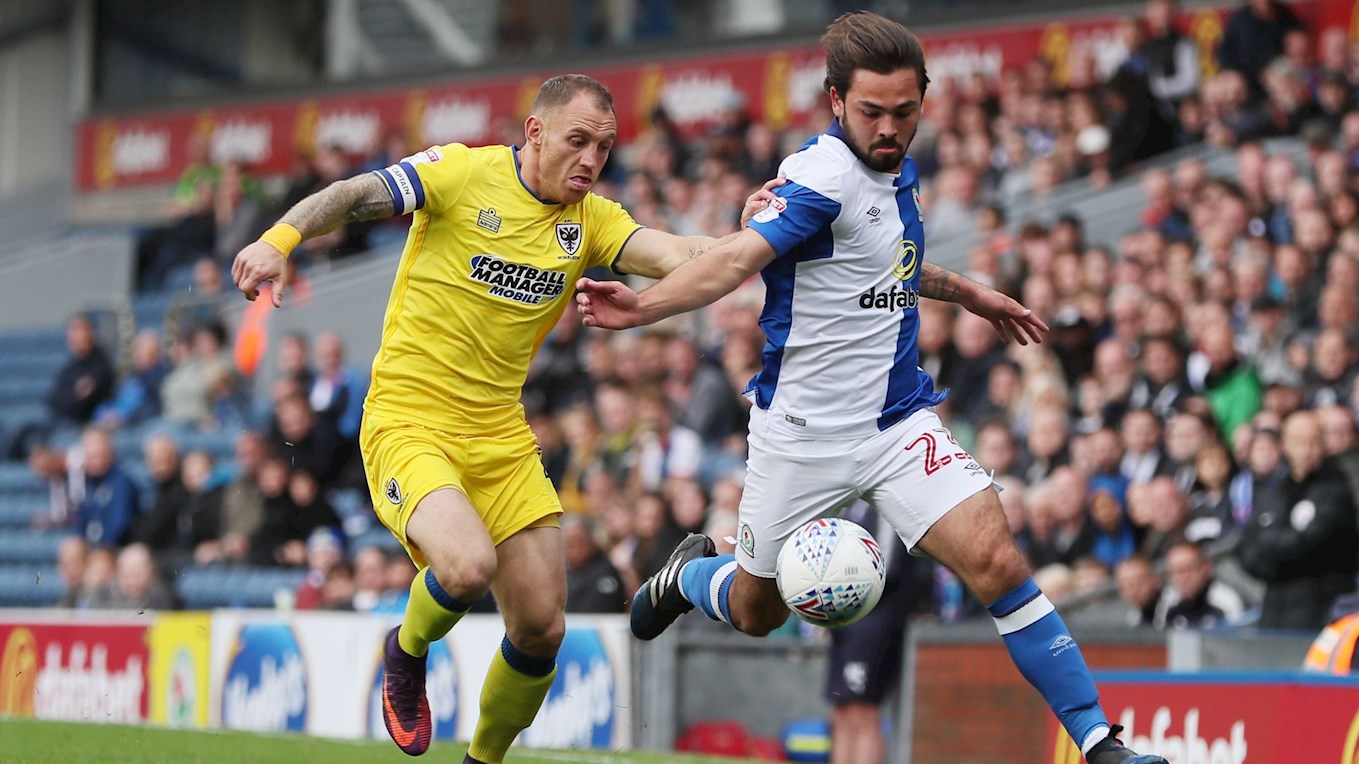 With his awards racking up, it’s easy to see why Tony Mowbray splashed the cash to bring in such a talented player. His three goal haul this season includes equalisers against Plymouth and Shrewsbury.

Blackburn and Fleetwood have only met once at senior level, in last season’s Checkatrade Trophy where Town won 1-0 at Highbury. Devante Cole with the goal that night. 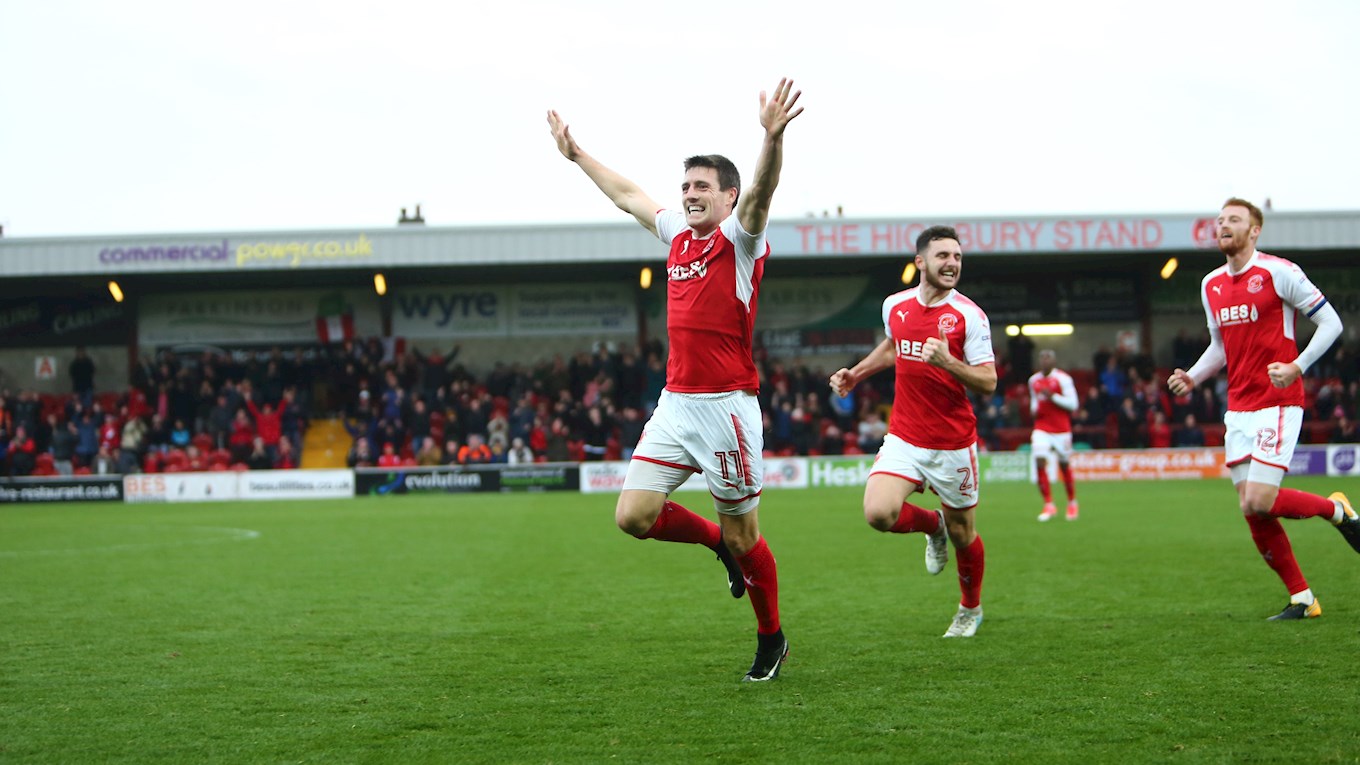 If you’re feeling confident that Fleetwood will take all three points at Ewood Park, Uwe Rosler’s side can be backed at 4/1 to win, while the hosts are priced at 8/11.

Conor McAleny to find the net anytime in the 90 minutes is 3/1, while Devante Cole is 11/2. Bradley Dack and McAleny both to score in the match sits at 11/1. 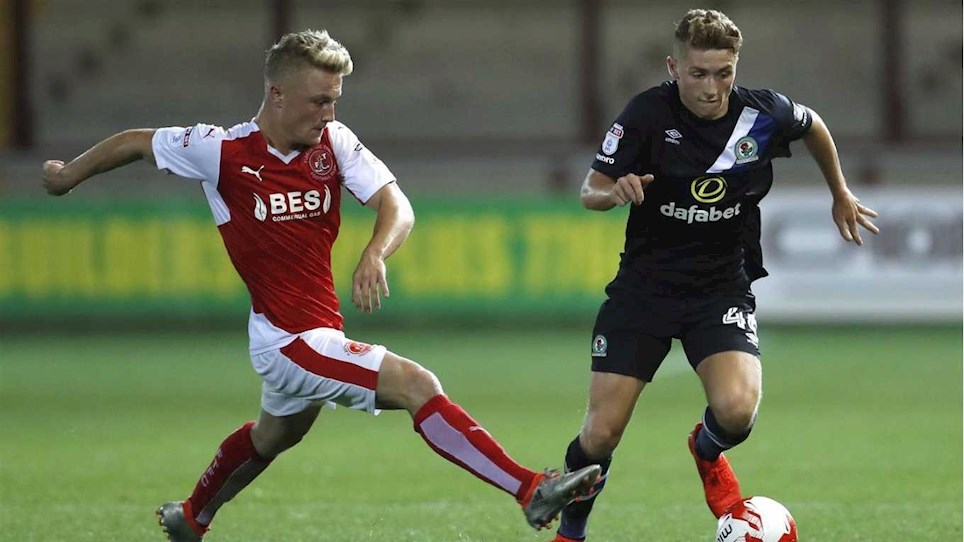 
Uwe Rosler’s side travel 30 miles down to road to face local rivals Blackburn Rovers in the EFL for the first in the club's history. 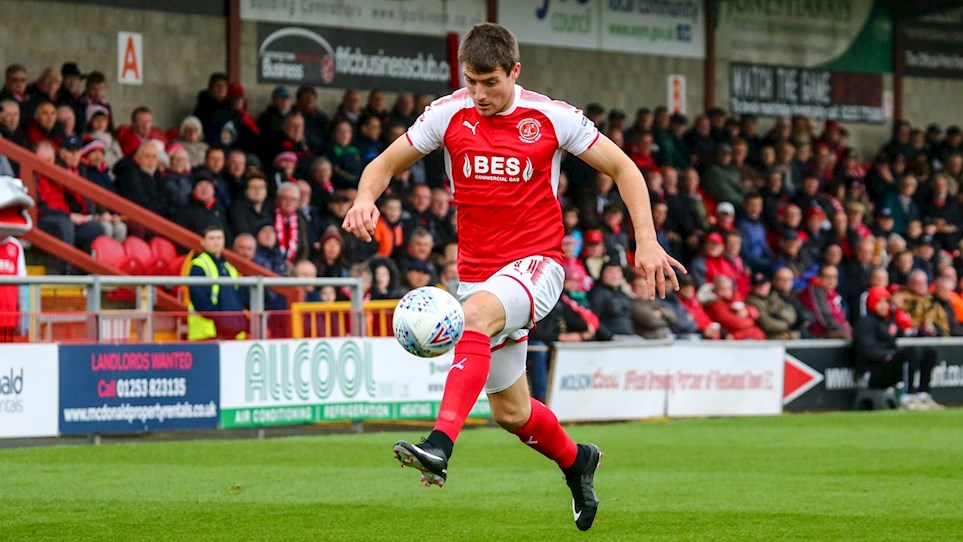 
Fancy a bet ahead of Fleetwood Town’s game against Blackburn Rovers this Tuesday evening? See the latest odds with our EFL partner Sky Bet. 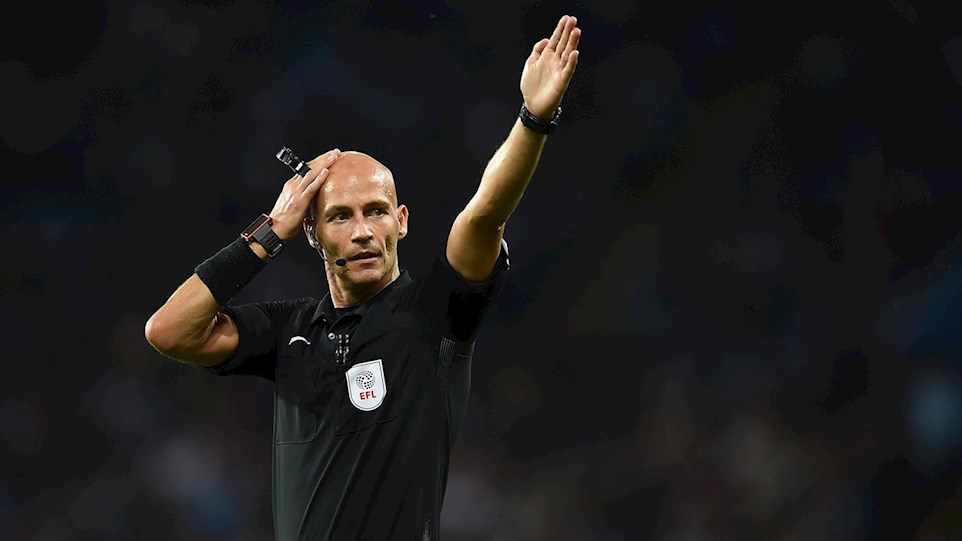 
The referee for the Sky Bet League One fixture between Blackburn Rovers and Fleetwood Town is Darren Drysdale. 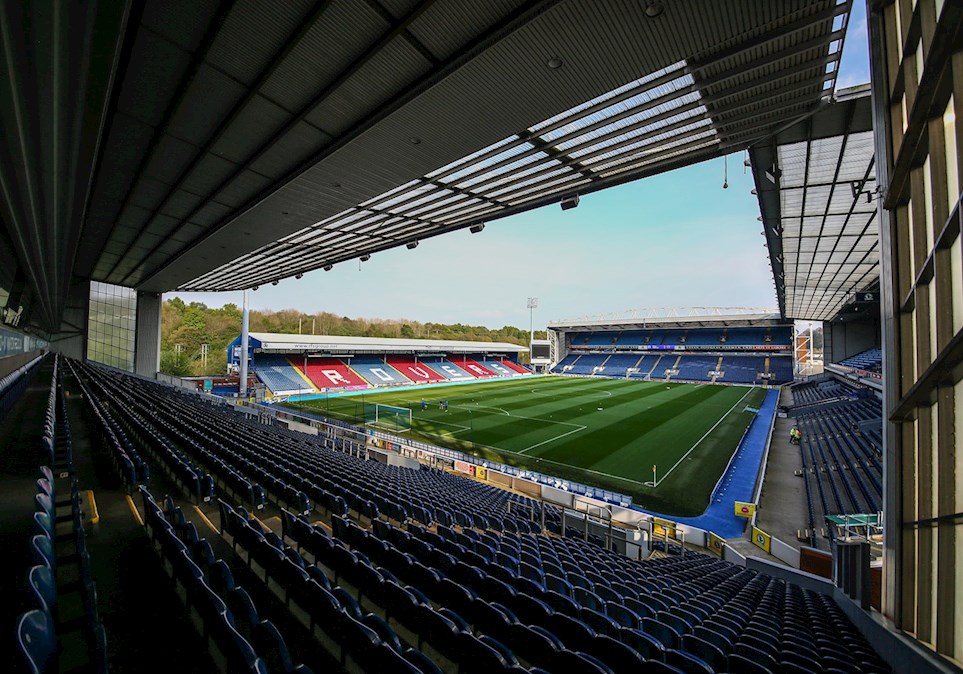 Blackburn Rovers fixture to be rearranged


Fleetwood Town can confirm that our Sky Bet League One fixture with Blackburn Rovers has been postponed.

Fleetwood Town came from behind twice to brilliantly earn a point as they drew 2-2 with Blackburn Rovers on Tuesday night.

Wes Burns’ 83rd minute goal along with Aiden O’Neill’s equaliser midway through the second half give both sides a share of the points.

Uwe Rosler made two changes to the side that beat Oxford United 2-0 on Saturday, with Jordy Hiwula coming in for Devante Cole and Ashley Hunter making his first league start of the season.

The home side started the brightest winning the first corner only two minutes into the match. Ex-Cardiff City man Peter Whittingham found himself in a lot of space outside the Fleetwood 18-yard box, he hit a thunderous shot at goal, but Cian Bolger was there to block the effort away for a corner.

Rovers put pressure on Town with consecutive corners. Charlie Mulgrew whipped in a dangerous delivery from the corner spot in the 6th minute; Marcus Antonsson was the player unmarked inside the box, but he couldn’t direct his header on target.

It was Town who nearly took the lead in the 9th minute through Bobby Grant. The midfielder - who made is 100th league appearance for the club on Saturday - tried his luck from 25 yards but was denied by Raya, who tipped it over the bar.

Both sides moved the ball around well in the opening 25 minutes, but it was Town who were silencing the crowd with their patient build-up play and high press of Tony Mowbray’s side. After a great move down the right hand side, the ball fell nicely for Grant, who struck one on the half volley from range. This time Raya made a simple save.

Rovers attacking midfielder Dack stole the ball from George Glendon in the middle of the box, he broke away with pace at Town defence, went past Cargill before hitting a low driven shot at goal, making Cairns pull off an unorthodox save with his legs.

Five minutes before the break; the Town goalkeeper made another big save. This time Dack was picked out by Whittingham on the edge of the box, he turned to slot a well weighted through ball to Antonsson; however, the midfielder’s first time effort was saved and teams were level entering the half-time break.

The second half saw Rosler make one change and this saw Grant replaced by Burnley loanee O’Neill. The substitute was straight into the action playing a pass into Kyle Dempsey, he laid the ball off to back Lewie Coyle, whose low shot at goal was blocked inside the area for a corner.

From the resulting corner, the ball fell nicely for Cargill six yards from goal; he fired his shot straight at Raya who collected the ball on the second time of asking.

The home side took the lead in the 54th minute through Dack. Cairns did well to get a hand to Danny Graham’s initial header; but not enough on the save to see it eventually reach Dack at the far post; who headed the ball home from close range.

The visitors made another change on the hour mark. Cargill came off with Cole coming on giving the Cod Army another attacking option. With the substitute came a formation change for Town.

Town got that equalising goal in the 65th minute when Hiwula flicked a long ball over the top to strike partner Hunter, who timed his run well with his effort being saved by Raya. Despite the save; the goalkeeper could only parry it O’Neill who calmly buried the rebound under the Spanish keeper.

The home side reacted well to conceding the goal and with some brilliant play down their left hand side, Mulgrew crossed the ball into the box causing Cairns for difficulties, but his team were there to help him out to clear it from under the bar.

Moments later, Rovers took the lead for the second time. With his first league goal of the season, the substitute Nuttall pounced on a defensive error and with the ball going through a crowd of bodies, he was waiting at the far box to bundle the ball into an open net.

Town didn’t let that affect them and within two minutes, Hunter got on the end of Coyle’s deep cross. His first touch allowed him to get a shot off but this first shot was blocked. The ball bounced back to the 22-year-old and his second strike at goal was well saved by Raya.

Wes Burns came on for Hiwula and within ten minutes of coming on, he got Town back on level terms. Raya split Glendon’s corner on the line, and Burns was there to capitalise on the mistake and sent the 430 travelling Town fans in hysterics.

Five minutes were added on by referee Darren Drysdale and it was Town who pressed for the winning goal. Cole thought he got onto the flick on by Bolger, but he saw the linesman's flag up for offside.


Uwe Rosler’s side travel 30 miles down to road to face local rivals Blackburn Rovers in the EFL for the first in the club's history.


Fancy a bet ahead of Fleetwood Town’s game against Blackburn Rovers this Tuesday evening? See the latest odds with our EFL partner Sky Bet.


The referee for the Sky Bet League One fixture between Blackburn Rovers and Fleetwood Town is Darren Drysdale.

Blackburn Rovers fixture to be rearranged


Fleetwood Town can confirm that our Sky Bet League One fixture with Blackburn Rovers has been postponed.

Uwe Rosler's side travel to Ewood Park for the first ever league meeting between the two sides on Tuesday 31st October (7:45pm k/o).

The match was originally sceduled for Saturday 2nd September, but was called off due to Rovers having players called up to their respective international teams.

Fans are reminded that if they purchased tickets or travel for the original date, they will still be valid to use for the rearranged match.

Ticket prices for the match are as follows:

Coaches will be departing Highbury at 5pm and 6pm, with the price just £7 for all supporters.

To book either tickets or travel, call 01253 775080 or visit the ticket office at Highbury Stadium.


Tickets and coach travel for Fleetwood Town's rearranged trip to Blackburn Rovers still remain on sale from the club.


Fleetwood Town can confirm that our Sky Bet League One fixture with Blackburn Rovers has been rearranged.