Fleetwood Town head to Carlisle United on Wednesday Night in the Checkatrade Trophy.

Town recorded a 2-1 win away at Chorley in the Emirates FA Cup to see them through to the Second Round where the Cod Army will host Hereford.

Carlisle United were in action at the weekend as they beat Oldham Athletic 3-2 in the FA Cup. Richard Bennett scored twice with Hallam Hope adding another to send the Cumbrian side into the next round against Gillingham. 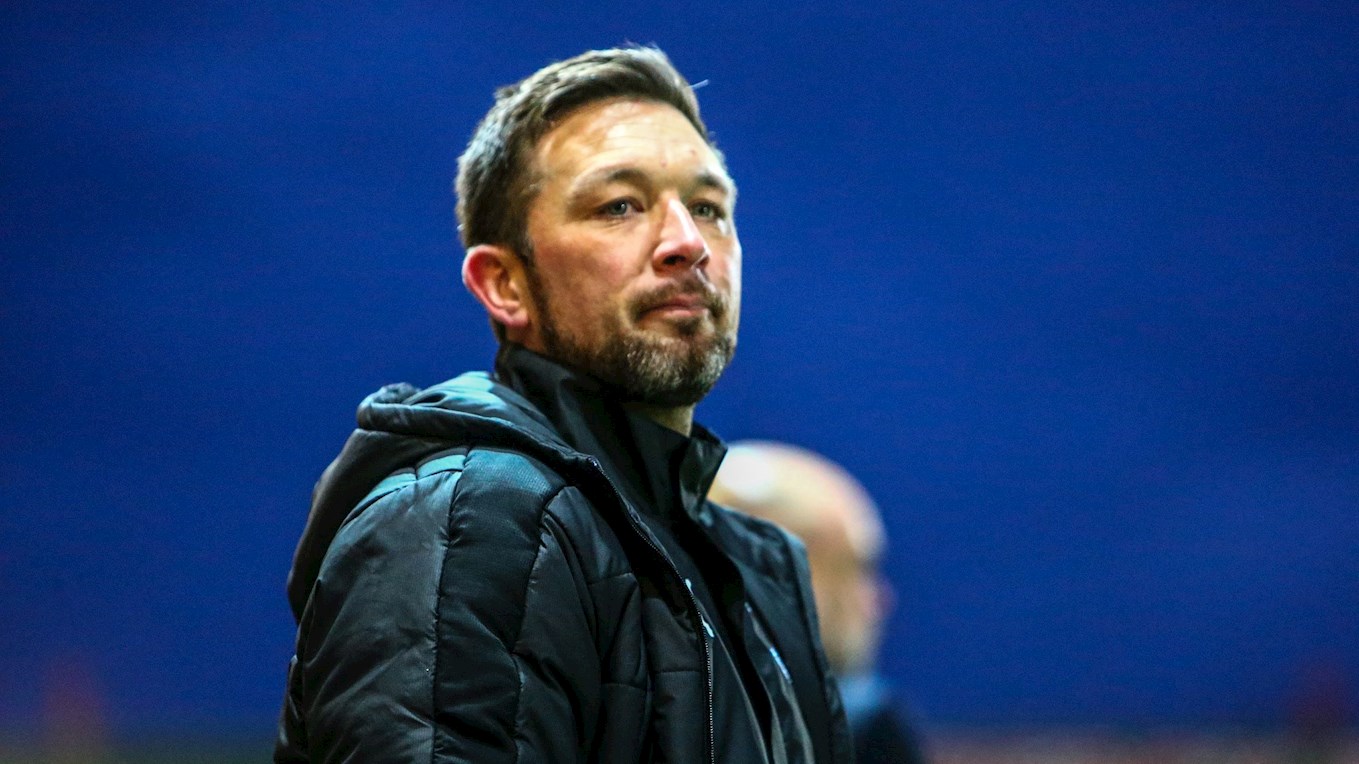 “We are fully focused ahead of the game against Carlisle.

“The players want to finish on three wins out of three and progress into the next round. We know once you’re in the knockout stages, you know you’re one step closer to playing at Wembley.

“There will be changes in the squad. It will be an opportunity to give players game time, but we still need to concentrate on ourselves winning the match.”

Carlisle United defender Tom Parkes returned to action on Saturday against Oldham after picking up a suspension. The 25-year-old joined the club in the summer from National League side Leyton Orient, and now hopes to pick up from where he left off. 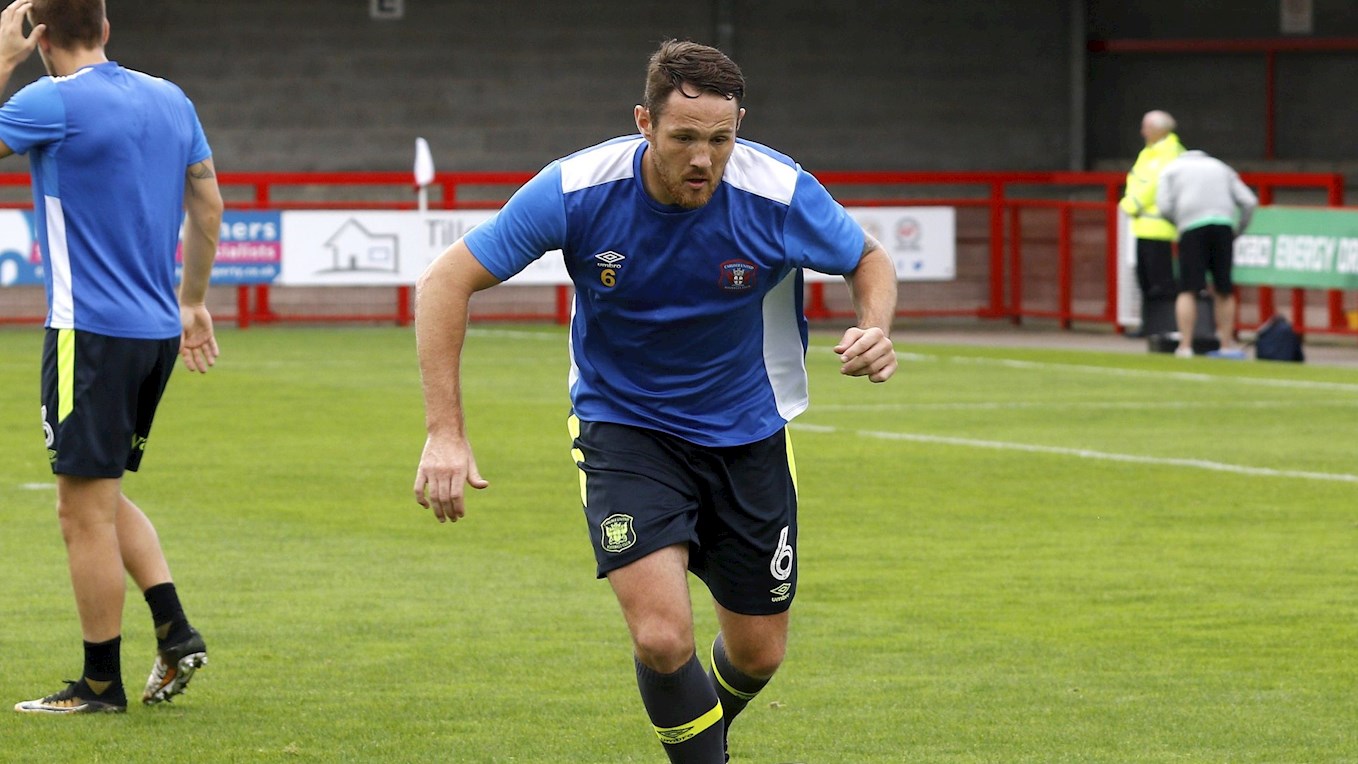 Town will still be without midfielder Bobby Grant after he sustained an injury at Blackburn Rovers, with Conor McAleny still a doubt for the trip to Brunton Park.

Midfielder Reggie Lambe is Carlisle’s top goal scorer this season with six league goals. Lambe started his career at Ipswich before moving to Bristol Rovers on a short-term loan deal. The Bermudian signed for Mansfield Town in 2014, and in his two-year spell at Field Mill, where he scored 10 goals in 67 league appearances. Lambe joined the Cumbrians in the summer of 2016 on a free transfer, and has been a key part of Keith Curle’s squad ever since.

Carlisle and Fleetwood last met in the Carabao Cup back in August. The League Two side won 2-1 in extra-time to reach the second round of the competition.

Keith Curle’s side are favourites and are priced at 6/4 to beat Fleetwood Town.

Uwe Rosler’s men are unbeaten so far in the Checkatrade Trophy, and are priced at 17/10 pick up all three points. 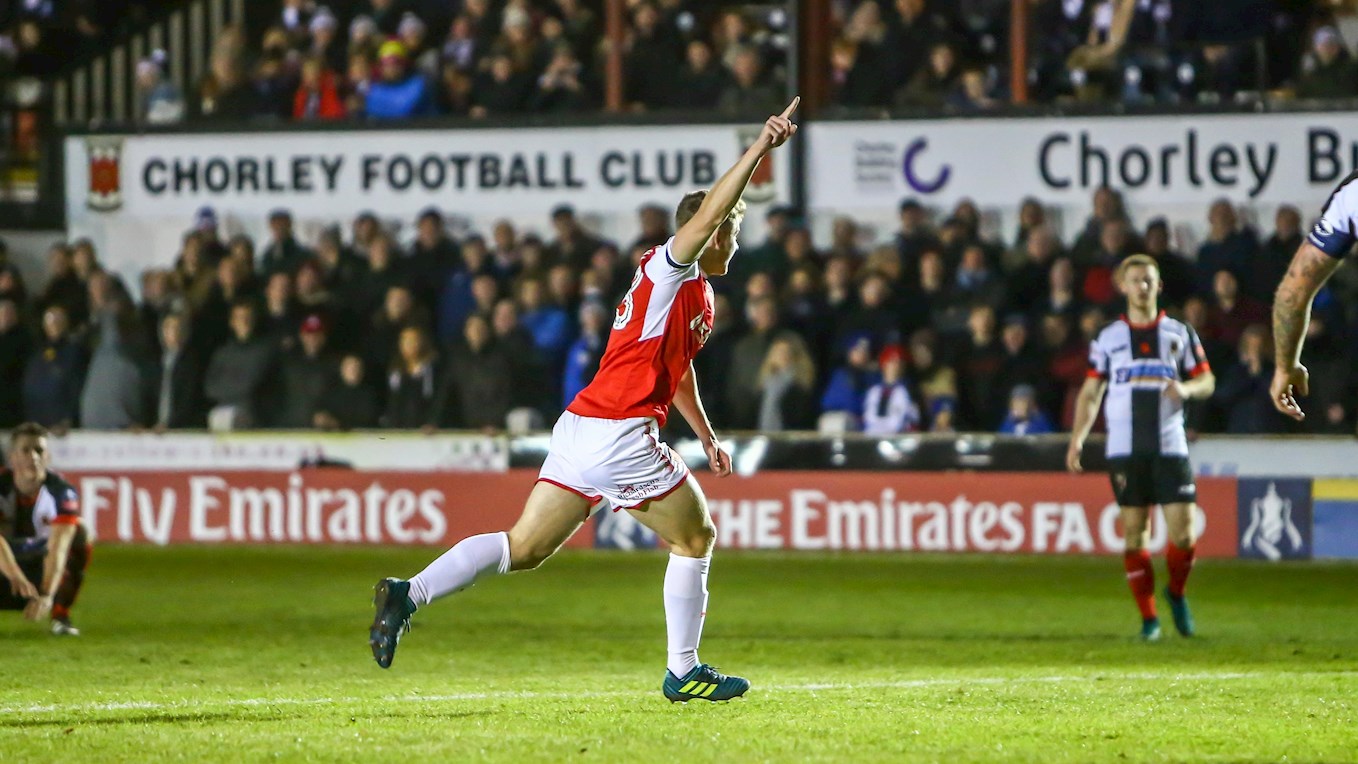 Ashley Nadesan and Wes Burns are both 13/2 to be the first goal scorer, whereas Harvey Rodgers is the outside bet at 40/1.

For the home side, striker Hallam Hope is priced at 11/2 to open the scoring, with James Brown being priced at 40/1 to score first. 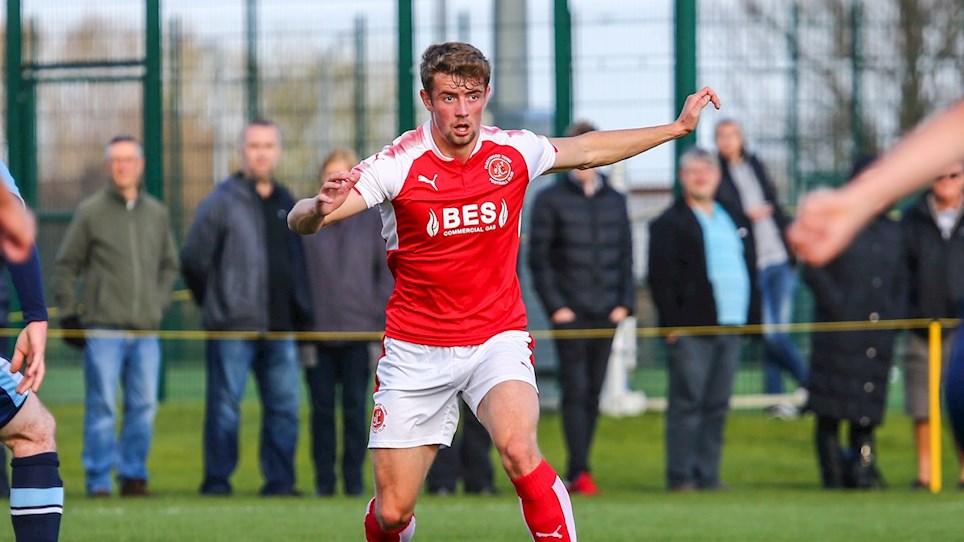 
Head Coach Uwe Rosler has named his side to face Carlisle United in the Checkatrade Trophy. 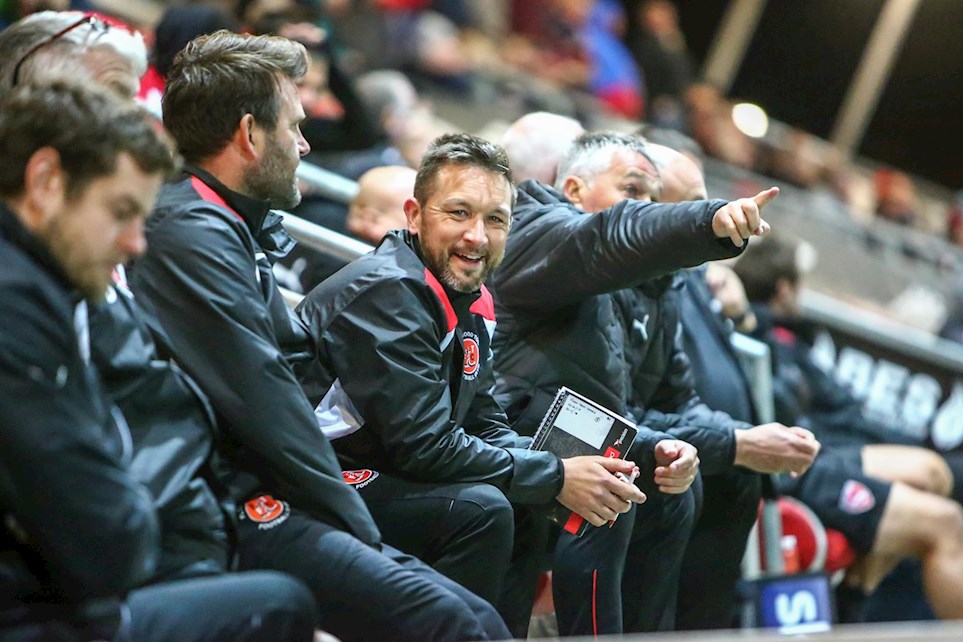 Nicholson says side are ready for Carlisle United


Barry Nicholson says his side are fully prepared ahead of Wednesday's Checkatrade Trophy match at Carlisle United. 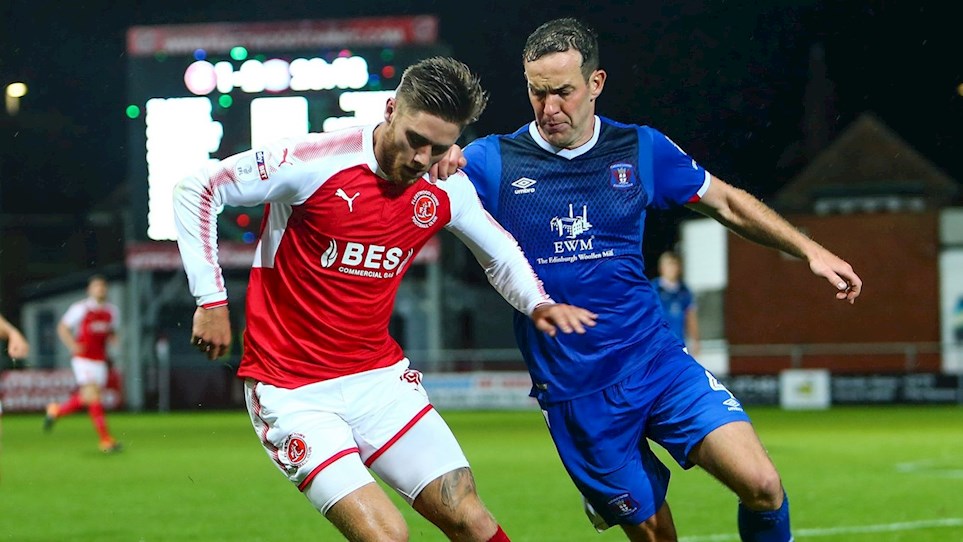 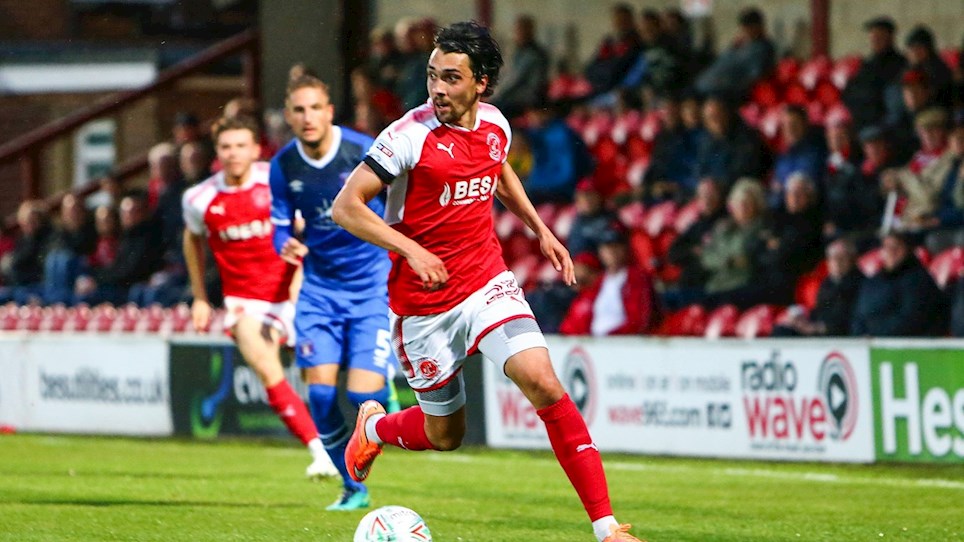 
Fancy a bet ahead of Fleetwood Town’s trip to Carlisle United on Wednesday night? See the latest odds with our EFL partner Sky Bet.

Fleetwood Town picked up their third win of the Checkatrade Trophy to finish top of the table after a 2-1 win away at Carlisle United.

Jack Sowerby and Wes Burns scored for Town on the night to give town all three points at Brunton Park but it was a difficult final few minutes after Shaun Miller scored late on for Carlisle.

Uwe Rosler made a full eleven changes to the side that began Monday’s FA Cup win over Chorley. Only four players survive from Monday’s squad; Chris Neal, Burns, Sowerby and Ash Hunter.

The home side started off on the front foot and the first chance fell for their midfielder Reggie Lambe. He found a yard of space just outside the Fleetwood box, took his effort early but saw it sail over the crossbar.

Fleetwood reacted well and the next chance fell to the away side. Marcus Schwabl played the ball to Sowerby; who then turned to find space and create a shooting opportunity. The Carlisle goalkeeper Shamal George saw the effort all the way and watched it go narrowly wide of his right hand post.

Uwe Rosler’s side took the lead shortly after through Sowerby. He played a one two with Burns, and after he received the ball back, he cut inside onto his left foot and unleashed a low driven shot, which beat George at his near post to give the Cod Army the lead. Great start for Town.

Jamie Devitt nearly levelled for Keith Curle’s side after a mistake by Godswill Ekpolo. His misplaced header fell kindly for the attacking midfielder, who then struck his volley wide of Chris Neal’s goal.

Both sides looked to get the ball down on the floor and play football, but it was Town who pressed for a second goal. Godswill nearly scored after a short corner by Sowerby. The former Barcelona man made a late run to the edge of the box, he took his shot first time which troubled the Carlisle man between the sticks.

Shaun Miller went very close to levelling for score line midway through the first half. He picked up the loose ball from just outside the area, his strike again was just over the bar, and had Neal worried for a moment.

Miller had another glorious chance but again failed to hit the target with his header. James Brown whipped in a dangerous ball into the box; Miller got in front of his defender but couldn’t direct his header on goal.

Just before half time, Town doubled their lead. Godswill broke from the back; he found Harrison Biggins in the middle of the park. The young midfielder worked the ball nicely to find space, he got his shot on target that George spilt, and Burns was there to nod the ball into an empty net.

The second half saw Rosler make one change to his back line and this saw Luke Higham make his first team debut having replaced Baily Cargill. The substitute was straight into the action in his own penalty area and had to clear the ball from Devitt to stop him from pulling one back.

Neal was called into action moments later after and with Devitt pouncing on an error from Rodgers. The striker was left with an open goal to head the ball into the goal, and with the fans waiting to celebrate; Neal came flying across the box to get a strong hand to the ball. Fantastic save!

Keith Curle made two changes with 25 minutes to go and with the introduction of Luke Joyce and John O’Sullivan – who replaced Kelvin Etuhu and Mike Jones – the home side went to get themselves back in the match, and Miller was the man who went close.

Neal was well beaten after Joyce played a through ball into the striker’s feet. He rolled Higham inside the box, took his shot early which caught Neal out, but again the striker didn’t hit the target and Town were let off.

Michael Donohue was brought on with 20 minutes to go and along with Higham, he made his first team appearance for Town. He replaced Ashley Nadesan in a like for like change.

Victor Nirennold had the chance to kill the game after being played through by Schwabl. The well timed pace left the Frenchman one on one with the goalkeeper, and with a heavy second touch, George rushed out and claimed the ball comfortably to then set the home side on the attack.

On the counter attack, the goalkeeper found O’Sullivan on the half way line, he then picked out Cosgrove inside the box after a darting run. The striker turned Rodgers to work space for the shot, but Town’s captain Neal got down low and saved the shot at his near post.

The home side won a penalty after Joe Maguire brought down James Brown, and Grainger stepped up to take the penalty and was denied by Neal. Town’s goalkeeper saved the rebound, but he couldn’t prevent Miller from tapping the third shot on target home.

Carlisle pressed for an equaliser later on but credit to Rosler's side, who stood firm late on to make sure they picked up nine points from nine in the Checkatrade Trophy Group A.


Head Coach Uwe Rosler has named his side to face Carlisle United in the Checkatrade Trophy.

Nicholson says side are ready for Carlisle United


Barry Nicholson says his side are fully prepared ahead of Wednesday's Checkatrade Trophy match at Carlisle United.


Fancy a bet ahead of Fleetwood Town’s trip to Carlisle United on Wednesday night? See the latest odds with our EFL partner Sky Bet.