Fleetwood Town’s Development Squad continue along their pre-season calendar on Wednesday as they face local side Squires Gate at The Brian Addison Memorial Stadium (7:30pm).

Paul Murray’s side were unable to come away with a win in their first pre-season game of the year as they drew 2-2 against Colne FC on Saturday. Goals from Dion Charles and Michael Duckworth put Town in a dominant position but two second half goals ensured Colne earned a draw.

Squires Gate have started pre-season well this year as they have managed to win two out of the two games they played. Their pre-season started with as goal fest at Anchorsholme, with the game finishing 5-3 in their favour. A week later, a much tighter encounter saw Squires Gate just slip past Clitheroe 3-2.

Town are expected to put out a strong side ahead of this fixture, as it is that time of the season as Colne goal scorers Charles and Duckworth will be hoping for more game time. Development Squad players Billy Crellin, Nathan Sheron, Michael Donohue, Alex Reid and Ashley Nadesan all travelled to Austria with the first team last week, and could feature on Wednesday night.

Squires Gate have just acquired the services of midfielder Gal Pett from Wren Rovers and will be looking to field him once against, after he made his debut against Clitheroe. Last season, he ended up being the league’s top goal scorer with 36 goals.

Below is the full Development squad’s pre-season Schedule: 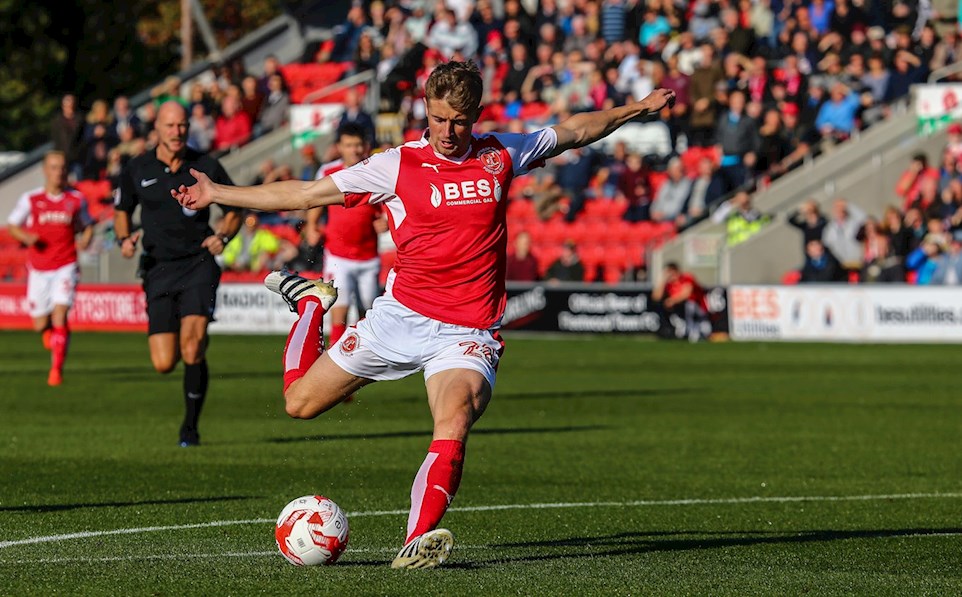 
Paul Murray has named a strong squad ahead of the Squires Gate friendly on Wednesday night (7:30pm).

Paul Murray's side let by seven at the break, with Michael Donohue and Harrison Biggins also netting in the opening 45 minutes.

Former Gate man Jack Sowerby also got himself on the scoresheet in a one-sided game in the Development Squad's second pre-season match of the season.

Gate started the match well to their credit, and managed to keep Town's dangerous front three - Reid, Nadesan and Donohue - under wraps.

The latter when the closest after 21 minutes, cutting inside the home defence and striking the near post. Town weren't to be denied and just a minute later, Reid opened the scoring. The former Rushall man headed home from Donohue's floated cross from just six yards out.

The seemed to open the floodgates and Town added another six goals in 19 minutes. Nadesan claimed an 11 minute hat-trick, as well as Biggins getting his first goal for the club since joining from Stocksbridge Park Steels.

Sowerby - operating in central midfield - ran the game well with Biggins and got his reward with a fine strike from outside the area just seven minutes into the second half.

Reid worked hard all night and got his reward with his third goal of the night, heading home Sowerby's corner in the last quarter.

Town's Development Squad are back in action on Saturday away at National League North side Chorley.


Paul Murray has named a strong squad ahead of the Squires Gate friendly on Wednesday night (7:30pm).