Two well-worked first half goals from Max McMillan and Will Russ give Stephen Crainey’s men a victory, in game which Fleetwood created many chances and dominated possession.

It was the host who had the first big chance in the game. After a lovely move down the left flank, the AFC Blackpool forward caught the ball well in the 18-yard box, but he couldn’t guide his shot on target – a let off for the Cod Army.

Chiekh Thiam was up and down Town’s right-hand side throughout the match, and early in the first half, he managed to drive into space on the inside, get his shot away at goal. Unfortunately, his effort was pulled narrowly wide of the keeper’s left-hand post.

Four minutes later, Fleetwood did manage to find the back of the net. After Danny Edwards picked out Akiel Raffie, the create midfielder could have easily gone for goal, but he was unselfish and found McMillan in acres of space – who tapped the ball home from close range.

Left-back, Ollie Leggett was like his fellow full-back Thiam getting up the wings, and he tried to pick out Russ in the penalty box, but with a bobble it was more like a cross/shot that nearly fooled the AFC Blackpool goalkeeper, but he managed to tip it over the bar for a Town corner.

McMillan should have scored his second midway through the first half, but with another bobble inside the penalty area, his swing at the air tricked himself and those around him as it looked harder to miss than put the ball in the back of the net.

On the half-hour mark, Russ scored a wonderful solo goal to make it 2-0. The target man was a nuisance all evening and after bullying the centre-half, he found a yard of space to unleash his thunderous strike. It found the bottom corner – not much the keeper could do with it! 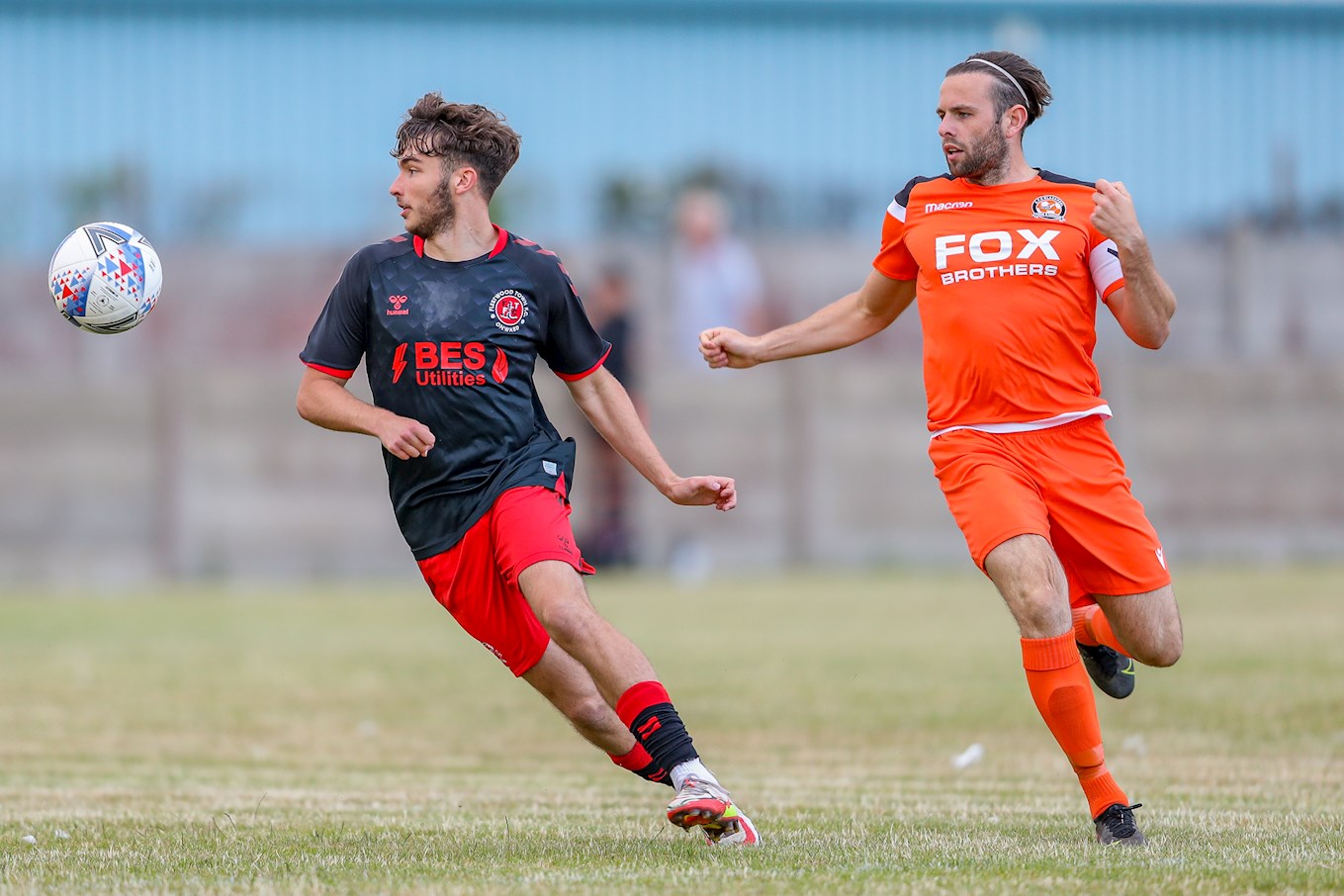 Town kept attacking on what was a difficult surface. McMillan and D. Edwards both had chances late in the first half, but you have to give credit to the hosts back line who blocked each effort in fine style.

With two changes for the visitors, and a handful for the hosts, the second half started off in frantic style.  It was AFC Blackpool who were the brightest – just like in the first half, and if it wasn’t for Town’s trialist keeper, it might have been game on!

With tiredness kicking in on the players’ first game back after the off-season, more changes were made and this saw three first-year scholars make their Under-23s debut – another pleasing aspect to the game for Crainey and the coaching staff.

As 90 minutes struck on the clock, the Referee blew his whistle for full-time. Two goals and a clean sheet for Town gets the young lads off to a perfect start in the 2022/23 campaign.

Fleetwood Town Football Club would like to thank AFC Blackpool for their hospitality and wish them all the best for the upcoming season.

Town go again next Tuesday night, which will see the Development Squad make the trip to Ashton United. 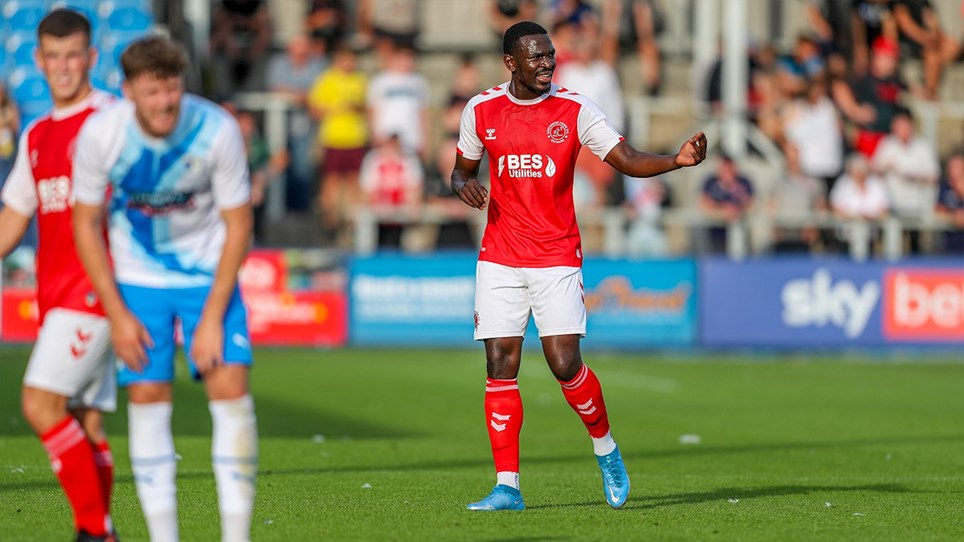 
Fleetwood Town managed to come away 1-0 winners over Barrow AFC at Holker Street on Tuesday evening. 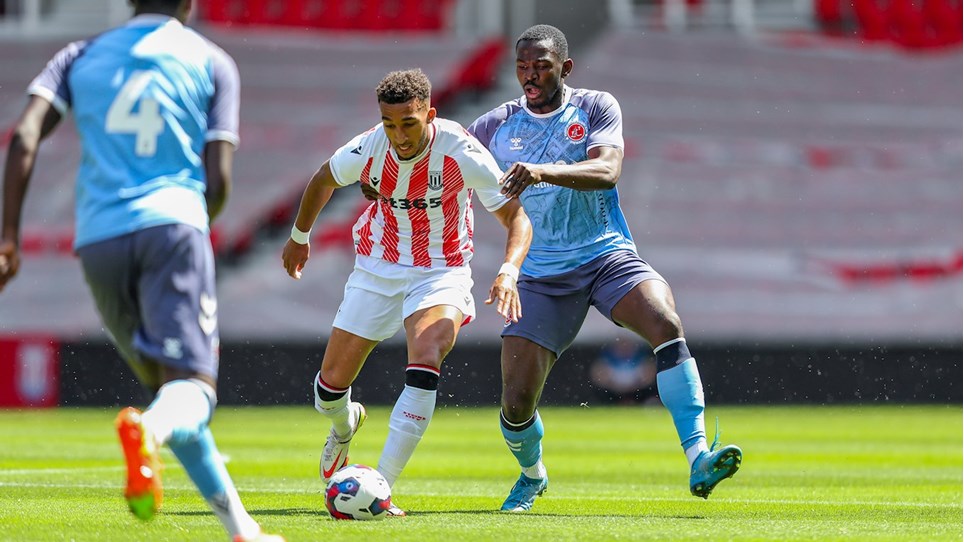 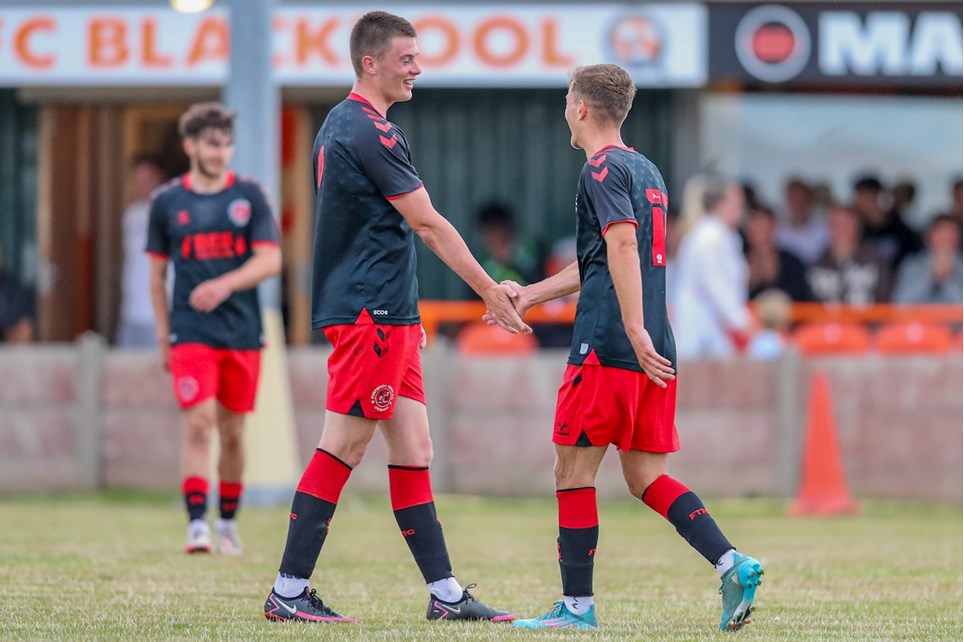 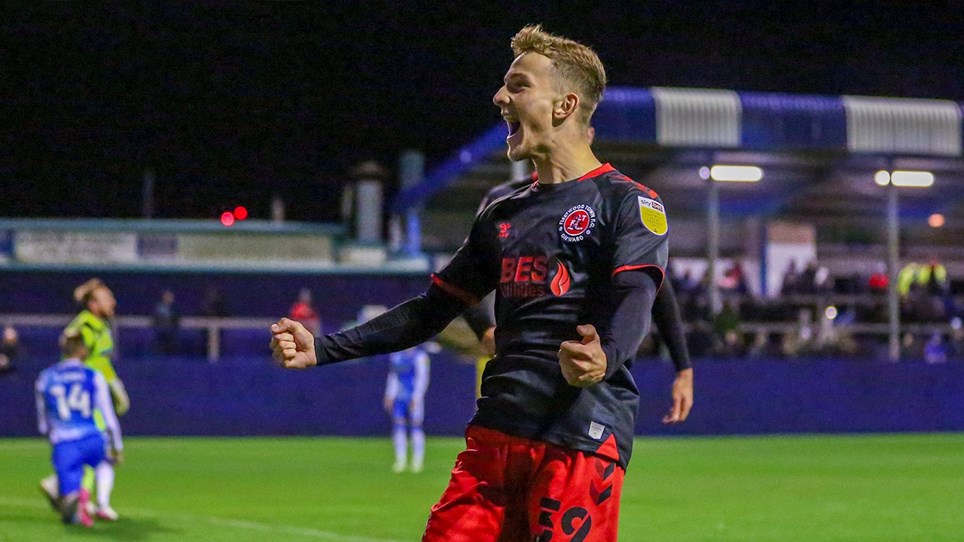 
Tickets and coach travel are now on sale for Fleetwood Town’s pre-season friendly away at Barrow. 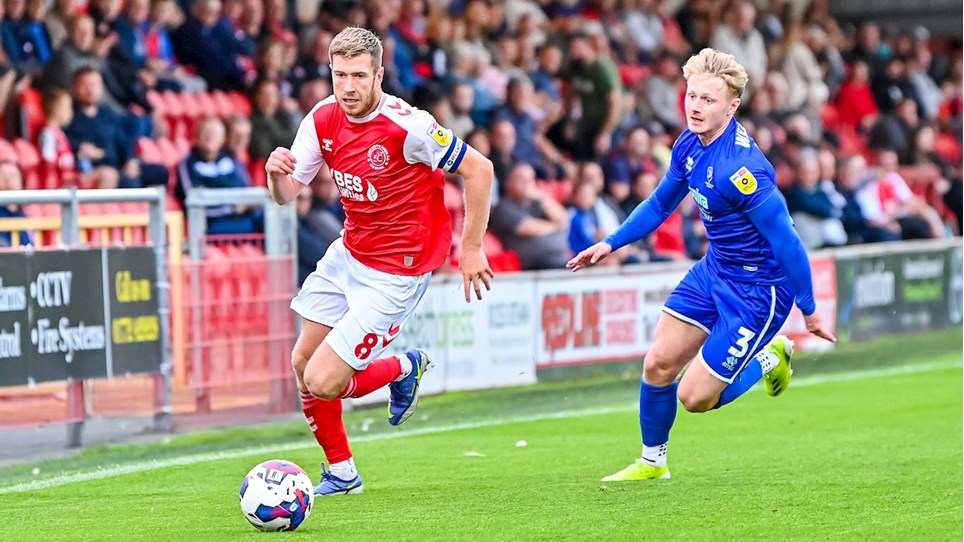 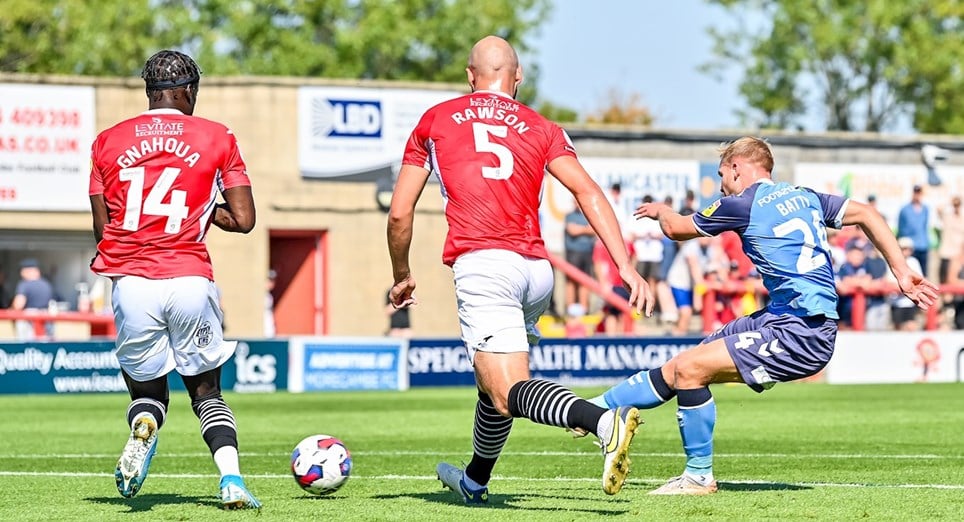 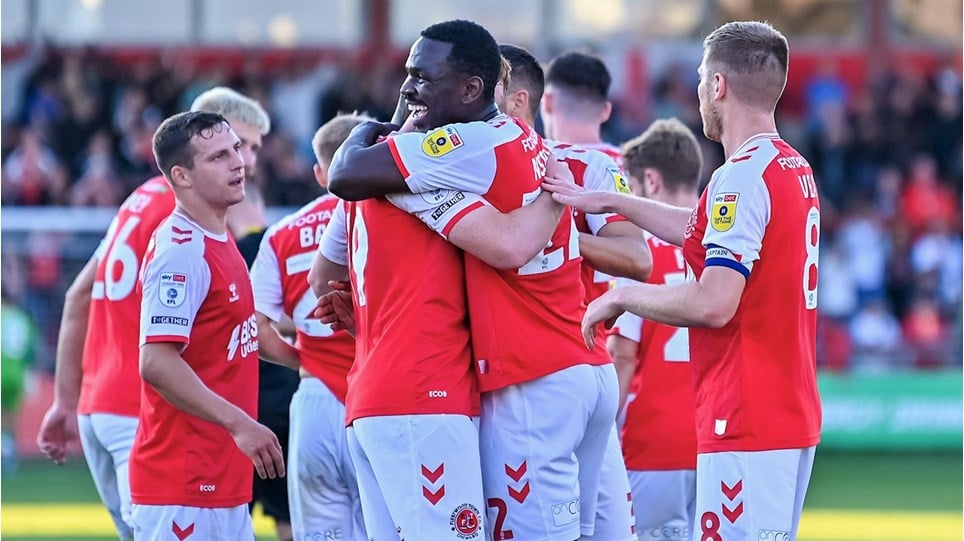 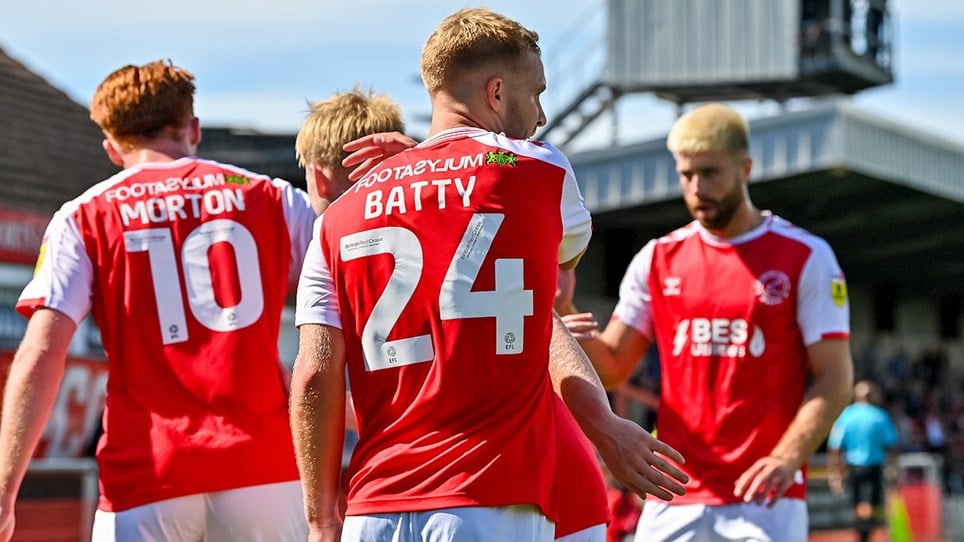