Fleetwood Town face Cambridge United on Saturday 29 January at Highbury in Sky Bet League One, and we have all you need to know ahead of the 3pm kick-off in our match preview.

The Cods are at home for the second time in a week on Saturday with the last outing at Highbury ending in a thrilling 3-3 draw against play-off hopefuls Plymouth Argyle.

The game started slow but then picked up 20 minutes in as Luke Jephcott opened the scoring. Paddy Lane levelled the game up soon after with a brilliant strike, but it was second-half goals from Joe Edwards and Niall Ennis which seemed to seal the result.

A late burst from Town saw the points split one apiece as Ellis Harrison and Anthony Pilkington came up trumps to secure the draw for Fleetwood.

In the game before, Town fell to a 2-0 defeat to Charlton Athletic at The Valley, but it was a two-game win streak against both Doncaster Rovers and Rotherham United. Both games ended in 1-0 wins, with Anthony Pilkington poking home a last-minute winner to beat Rotherham, and Ellis Harrison’s debut goal was the difference in the side’s win over Donny.

Cambridge, who earned promotion from League Two last season, see themselves in mid-table after almost 30 games and are set to make the trip up north to face Fleetwood in what will be a tough fixture.

The U’s have had a packed schedule since the New Year, having played seven games already, and won five of those games. The brilliant run of form started with a goalless draw against Portsmouth before beating Premier League side Newcastle United in the FA Cup five days later.

Wins over Pompey in the Papa John’s Trophy, as well as Lincoln City, Doncaster Rovers, and Crewe Alexandra in the league followed, but their last outing saw them lose in heart-breaking fashion to Rotherham United in the EFL Trophy. 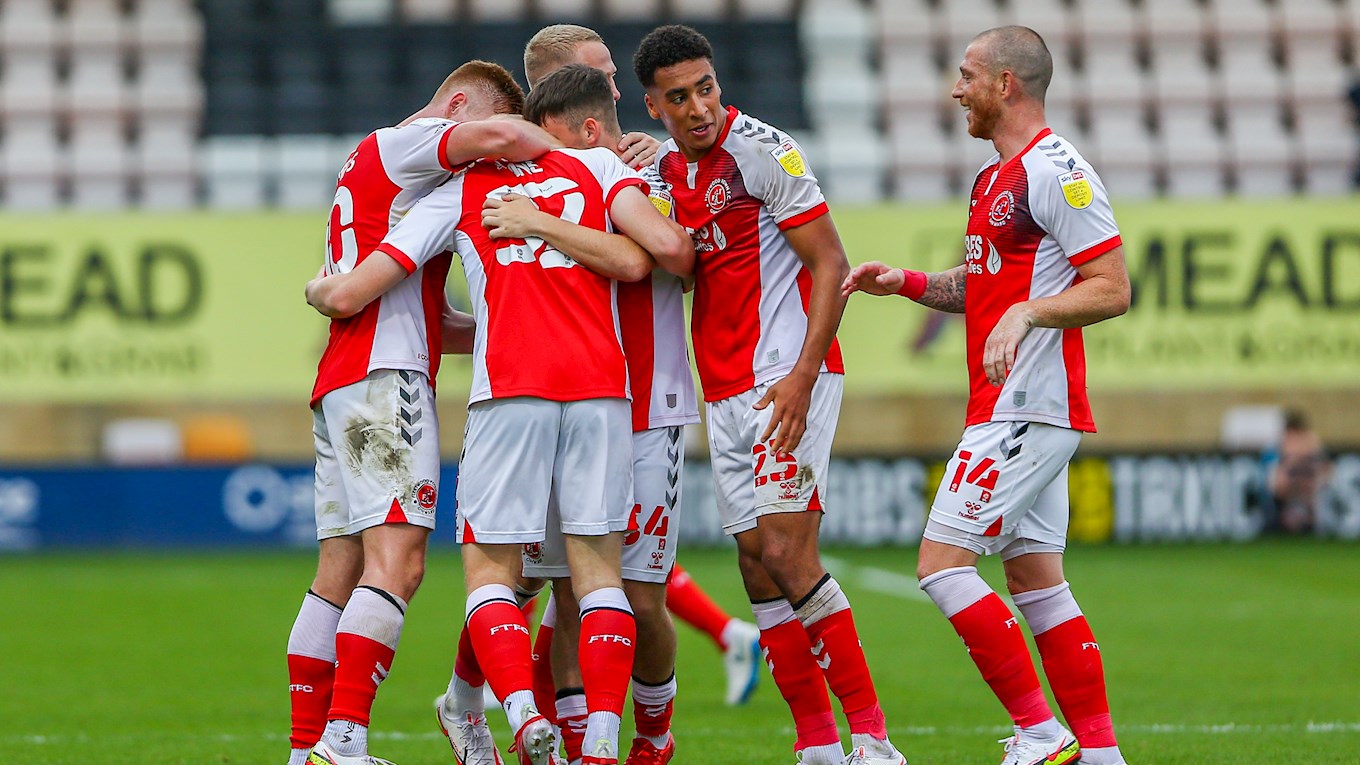 Head Coach Stephen Crainey sat down with the media and previewed his side’s clash against Cambridge United, which will take place at Highbury this weekend. Here is what he had to say in his interview:

“We’re focused on the game on Saturday, and we will be looking to get three points against Cambridge. They are a tough nut to crack, we’re under no illusions how tough the game will be at the weekend, as we know they can mix it up and play with a bit of physicality about them, so we’ll try and get a game plan and structure in place to try and get the win.

“The most pleasing thing from the other night was even at 3-1 down, the fans stuck with us, and they had belief, I’m glad they did, and the lads repaid them with the late goals. They spurred us on to get the equaliser in injury time so if they can continue that kind of support, I’m sure the lads will deliver on the pitch for them.

“I’ve watched their last couple of games, and they’ve got a lot about them; they’ve got a bit of physicality, the like to get the ball down and play when you let them, so we are looking forward to the game. We have started planning for it so hopefully, we can get the game plan right and end up on the right side of the result.”