Fleetwood Town are delighted to announce winger Carlos Mendes Gomes has joined the club on loan from Sky Bet Championship side Luton Town until the end of the season.

Mendes Gomes’ journey before is one to behold as he featured for both the Getafe and Atletico Madrid youth teams, before moving over to England and having to rise up the footballing pyramid with West Didsbury & Chorlton in the North West Counties League.

The Senegal-born forward joins the Cods on the back of a move to a team from the league above, Luton, from fellow Lancashire side Morecambe where he managed to score 16 goals in all competitions, with the last being a League Two play-off winning goal against Newport County at Wembley.

In his first season in the Championship, Mendes Gomes made 14 appearances in all competitions for the Hatters, netting his first goal for the club in their FA Cup fourth round win at Cambridge United.

The 23-year-old is set to wear the number seven shirt, with his loan signing being subject to EFL and FA clearance. 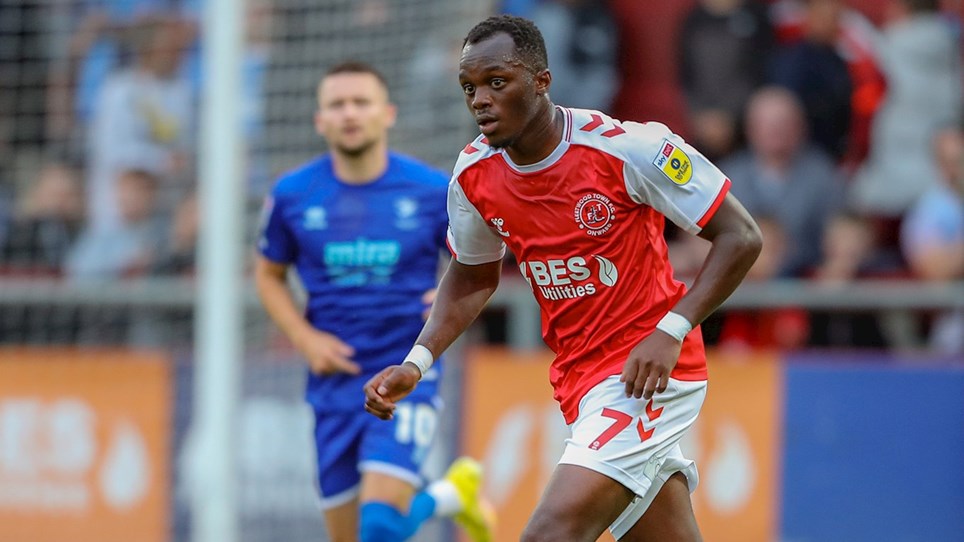 Mendes Gomes: I come to Fleetwood wanting to show what I can do