The 23-year-old has gained plenty of experience at fellow League One side Morecambe, helping them gain promotion two-years ago at Wembley – when they played Newport in the League Two Play-Off Final.

After limited game time at his current side Luton, Mendes Gomes wants to come to Fleetwood and showcase what he can do on the pitch.

Here is what he had to say on the move…

“I am very happy to get this move over the line. I am just ready to start.

“I am a player who likes to get on the ball, dribble past players and score goals for my team. The way I was brought up in Spain has made me the player I am today, but with my time in England, it has taught me a few things and all factors have made me, me.

On meeting the current team and playing games…

“I have started to speak to a few of the lads during this week to get to know them and that is very key. The players and taken me in well. I know Toto [Nsiala] well, we have a few friends in common and I know Brendan [Wiredu]. Paddy Lane and Promise [Omochere] have been very welcoming.

“The first few training sessions have been great. We have been working hard and preparing for the for busy schedule. I have been delighted with the quality of the standard here and there’s lots of competition. I am here to help the team and hopefully we can all strive in the same direction.

“When you come on loan to a club, you want to come and play games and last year I didn’t get to play too much, but I am here to help the team in any way I can and play a lot of minutes.”

On his time in Spain and playing in the EFL…

“I have some very good memories from my time in Spain. I was at Getafe and made some good friends there, as well as when I was at Atletico Madrid. I obviously feel my time at both of those Club’s made me the player I am today and also look back at it with a lot of happiness. I do miss it a lot.

“I don’t have a bad word to say about Morecambe. I am really grateful for the opportunity that they gave me during my time there and it was really nice to help them gain promotion to League One two-years-old.

“Scoring the goal in the Play-Off Final was great, but it was the whole season I look back on. There was lots of hard work and then when you have to take a penalty in such a high profiled moment, there was lots of pressure. It hit the back of the net and I was delighted to help the team win promotion.

“At Luton, it has been a learning curve. Last season I learnt so much and it has helped me improve as a player for sure. I think I have matured in my time there despite maybe not playing as many games as I would have liked to but I came here mentally and physically stronger.

“Moving through the leagues has helped me, and it’s also nice to play games and I have come here to show what I can do and show what I have learnt at Luton and during my career.” 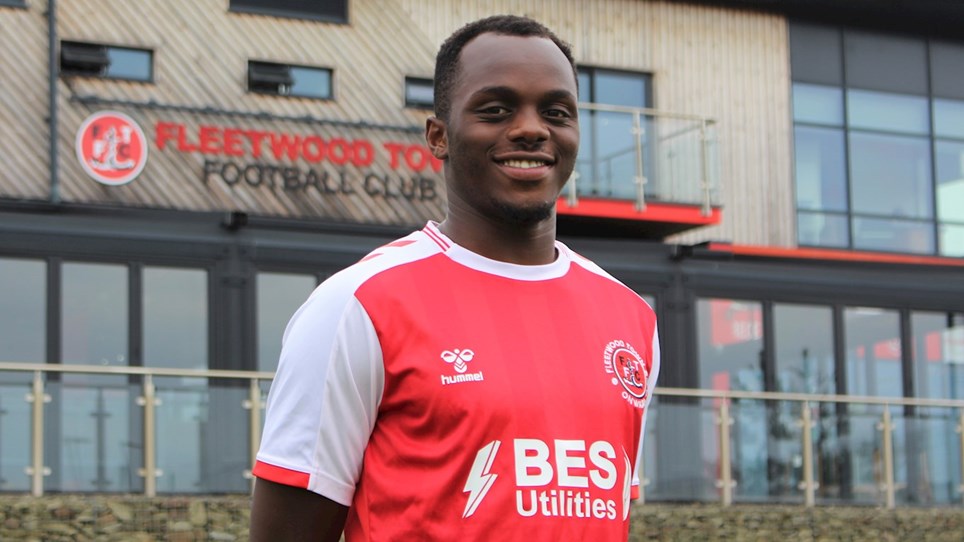 Carlos Mendes Gomes joins the Cods on a season-long loan


Fleetwood Town are delighted to announce winger Carlos Mendes Gomes has joined the club on loan from Sky Bet Championship side Luton Town until the end of the season.