Fleetwood Town forward Callum Morton spoke to the local media after his sides goalless draw at home to Cheltenham Town on Tuesday night.

The Cod Army will feel slightly frustrated on Tuesday evening as they had chances to go and claim all three points. Morton - who joined Town on a permanent transfer this summer - played his first 90 minutes and felt his side were the better on the night.

Here is what Callum had to say in his post-match interview:

“The match wasn’t easy on the eye this evening, but I thought with our second half performance, we put a lot of pressure on them. Fair play to them [Cheltenham], they came here with a game plan, they were going to be horrible and play for a point and they got that. Fair play to them.

“These types of matches can be the most difficult ones. They’ve had a couple of losses on the bounce, and we knew they’d be coming here to battle for everything and like I said, they have gone away with a point and happy with the results tonight, especially after the circumstances of the game,

“We felt fit towards the end of the match. It’s something as a group we have engrained ourselves into and we want to make sure we run faster and harder than any other team in this league, and that was shown towards the end, we had them penned in and they were looking to get us on the counterattack. Unfortunately for us, we just couldn’t get that finishing touch.”

On the point and keeping momentum…

“We have put last season behind us now and it’s a new beginning for us all. It’s a new manager and lots of new players coming in but the fans can see that we are playing on the front foot and getting on top of teams and creating chances.

“On another night, they might get a red card in the game after 40 minutes, a penalty against them in the second half and we win the game two or three nil and they come away with nothing.”

On looking ahead to the Derby match & the fans…

“We look at each game in isolation and we know that Derby County are going to have the following with their fans just like when Plymouth came here and you probably think they’re going to be up there come the end of the season.

“We know that whenever anybody comes to Highbury, we want to get at them by playing on the front foot and get after them. It’s important we make them aware that it isn’t going to be an easy afternoon or game and that’s also something we will do against any opponent that comes here.

“The fans are amazing. We really appreciate their support and tonight, especially in the second half, they really got behind us and when you shoot towards the Memorial Stand and you see and hear them chanting, they’re trying to suck the ball into the net.” 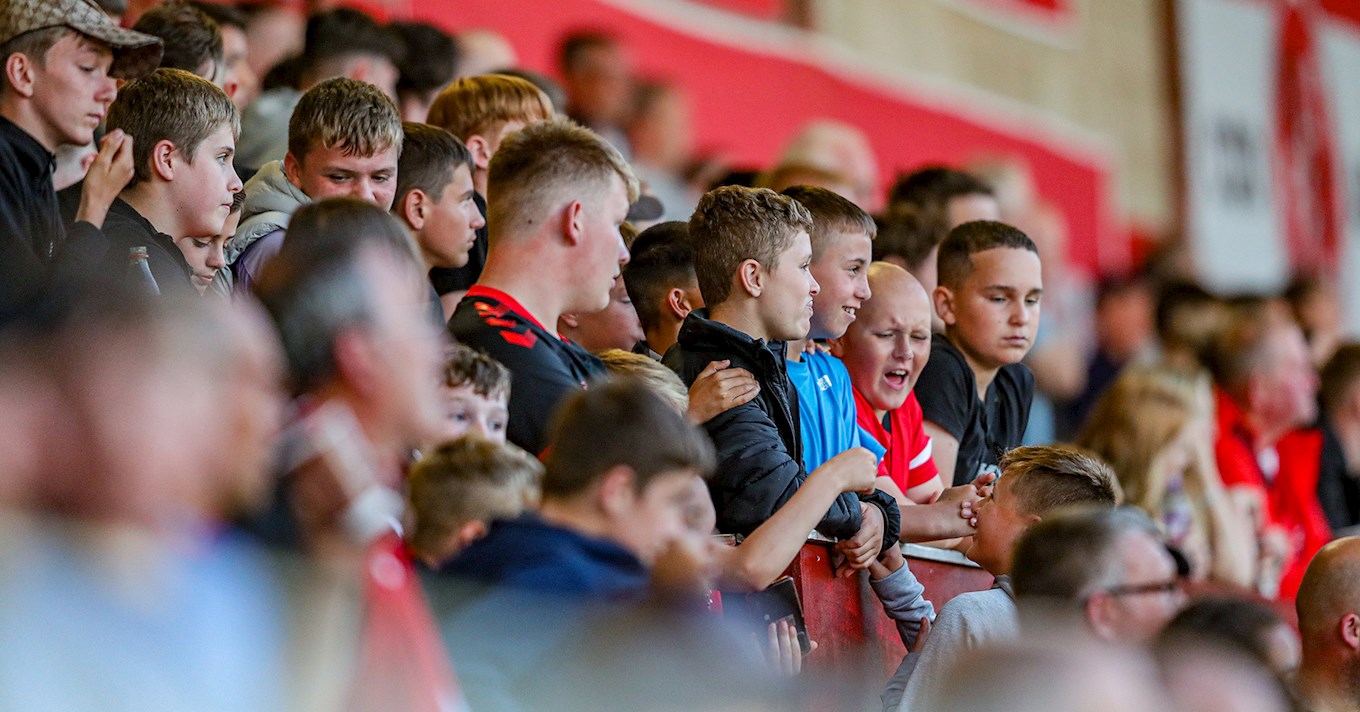