Fleetwood Town have had seven players out on international duty over the last week, featuring for both the Northern Ireland and England youth team setups.

Four of our Development Squad players made their way back home to Northern Ireland on Sunday 30 May to start training with their Under-21s team, which is coached by caretaker manager Andy Crosby.

The Under-21s had two games against Scotland over the last seven days, with Barry Baggley (7 on image above), Carl Johnston (18 on image below), Chris Conn-Clarke (11 on image below), and Dylan Boyle, all being part of the squad for both games.

In the first outing, Baggley and Conn-Clarke made the starting XI, with the first of the two managing to find the back of the net, scoring the winning goal in the game just before the half-time break, making the game 2-1. Johnston made an appearance in the second half as well as he was subbed on for Wolves’ Jack Scott. 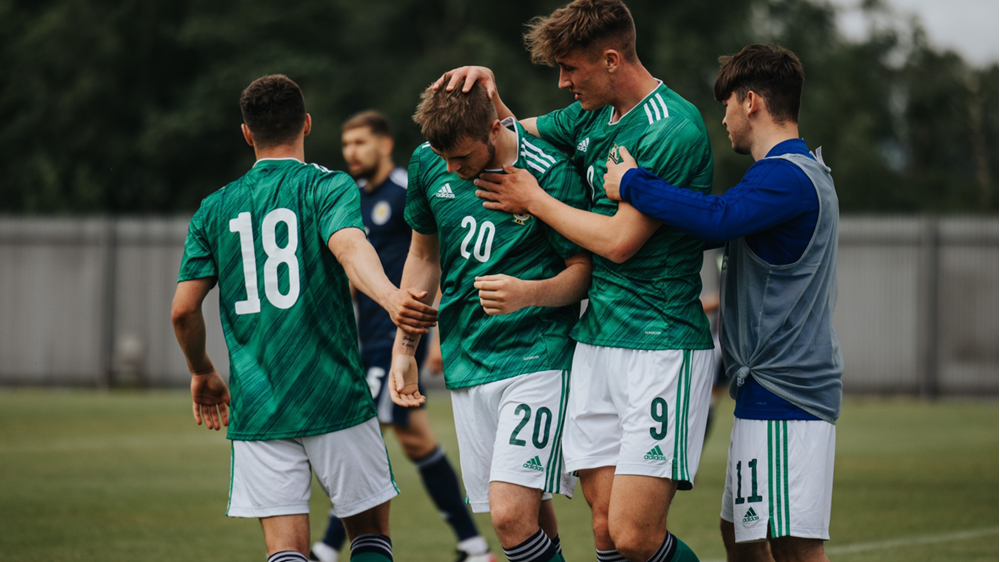 Johnston then featured in the starting line-up for the second game against the Scots, as the others all made the bench. Boyle and Baggley were subbed on in the second half and even though the side narrowly lost 3-2, Baggley did come extremely close with an effort seconds before the end that could have tied up the game.

Two more of Town’s younger players also went out to Northern Ireland this week as Harry Wilson – who signed a long-term deal with the club late on last season – and Jake Wallace from the Under-18s both joined up with their national team’s Under-19s setup for a training camp.

A notable mention from the international appearances was Josh Feeney, who was chosen to be captain for England Under-16s’ 6-0 win over Northern Ireland on Thursday. Not only did the 16-year-old feature throughout the game, but he also managed to find the back of the net, securing his first international goal for the Three Lions.

Everyone from the club would like to congratulate all seven of the players on being chosen for their respected nations – well done to all involved!