Fleetwood Town’s Former Players Association (FPA) met for the final time this year at Poolfoot Farm on Thursday morning as they had their annual Christmas get together!

The meeting opened with the usual remarks from FPA Chairman Stuart Murdoch, who listed out the names of those who couldn’t be there, an update on those members who may have fallen ill, and then tied in George McIntyre’s 90th birthday celebrations onto the end. He blew out his candles as all the players surrounded him afterwards – happy birthday, George! 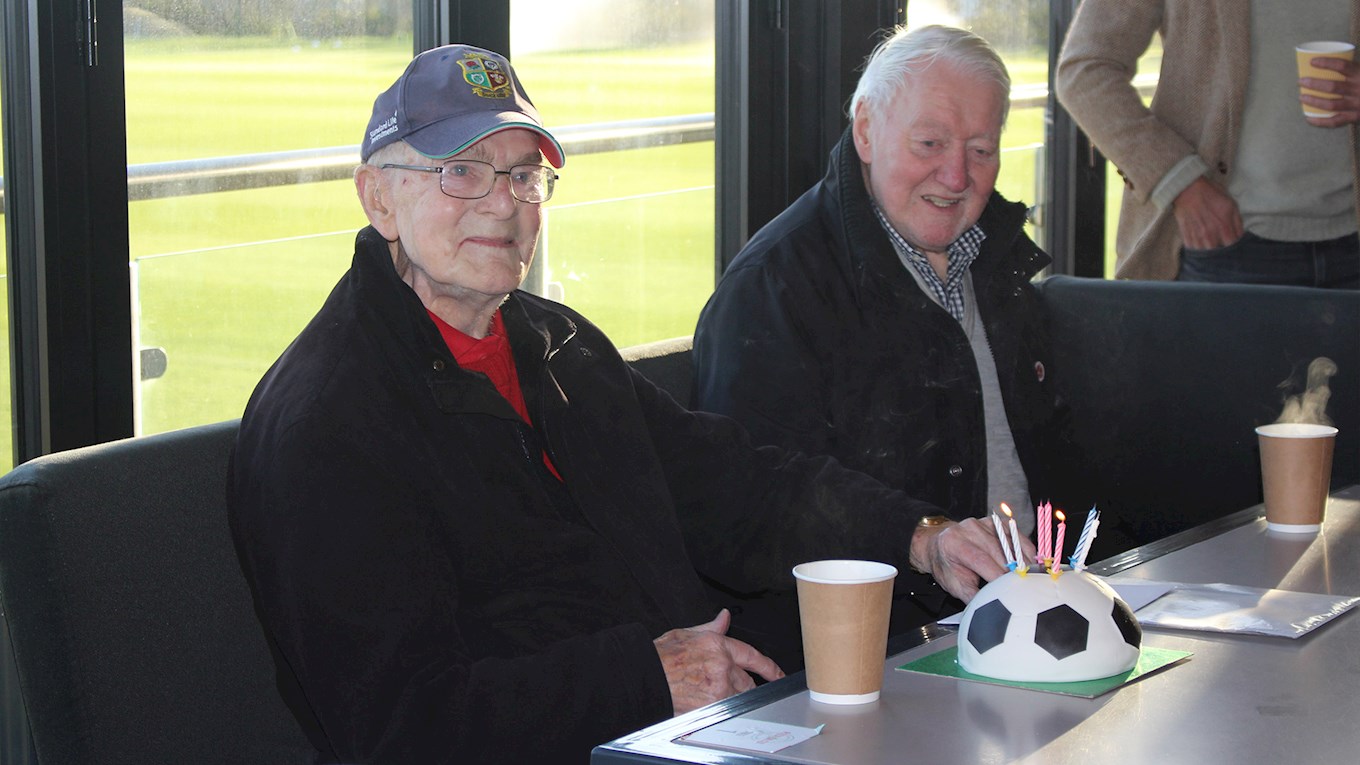 Straight after that, John Hartley from the club’s Community Trust, who has been liaising with Stuart for a couple of weeks now, introduced the pen pal scheme with the NCS programme where they wrote letters to the players about their journey through the pandemic, with the players welcome to respond with their own stories. Hopefully, this will blossom many new friendships.

The action kicked in then as the Former Players Band plugged in their instruments and played a variety of Christmas tunes and popular sing-along songs, before inviting players to come up and sing their own in a karaoke session that made the group laugh throughout. 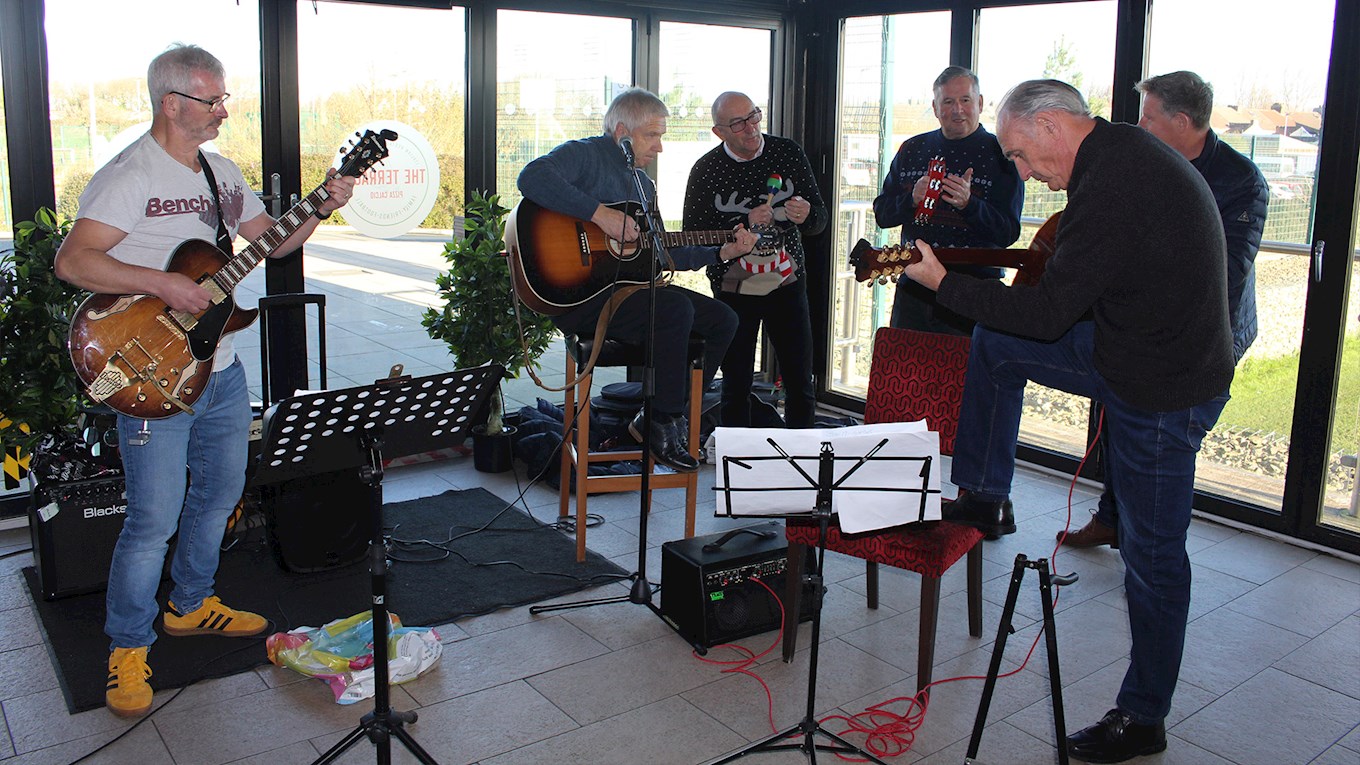 Members were told ahead of the meeting to turn up in their best Christmas jumpers and the players didn’t take that lightly with festive cheer shown throughout the group. A competition was put in place, with the winner getting a bottle of their favourite alcohol, but we have to say, well done to all involved!

The finale then came as the players got their drinks and sat around the table as they readied themselves for a full Christmas dinner, provided by the club’s Chairman Andy Pilley. Whilst this was going on Stuart and the nominated Commercial Manager Ang Hargreaves pulled names out of a hat for the annual special raffle. 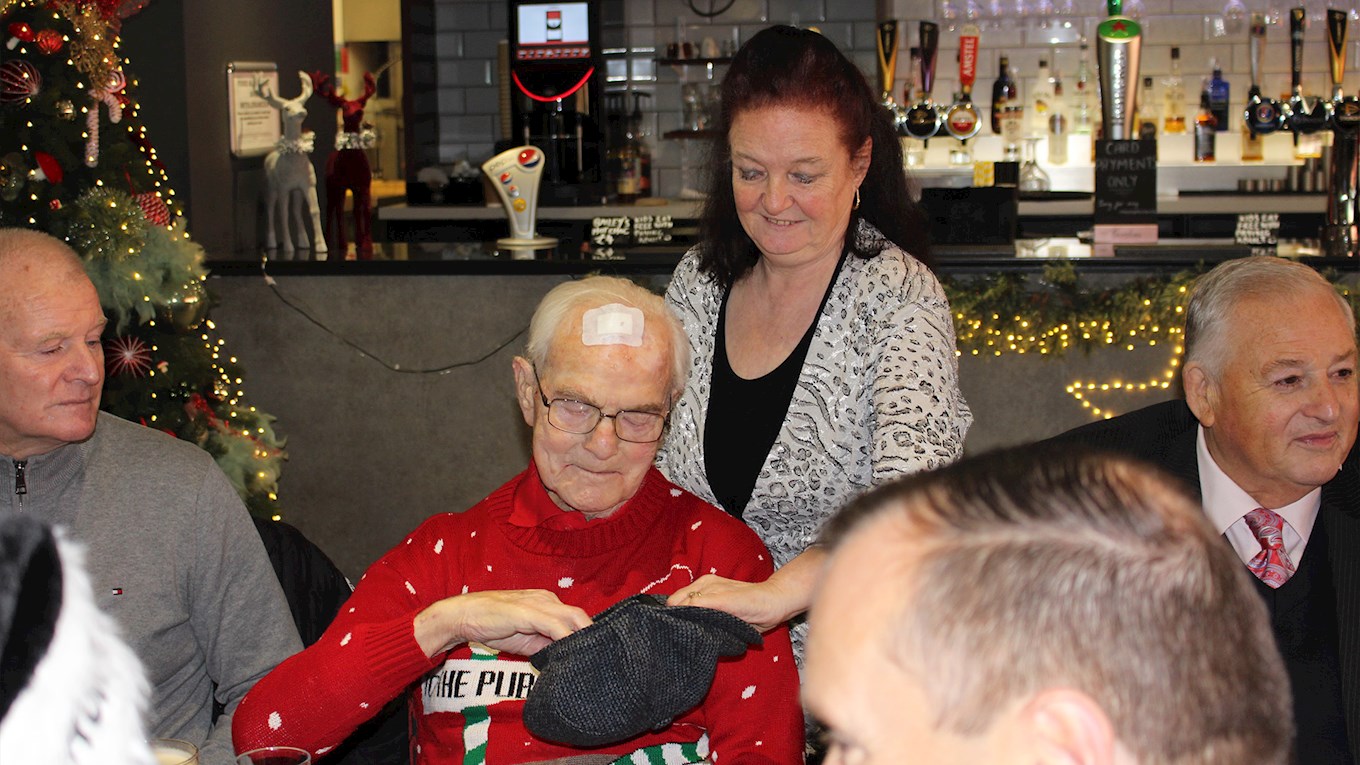 Prizes were provided by the first team, with bottles of spirit and snacks all there to be won by anyone who had joined the free raffle. When all the prizes were handed out, the food came, and everyone tucked in.

It’s been another brilliant year for the Former Players Association, as the member count has grown consistently throughout the 12 months, with the association bringing smiles and cheers to all those involved – here’s to another great 12 months for the FPA!