David Mitchell: 2016-17 was Fleetwood Town’s third season in the Sky Bet League One. A 2-1 defeat at Port Vale on 12th November left Town 13th in the table. Tactical changes made deep into the First Round FA Cup replay against Southport three days later proved to have longer term benefit as Uwe Rosler’s side climbed the table through an eighteen-match unbeaten run.

Conor McLaughlin: We had a really good squad in terms of togetherness. That long unbeaten run was unbelievable to be a part of. It was a pretty similar situation to where the club is at the minute. There were a lot of tight games, 1-0 wins and clean sheets. We managed to get results through character and determination. We always battled to the end.

Mitchell: Testimony to that is the number of late goals scored, a total of seven from the 88th minute onwards during that run, including Conor’s header in time added on at AFC Wimbledon.

McLaughlin: I remember a number of the late goals really clearly. David Ball’s at home against Southend, Cian Bolger at Coventry City, Amarii Bell at Charlton to get a draw. One particular game to remember for me was Sheffield United away, when we won 2-0 against a side top of the table. I scored the first. It's crazy what can happen in football. We went with a game plan, stuck to it and it was a performance that typified our squad that season. We had players all through the side who could score goals. 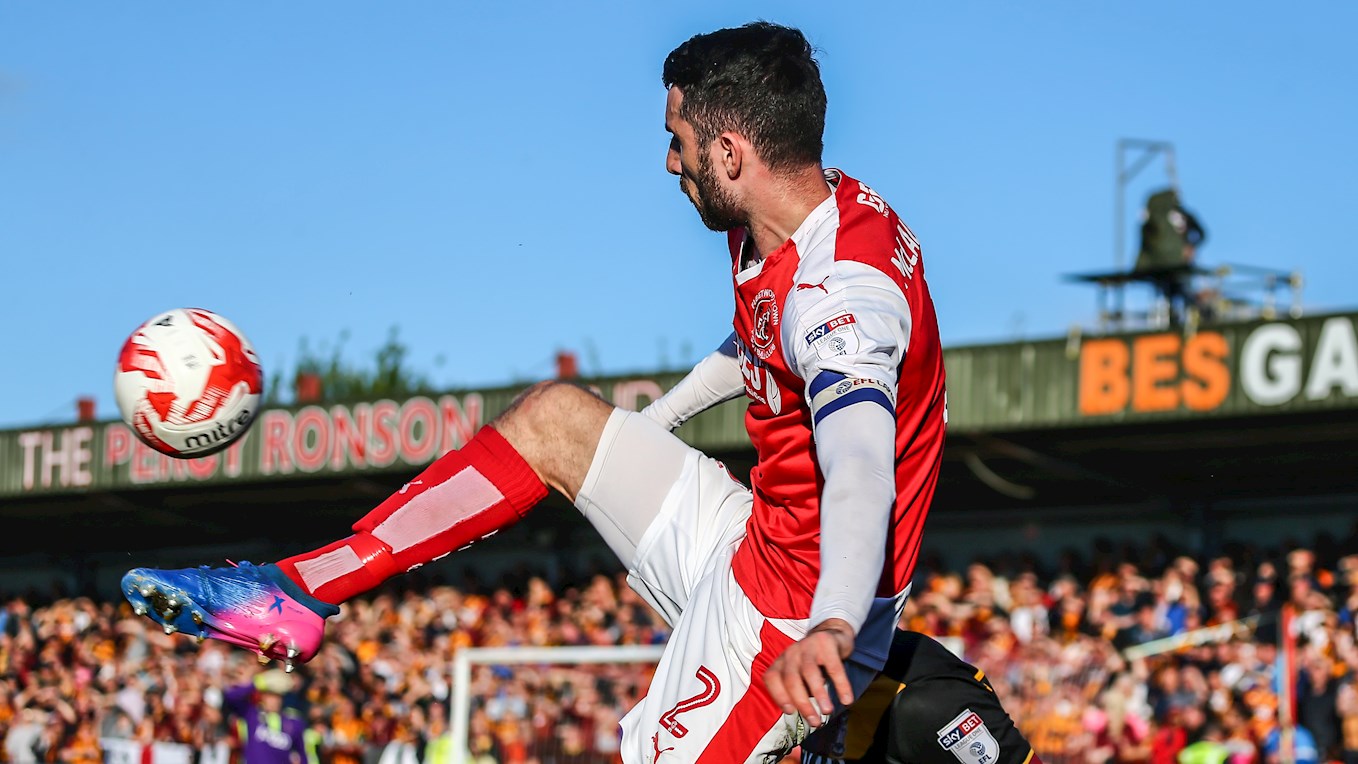 Mitchell: Four months after the run had started, Bolton Wanderers were the visitors to Highbury. Town lay second, eyeing automatic promotion. Bolton won 4-2 and it was to prove a pivotal point of the season. Despite still having to play ten more games the result changed the fortunes of both sides.

McLaughlin: Bolton at home was hugely frustrating. Even though we went on to beat Walsall away in the next game the Bolton game proved crucial come the end of the season. We were punching above our weight a bit at the time when compared to the size of the clubs around us. The result at Highbury gave them a bit of momentum and we were left trying to find a way back. Come the end of the season, having done so well, we fell short of automatic promotion and it left us feeling a little deflated.

Mitchell: Bolton Wanderers went up to the Championship on 86 points with Town fourth, four points behind. They were paired with Bradford City in the play-offs, such a fine achievement after flirting with relegation only twelve months earlier.

McLaughlin: We had still had a chance of automatic promotion on the last day at Port Vale, just four days earlier. I remember that we made changes during the game, including me which was frustrating, but the coaches knew how the Bolton game was going and that we had to start thinking about the play-offs. There were some tough teams in the semi-finals. We had played Millwall a few games before, got absolutely battered and won 1-0! We would probably have preferred to play Scunthorpe United. Bradford City had a very good squad and going away first we knew that there’d be a big crowd behind them. Bradford were able to make ten changes from the last day of the season so there was a freshness about them. They had a mental and physical advantage. Games against them are always tough during a normal season but in those circumstances it proved to be a very difficult challenge for us. 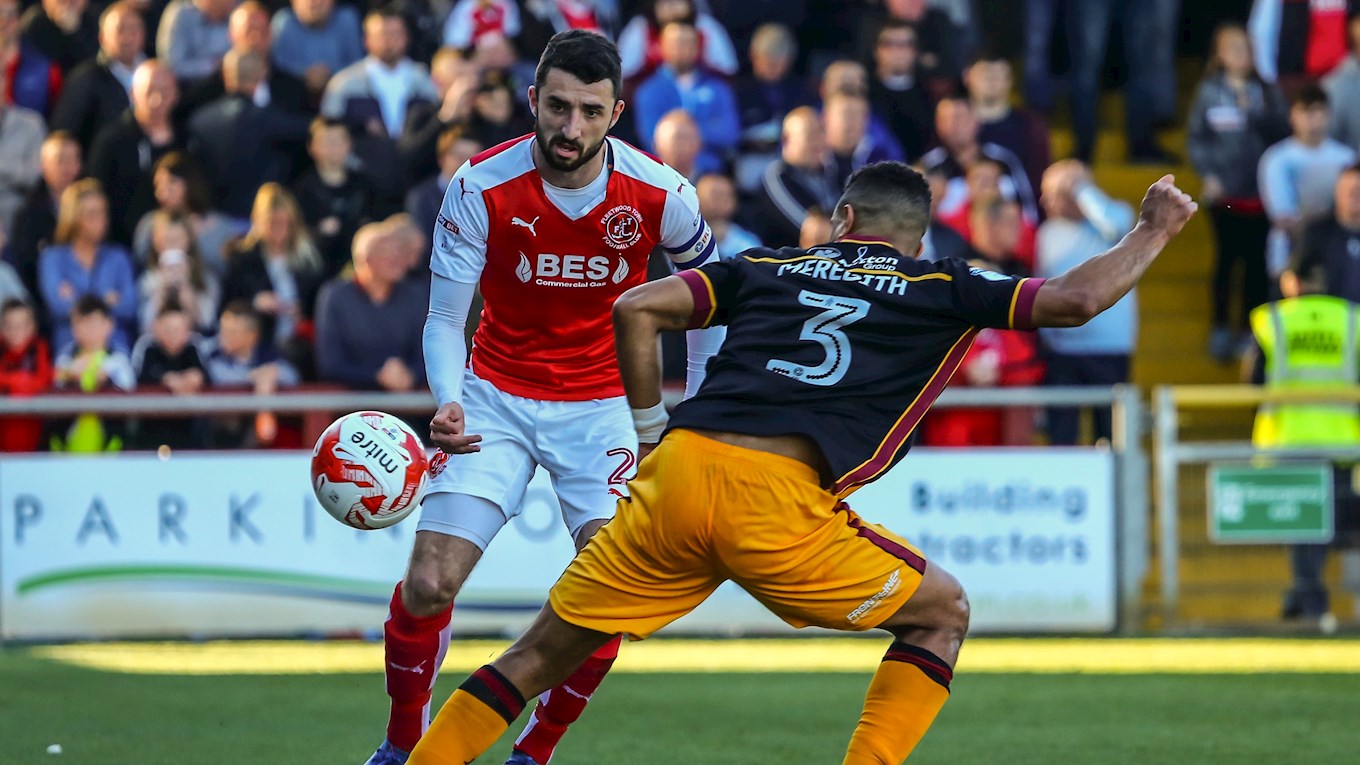 Mitchell: A single goal, a strong header by Bradford’s Rory McCardle from a corner after 77 minutes at Valley Parade, separated the sides over the two legs.

McLaughlin: Set piece goals are just the worst way to concede in football. I don’t think many players, me included, reached the heights we had during the season. Over the two legs, Bradford were the better team. At Highbury, we didn’t get going. They worked out how to play against our shape which not many teams had. Had we gone up to the Championship we might have been able to build on it and not lose some of the better players who left. It was a ‘What if..?’ situation. I still think so looking back. I got one celebratory night in the hotel before I was off to play for Northern Ireland! I think I made the right decision after hearing about the lads! Aside from it being a successful season it was probably my favourite at the club. I will always be grateful to Fleetwood for restarting my career after Preston.