There are two changes to the bench with Billy Crellin and Harvey Saunders being called up, with Matt Gilks missing out and Biggins being named in the starting lineup.

Glenn Whelan is set to make his Highbury debut after an impressive display away at Bristol Rovers on Saturday. Ched Evans is named captain for the second match running. 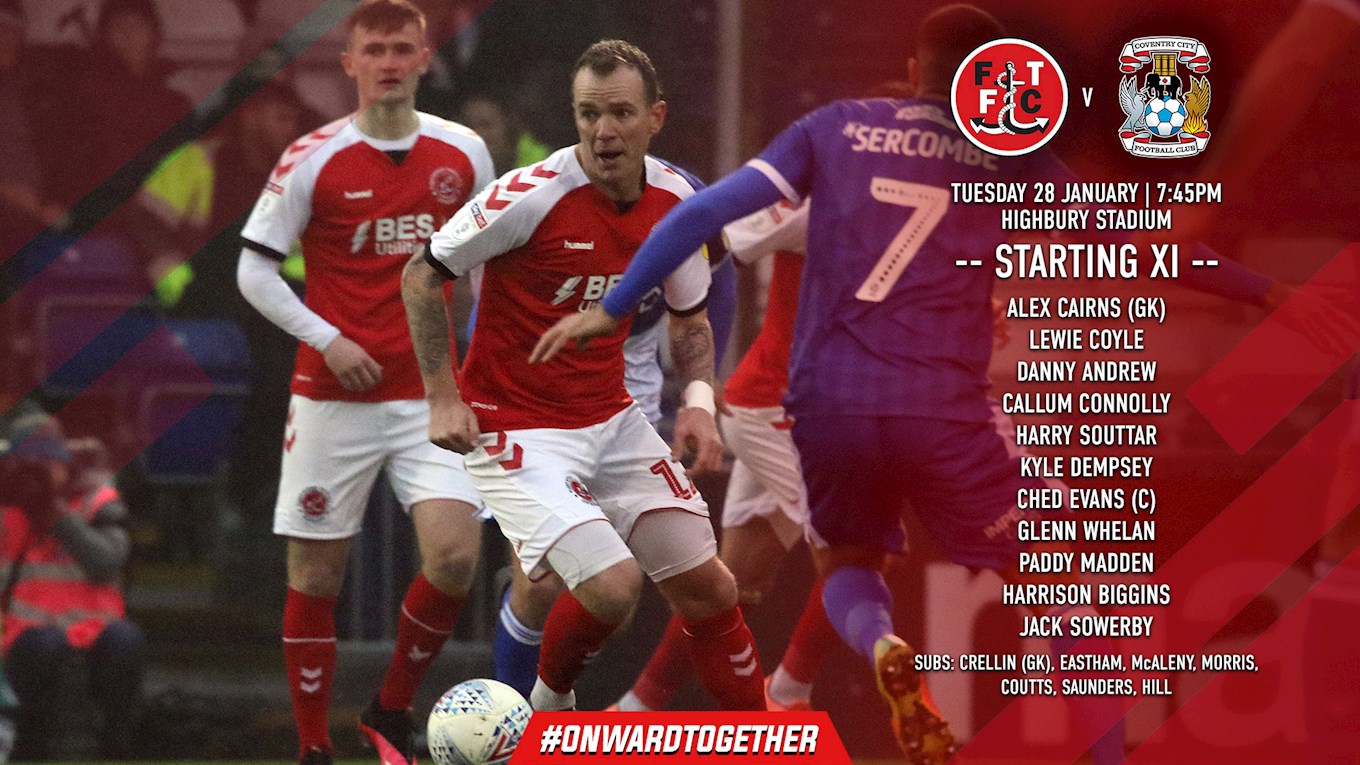