Taken from Saturday’s programme with MK Dons, David Mitchell caught up with midfielder Kyle Dempsey after an impressive start to the season at Fleetwood.

At the heart of Fleetwood Town’s fine run in recent weeks has been midfielder Kyle Dempsey whose return to top form has delighted the Cod Army and evoked memories of seasons past when the man from Cumbria strode tall and strong across Town’s midfield.

The rousing standing ovation that greeted him as he came off the pitch seven days ago against Burton Albion, not the first these past few weeks, will have been music to the ears of a young man who has not found the last twelve months easy going after a career where pretty much everything has gone right.

Despite opening the 2018/19 season in the starting eleven, Kyle was not an automatic choice by early September, heralding a time of limited opportunities. However, it was evident in our conversation at Poolfoot that he has emerged from a challenging period a stronger person.

“Sometimes you get a season which doesn’t work out in football but it gives you time to reflect and if you adopt the right attitude it can make you a much better player and person.

“My performances now are back to where they were two and three seasons ago.

“I couldn’t be any happier at this moment in time, on and off the pitch. I’ve got a completely different mindset.”

After successive seasons where he appeared thirty-eight and forty-five times, a return of fourteen with just five starts in 2018-19 was as disappointing as it was surprising.

“I hadn’t really dealt with the not playing concept before. I’ve always been involved in football since the age of 17 or 18.

“There was a period at Huddersfield Town before I came to Fleetwood but I would never compare the disappointment here to back then.

“I was a young kid jumping from League Two at Carlisle to playing in the Championship. I’ll always be grateful for that chance and getting over twenty games at a higher level. Last year was definitely a challenge. It took me into a dark place and I had to get myself out. I was putting unnecessary pressure on myself.

“I worked with people inside and outside of the game to get me mentally stronger and able to deal with disappointment. It was hard for my family to see me like that when they live some distance away. They kept telling me how good I am and their little reminders were a big help. Massive credit goes to them.”

In January 2019, Kyle went out on loan to fellow Sky Bet League One side Peterborough United.

“Posh were chasing a play-off place at the time. Their manager, Steve Evans, wanted me to go there and I played well in the first few games under him. I was enjoying my football again.”

Unfortunately for Kyle, Evans was released from his contract at the end of January and Darren Ferguson started a third period as manager of the club.

“Darren said that he had always been excited to work with me so that was a promising start but he also thought that I looked like a guy who was lacking the game time and struggling to keep up with the Saturday-Tuesday-Saturday match routine. He was reluctant to commit when they were chasing promotion. “I got dribs and drabs of games and just tried to enjoy it as best I could.

“I was determined to have a good relaxing summer with family and friends then get back to Fleetwood and put everything into getting my place back again.

“I got myself into such a positive frame of mind and I was ready to come back in and prove myself again to the fans and the gaffer. I was so determined. I was doing well in the gym tests and the running tests and thought that this was going to be my year. The gaffer took me to one side and said, ‘You look like a different man. I’m now seeing the Kyle Dempsey everyone was raving about.’

“It was all looking promising then I got a grade two tear in my quad on the first day of pre-season in Portugal. Everyone thought I would dwell on it but I looked on it as a positive. Once upon a time, I’d have beaten myself up about it. Day by day I built myself up to return and the gaffer told me that my chance would come.”

That chance came on 31st August at Lincoln City when Kyle replaced Jordan Rossiter in the 78th minute of a 2-0 defeat.

“From there I played in the EFL Trophy three days later at Accrington Stanley. We were down to ten men quite early in that game but it didn’t look at it and I kind of shone.”

The following Saturday, Kyle was selected in the starting eleven against Oxford United. It had been a long twelve months since his last home start, against Rochdale. It was to be a pivotal afternoon in the 24-year-old’s career.

“The Oxford game was up there with the best I’ve played in at Fleetwood. I just took it under control. It could not have been any better. It was massive for me.

“I hit a brick wall after seventy-five minutes and got took off but got a standing ovation. The gaffer was pleased with me and my family was there. It meant so much. That game was my chance to prove myself and I took it. If I hadn’t I might not even be here now.

“That and the Accrington game showed me that my mind-set was back in place. “In more recent games I’ve continued my good form. Oxford gave me that chance to prove myself in a way I probably didn’t get last year.

“I used to let my football do the talking but now I realise how much sports psychologists can help you. I’ll continue to use them for the rest of my career.”

The following game after Oxford was Kyle’s hundredth for Fleetwood in the EFL, putting him in a select group of just twelve players. He celebrated with a powerful headed goal in a 3-3 draw against Southend United at Roots Hall.

“I’ve been grateful to have played so many games. Now I’ve hit one hundred I want two hundred! I must admit I’ve not scored many from headers in my career just two in the early days at Carlisle United.”

Kyle feels that his game is benefiting from the midfield partnership that he has built with captain Paul Coutts and Jordan Rossiter.

“This year the balance is the best in midfield that I’ve had in my career. Couttsy has had an unbelievable career. He gets the ball moving, gets the team ticking. “I’m more about getting the ball up higher in the field and Couttsy supplies me with that all the time. He brings my game to another level.

“Statistics show that Jordan is unbelievable at what he does. It works perfectly and people are seeing that now. They have taken me to another level. Sometimes you can think that the football world owes you everything because of the good start you have had in your career but we all have times when you have to deal with disappointment.

“That’s all I’ve concentrated on. It’s been a bonus that we’ve had a good run. It was a big deal for me to come in and have an impact. We have such a good squad now. A lot have talked about a different side to Kyle Dempsey. Those sort of compliments drives me on.”

Kyle has never forgotten his roots in Cumbria and the part that Carlisle United has played in his life.

“I always check the Carlisle scores straight away. They are struggling at the minute but they will pull through.”

Had events taken a different turn, the world of rugby league could have beckoned. Kyle played for Wigan Warriors and England as a teenager, relying a lot on the family to cover the many miles to go to training and matches in two sports.

“There are times when I’m watching rugby league on telly and seeing all my mates I used to play with doing well and I think how it would be great to have one more game to see if I’ve still got it!

“I played alongside the likes of George Williams, Joe Burgess and Oliver Gildart who have become top Super League and international players.

“When I was in the England squad there was a large group there and they’ve spread out. Sometimes I’m watching a random game in Super League and I’m seeing people I used to play alongside.

“They were enjoyable times but I’m grateful for what I’ve got at Fleetwood Town. I’m a much better pro. I’m playing well again but want to continue to progress even more.”

Steely determination fashioned on many a football and rugby pitch across the north-west has seen Kyle Dempsey come through a testing period a better man. It’s good to have ‘Demps’ back! 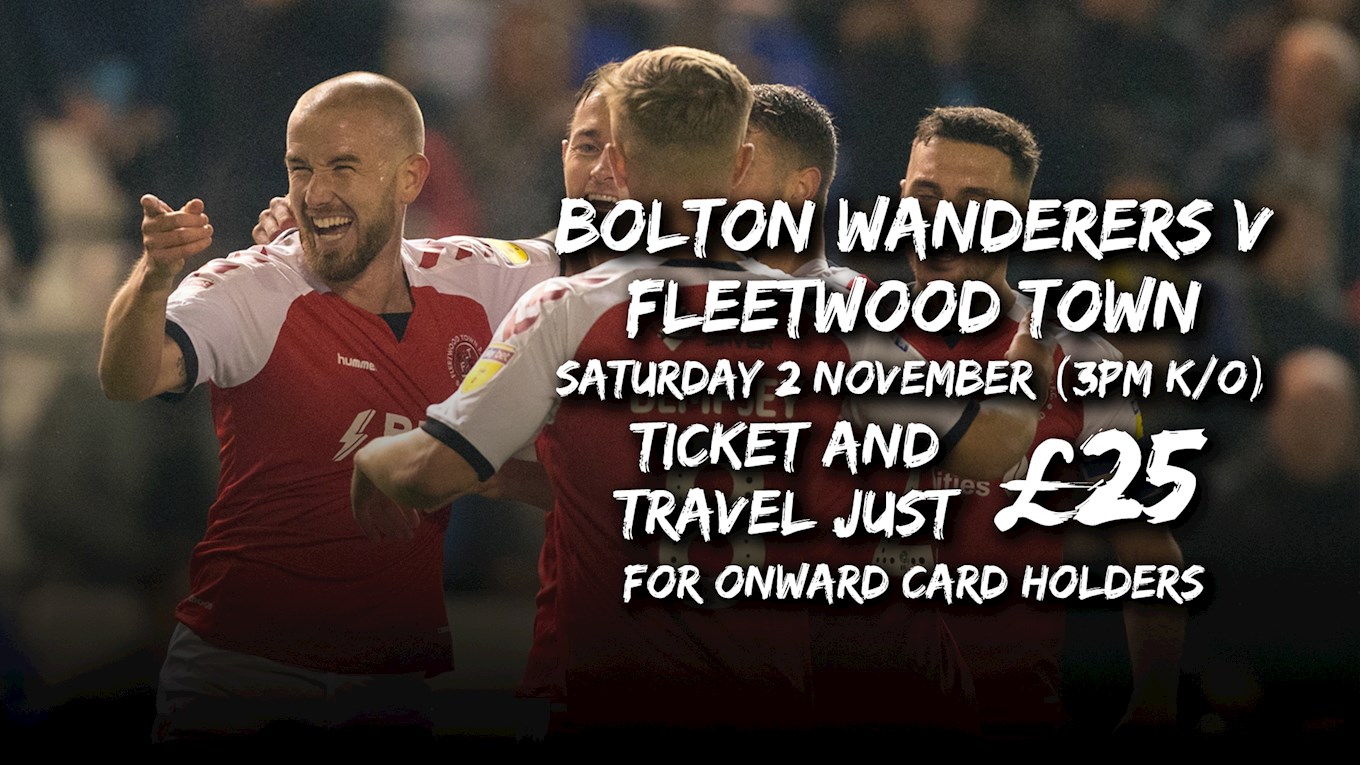