Fleetwood Town forward Paddy Madden has been nominated for the October PFA Player of the Month award.

Madden – who scored a hat-trick against Burton Albion – is currently third in the League One top goalscorer charts as he has 10 goals so far this season.

The winner is picked by public vote, so get voting for Paddy now! 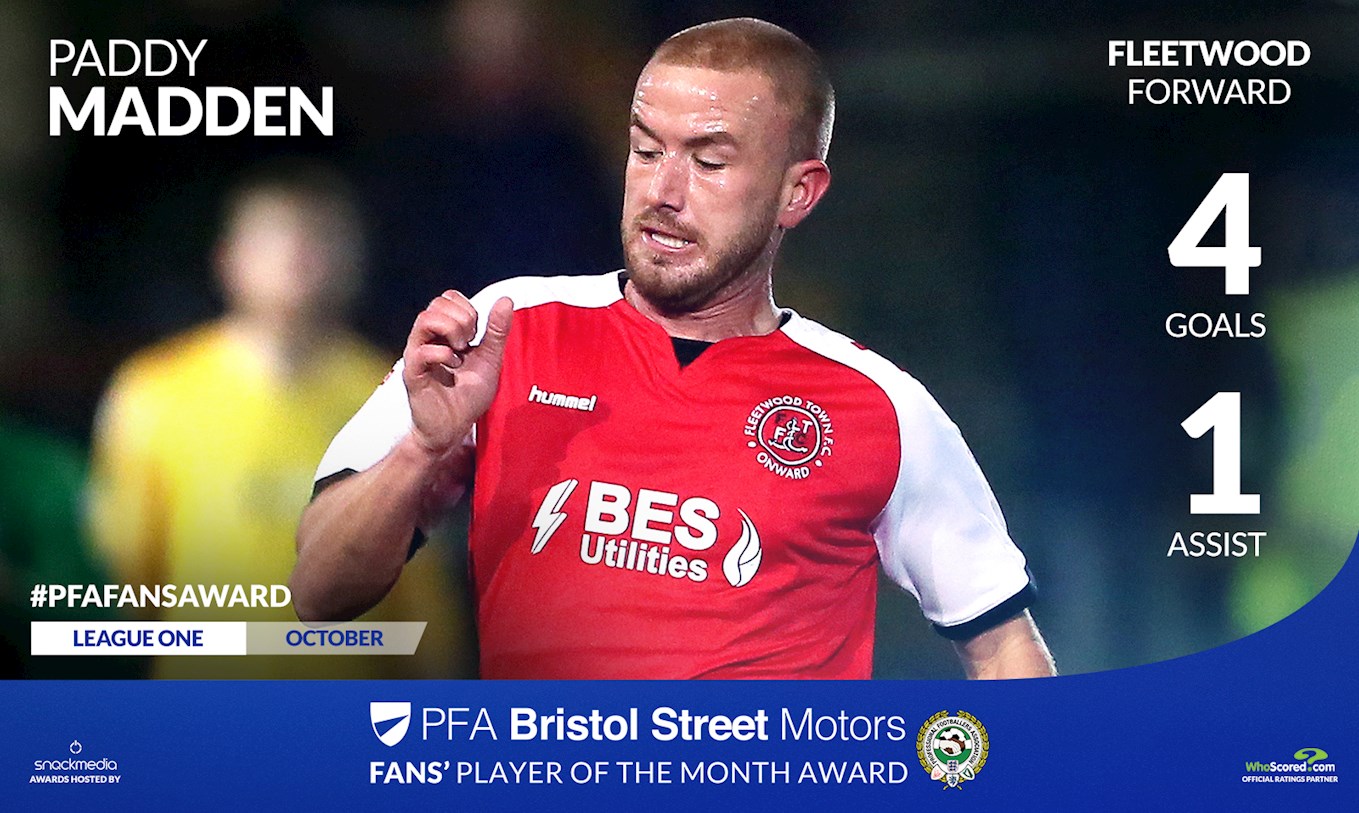