Fleetwood Town’s Former Players Association (FPA) embarked on their first trip to an away game on Saturday as they saw The Cod Army take on Bolton Wanderers at the University of Bolton Stadium.

The day started off with the players jumping on a coach, which took them to The Spinners Pub in Chorley for a few drinks and lunch before heading to Horwich for the game. Everyone enjoyed the stop off and could only complement the food served to them. 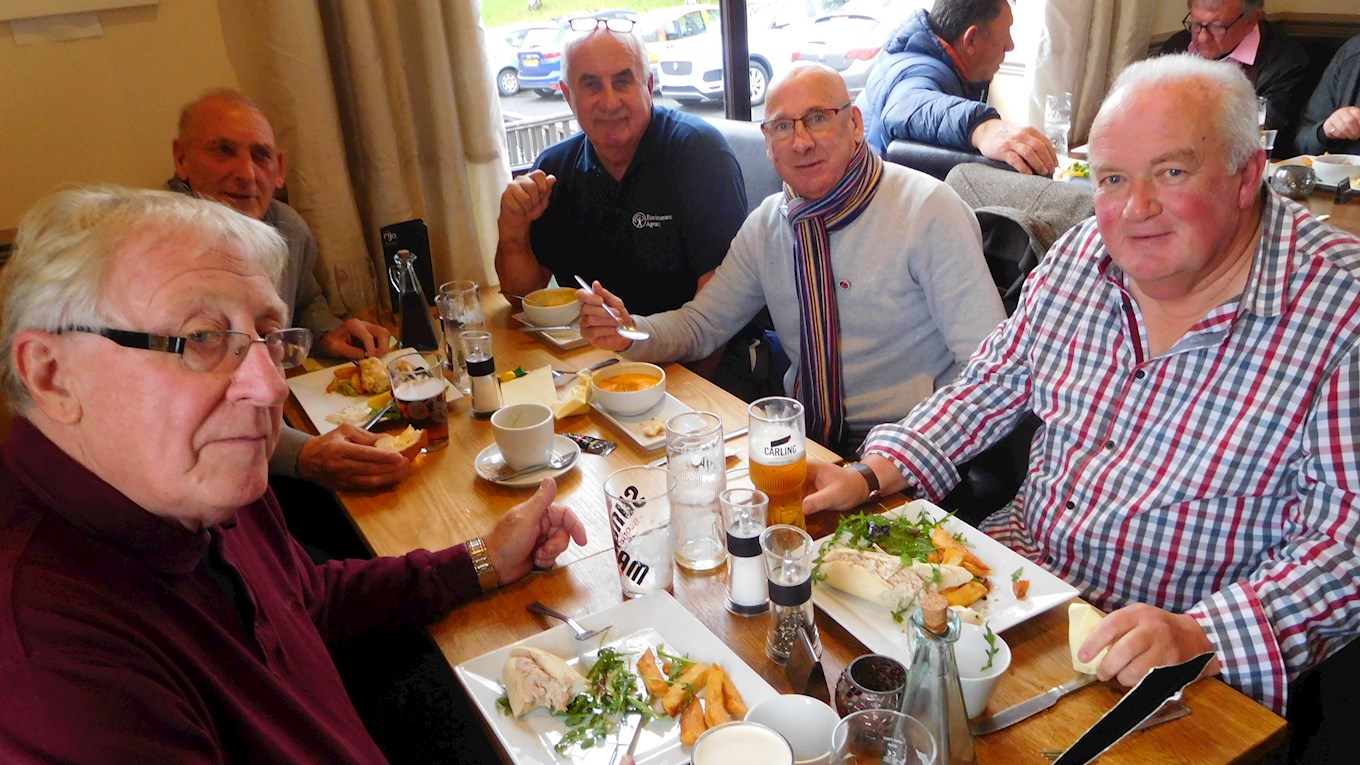 They then boarded the coach and headed straight to the University of Bolton Stadium. Even though the weather was far from ideal, it didn’t dampen the moods of the former players as they generated buzz with both sets of fans around the ground as they posed with their trademark flag.

The FPA gathering then made their way into the ground and before the game, they observed a minute silence for those who had fallen in war. This proved to be a particularly poignant moment for the more senior members in the group.

After that, everyone took to their seats and cheered on The Cod Army as they battled hard in another Sky Bet League One match. 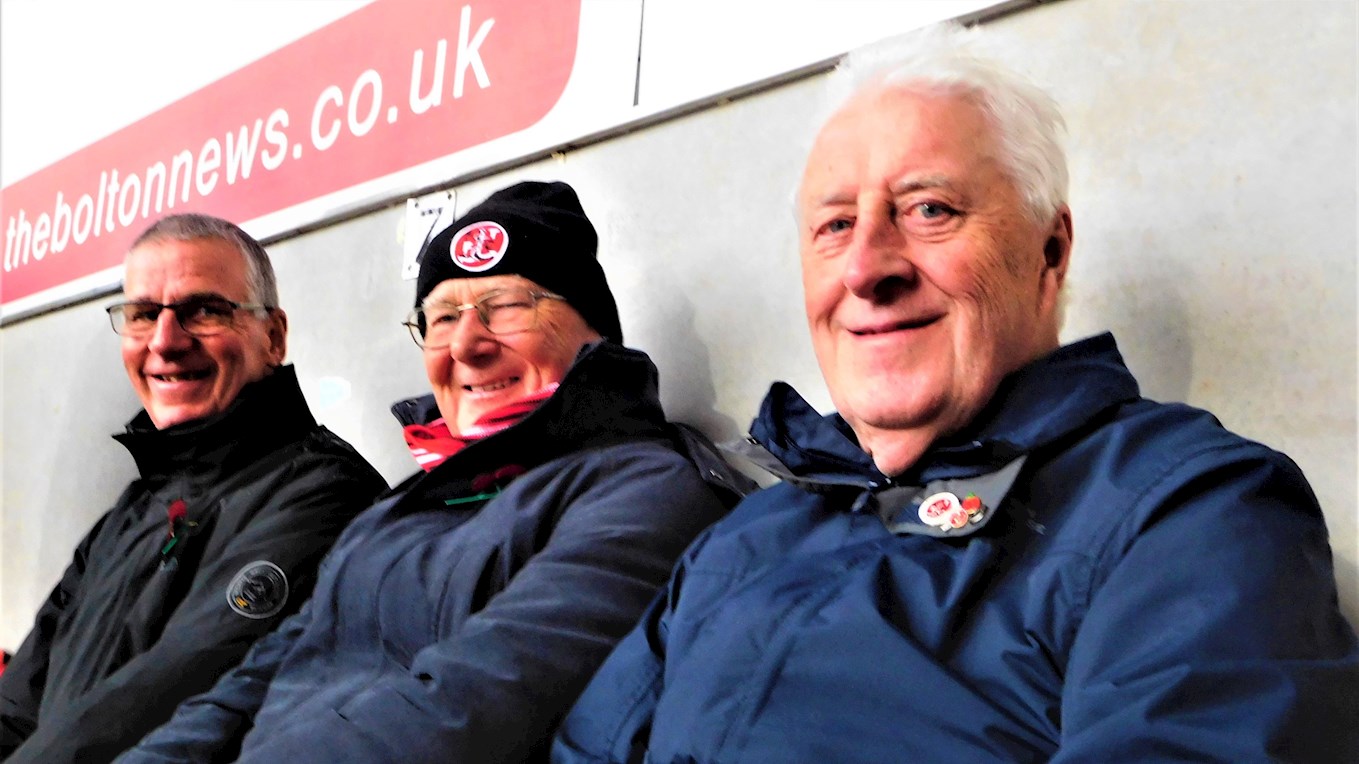 Tony Collier, FPA secretary, who travelled with the group said: “I have had many of the lads coming up to me and saying how much they have had enjoyed the excursion.

“It has been so enjoyable for me to witness first hand the comradery amongst the group. They enjoy each other’s company immensely, and for so many of them to travel to an away game together after a fantastic pub lunch has been just superb.

“I hadn’t been back on the coach long after the game, and I was already asked how long it would be until the next away day!”

The next meeting of the former players is taking place at Poolfoot Farm on Thursday 7 November so we hope to see as many of you there as we can! If you need any information regarding the upcoming meeting, you can contact FPA chairman Stuart Murdoch by emailing stuart.murdoch@fleetwoodtownfc.com.