Fleetwood Town travel to Adams' Park on Saturday afternoon to face Wycombe Wanderers in the final game of the Sky Bet League One season. 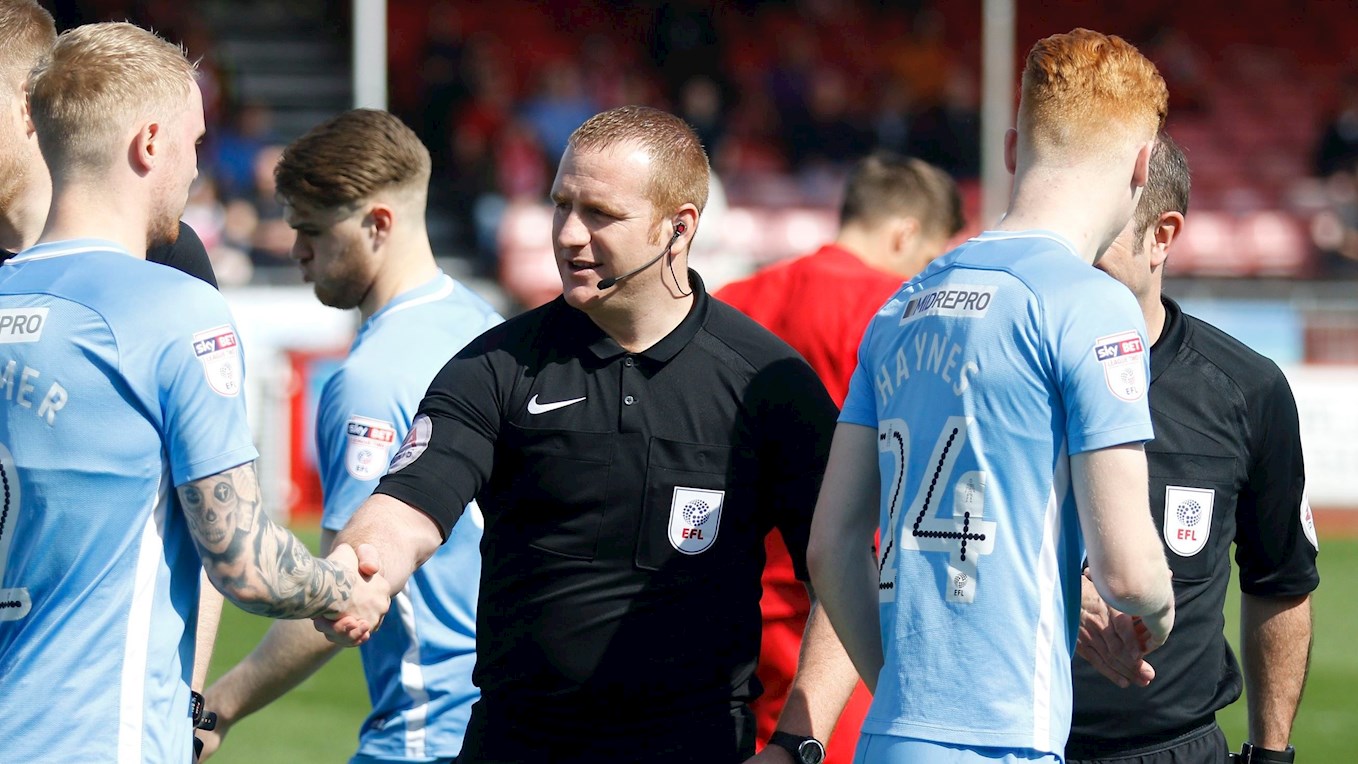 The Cod Army finished off their season at Highbury with an impressive 2-1 victory over former Premier League club, Sunderland. With the Black Cats taking the lead in the first half through Lee Cattermole, Town needed a big second half to make a comeback.

And what a second half it was, Paddy Madden equalised with less than 20 minutes to go, with Ashley Nadesan sealing the three points with a late header from six yards out.

Joey Barton now wants his side to pick up three more points in their last match of the season, and with local rivals Blackpool one a point ahead, it could be local pride for both clubs with just one game left. 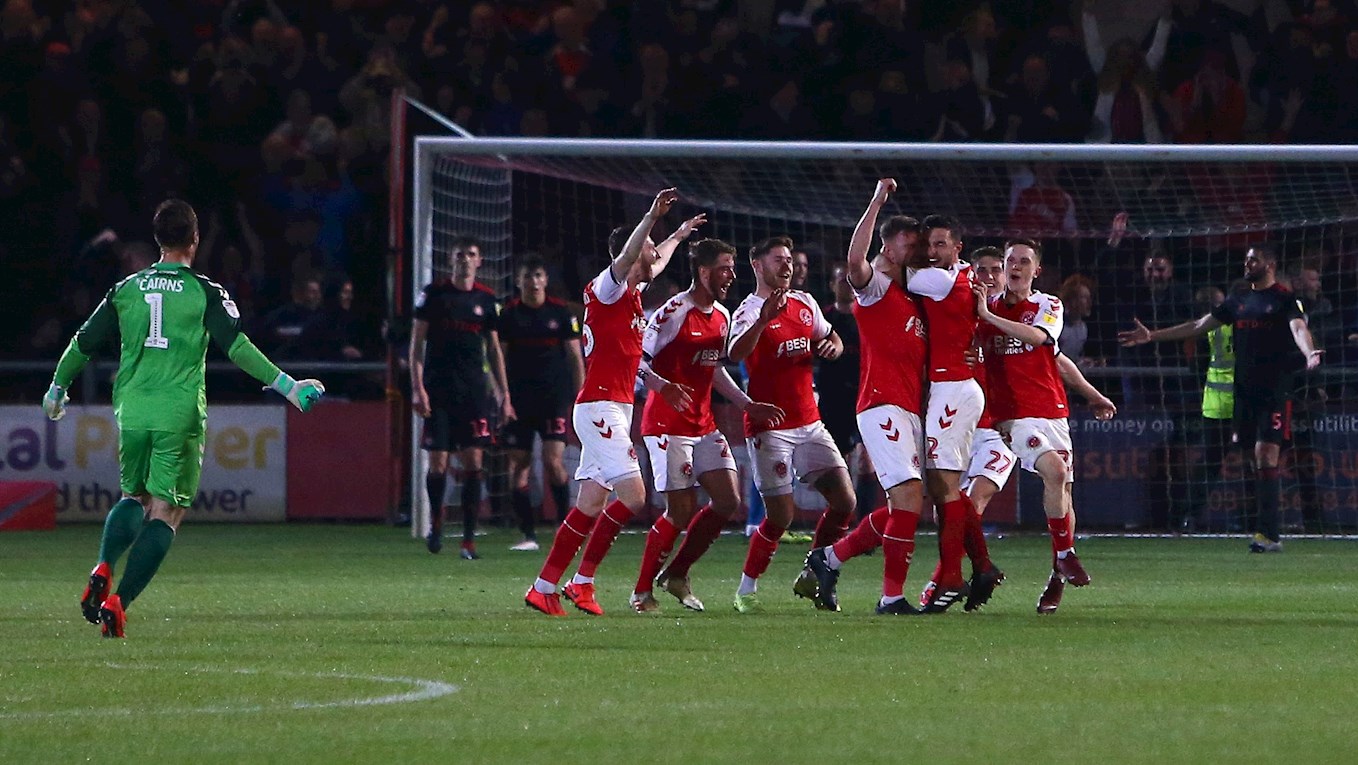 Wycombe have won just two of their last 10 Sky Bet League One games, with the latest coming against Walsall at home on Easter Monday, thanks to a goal from Jason McCarthy.

Gareth Ainsworth and his side sit three places above the relegation zone, with three points separating them and Plymouth – who currently sit in 21st place. They aren’t mathematically safe, but with their current goal difference, it’s like having an extra point on the board.

The manager has said that some of this players have been battling through the pain barrier in recent weeks, but each member of his squad will be hoping to be involved in one way or another. 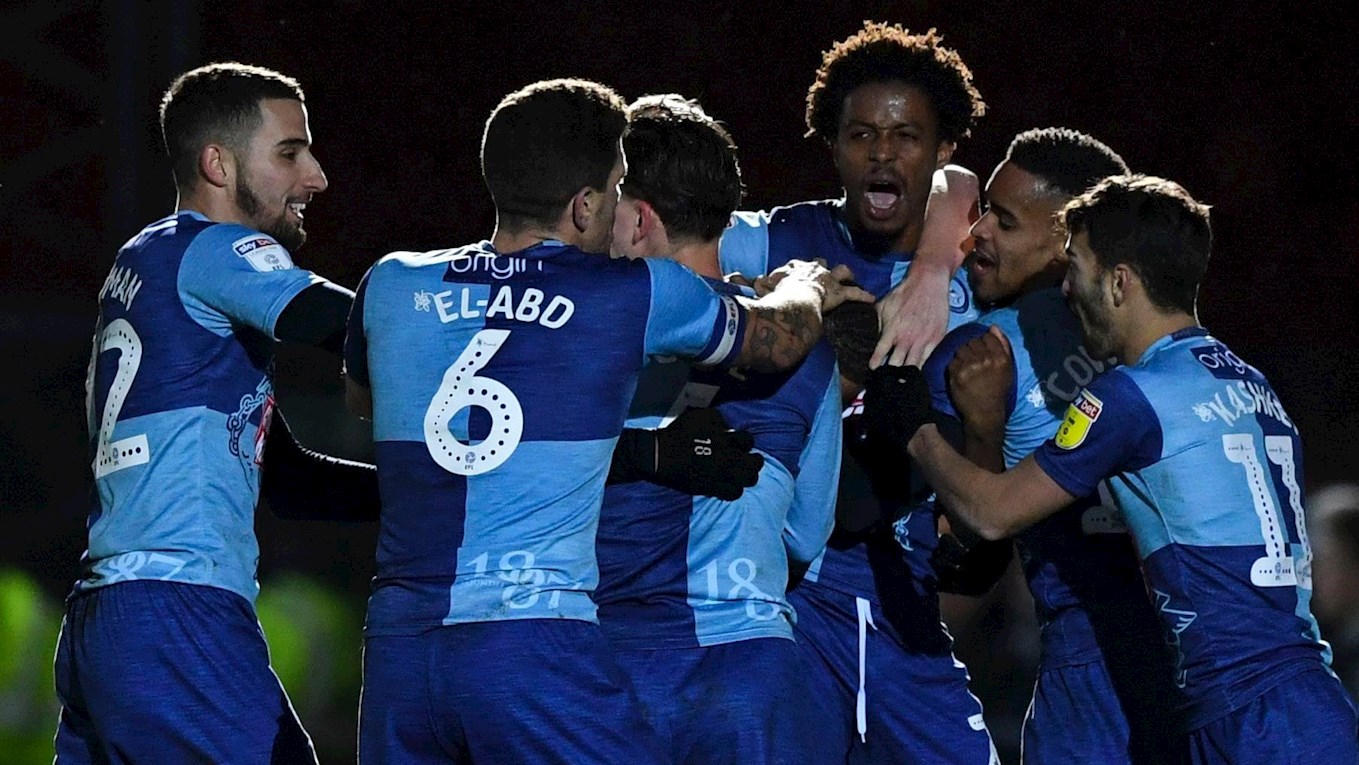 On the 2nd October 2018, the two sides met at Highbury Stand on a cold Tuesday night. The match finished 1-1 with both teams sharing the points.

Town’s top goal scorer Paddy Madden opened the scoring in the 37th minute with a glancing header at the near post, with Adebayo Akinfenwa scoring on 56 minutes. Here are the highlights from the match.

Veteran striker Adebayo Akinfenwa has had another fine season for Wanderers, hitting eight goals in the league to make him the club’s top scorer for the season.

The 36-year-old struck against Town when the sides last met earlier in the season, and Joey Barton’s men will have to be on the lookout to stop it from happening again. 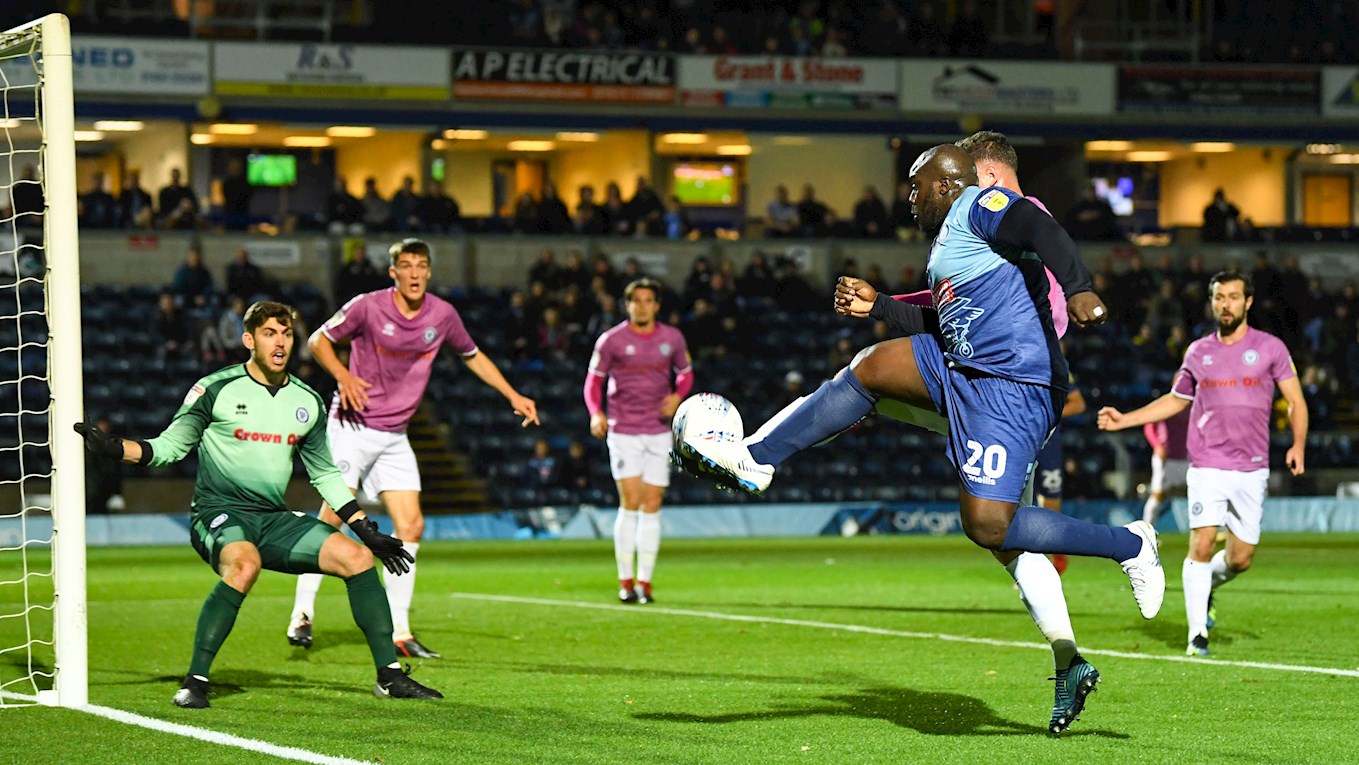 “The exciting thing is that we want to finish the season strongly, and it would be nice to do that with back-to-back victories. It won’t be easy at Wycombe, but it would be nice to get that feeling going into the summer so we can hit the ground running next season.

“I spoke on Tuesday night about how we won the game on our culture, and I think that we did. We were probably lucky to get in at half-time at 1-0 down, and then the lads in the second half were outstanding.

“You can’t do that if you don’t have a good culture. We had to get that monkey off our back – not coming from behind to win – I think the manner of the win, and who it came against, will give the lads an incredible amount of belief.” 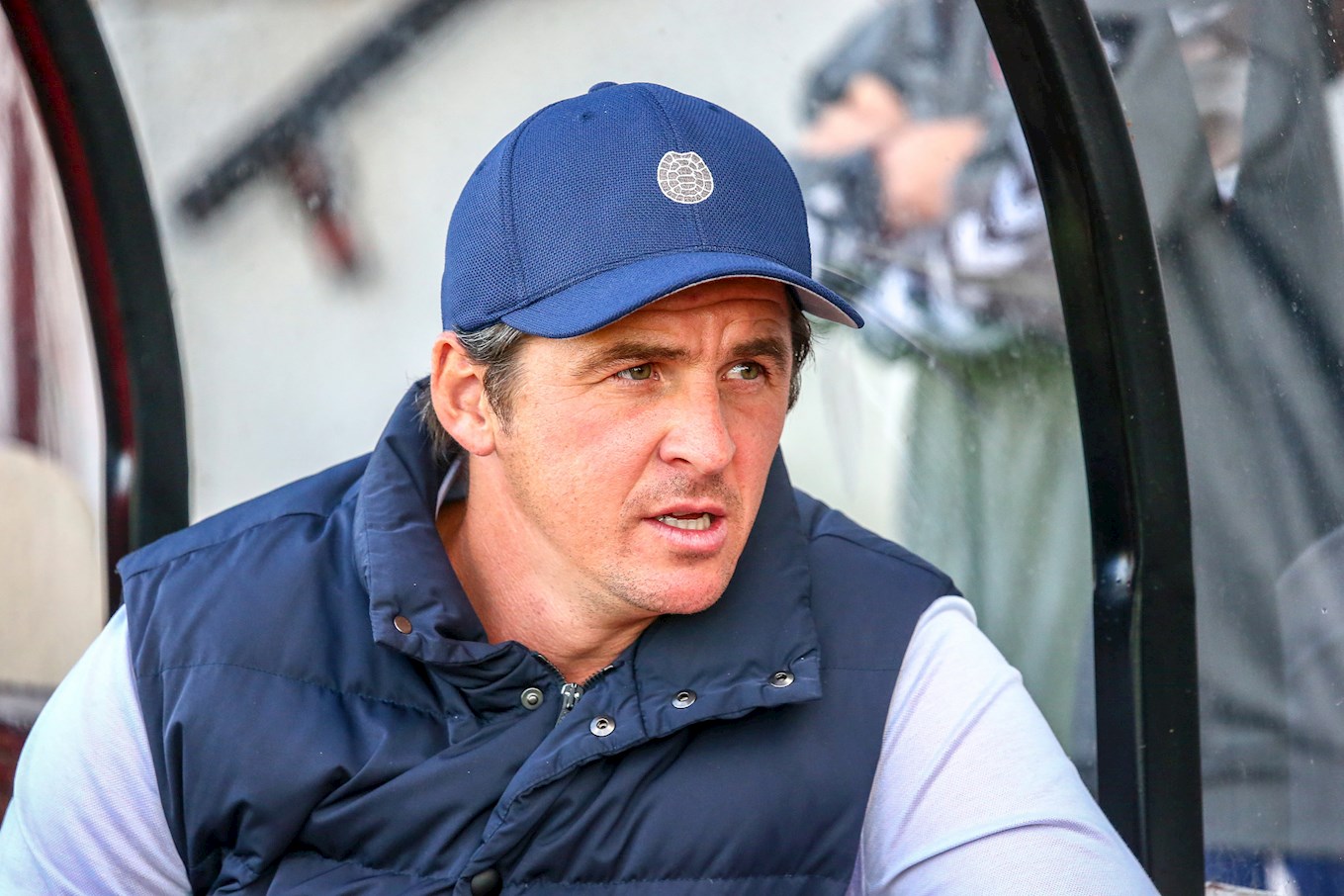 “If we are above that dotted line, it would be a huge success story for Wycombe Wanderers and the players would deserve it as they have been brilliant.

"If we manage to get to 53 points, brilliant, 51 would be great and 50 would be fantastic. I just want a nice survival party at the end of the game because the players and fans deserve that.

"The lads have been working hard this week. There are no extra days off and we have been looking at Fleetwood and working hard and I am looking forward to the game now."

The club are pleased to announce that another bus will be making its way down to Wycombe on Saturday. If you want to book onto this please call the number above. Once the seats have gone, they have gone. 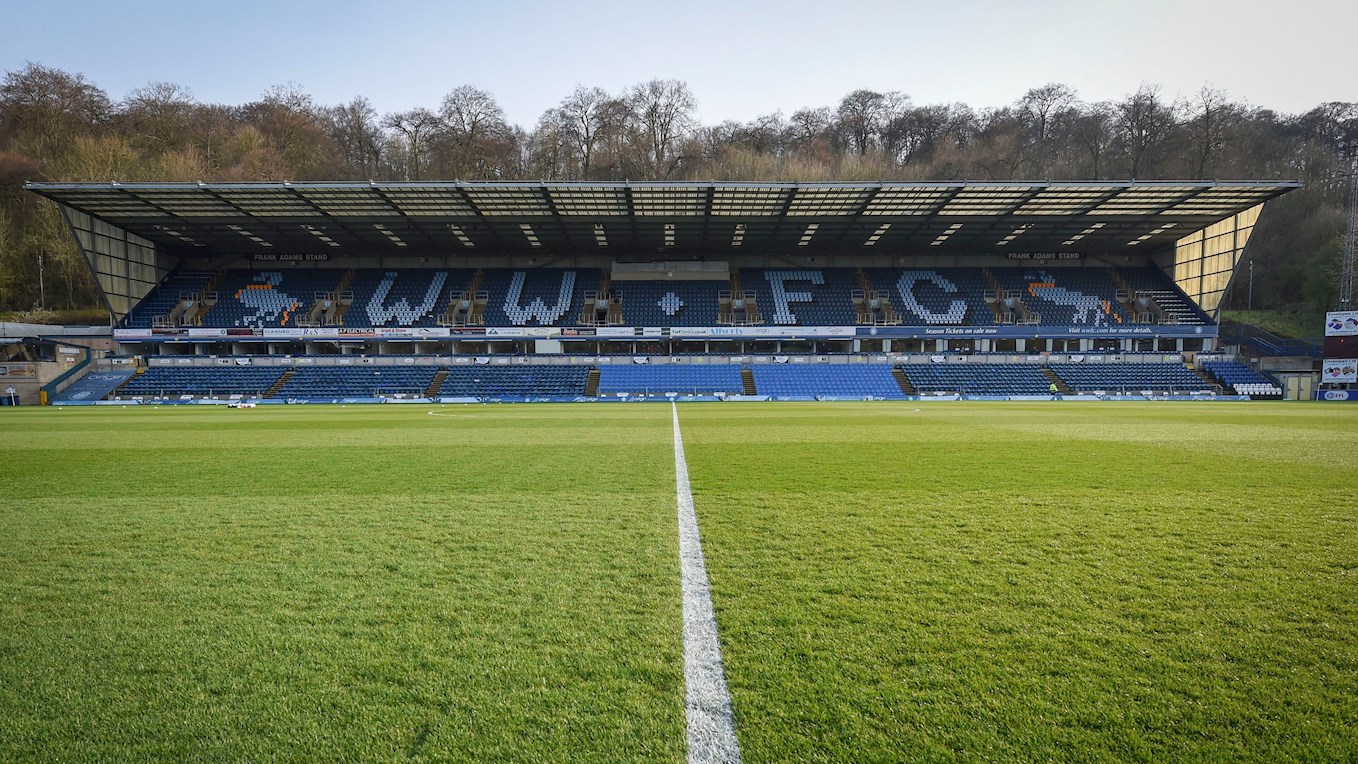 For Fleetwood Town to go and pick up all three points on the final day of the season, the odds are 5/2. Wycombe Wanderers are 21/20 to win the match - making them the favourites at Adams Park.

There are special betting odds on the fixture, and it is for Fleetwood to win with both teams to score. Those odds are 15/2 - worth a bet?

Forward Paddy Madden is one goal away from his 20th of the season in all competitions. For the Irishman to score first in the match, the odds are currently at 5/1, with his to score at anytime in the game, the odds are 21/10.

You can find more betting odds for the game HERE. Please bet and gamble responsibly and when the fun stops, stop!