On what has probably been the hottest day since the lads arrived, it was a double session out on the grass for Joey Barton’s men.

Thursday meant it was day five of the week-long training camp in Vilamoura, and the players knew that they were going to be tested on and off the field in soaring temperatures.

First off, the players headed into the gym to get the players bodies back into work mode – with sports scientists James Barrow and Youl Mawene leading the session.

Breakfast followed before a higher intensity workout circuit, which focused on strength and conditioning and loosening the players' muscles. Soon after, the went on the pitch for the morning session. 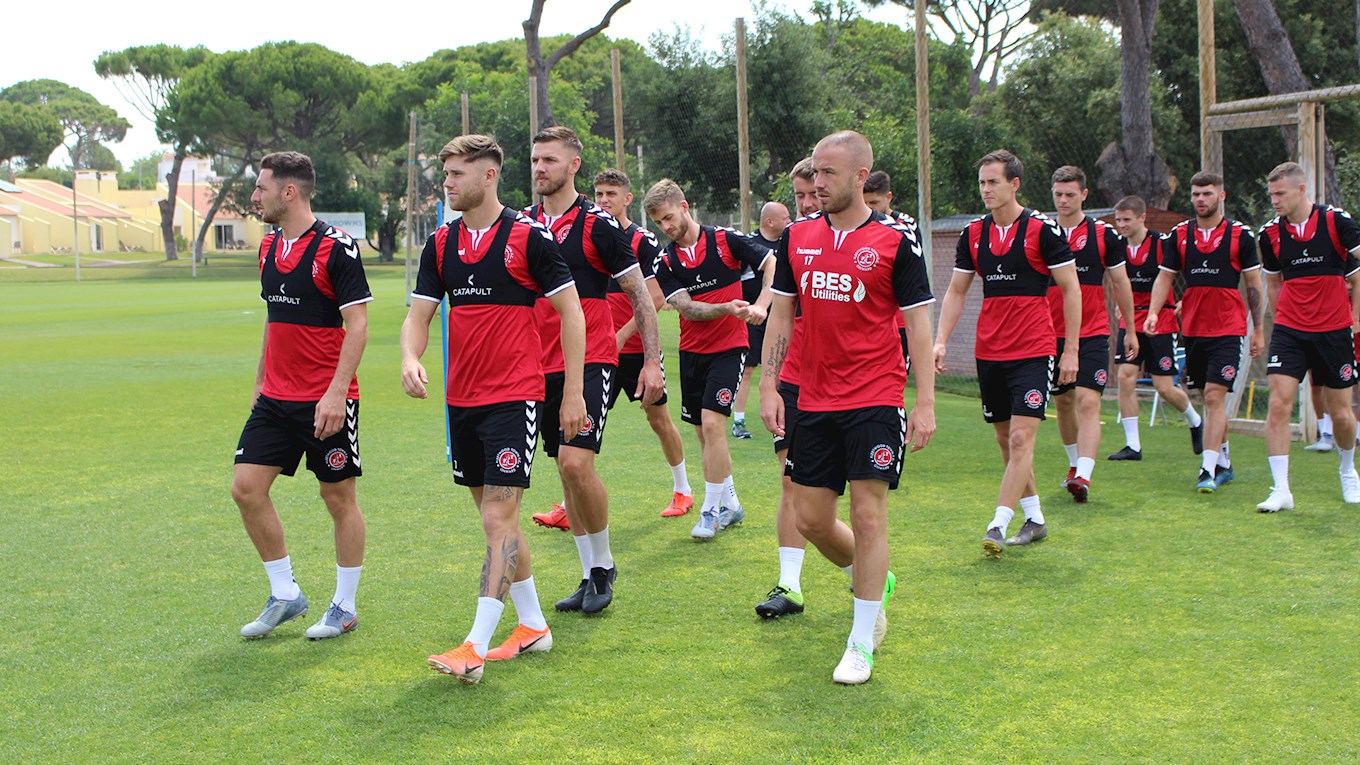 When on the pitch, it was straight into technical play with sessions led by the coaching staff. The players all started together and then split off into position-based exercises.

With the sun shining on the field, temperatures soared and so did the quality of football on show. It was a day where standards were put to the test, with players eager to impress the coaches watching closely by. 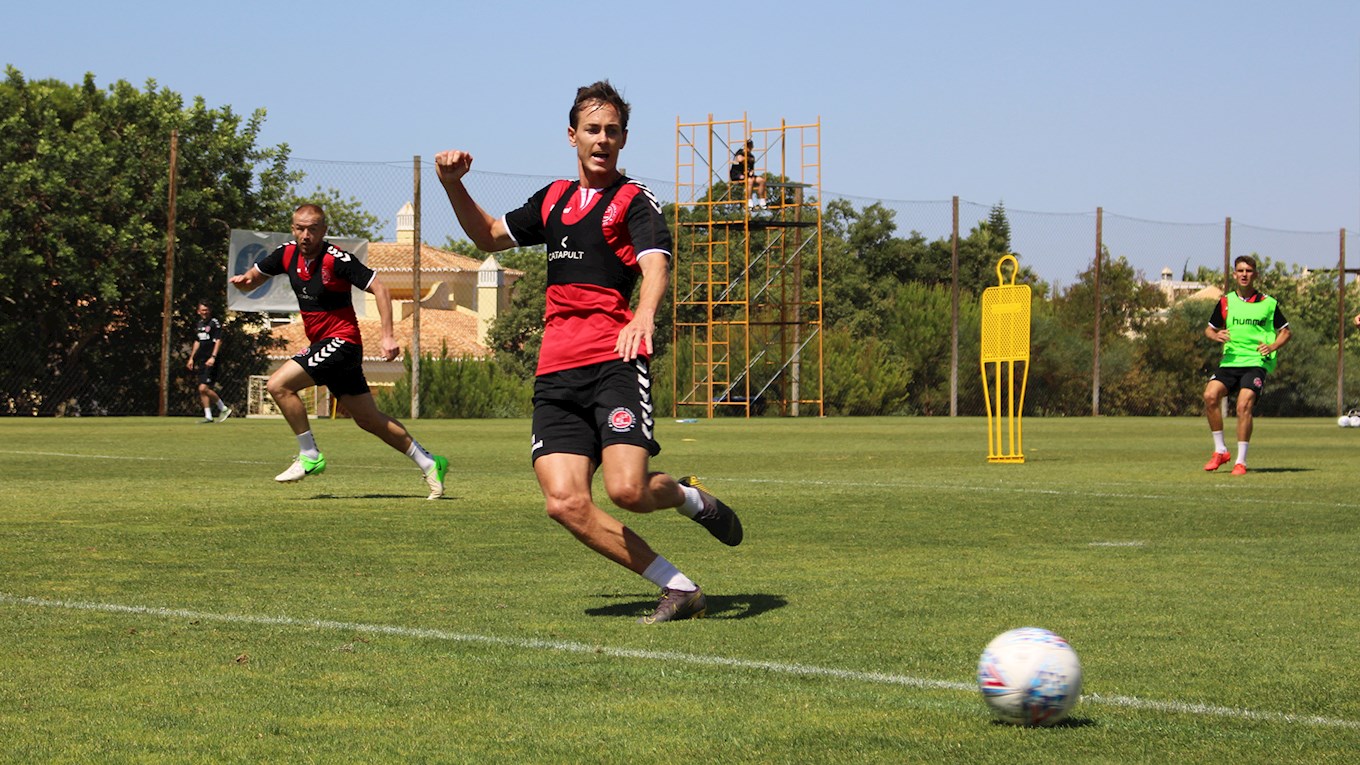 After a well-deserved lunch break, it was time to relax and put feet up as the temperature hit 30 degrees. The coaches took advantage of this and tried to top up their tans before turning their minds to the afternoon sessions.

After a team meeting, the players took to the gym once again, as they were getting limbered up for the afternoon training session. Everyone put on their GPS vests and were ready to go – especially young Barry Baggley. 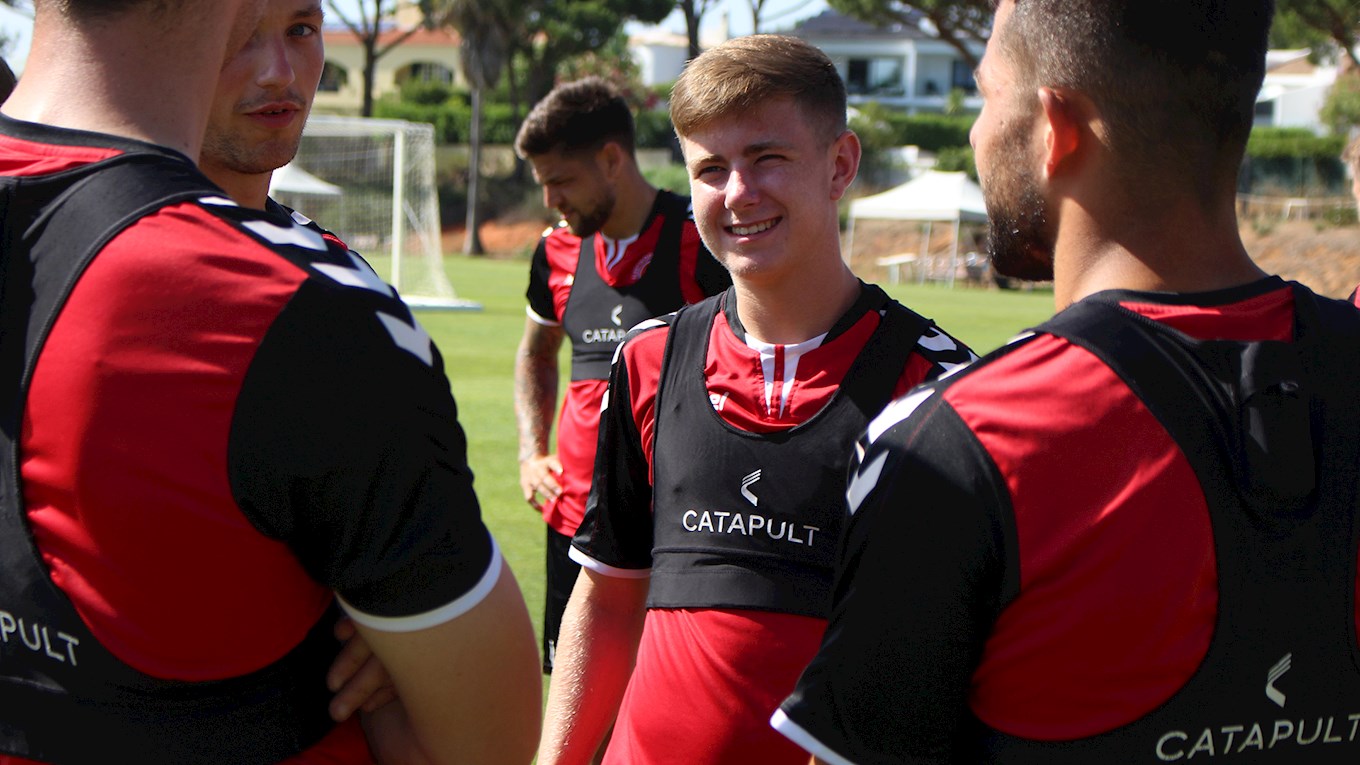 The day finished off with the players cooling off, warming down and taking ice baths which were well needed after the hard work that was put in from the first minute of the day.