Fleetwood Town players Ashley Eastham, Ash Hunter and Wes Burns surprised the children at Carleton Green Community Primary School on Wednesday as they tested their abilities in a KS1 after school club.

With the children starting a new activity at school, the players made a surprise appearance and help the children improve their throwing and catching skills.

The visit started off with a question and answer session with the children, who had plenty of question to ask the players, before a quick warm-up ahead of the main activities.

The group then started a game of dodgeball, which promoted throwing the ball in a certain direction in order to get the other team out. Whenever anyone was out, they had to do ten star jumps before they could get back into the game. The children showed great ability, catching the balls and making the players do the penalty exercises! 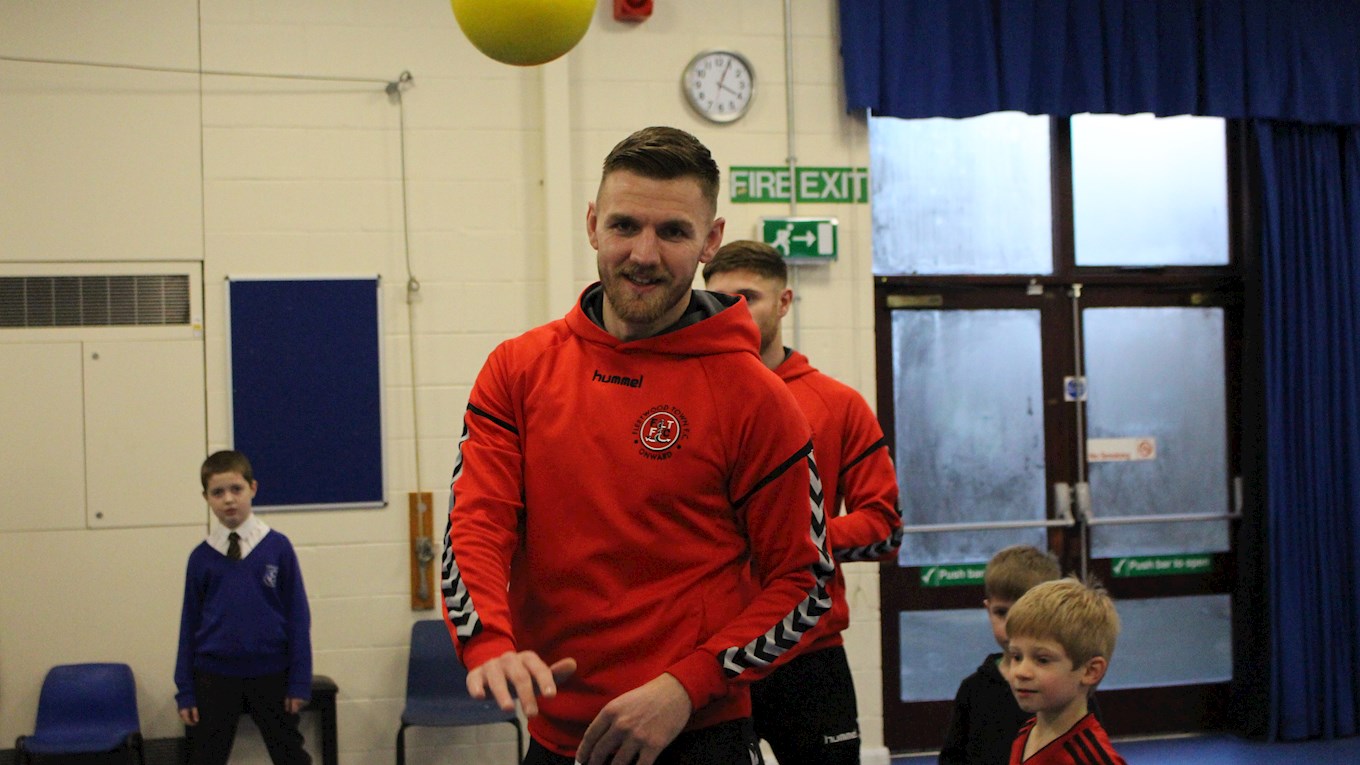 After that, the players went in the middle of a circle and played a game of short distance catch to help the children boost their reactions and hand-eye coordination.

The session finished with a group picture before the players said their goodbyes. We would like to thank Carleton Green for inviting the players in to help out in this session.