Fleetwood Town are delighted to announce that James Hill has signed his first professional contract with the club.

The 17-year-old became the youngest player in the club’s history to feature for the first team when we came off the bench against Premier League side Leicester City in this season’s Carabao Cup tie at the King Power Stadium.

James has been a vital part of Simon Wiles’ Under 18s side this campaign, and has penned a long-term contract with the Cod Army. 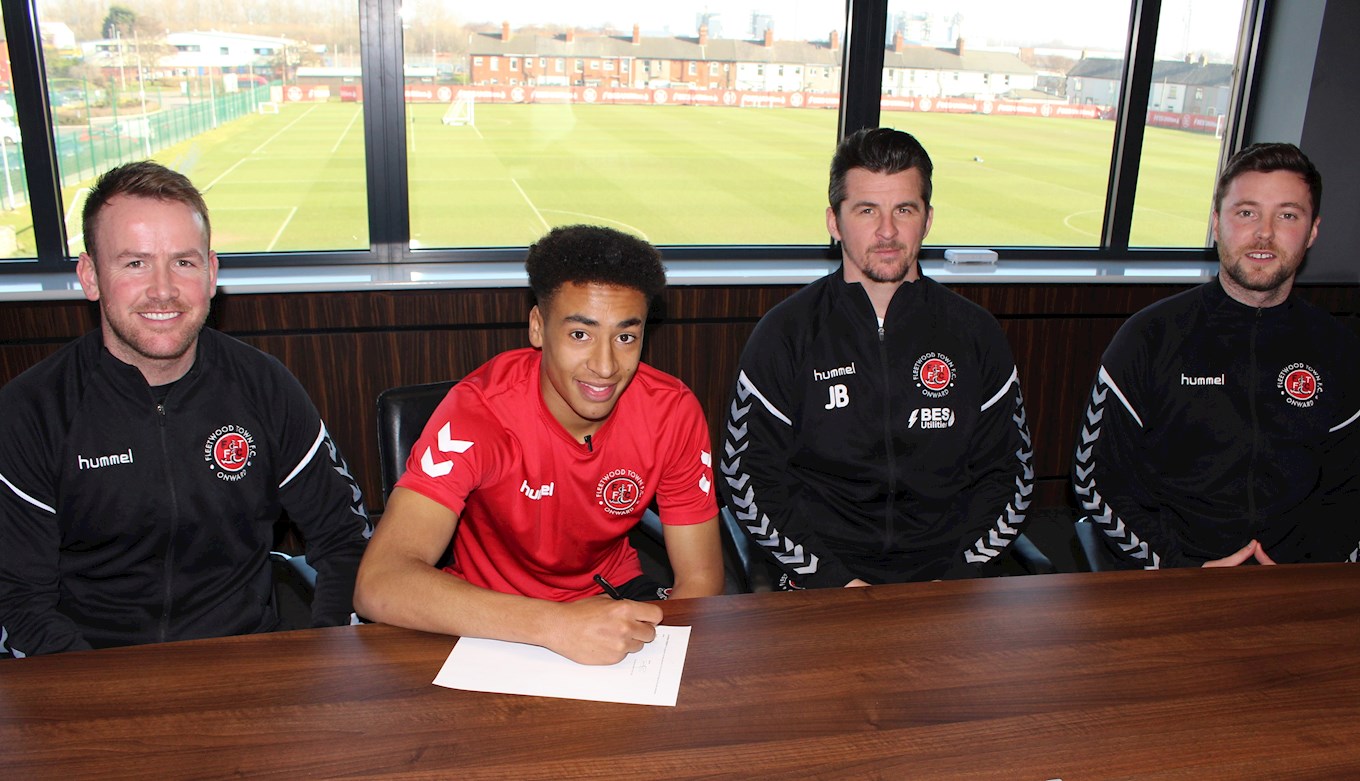 Upon watching the central defender put pen-to-paper on his contract, head coach Joey Barton said: “As a club we are really pleased to have James sign his first professional contract.

“It is a proud moment for James and his family, and the hard work really begins now. He has already made his first debut team in the league cup tie at Leicester earlier in the season, and I’m sure that game has given him the taste of what first team football is all about.

“I look forward to continue working with James as he continues his development with us at Fleetwood Town.”