After a narrow defeat on the road at Doncaster Rovers, Town head coach Barton has brought in goalkeeper Matt Gilks - who will make his Fleetwood debut - to replace Alex Cairns between the sticks, with Paddy Madden coming in for Jordan Rossiter, who picked up a head injury in the first half at the Keepmoat Stadium.

Madden will lead the line after scoring two goals in his last two league appearances, with Conor McAleny just behind after he scored his first of the season with a close-range header which gave Town the lead at the weekend.

The back four stays the same, with Jack Sowerby and Paul Coutts remaining in the midfield, with Wes Burns and Morris on the wings supporting the attacking options.

Here is Fleetwood's squad for the match versus Gareth Ainsworth's Chairboys:

WATCH TOWN ON IFOLLOW FOR JUST £10

If you can't make the game this evening, don't worry as you can follow the action live on iFollow. Fleetwood supporters living in the United Kingdom can live stream tonight's match, as well as overseas fans. This will cost just £10 which included the video footage, and full match commentary. Click HERE to buy your package! 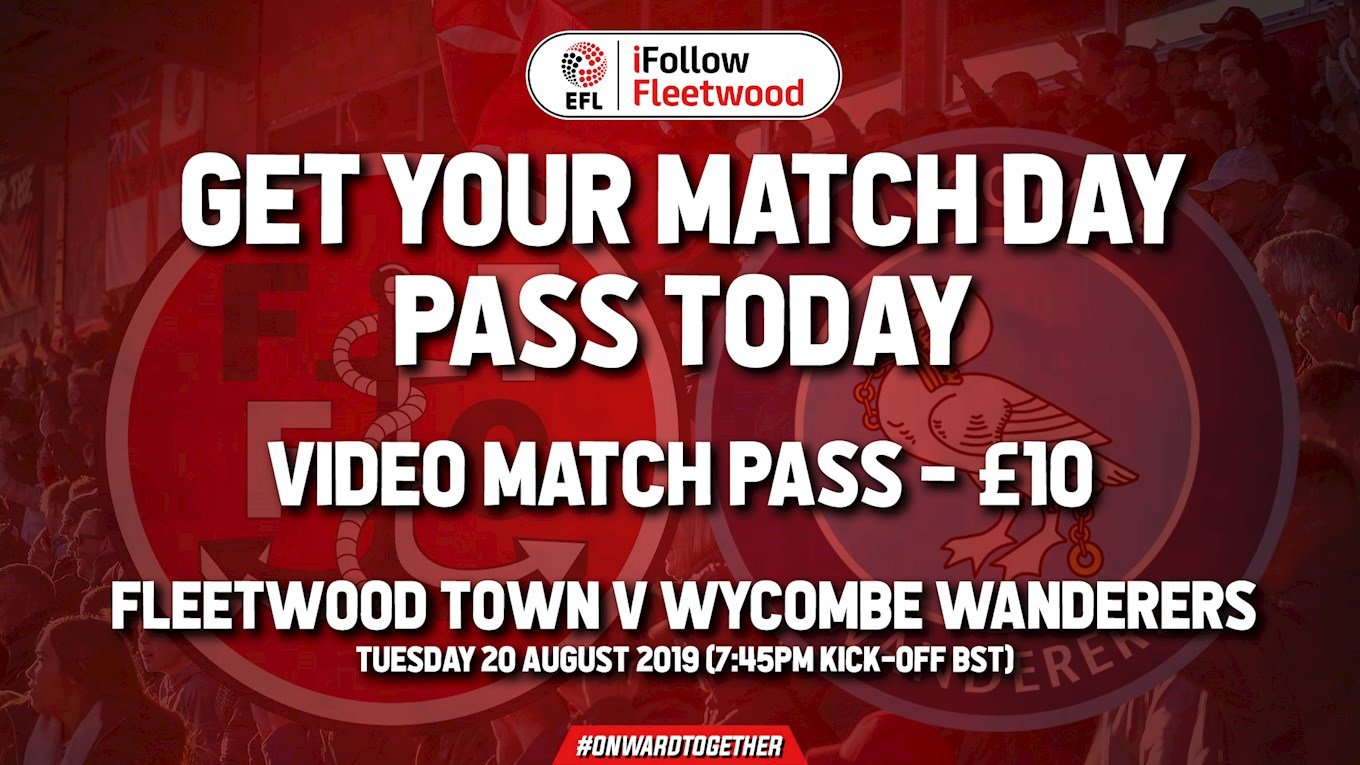