The visitors have made one change to the side that beat Accrington Stanley 2-0 in the Lancashire derby last weekend at Highbury, with Harrison Biggins coming into the starting XI and replacing Ashley Hunter.

Lewie Coyle will make his 100th appearance for Fleetwood in all competitions - with his first official match being against Rotherham United at home in 2017. A great achievement for the Leeds United loanee.

Matt Gilks keeps his place between the sticks after keeping Town's first clean sheet of the season, with the same back four in front of him. Can the Cod Army make it back to back wins and cleans sheets against the goalkeepers former club this afternoon?

If you can't make the game this afternoon, don't worry as the action will be covered on iFollow!

Supporters outside of the United Kingdom & Ireland will be able to stream the game live, and listen to full match commentary for just £10.

For fans based in the U.K, for as little as £2.50 you can listen to the match on your device. 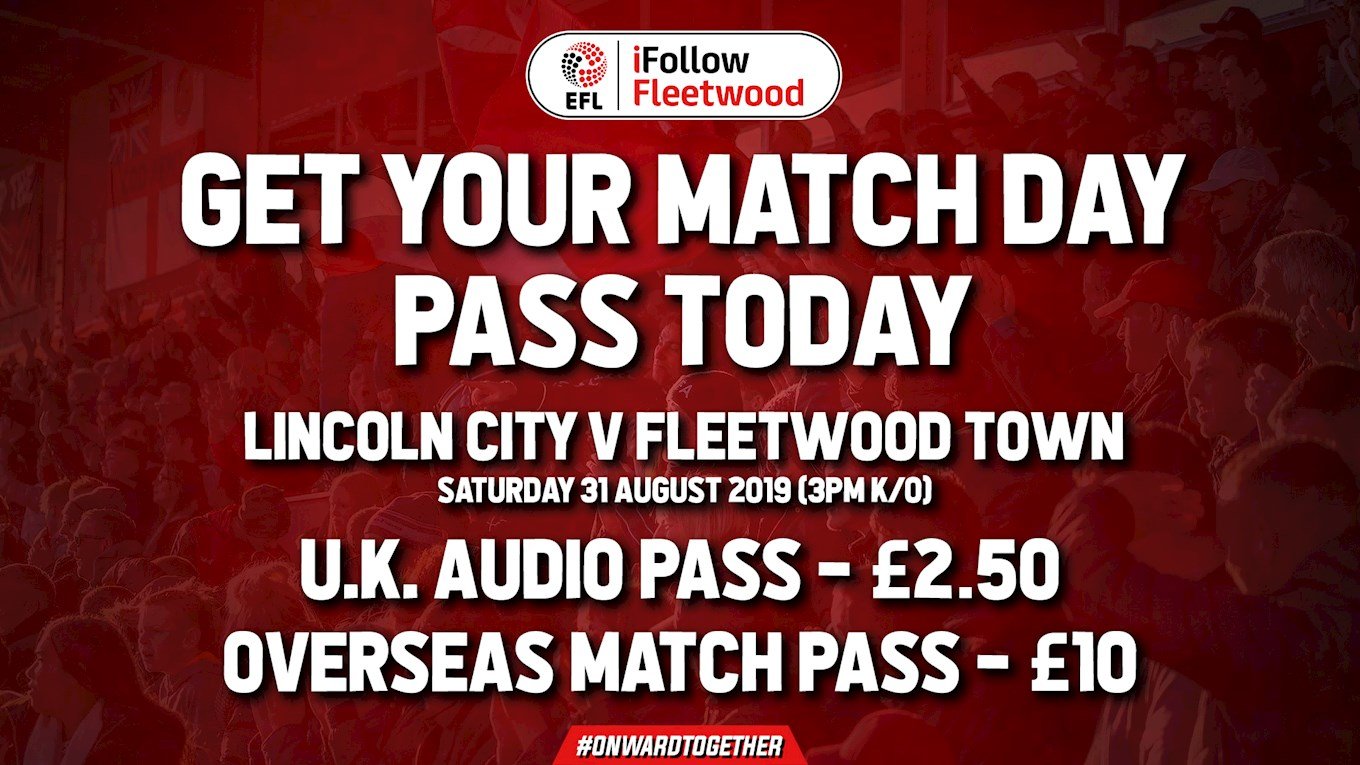