Have you ever wondered how the Highbury pitch is kept in such pristine condition over a season?

Fleetwood Town’s Head Groundsman Nick Hyndman has spoken to the club’s website about the day-to-day maintenance of all pitches at Poolfoot Farm and at Highbury, along with what happens during the off-season.

What is your normal day routine at the club?

“My day starts off at the training ground at 8am where I go to my office and prioritise what we are going to do for the whole day. Day-to-day is about the training and the requirements needed for that day and with this, it helps me with the planning, and where my team need to carry out the work.

“One or two of the team are down at Highbury Stadium during the week and then the other four of us are based at Poolfoot Farm where there can be a lot going on. We have four 11-a-side pitches and then all the 3G pitches to look after so we are always onto something.”

What would you say the most challenging part of the season is for you and your team?

“Our most difficult time is during the winter period as when you look at the TV and see the Premier League pitches, they are pristine and unfortunately we don’t have that luxury but we have to get those frost covers on when there’s frost due to no undersoil heating.

“When we get into November we know that what the pitches and grass looks like, that is what we have until March and that’s what we have to work with and make sure it is in the best condition possible for the players when it comes to a matchday." 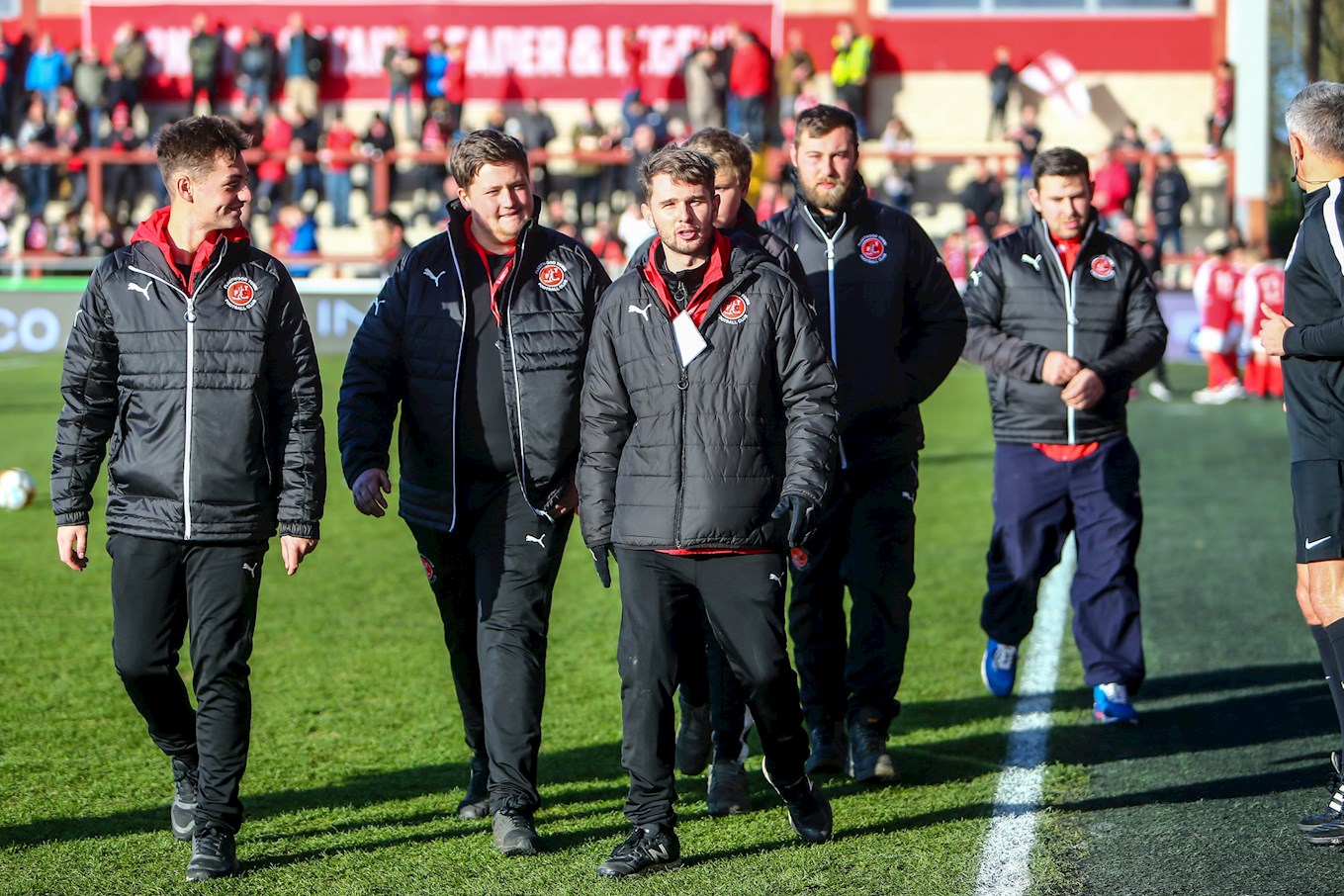 What was it like in the build up to the televised FA Cup match against Leicester City?

“I remember this game as it was a bad one leading up to the match. The weather was a nightmare so we got ourselves a dome over the pitch which kept the rain away, but there was pressure on us as a club.

“It was the middle of January and we didn’t have the weather, but the pitch has to be right and that leaves a lot for us to think about.”

Do managers have an influence on the pitch?

“Yes, managers have a say and when we go back to Uwe Rosler he was very meticulous about what height the pitch was at the training ground and stadium, how much pre water went onto the grass, and also the shades that would show on the pitch.

“He was keen on that side of things, and then we’ve had managers who are more relaxed and are happy as long as the pitches are prepared and watered, they leave you to your job but every manager is different.”

Now the season is over, what would you and your ground staff do ahead of the new season?

“We do have our renovations booked in but for now the pitches are open for commercial use and it’s nice to allow the community to use it instead of just the first team, and it’s always nice to give something back to them.

“Alfie Boe is coming up too and that will affect us as it shortens the window for renovations and that will mean a tight schedule for us as a team as we will have six weeks to get the pitch from taking the top surface off to then getting in back to a playable pitch.

“It will be challenging for us but away from here we have the pitches at Poolfoot Farm to go through a similar process. The main focus is the stadium but we do need to focus on the behind the scenes work at the training ground as well.

“We know we will be working hard to get everything in place for the first match of the new season.”