Fleetwood Town are set to face Burton Albion at the Pirelli Stadium on Tuesday 4 October, and we have all you need to know ahead of the 7:45pm kick-off in our match preview. 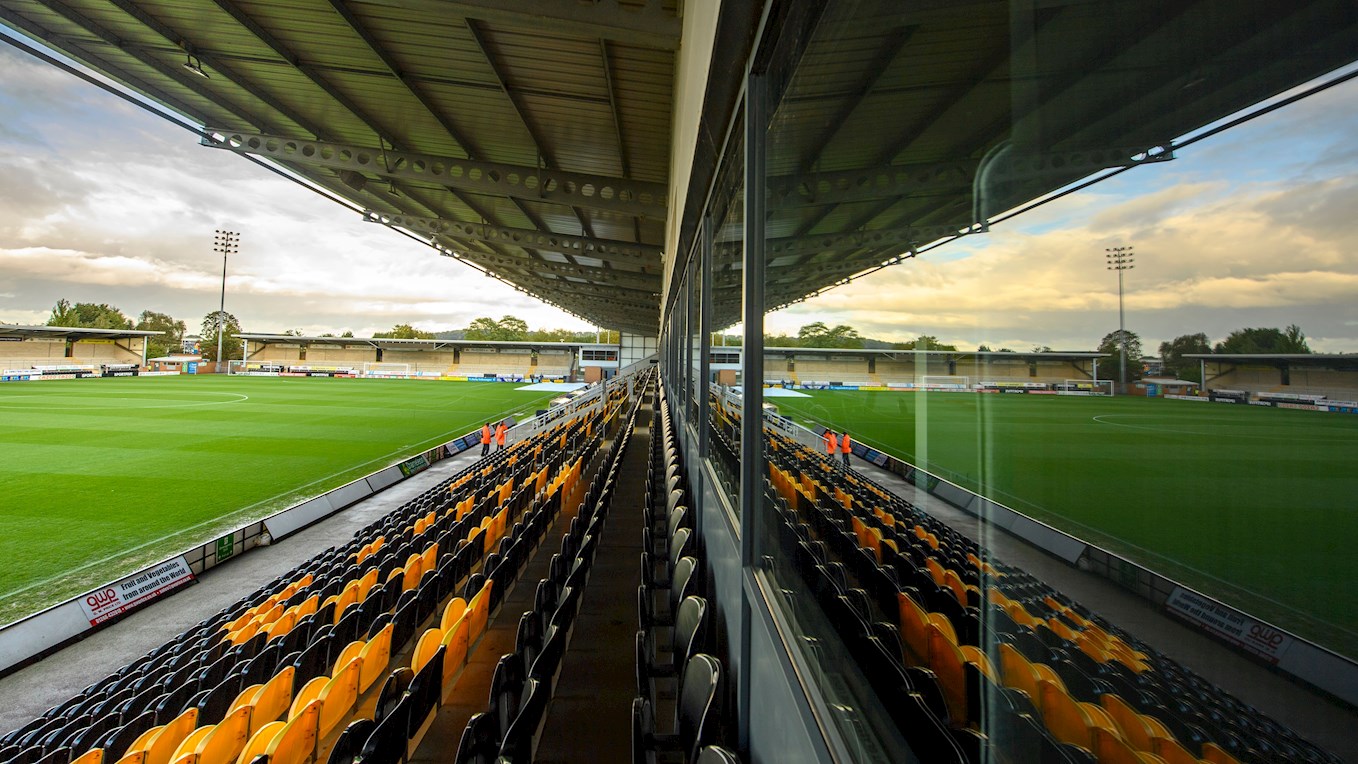 After an eventful international break, which saw multiple players head out to their respective countries to play at various levels of competitions, Town were back at home on Saturday as they hosted recently relegated side Barnsley at Highbury.

In a game of few chances, it looked destined to be a goalless draw on the day as both sides headed into added time at the end of the clash level, but it wasn’t meant to be as substitute Jack Aitchison managed to get his head on a cross with seconds to go to grab the decisive goal in the clash.

The last league outing before that was when Charlton Athletic came to town and left with a point. Morton broke the deadlock a half-hour into the game, but Miles Leaburn came off the bench for the visitors and levelled things up just before the end. 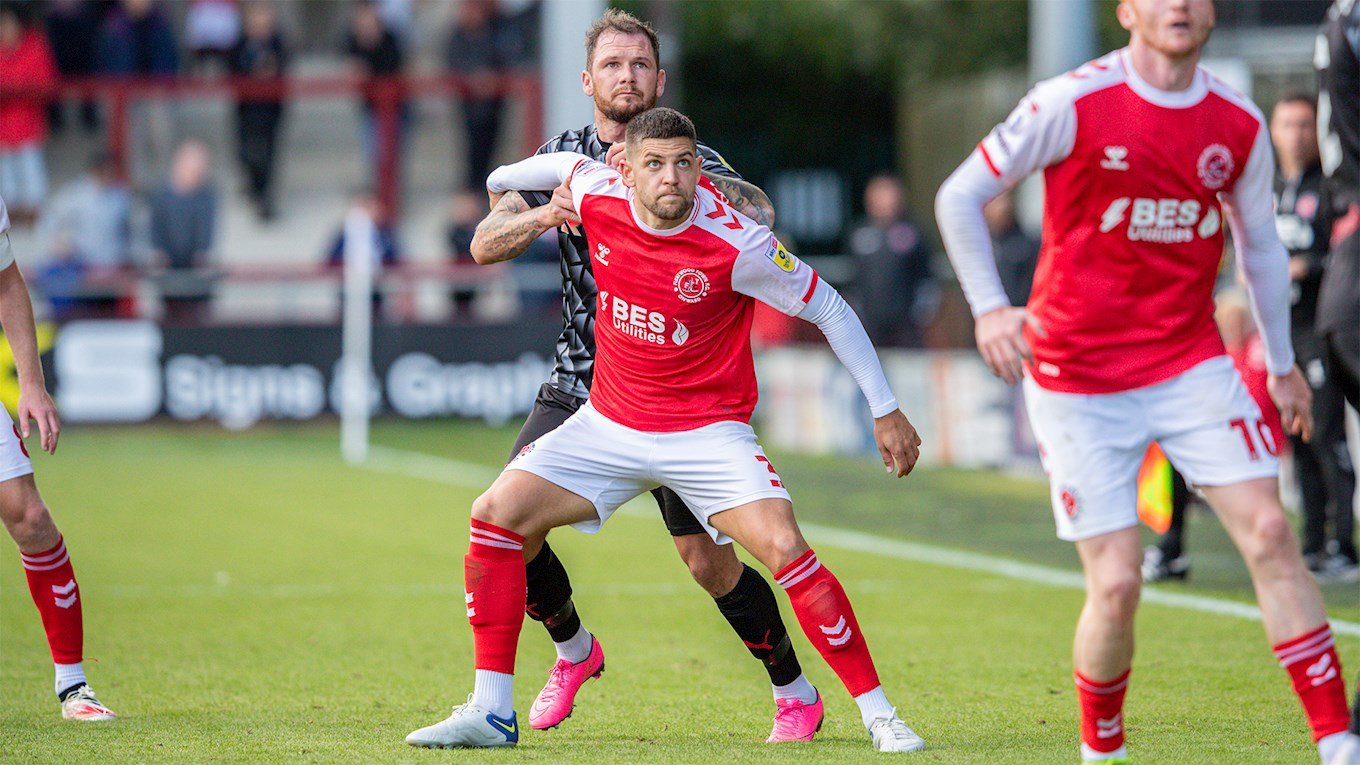 The Yellows have turned their season’s form around in the last couple of weeks as they have managed to win three of their last four games in all competitions, with the last win ending 3-2 at home against Forest Green Rovers.

It was a dominant performance from Victor Adeboyejo as he broke the deadlock just six minutes in before goals from Reece Brown and Connor Wickham meant Burton would fall behind with 20 minutes to go. However, a late brace from Burton’s number 14 – completing his hat-trick – meant they would win out at the Pirelli.

Before that was an unfortunate loss to Shrewsbury Town away from home as, even though Adeboyejo netted another goal in this one, it was Ryan Bowman’s effort that secured all three points for the home side in a game that Burton dominated the stats. 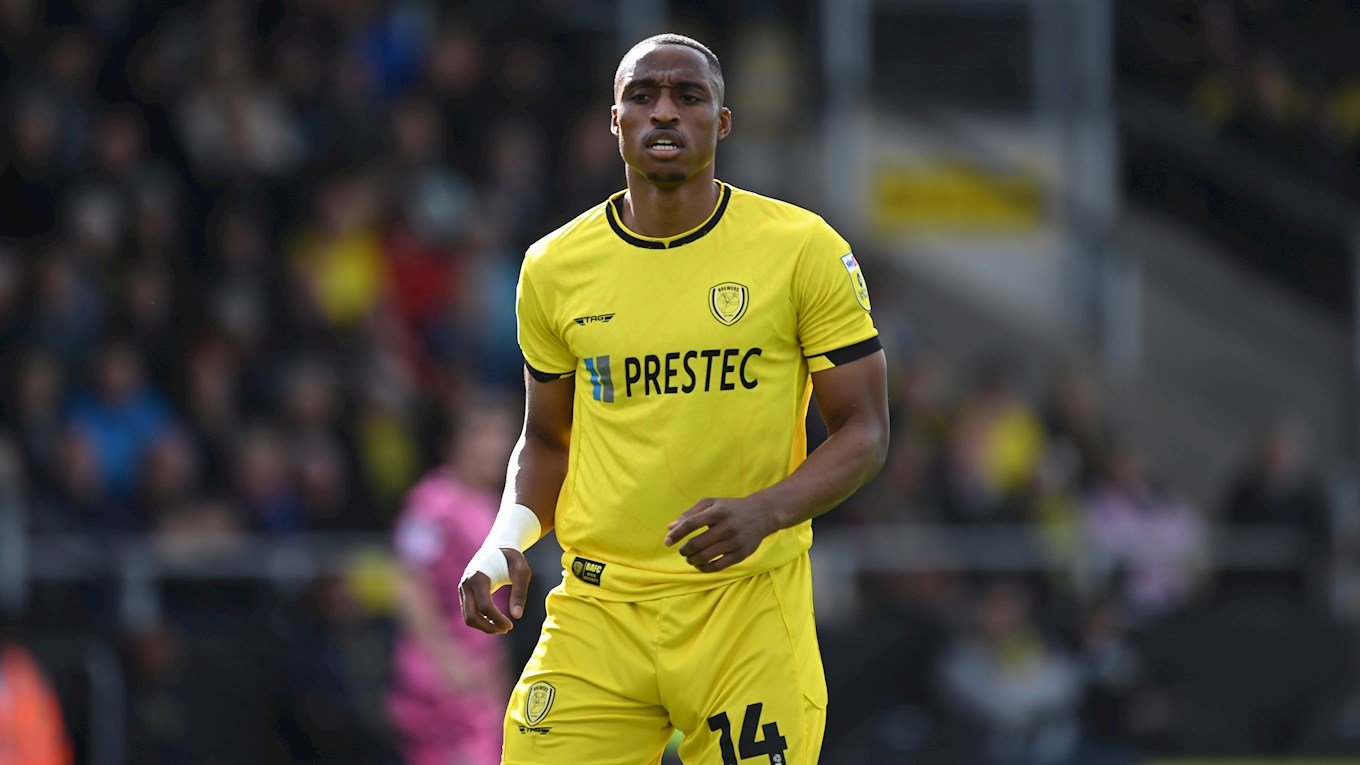 SCOTT BROWN AFTER THE BARNSLEY RESULT

Head coach Scott Brown spoke to the press after his side narrowly lost out to Barnsley at Highbury on Saturday afternoon – here’s what he had to say:

“As an overall performance from the lads, they worked extremely hard, and they always try to listen at half-time. I thought their understanding of the shape was very good.

“As I said to the lads, it’s horrible losing last minute but they gave everything with their effort, they always give us 100%, but final third, a little bit of quality was maybe what we were missing today. We had a couple of good chances but neither of them could hit the back of the net.

“We’ve got a lot of injuries and a lot of games coming up but for us as a team, we need to make sure we’re all fit for the game on Tuesday.” 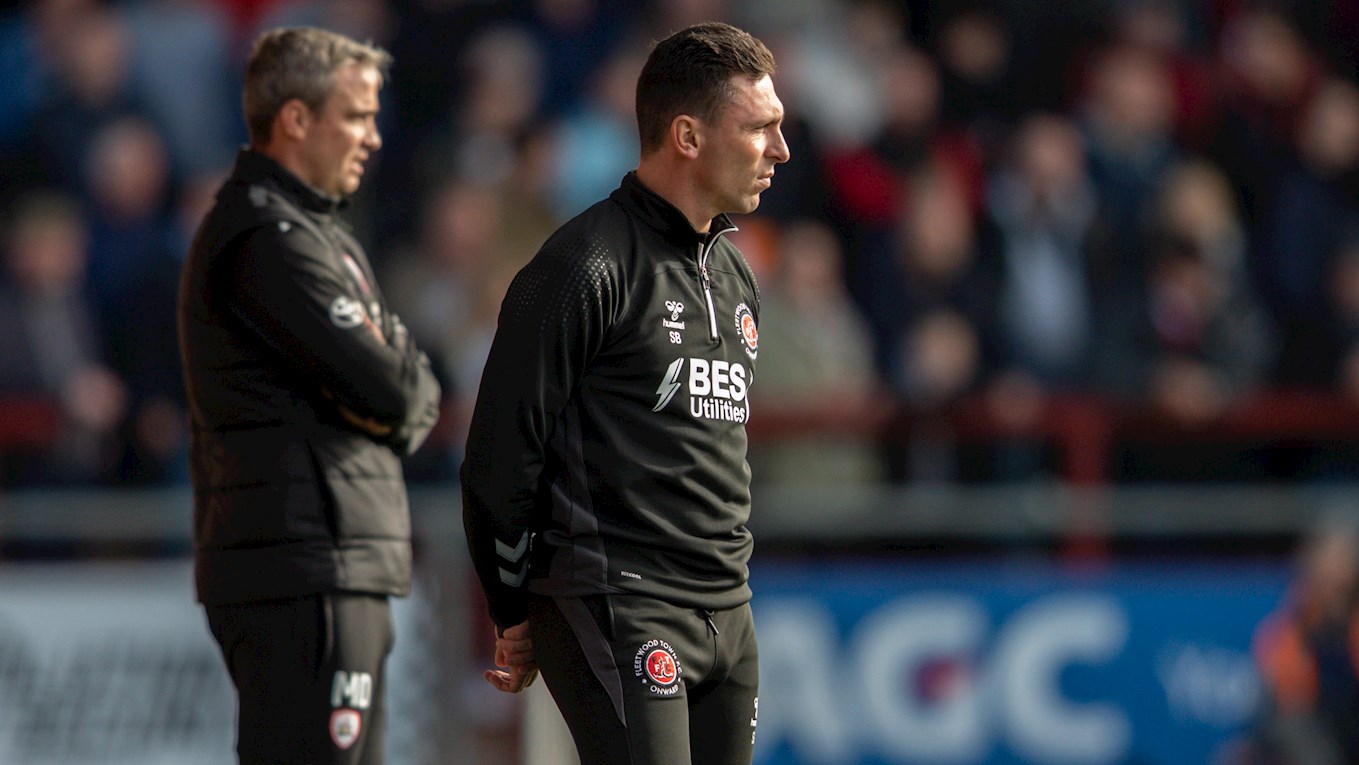 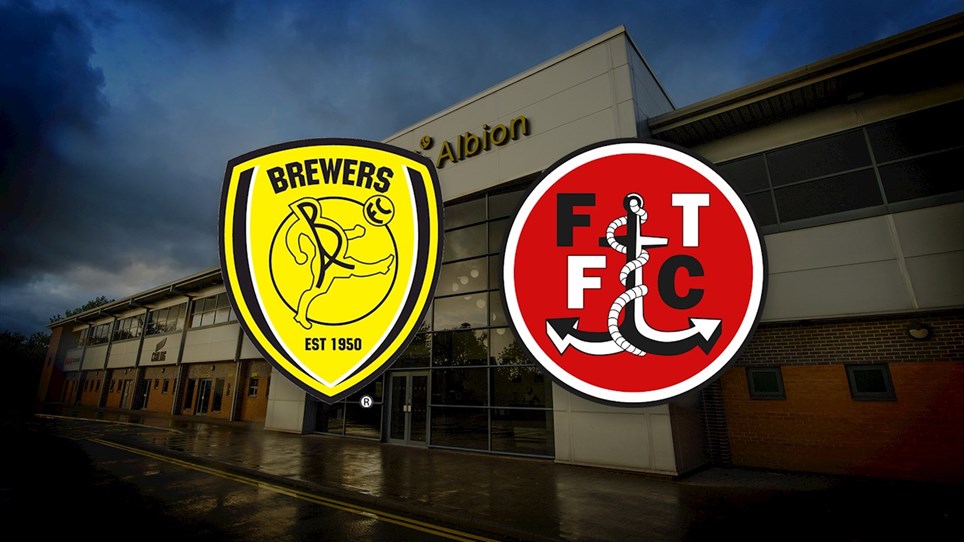 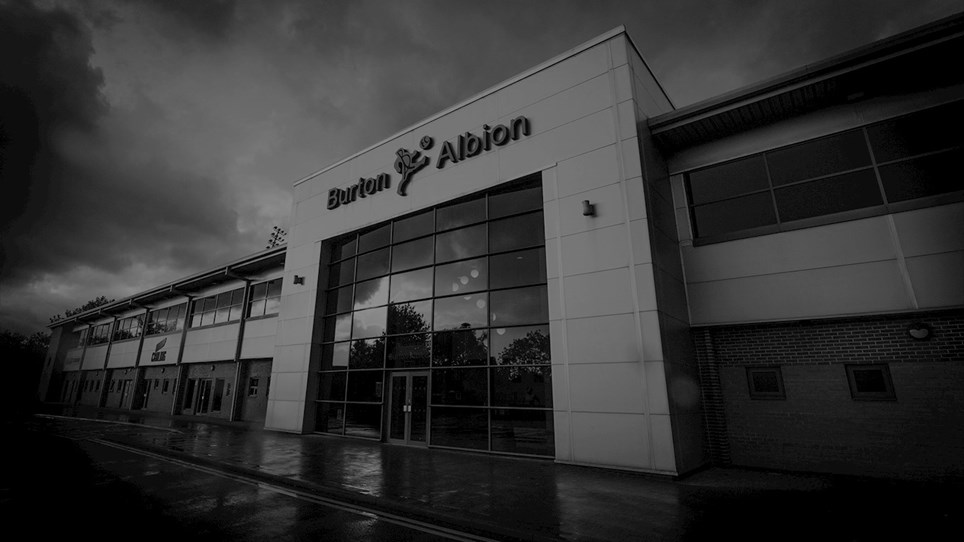 Fleetwood Town held out as they managed to beat Burton Albion 1-0 in their Sky Bet League One clash at the Pirelli Stadium on Tuesday evening.

A first-half goal from Harvey Macadam was the difference in the game as he proved to have built a good partnership with Shaun Rooney down the right wing for the Cods. The lead could have been doubled on multiple occasions, but the game would finish as a one-nil victory on the road.

It was a quick start to the game as Shaun Rooney almost found the head of Admiral Muskwe just 60 seconds into the game before the hosts went down the other and forced a good save from Jay Lynch, through a Davis Keillor-Dunn effort.

From the resulting corner, it was looped over to the back post where Cameron Borthwick-Jackson was waiting. He then found John Brayford six yards out with his cross, whose header clattered against the crossbar and Town were able to get the ball clear.

Town had a couple of quickfire chances around the 15-minute mark as Paddy Lane picked out Carlos Mendes Gomes after a quick free kick, with the latter firing high and wide of the target before Lewis Warrington found himself with the ball 20-yards out soon after and shot just over the bar.

Around the half-hour mark, the Cods pressed for the opener and that they did. After Muskwe’s effort from the edge of the box somehow flew past the post, Macadam carried on his recent run of form as he controlled the ball and confidently smashed it past Ben Garratt to make it 1-0.

It could have been two for Fleetwood soon after as the ball was played to Mendes Gomes at the back post, who took down the ball but drilled his low effort just wide of the target. Rooney also had an effort ahead of the break, after latching onto Lewis Warrington’s deep cross, but the header went off target.

Chances were a premium at the start of the second period as everyone at the Pirelli had to wait until the 55th minute for the first one. It was one for the hosts as Calum Butcher thought he was through on goal, but as soon as he struck his shot, Josh Earl tracked back perfectly and got in the way.

An hour in, Warrington tried to finish off a move from the training ground as he was picked out by Danny Andrew from a corner. Town’s number 16 decided to attack the lobbed pass by half-volleying it towards Burton’s goal, with the strike, unluckily, going just wide of the near post.

After a couple of forced substitutions due to knocks in the Town back line, Scott Brown’s side carried on pressing as Morton, who came off the bench in the 75th minute, had one effort saved by Garrett before taking him on in the next attack, but somehow missing an open goal.

Following the postponement of Saturday’s Sky Bet League One fixture against Burton Albion, we can provide the following update regarding match tickets and coach travel.

All tickets purchased for the game at the Pirelli Stadium will remain valid for the rearranged fixture, with a new date set to be announced in due course. Supporters are advised to keep hold of their match ticket if already collected.

The ticket office will be open until 5pm on Friday evening and will reopen on Monday 12 September at 9am. 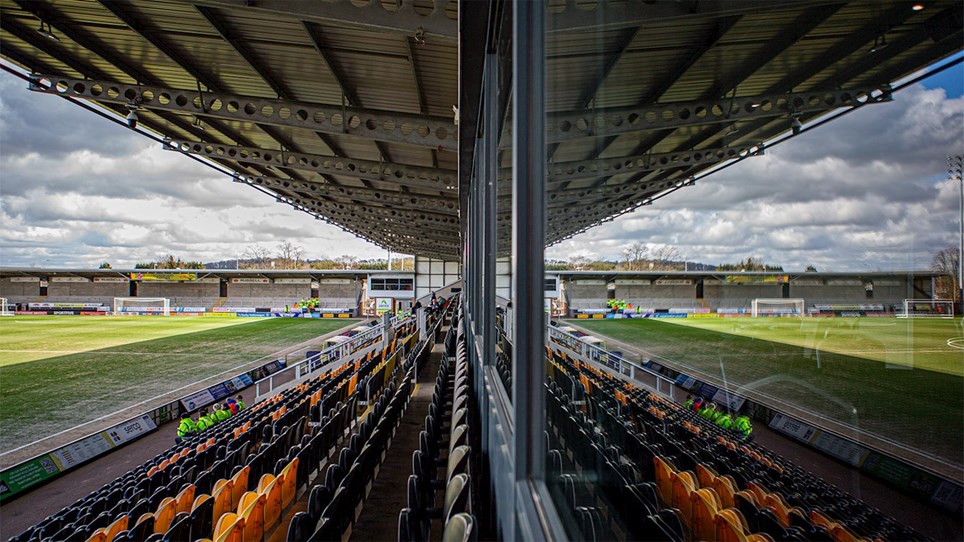 Less than a week to go until we face Burton Albion


Fleetwood Town are set to face Burton Albion at the Pirelli Stadium on Saturday 10 September, with tickets and coach travel on sale for the Sky Bet League One clash. 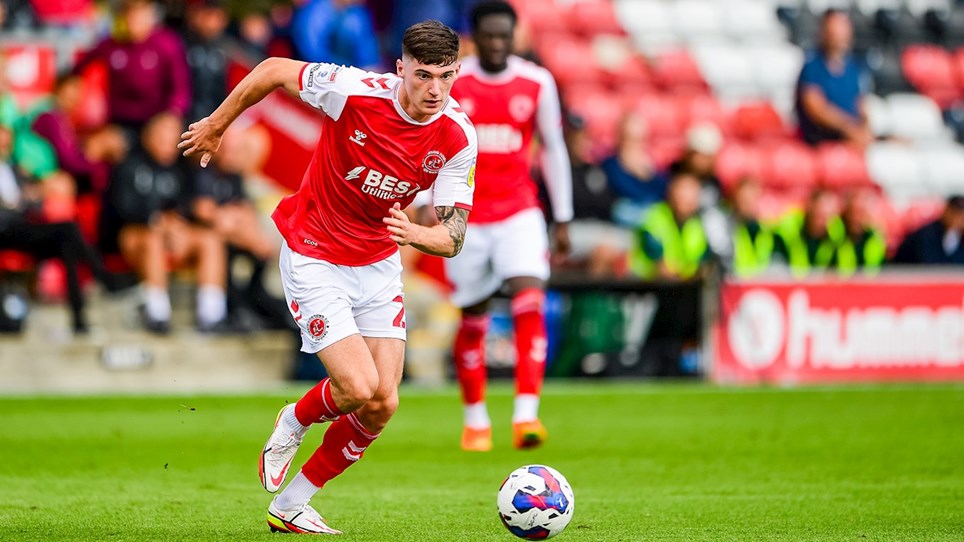 Away tickets now on sale for trip to Burton Albion


Tickets for Fleetwood Town's Sky Bet League One fixture away at Burton Albion on Saturday 10 September are now on sale. 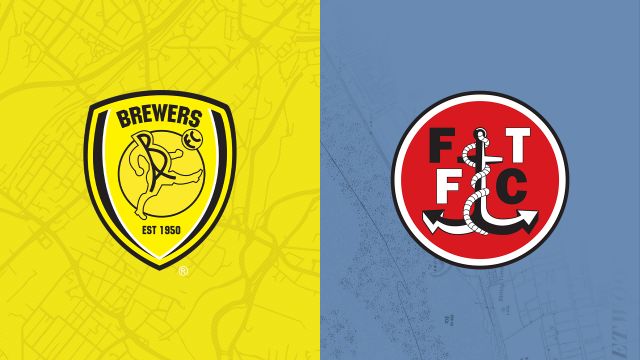 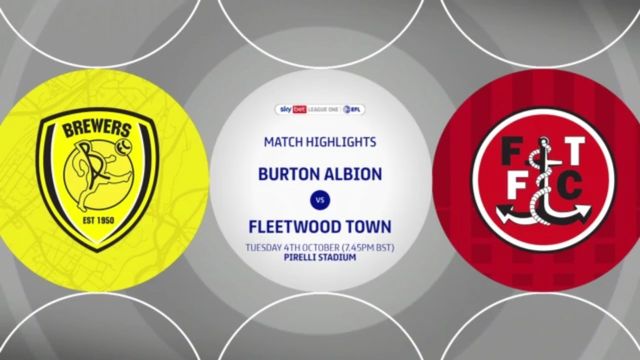 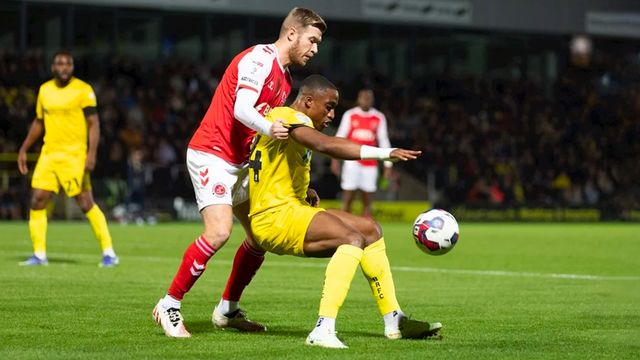