Fleetwood Town are set to face Wigan Athletic at Highbury on Tuesday 9 August in the First Round of the Carabao Cup, and we have all you need to know ahead of the 7:45pm kick-off in our match preview.

Competition: Carabao Cup Round One 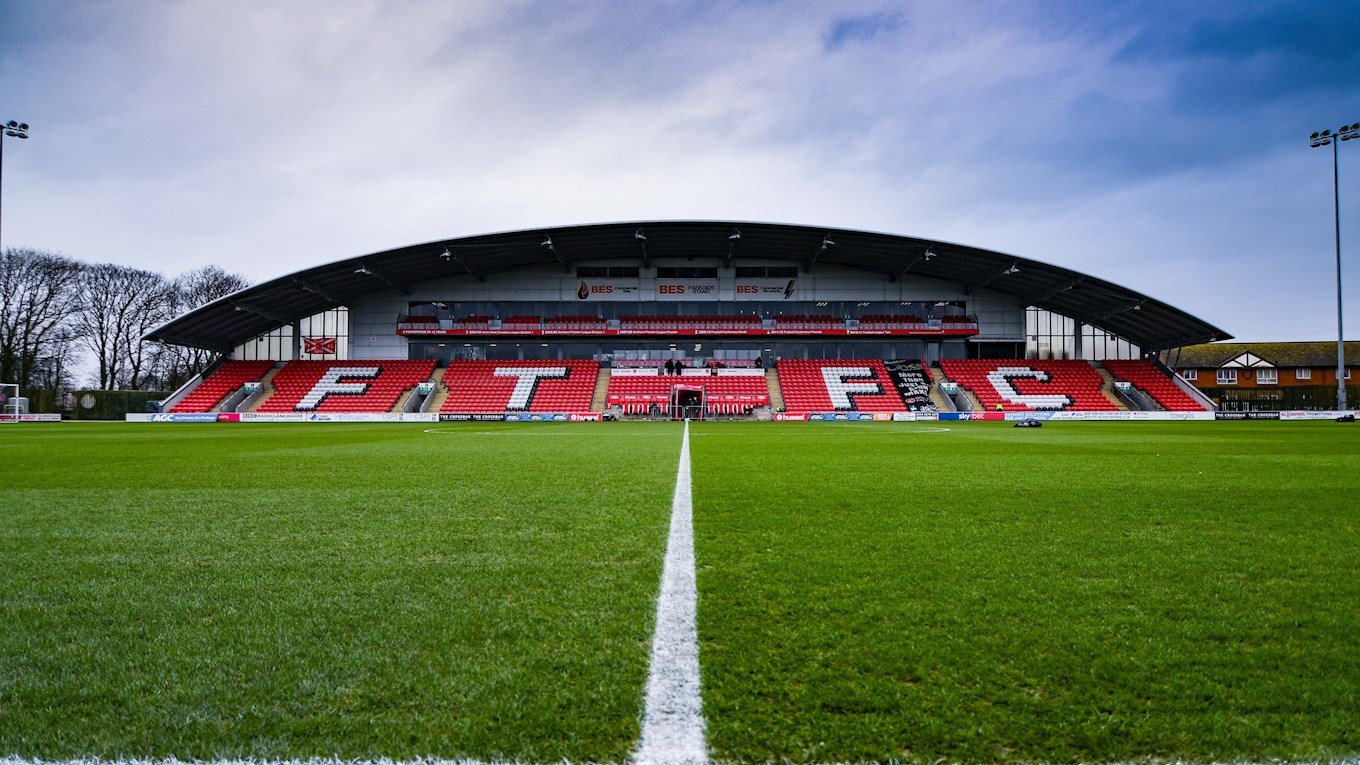 The Cod Army got back to winning ways at the weekend in their second match of the season. Town came from behind to claim all three points against Plymouth Argyle.

Ryan Hardie opened the scoring from the penalty spot for the Green Army, but it was goal-scoring midfielder Dan Batty who made it 1-1 at both teams entered the half-time interval. Scott Brown rallied his troops together and with two of his substitutes making an impact, Cian Hayes and Joe Garner linked up in the 88th minute to seal the win in front of the home faith. 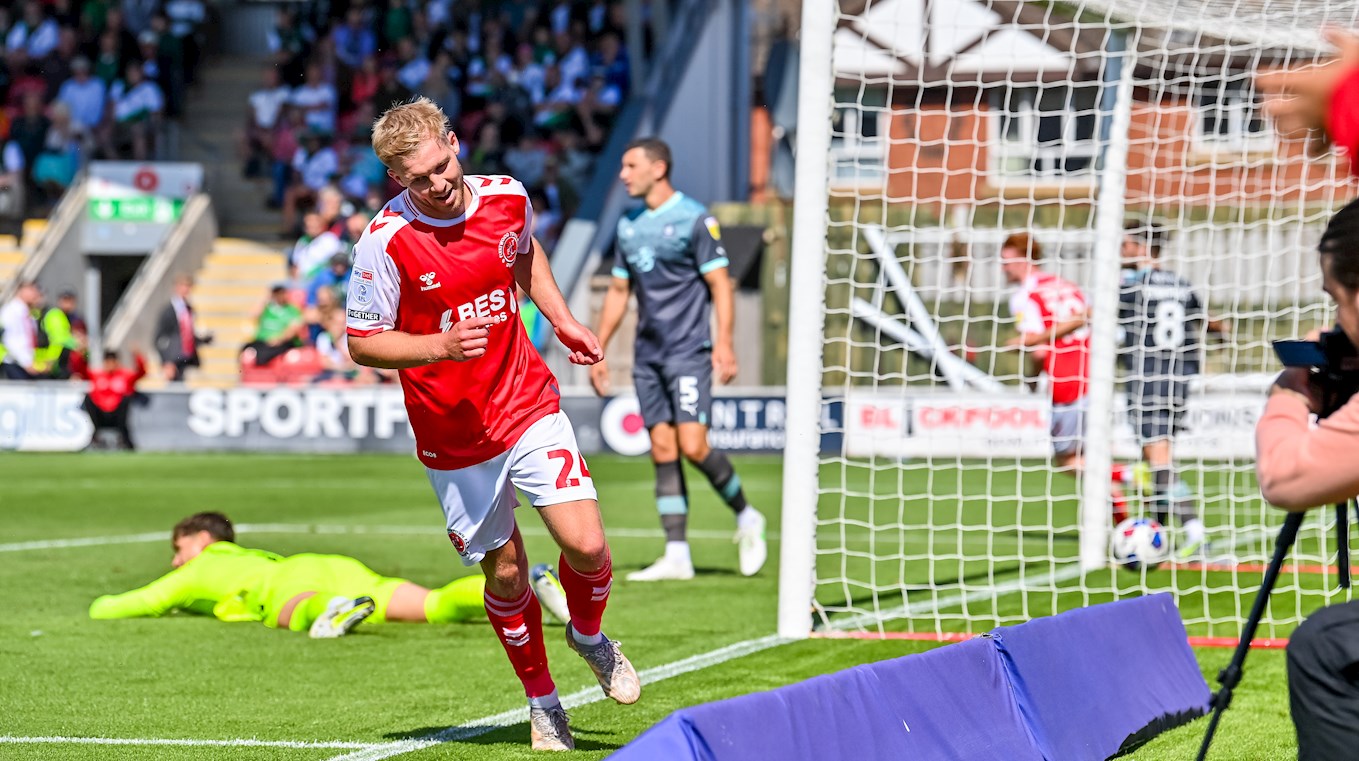 The Latics have had a steady start to their Sky Bet Championship campaign with two draws on the bounce. The first came in their trip to Norwich on the opening day of the season with the match finishing one-a-piece. James McClean scored first with the Canaries equalised in the second half through Max Aarons.

In Wigan's second game of the season, they welcomed fellow North West side Preston North End to the JD Stadium. It finished goalless with both sides sharing the points.

Latics have fond memories of trips to Fleetwood, most recently the comeback 3-2 victory in the 2021/22 season, thanks to goals from Callum Lang, Will Keane and Curtis Tilt in a ten-minute period. 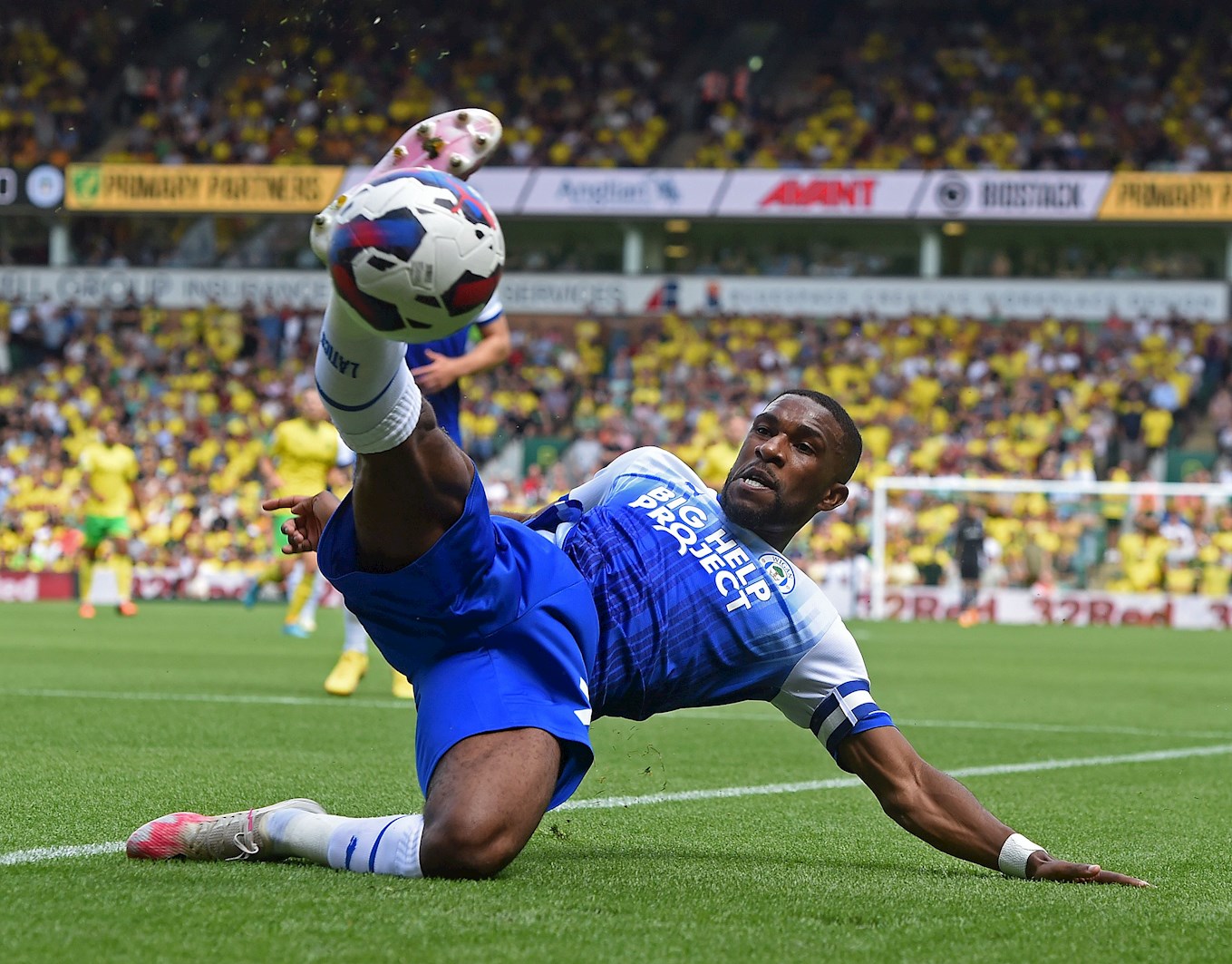 Last time the two sides met at Highbury was back in November 2022. Town went two goals up thanks to goals from Danny Andrew and Callum Morton.

Wigan responsed and scored three consecutive goals to complete the turnaround on the Fylde Coast. Callum Lang, Will Keane and Curtis Tilt scored the goals from the Latics. 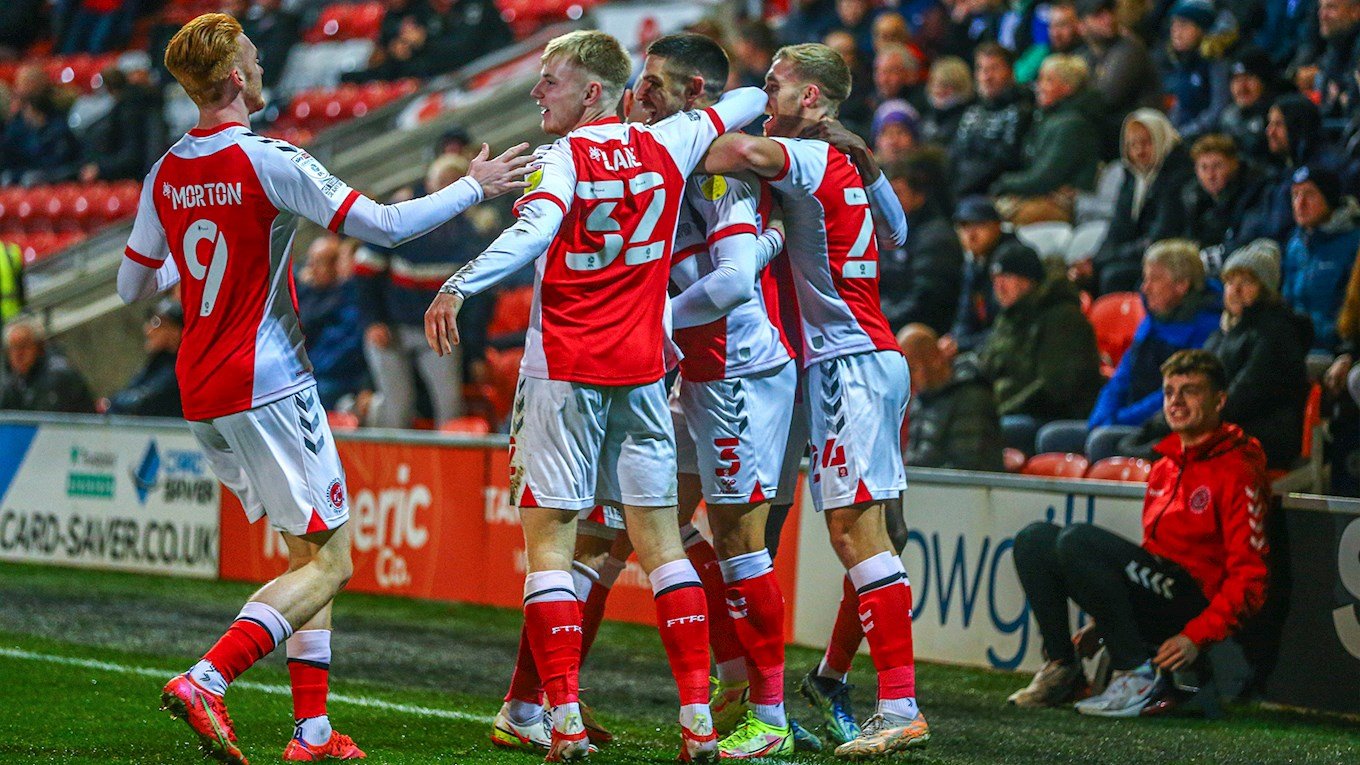 Jim’s Bar – which is situated underneath the Memorial Stand – will be open for both sets of fans from 5pm and you will be able to enjoy drinks offers throughout the evening, whilst talking to your friends and family about the match ahead.

You can get your tickets for the match against Wigan Athletic HERE! Adult tickets start from just £10, concession tickets from £5, and Under-18s gaining admission for only £1!

Get down early and enjoy the pre-match atmosphere in Jim's Bar - see you there! 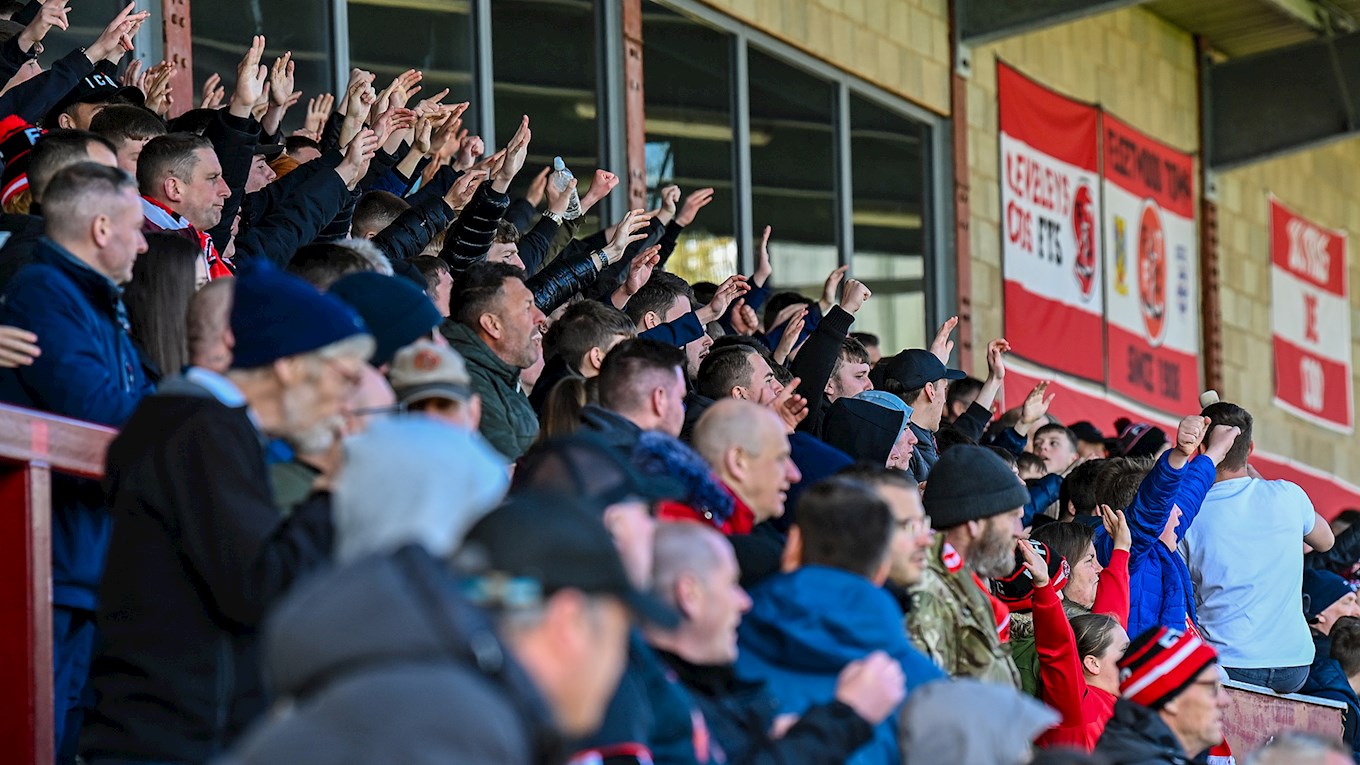 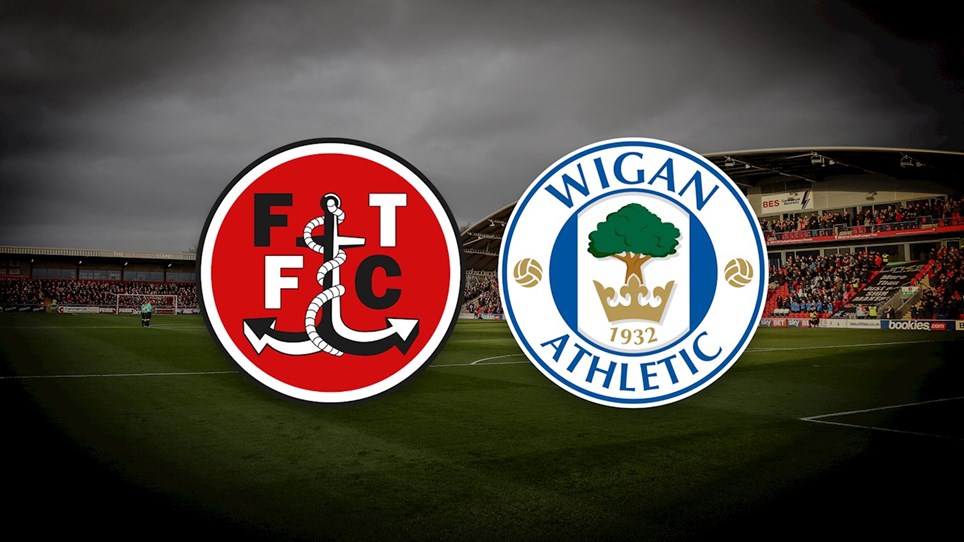 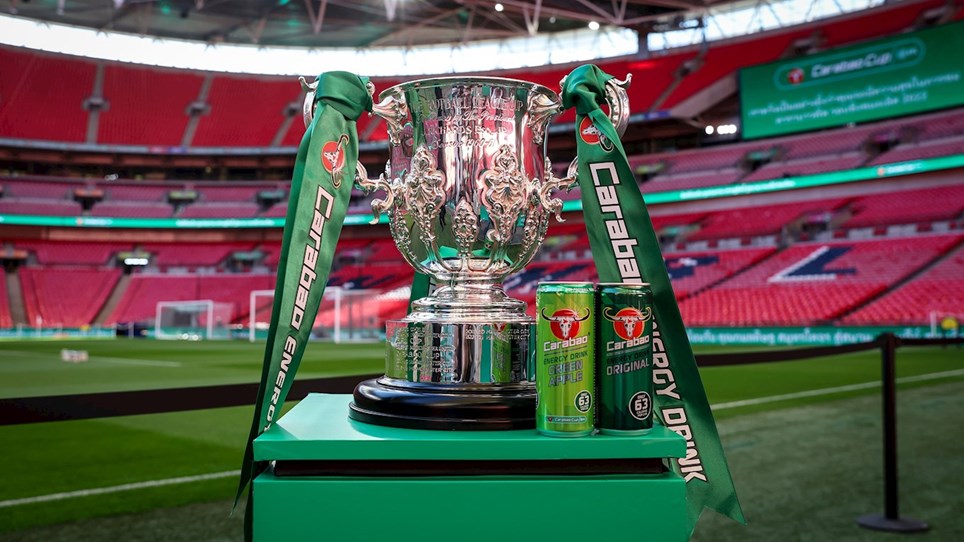 Fleetwood Town came out on top of their Carabao Cup Round One tie against Wigan Athletic, beating them 1-0 at Highbury on Tuesday evening.

In a game full of chances, it was Ged Garner’s first-half goal, which was a header from close range, that made the difference as it means the Cods will be in the pot for Wednesday night’s draw for the next round.

The first chance of the game fell to the visitors as a cross-field ball caught out the Town backline and found Stephen Humphrys waiting six yards from goal but failed to convert the chance.

The first chance of the game fell to the visitors, and it was a gilt-edged one, as the ball was played across the face of goal to forward Stephen Humphrys, who connected with it well but was brilliantly denied by Jay Lynch between the Town sticks.

Another chance came less than 60 seconds later, again for Humphrys, as a free-kick was played short to him, as he found some space down the right side of the box before unleashing a powerful shot, which a group of Town defenders blocked.

Fleetwood found their feet in the game soon after as Ged Garner latched onto a loose back pass from James Carragher. He then moved the ball onto his left foot, earning himself a yard of space, but his effort was blocked by Charlie Hughes.

It didn’t take long after that to break the deadlock as G.Garner found himself in the right place at the right time as he managed to nod home from five yards after the ball was headed on a couple of times from both sides within the Wigan area.

Five minutes before the halftime break Fleetwood's Harvey Macadam tried his luck on goal to extend the Cod Army's lead in the game, however, the Town midfielder scuffed his efforts wide of the left post.

Fleetwood were the side on top in the opening stages of the second half with multiple chances coming close to the back of the net for Scott Brown's men.

G.Garner was unlucky not to latch onto a loose ball in the Wigan box, with it then rebounding out to Danny Andrew, who curled an effort towards the far corner, which hit the post. It then rebounded out to Macadam, but he could only find the side netting with his effort.

Later in the second half, Hughes came close to finding the equaliser for Athletic, as the defender fired a bullet of a header inches wide. Moments later, another chance came to Humphrys whose powerful effort was easily saved with ease by Lynch.

Five minutes before the full-time whistle, Fleetwood came close to extending their lead as Andrew had another attempt at goal, this time the Fleetwood defender saw his long-range free-kick fire just over the crossbar.

Fleetwood Town welcome Championship side Wigan Athletic to Highbury Stadium on Tuesday night in the Carabao Cup First Round tie, and we want you there with us!

The opening round of the cup starts on Tuesday, and with the Cod Army picking up all three points against Port Vale on Saturday, it's the perfect opportunity for you to watch Scott Brown's men in action this summer.

Adult prices start from just £10, with Seniors starting from £5, another reason to back the lads this weekend!

Ticket prices for our cup clash are below - BUY YOUR TICKETS HERE!

*For example, one adult and one under-18 will cost just £10 to stand behind the goal in the Memorial Stand.

Book your seat in hospitality for Town Carabao Cup fixture and watch the Cods face the Latics in style from the Parkside Suite! Are you interested? If so, please email Sam Heaney, our Commercial Executive, at commercial@fleetwoodtownfc.com or call him on 01253 775080 (Option 2). 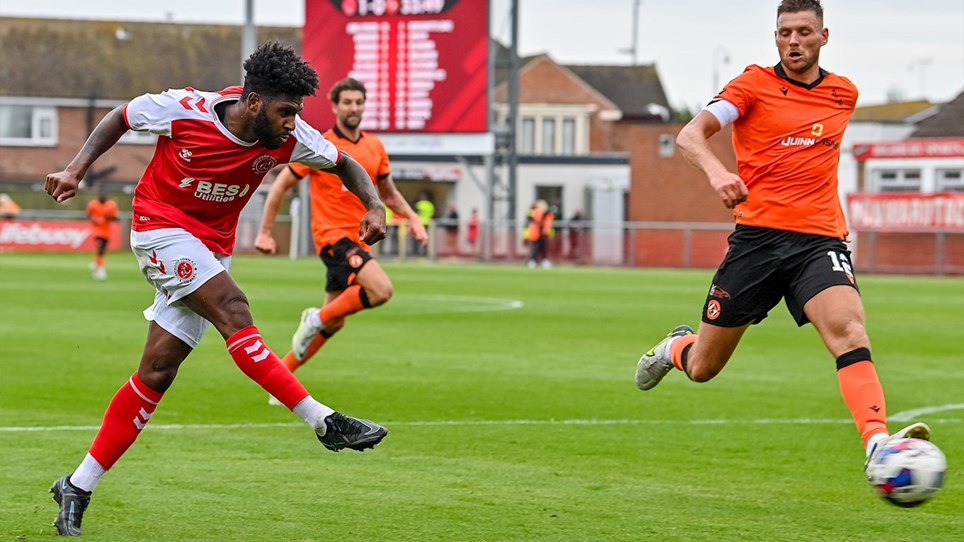 
Tickets for Fleetwood Town's Carabao Cup Round One tie against Wigan Athletic on Tuesday 9 August (7:45pm kick-off) are now on sale! 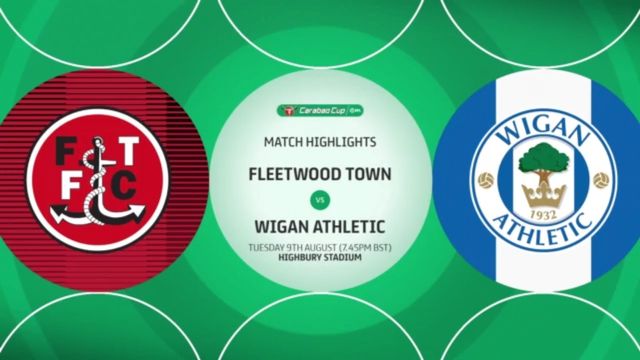 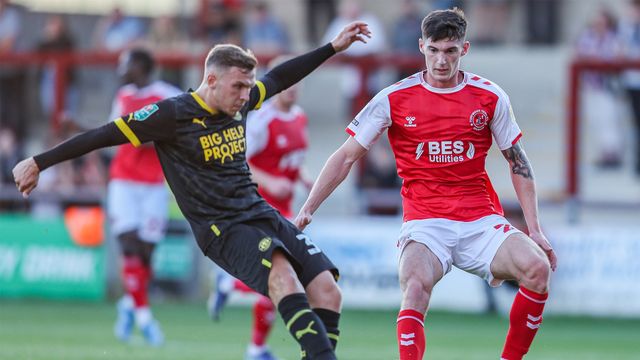