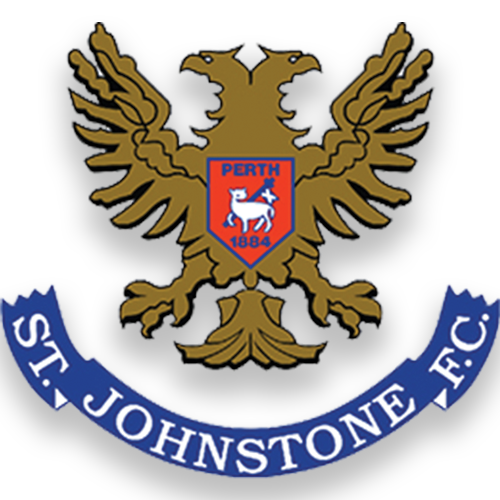 Fleetwood Town face St Johnstone on Saturday 24 July at McDiarmid Park in a pre-season friendly, and we have all you need to know ahead of the 1pm kick-off in our match preview. 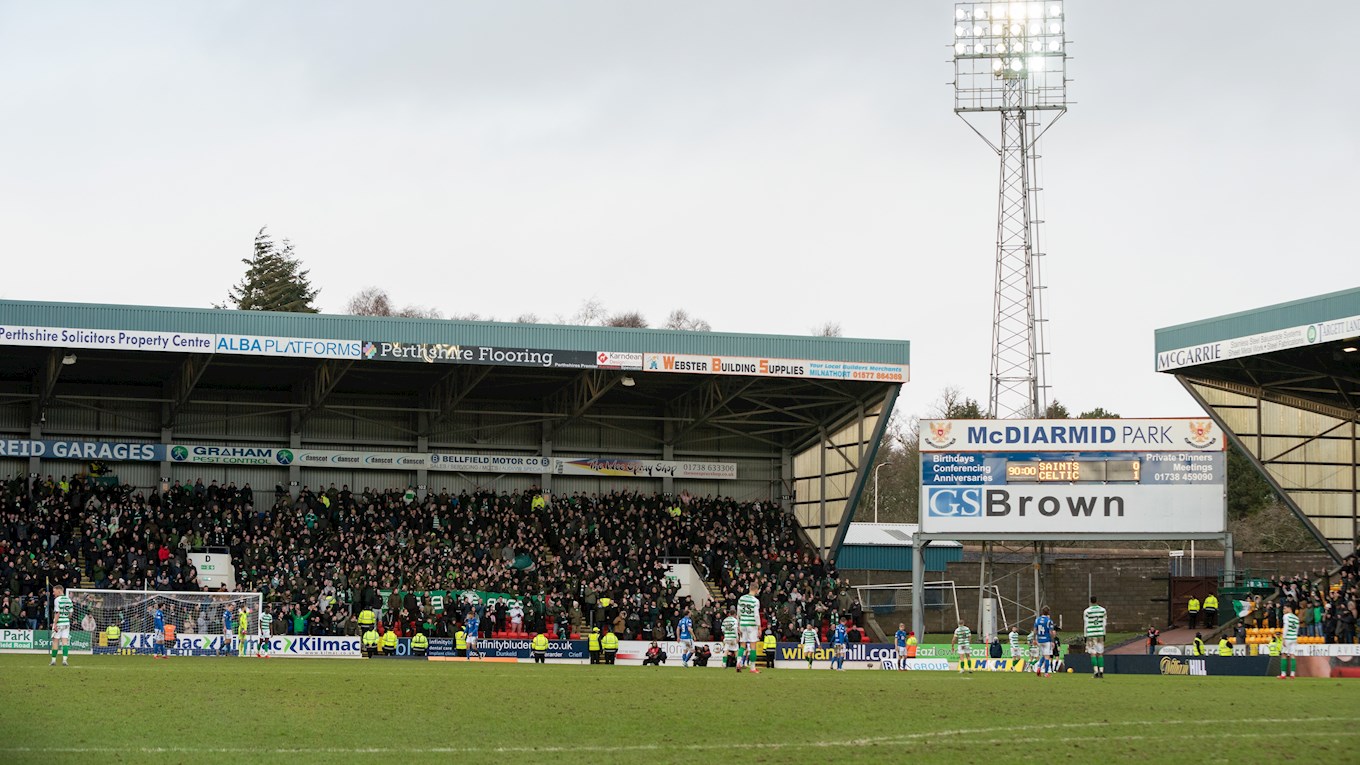 The Cod Army head to the home of The Saints after an intense pre-season training camp at Inverclyde’s SportScotland complex and will be looking to continue their preparations ahead of the fast-approaching Sky Bet League One season.

This will be the fourth game of Town’s pre-season schedule, as the side started off with a 2-0 win over Radcliffe, before hosting Port Vale at the club’s training complex – beating them 1-0 on the day thanks to a Jordan Rossiter header.

A trip to Rochdale then followed which proved to be Fleetwood's toughest task of the schedule to that point as it finished off as a 3-3 draw at the Crown Oil Arena. The Cod Army went behind in the first half when Stephen Dooley fired home for the hosts. It didn’t take long for Town to react after the break when Danny Andrew’s dazzling freekick found the back of the net.

Dale regained a two-goal advantage however a late double from Ryan Edmondson, including a neat volley for the equalizer, ensured the game finished level. 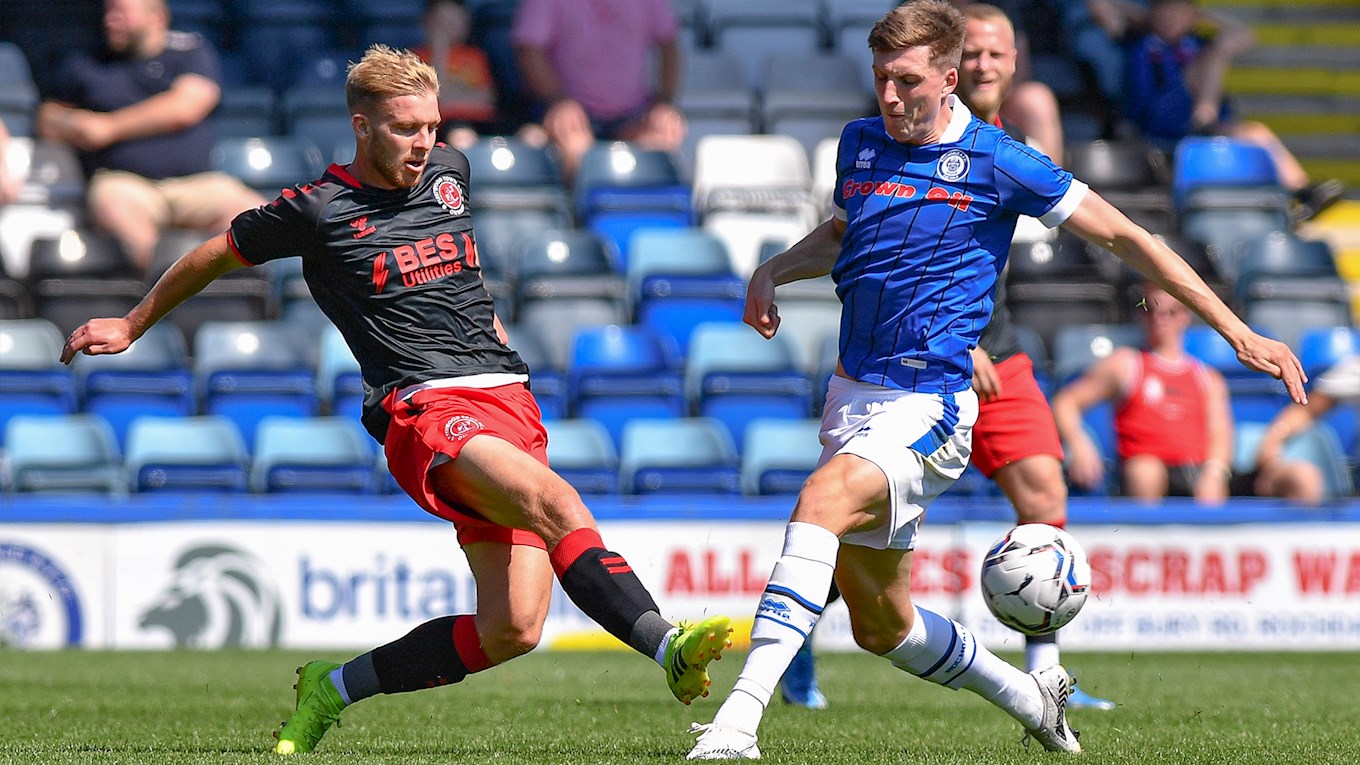 Town’s opposition enjoyed a brilliant season last campaign as they were able to become double cup winners, taking the silverware back to McDiarmid Park.

They have been busy over the summer as they have had a packed schedule of fixtures, with the latest one being a 4-1 in over Arbroath at Gayfield on Wednesday evening. David Wotherspoon opened the scoring on the day, eventually making it two for him later in the game, with both Jamie McCart and Chris Kane also getting on the score sheet.

A familiar side also made their way to Perth this month as Preston North End played a friendly against Callum Davidson’s side, which ended in a 1-1 draw. Wotherspoon was on the score sheet once again in this one, converting from the spot, canceling out Ben Whiteman’s first-half opener. 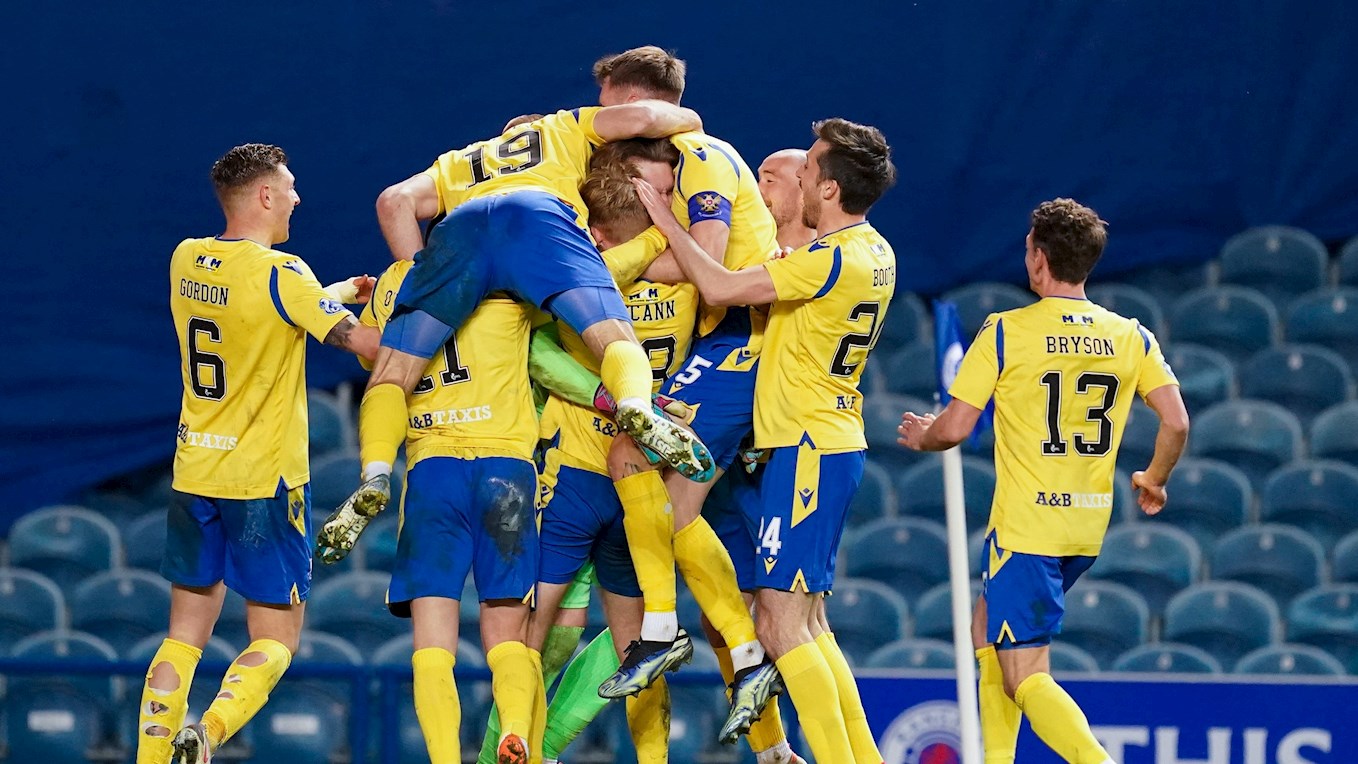 Head Coach Simon Grayson sat down to speak to the press whilst away with the squad on a pre-season training camp in Inverclyde on Thursday afternoon. Here is what the gaffer had to say in his interview:

“I’m really pleased with how it’s all gone so far. Obviously, we’ve had some new players come in and this is a great opportunity to bed themselves in and get to know each other a bit better so all I have to say is so far, so good.” 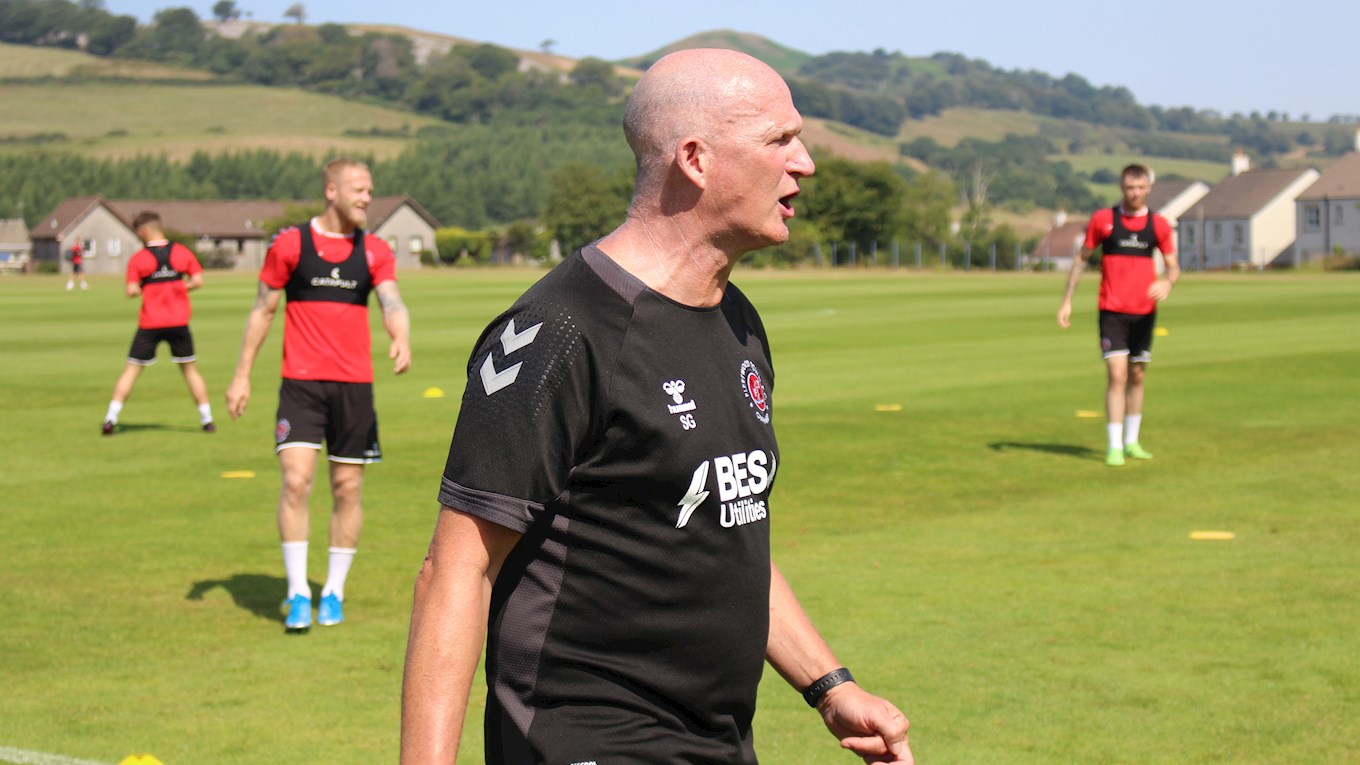 ONE TO WATCH: DAVID WOTHERSPOON

The one to watch from The Saints is forward, David Wotherspoon. The 31-year-old is a seasoned veteran at McDiarmid Park as he has spent the last eight years with the club, after signing from Hibernian back in 2013.

The midfielder, who has featured for the Canadian national times seven times, has had a pre-season to remember this year as he has managed to log three goals and one assist in the last two games.

Wotherspoon started his career in the Celtic youth setup before moving to Hibernian in 2008. During the 2008/09 season, he was part of their youth side who won both the Scottish Youth Cup and the Scottish League, managing to score eight goals in that campaign.

His senior debut came at the start of the 2009/10 season when he played his part in a 2-1 win over St Mirren, scoring the first goal on the day. He then became an established member of the main team and went on to spend the next four seasons with the side.

A move to his hometown club, St Johnstone, was next for the midfielder and in his first season with the side, he helped them win the 2013/14 Scottish Cup. After signing a new deal with the side, he would go on to make 263 appearances to date and contribute 23 goals in that time. 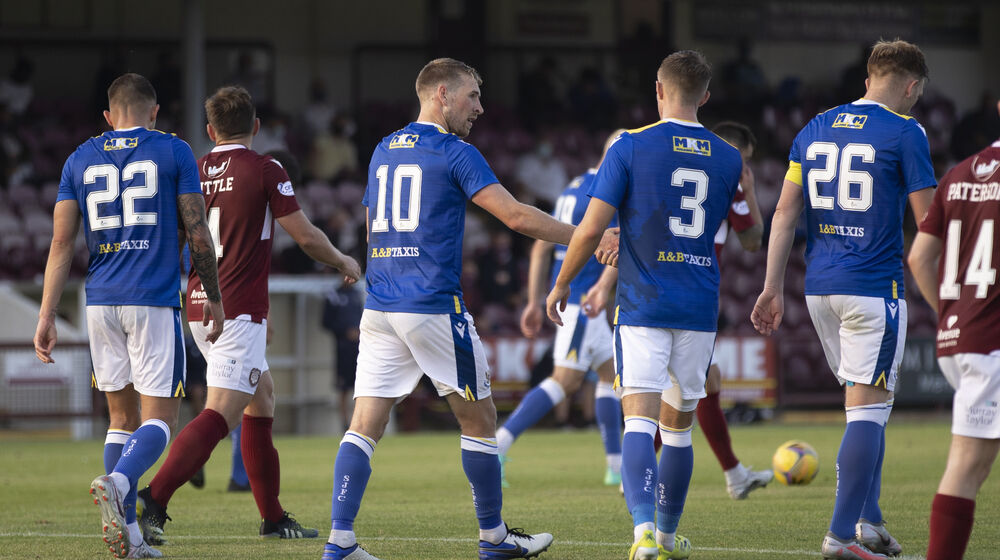 There will be no live stream of this pre-season fixture, but you can still keep up to date on what is going on by following our official Twitter and Instagram accounts, which will be posting updates throughout the game. A report and post-match reactions will be posted on our website for all to view, with a gallery to follow the day after.

The first effort of the game fell to the Cods, shortly after Chris Kane looked to have broken the offside trap for the hosts but was stopped well by James Hill.

Town started to push forwards soon after as Max Clark stood over a deep free-kick on the left-hand side, aimed it in towards James Hill who was beaten in the air as the ball was headed clear.

Jordan Rossiter was then on hand to intercept the clearance, and he eventually lines up a strike, which had to be blocked by the home side’s defence.

Another chance came three minutes later as brilliant work from Jay Matete, Rossiter, and Harrison Biggins sees the ball worked out wide to Clark, who finds Garner with a cross this time, but the shot went just wide of the far post.

After 23 minutes, St Johnstone came close to opening the scoring as Wotherspoon lined up a free-kick 20-yards out and even though his tricked a few fans into believing it was in, it actually hit the side-netting, going out for a goal-kick.

Wotherspoon was on the attack yet again three minutes later as he managed to dispossess Matete in the midfield, before trying his luck from 20-yards, but his effort went high and wide of Cairns’ goal.

A string of chances from Town came just before the half-hour mark and it all started with Biggins driving forwards from the middle. He let loose a strike from 25-yards and it was deflected behind for a corner. Clark would play a dangerous ball in from the set-piece, but Jason Kerr was there to head clear.

The last effort before the break was by the home side as Liam Craig found a yard of space on the edge of the Town area and decided to take on the chance, which was blocked by the travelling defence.

The game took a while to get going in the second half, but the home side did come out the brighter. Ten minutes into the half, the ball was played into a packed Town box, with substitute Murray Davidson’s being easily saved by Cairns.

The game slowed back down soon after as both sides were able to start attacks, but neither was able to make any meaningful chances. Substitute Michael O’Halleron played off the last man and tried to play a cross into the Town box, which was blocked by Tom Clarke.

Down the other end, Biggins aimed to find Max McMillan over the top with a through-ball, but the pass was unfortunately just over hit and was collected by the rushing Zander Clark.

Fleetwood had an effort late on in the game after a cluster of substitutes as Paddy Lane worked his way down the left, played a low-cross into the box towards McMillan, but the young forward couldn’t quite get a foot on it as the ball trickled through the area.