Fleetwood Town face MK Dons on Tuesday 8 February at Highbury in Sky Bet League One, and we have all you need to know ahead of the 7:45pm kick-off in our match preview.

Stephen Crainey’s men go into the MK game after three consecutive draws, with the latest being a 1-1 draw against Shrewsbury Town on Saturday afternoon at the Montgomery Waters Meadow.

The Cods took the lead in that game after Anthony Pilkington rose highest to get on the end of Callum Johnson’s cross, but a penalty right after the second half started saw the home side pull it back to level terms, with Luke Leahy converting the spot-kick.

Before that, it was midfielder Wes Hoolahan who opened the scoring in the Cambridge United clash at home as he netter directly from a corner, with Paddy Lane’s curling effort from distance levelling things up for Fleetwood late on meaning the two sides share the spoils. 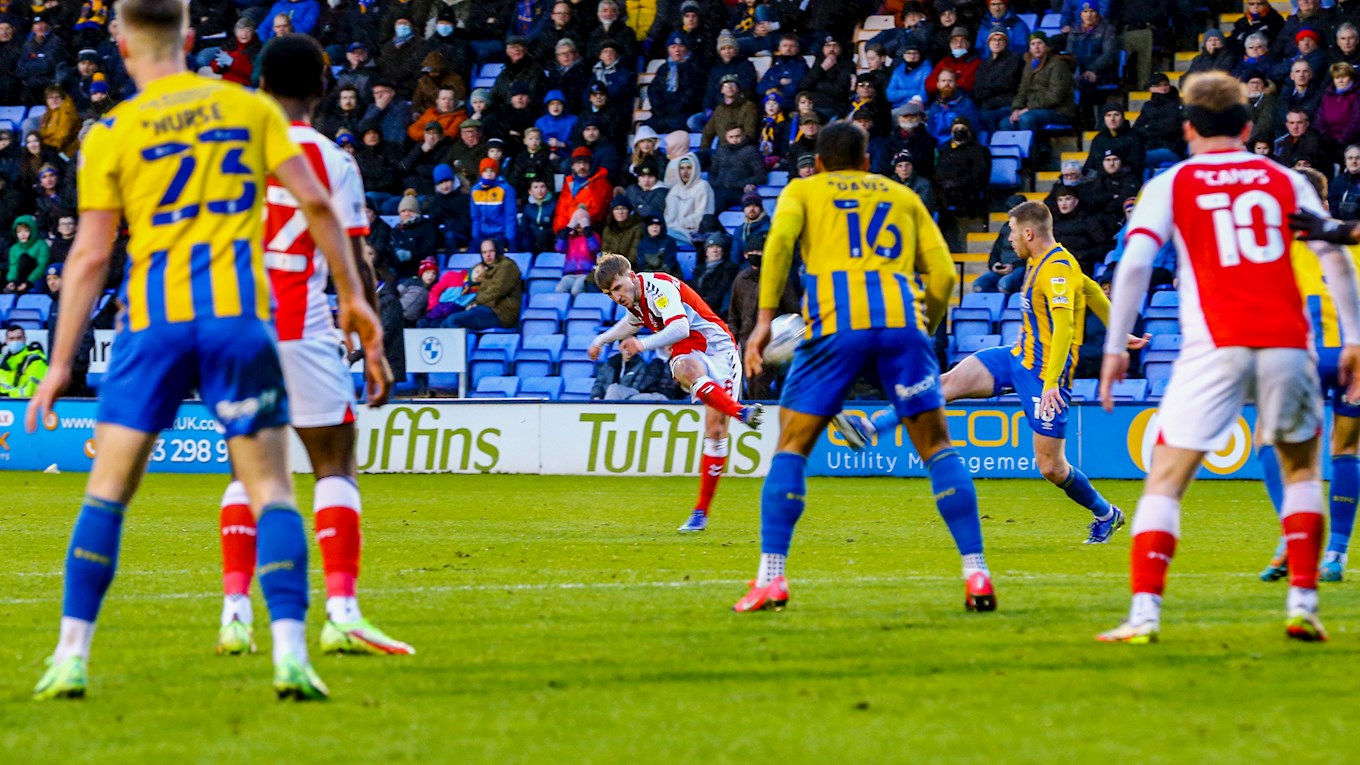 Milton Keynes Dons are flying high in League One at the moment as they find themselves one place outside the automatic promotions spots, with their last result being a 2-1 win over Lincoln City.

When they hosted the Imps, John Marquis put them behind eight minutes into the game, but Harry Darling levelled the score line up in the 29th minute to take the sides in the break drawing. They found a winner soon after the restart as Warren O’Hora added a second, which was enough on the afternoon.

It was two 1-0 wins before that over Burton Albion and Wycombe Wanderers respectively, as Scott Twine netted seconds from the end in the Brewers clash and the same forward scored 13 minutes in against the Chairboys. 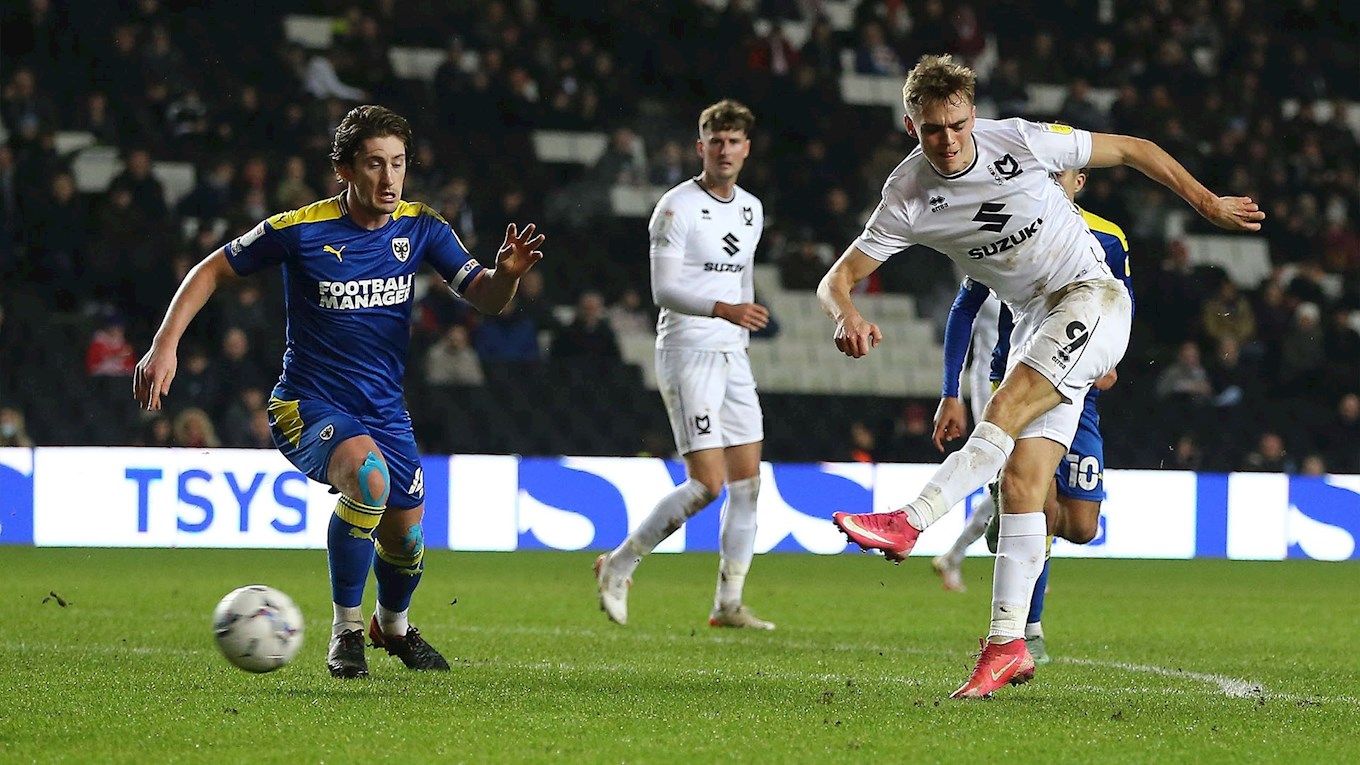 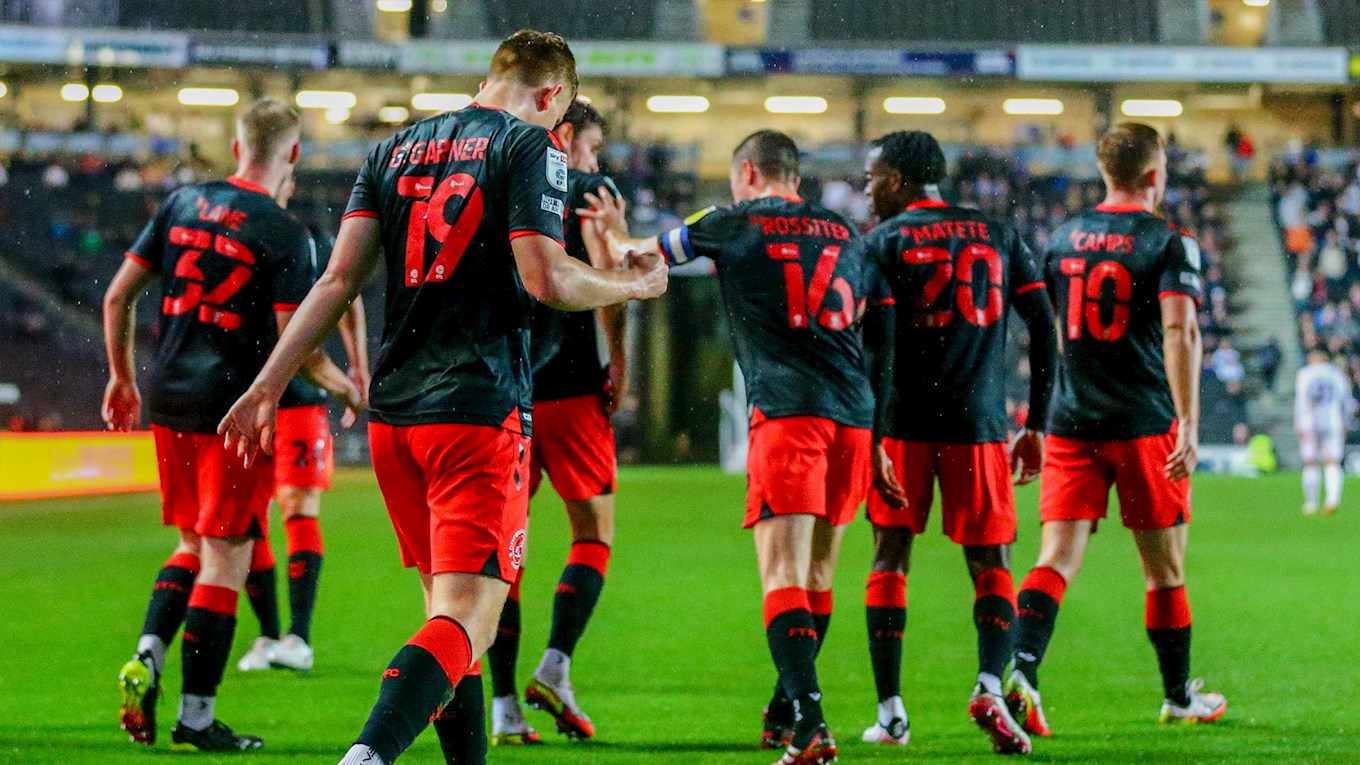 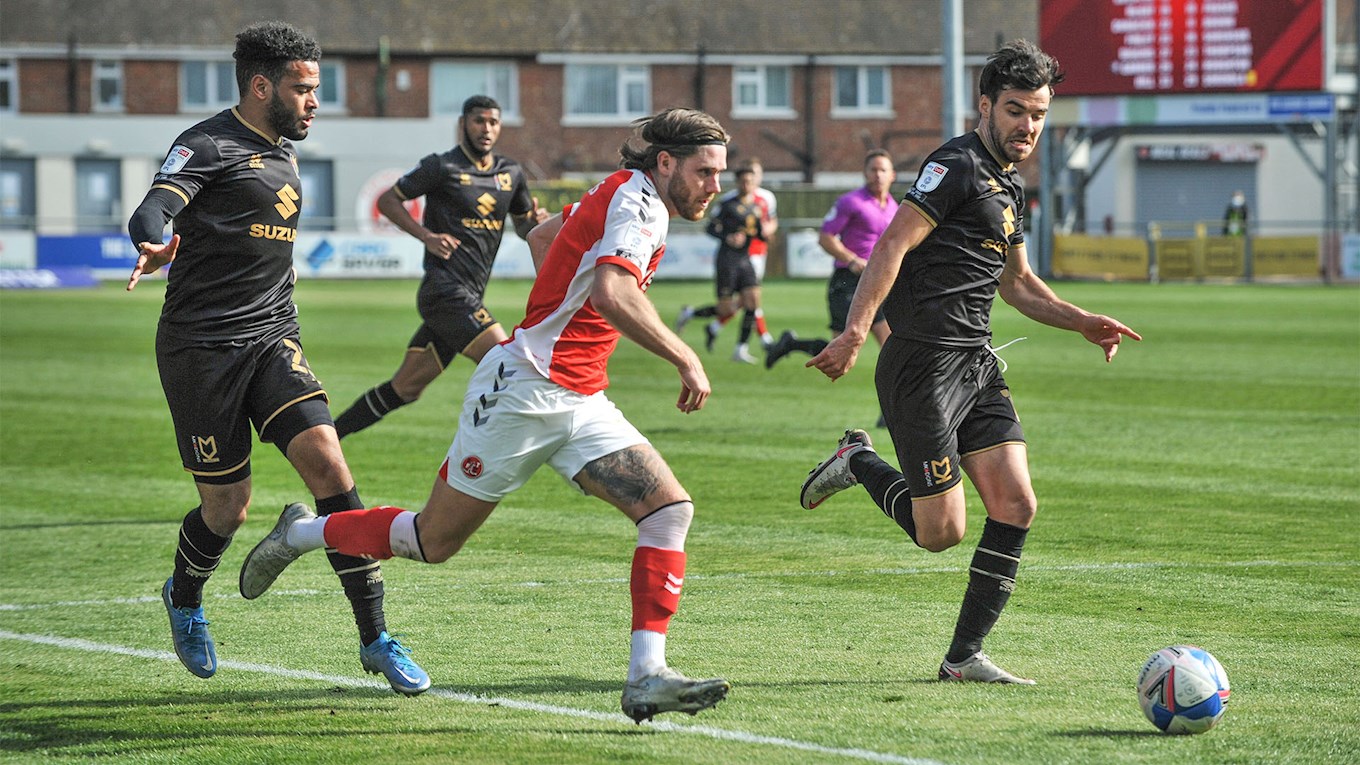 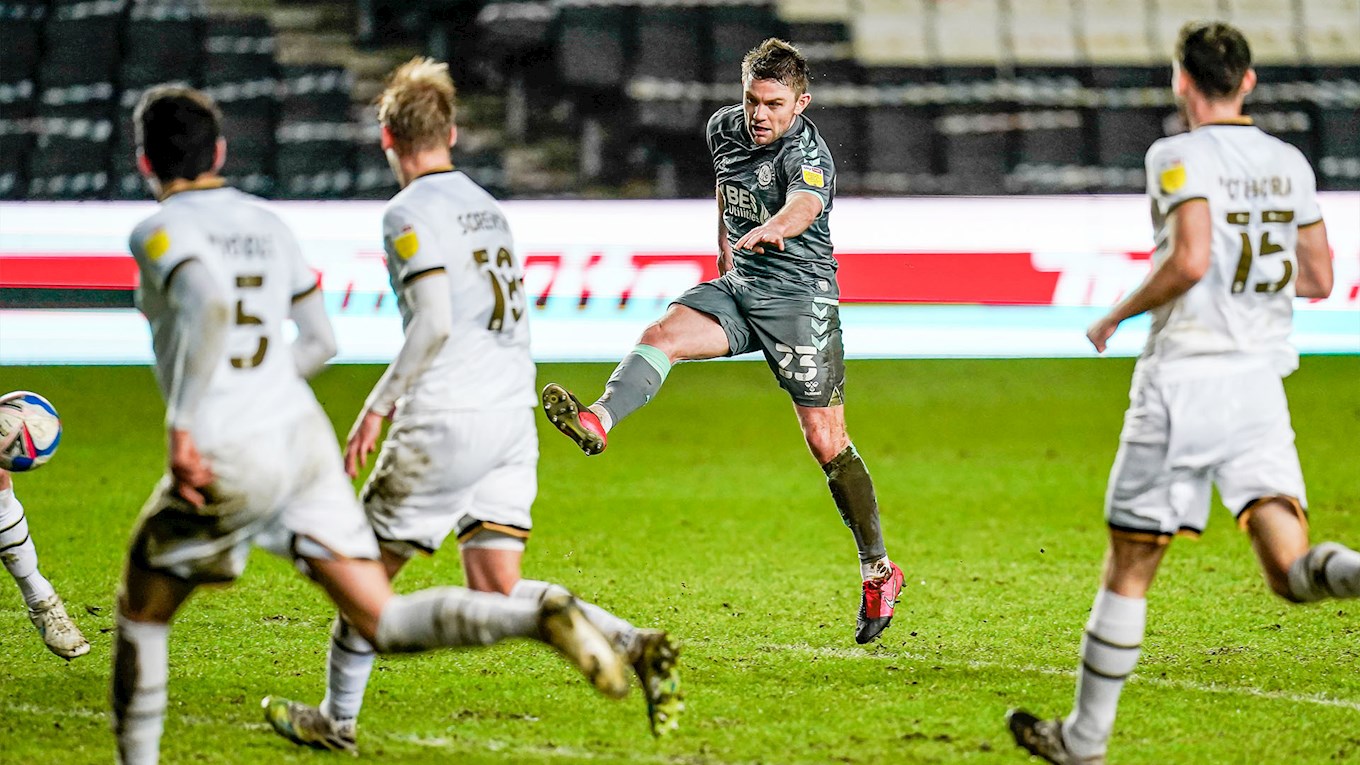 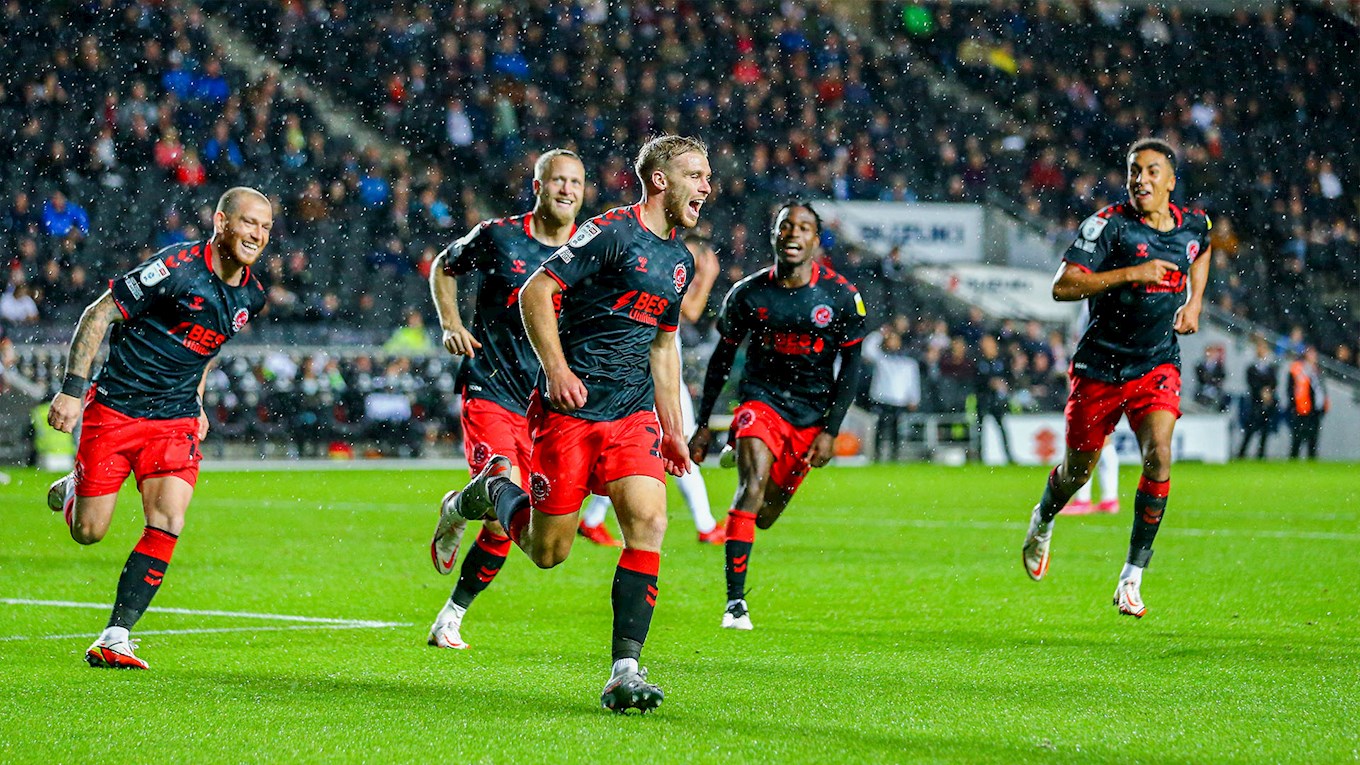 Head Coach Stephen Crainey spoke to the press after Saturday’s draw with Shrewsbury Town at the Montgomery Waters Meadow. Here is what he had to say in his interview:

“We’re looking forward to the game on Tuesday, MK Dons are a good side and so are we at the same time. We’ve picked up draws in the last three games so hopefully we can start turning these draws into wins next time out.

“They like to get the ball down on the floor, as we do, so I’m sure it’s going to be a good spectacle and hopefully we can come out on top. There are selection headaches; we will assess MK Dons to see what their strengths and weaknesses are and pick a team off the back of that.

“With the game schedule in League One, you have to have competition for places to freshen up the group and we’ll look to do that on Tuesday. Three games in a week is tough going and we’ve got a squad capable to deal with that now.” 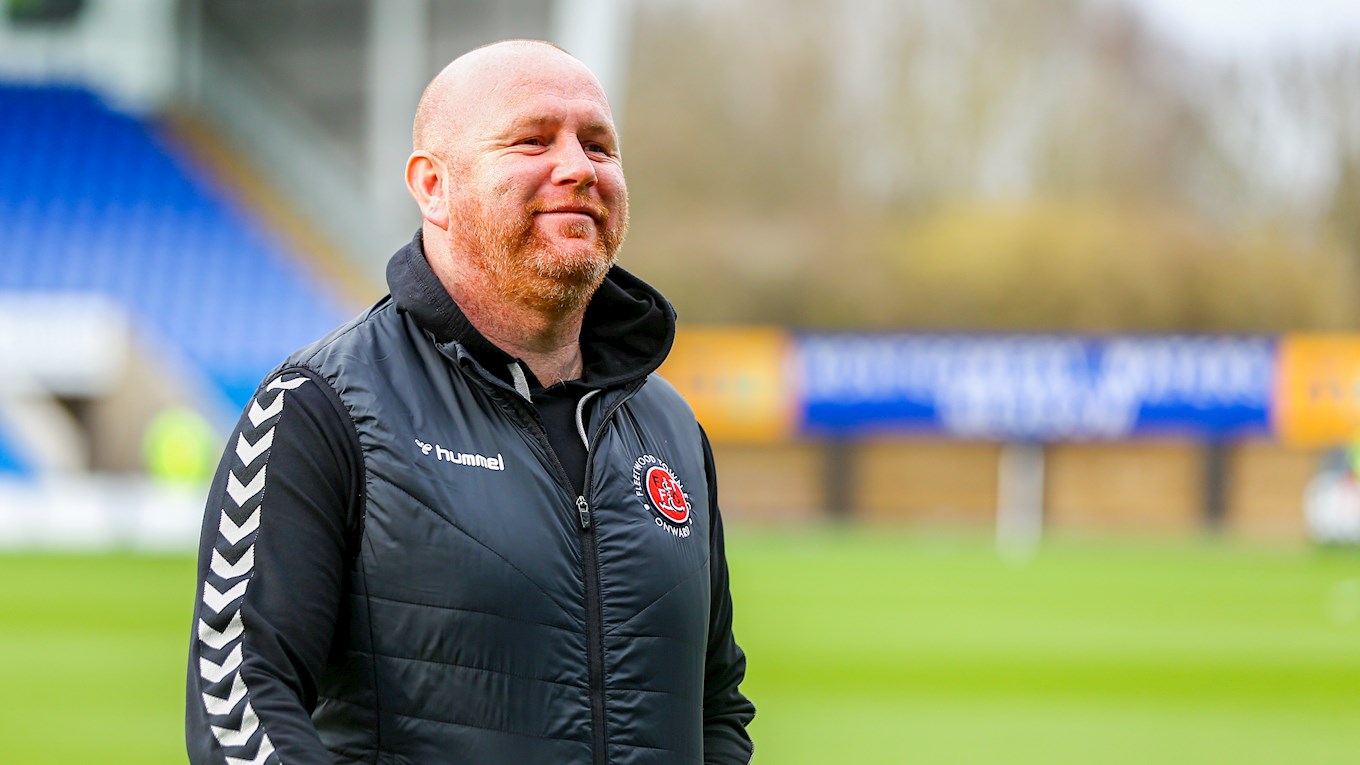 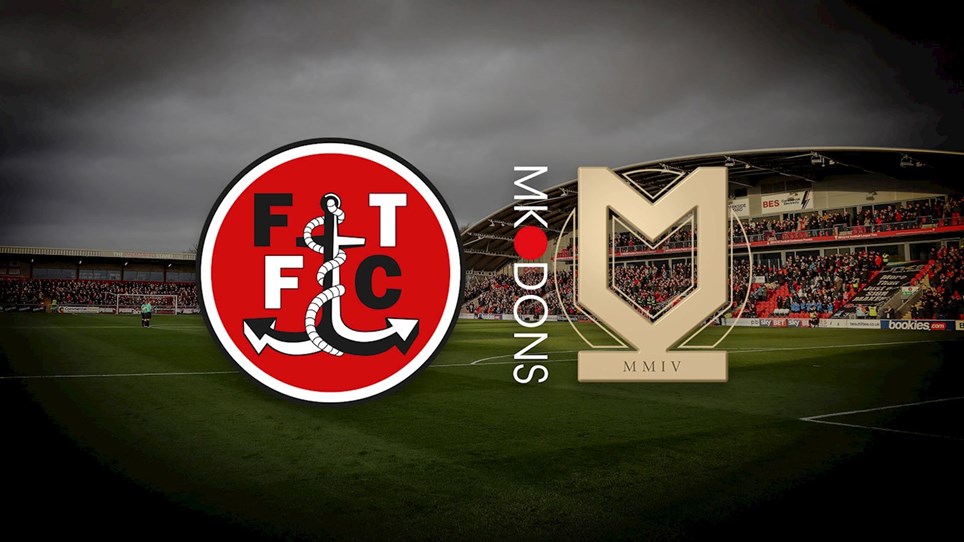 Fleetwood Town played out a 1-1 draw against MK Dons in difficult conditions at Highbury Stadium on Tuesday night in Sky Bet League One.

Town went one goal down as Harry Darling found the back of the net via a header but Paddy Lane’s strike into the bottom corner levelled things up in a competitive contest which finished a point apiece for the sides.

It was seven minutes into the game where Fleetwood threatened as Danny Andrew, Dan Butterworth, and Ellis Harrison combined down the left with some cute one-touch football where Andrew’s final strike went well over the bar.

With 11 minutes gone, Darling opened the scoring up for the visitors with a free header into the top corner from a Dons’ free-kick.

On the 20-minute mark, Fleetwood started to put the pressure on The Dons’ defence with Dan Batty’s turns and cut-backs proving testing for Dean Lewington and Conor Coventry however, that attack fizzled out.

With half an hour gone Alex Cairns was called into immediate action as he had to be quick off his line to match a Mo Eisa chip where Town’s number one came out on top as his out-stretched leg denied any further effort from MK Dons.

Not much action in the final 15 minutes as Fleetwood went into the break one goal down.

It was an ideal response by Fleetwood where five minutes into the second half, Harrison Biggins’ tackle on Coventry dispossessed the Dons and ignited a counter for Town.

Biggins played it forward to Harrison who drove deep into the visitors half and laid it off to Lane who struck the ball with his right into the bottom corner to level things up.

After the goal Town started to move up the gears with Harrison setting the tempo pressing the visitors giving their back-line no time on the ball.

Five minutes after the hour mark, Troy Parrott found himself on the end of a long ball however Cairns’ save matched his effort and Toto Nsiala was there to clear the added danger.

Despite the five additional minutes, Fleetwood pushed and pushed but they couldn’t get the vital extra goal as both sides share the spoils.

Grab your tickets for Fleetwood Town's Sky Bet League One clash against MK Dons at Highbury, which is taking place on Tuesday evening!

Town head into the game against MK on the back of a three-match unbeaten streak, with the latest result being a 1-1 draw against Shrewsbury Town at the Montgomery Waters Meadow on Saturday afternoon, and Stephen Crainey's men will be looking to extend run that at Highbury on Tuesday.

Book your seat in hospitality for this Tuesday's Sky Bet League One clash against MK Dons at Highbury.

Hospitality prices for this Saturday’s game are just £50 for adults and £15 for Under-16s with Under-5s going FREE!

Why not treat yourself to a range of entertainment including live League One football from the Parkside Suite, televised fixtures, and excellent food. 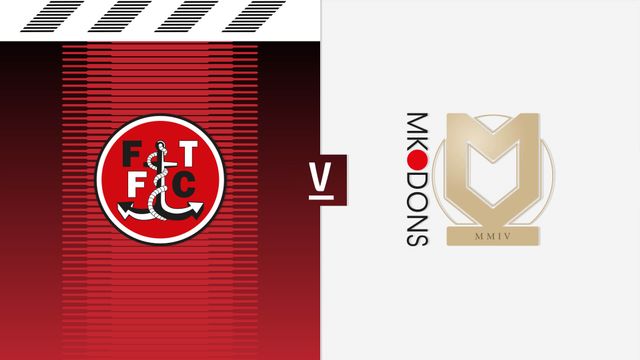 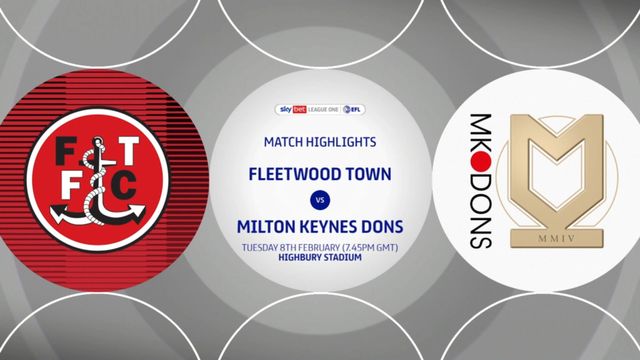 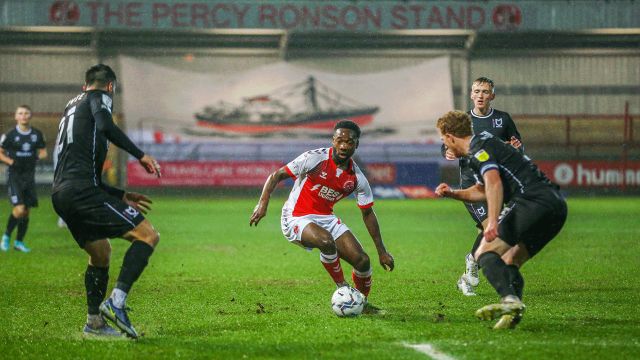