Fleetwood Town face Burton Albion on Saturday 12 September at Highbury Stadium in the opening weekend of the Sky Bet League One season, and we have all you need to know ahead of the 3pm kick-off in our match preview. 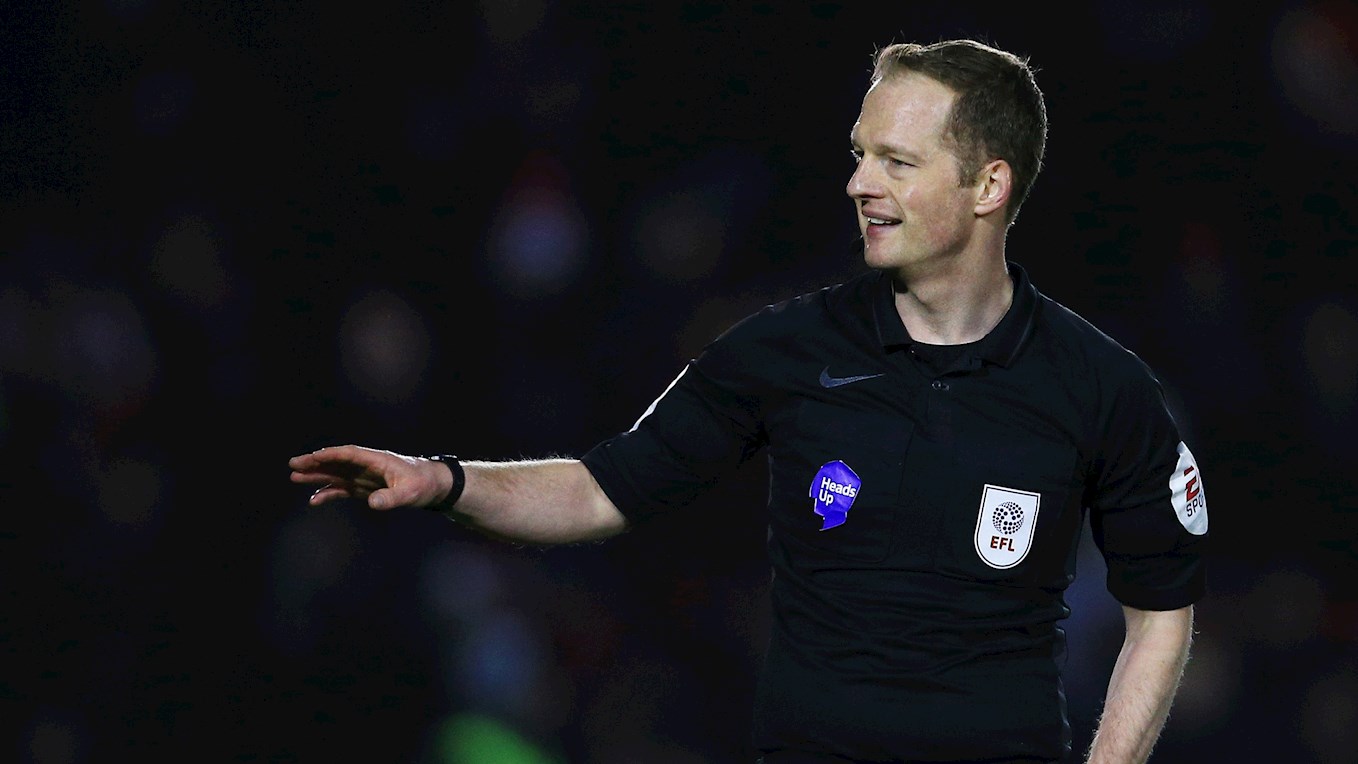 Fleetwood Town head into the opening weekend of the season on the back of two cups wins, in the EFL Trophy and Carabao Cup respectively.

The Cod Army started out September with an away trip to Carlisle United in the EFL Trophy, and they came away from Brunton Park 3-1 victors – thanks to goals from Callum Camps and a brace from Harvey Saunders.

Town’s latest fixture was against Wigan Athletic in the Carabao Cup, which they won 3-2 on the day. After going two goals down, a Ched Evans brace and another from Josh Morris saw Fleetwood earn their spot in the second round of the competition. 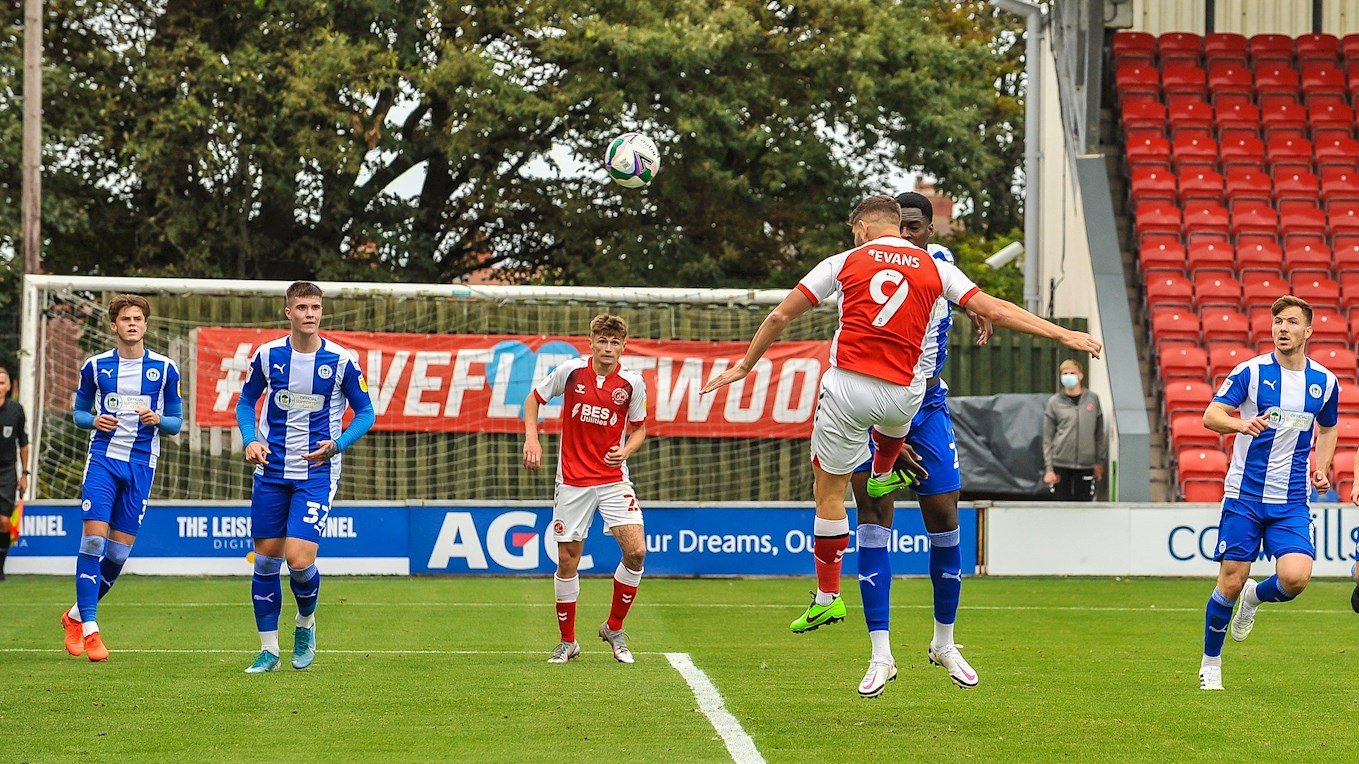 Burton have had a mixed start to the season, having won one of their opening two fixtures of the 2020/21 campaign.

They started off with a 1-1 draw against Accrington Stanley at the Pirelli Stadium after 90 minutes. The Carabao Cup tie then went to penalties, which they won 4-2 with Neal Eardley scoring the final spot-kick.

Soon after, they faced off against Peterborough United in the EFL Trophy, which finished 3-3 after 90 minutes – with Steven Lawless scoring the first and Joe Powell netting a brace afterwards. In the penalty shootout that followed four of their players converted but, Ciaran Gilligan’s penalty was stopped by Daniel Gyollai. 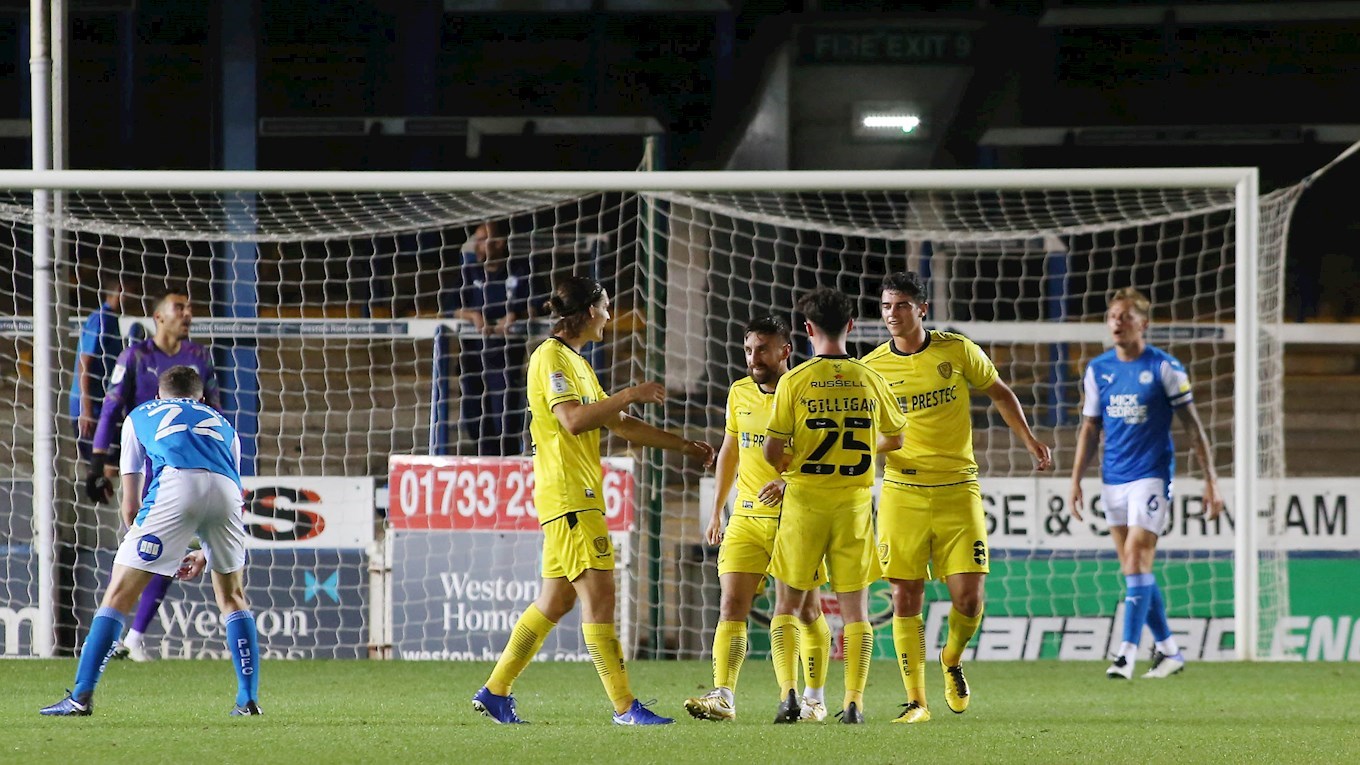 Head coach Joey Barton sat down and answered all questions from the press on Thursday afternoon ahead of Fleetwood Town’s League One clash against Burton Albion.

On the opening league clash, he had this to say: “[Jake] Buxton has gone in there and he’ll be looking to enforce his principles. I know what a good side they are - I saw that they drew 3-3 against Peterborough in the EFL Trophy. We know what they’re like, Powell, Quinn, Bostwick, real senior campaigners in the midfield.

“Lucas Akins is there as well, who I think is a fantastic player as he has always caused problems when we’ve played against him. They’ve got some experience in the backline in Brayford and they’ve obviously brought in Eardley from Lincoln City, so we know it’ll be a real tough encounter.

“We want to give a good account of ourselves and it’s important for us that we get the home runs going again. Our two previous campaigns have been built off the fact that we’ve been really solid at Highbury and this season, if we want to be successful, we need to pick up where we left off in the last campaign.” 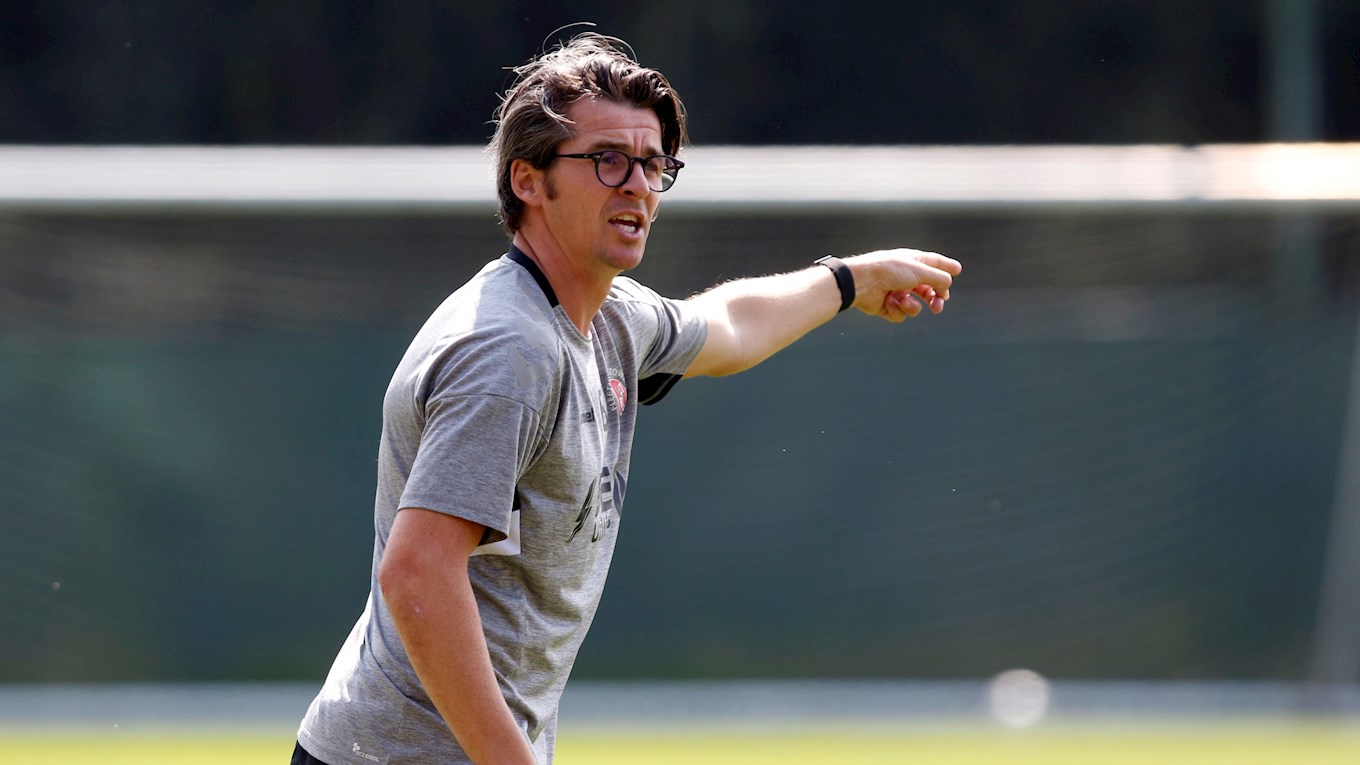 ONE TO WATCH – JOE POWELL

One for Fleetwood fans to keep an eye out for is midfielder, Joe Powell. Attacking midfielder Joe left West Ham United in January 2020 to join Burton Albion on a two-and-a-half-year deal.

Powell, who has previously described himself as a box-to-box midfielder, started his career by making several eye-catching performances for West Ham’s U23s in Premier League 2.

The midfielder had also featured for West Ham’s Leasing.com Trophy side on several occasions over four seasons and had a successful loan spell at Northampton early in 2019, losing just one of 10 games and scoring one particularly stunning goal for the Cobblers.

The 21-year-old made a difference in Burton’s last fixture against Peterborough, when he managed to score a brace in normal time in their EFL Trophy fixture at the Weston Homes Stadium, before netting a penalty in the shootout which followed. 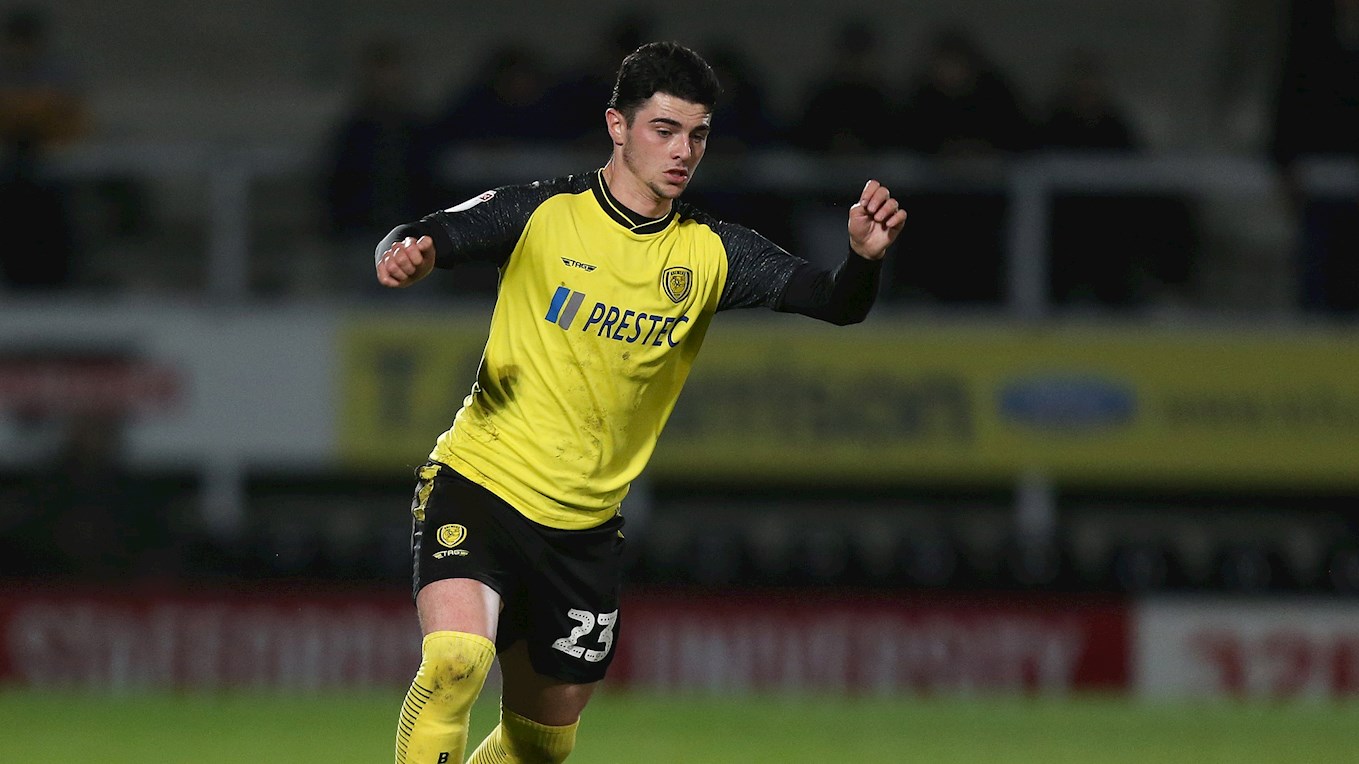 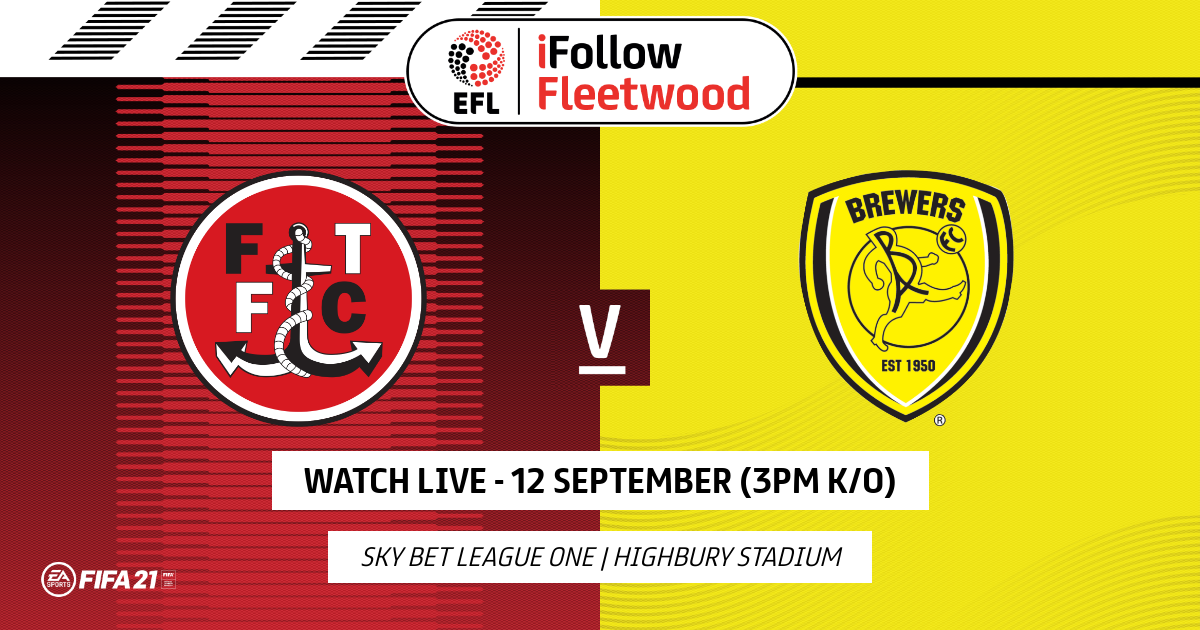 Fleetwood Town started out their Sky Bet League One campaign with a 2-1 win over Burton Albion at Highbury on Saturday.

Goals either side of half time from Callum Camps and Paddy Madden made it a winning start to the season for Joey Barton's Cod Army.

A header from Burton's John Brayford had brought the score level with twenty-five minute to go but Madden's close-range strike ensured the three points remained at Highbury.

Barton named a full-strength side for the season's opening fixture, with Madden and Ched Evans leading the line whilst new signing Sam Stubbs made his debut partnering James Hill at the back.

The first chance fell to Fleetwood as Camps' cross was met at the back post by Evans, but his header was saved well by Ben Garratt.

Garratt couldn't do anything about the next chance. A corner from Josh Morris was whipped into the six-yard box, the ball rolled back kindly for Camps to fire low and hard past the Burton keeper to give the Cod Army the lead after 17 minutes.

There were penalty appeals from Barton and the backroom staff as Evans appeared to be brought down by John Joe O'Toole, but the referee decided against pointing to the spot.

Burton almost levelled two minutes later. A low ball ran across the box and fell to Stephen Quinn, but his effort came back off the bar.

Fleetwood came close to a second when a free kick from Morris was put into the box and James Hill's header came back off the post and was eventually cleared.

The first half chance of the second half came for Fleetwood. A long throw from Hill was controlled by Evans who gets the shot away, but it was deflected wide for a corner.

The resulting corner from Morris was met by Hill whose header came back off the bar, another header was then cleared off the line.

A great team move from Fleetwood should have brought the second goal. Whelan dragged his shot wide from 10 yards after some great work from Burns and Morris down the right.

Burton levelled soon after as Brayford headed home unmarked at the back post. The linesman's flag went up and after a lengthy discussion between the lineman and the referee the goal was eventually given.

Just over ten minutes from time Fleetwood took the lead again. Substitute Mark Duffy chopped onto his left foot and his shot was deflected away from goal but straight into the path of Madden who poked home from close range.

Madden almost got his second a few minutes later. Evans broke down the right and played it to Duffy whose ball across the box found Madden, but he could only steer it narrowly wide of the bottom right corner.

Burton almost levelled straight after when Lucas Akins' deflected effort clipped the top of the bar. The resulting corner was eventually cleared by Hill. 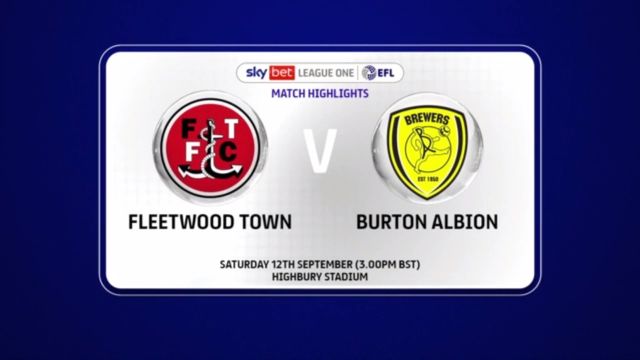 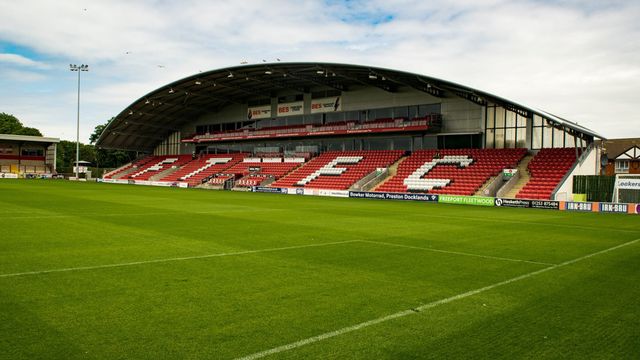