Fleetwood Town face Accrington Stanley on Tuesday 20 October at the Wham Stadium in Sky Bet League One, and we have all you need to know ahead of the 7pm kick-off in our match preview. 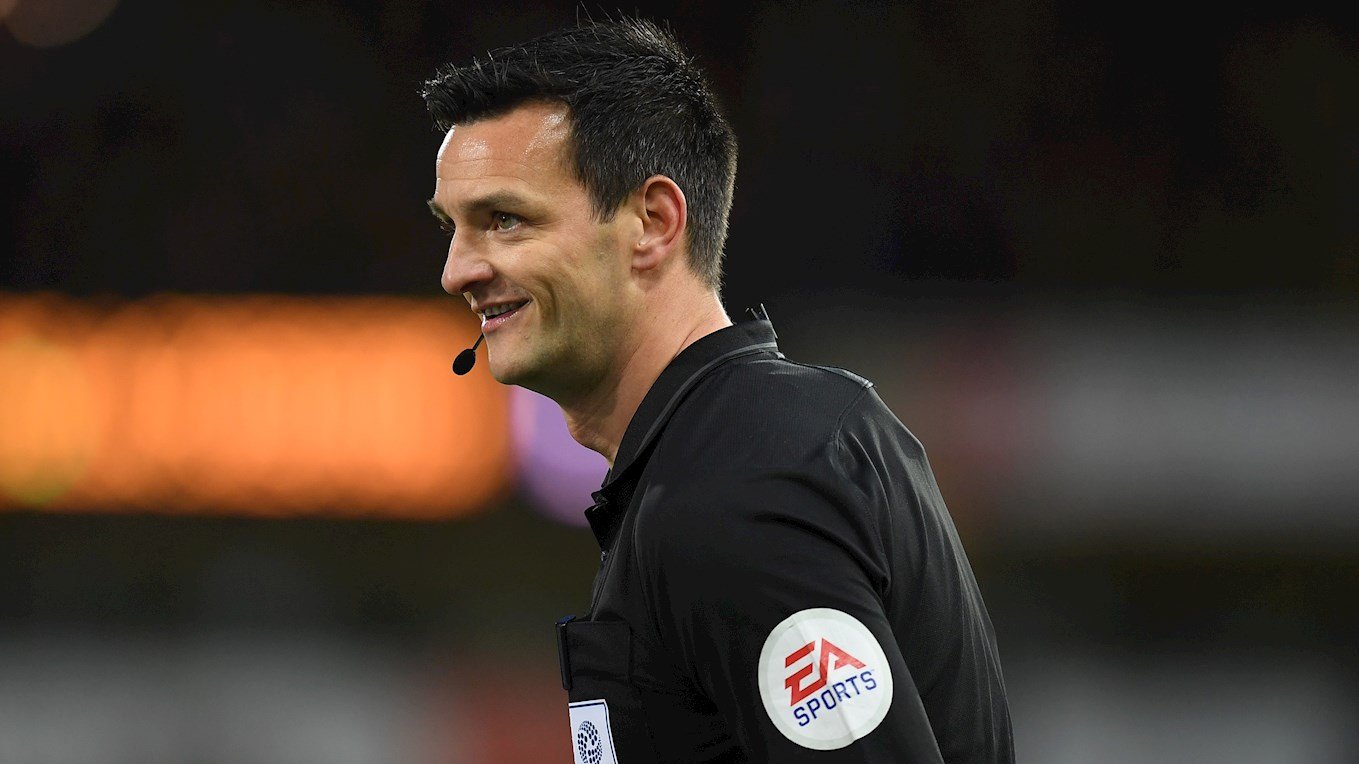 The Cod Army head into this Sky Bet League One clash against Accrington after maintaining their recent unbeaten run with a goalless draw against Lincoln City at Highbury in their last game.

Both sides battled throughout the game and neither side was able to break the deadlock in the tight encounter. Barrie McKay came close in the dying stages but couldn’t quite guide his effort past the Lincoln goalkeeper.

Before that fixture, Fleetwood managed to beat Hull City 4-1 – again at Highbury – in front of the Sky camera on a cold Friday night. Harvey Saunders continued his recent run of form, grabbing a brace in the game, with Callum Camps and Sam Stubbs getting the other two goals on the night. 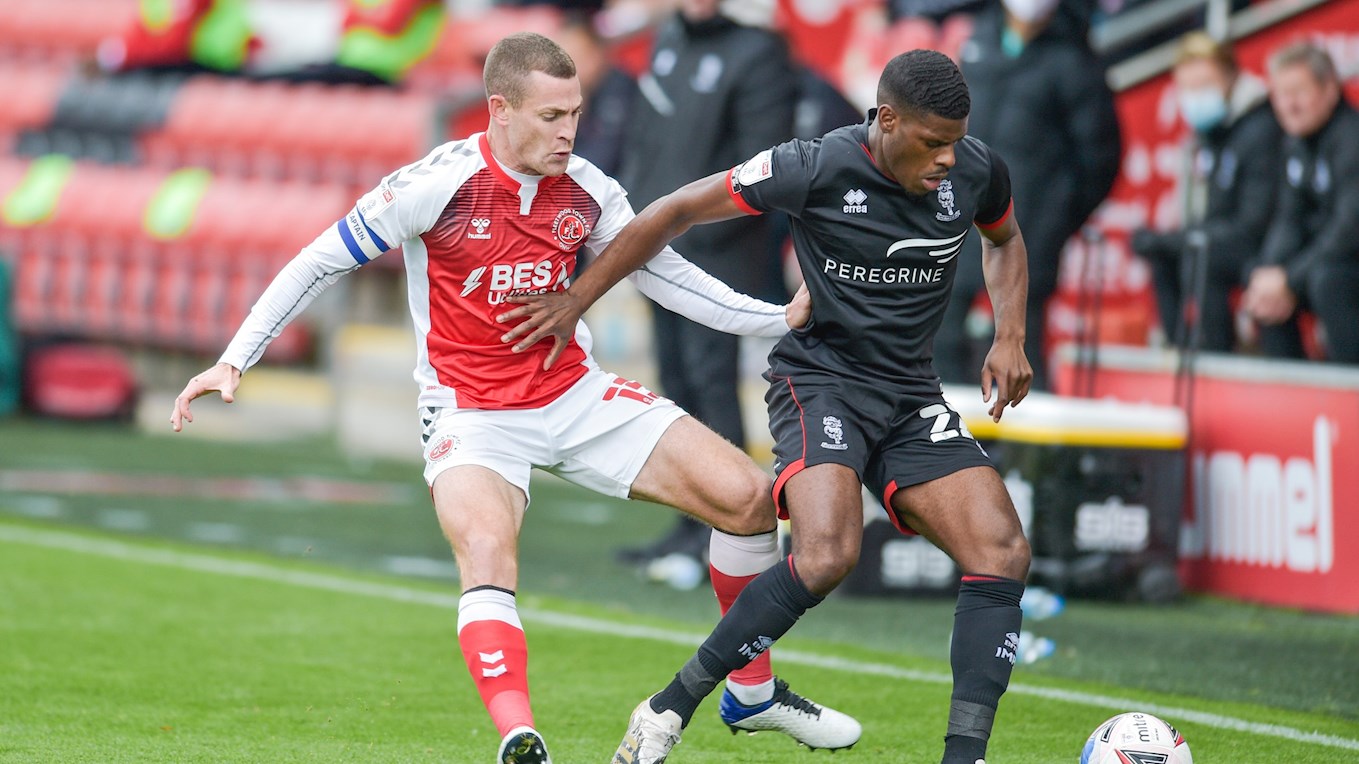 Accrington have had a mixed start to the season as they have won three and lost three in their opening six fixtures.

Stanley started out their campaign with a 2-0 win over Peterborough United at home, as Dion Charles and Tariq Uwakwe both managed to get on the score sheet. This result followed a 7-0 win for the side over Leeds United U21s in the EFL Trophy, just five days before.

Since that win, Accrington have been on the wrong side of the scoreline in their games against Burton Albion, Oxford United, and Ipswich Town, but have won two games as well in that time. The first being a 2-1 win over AFC Wimbledon and the second being a win over Rochdale. 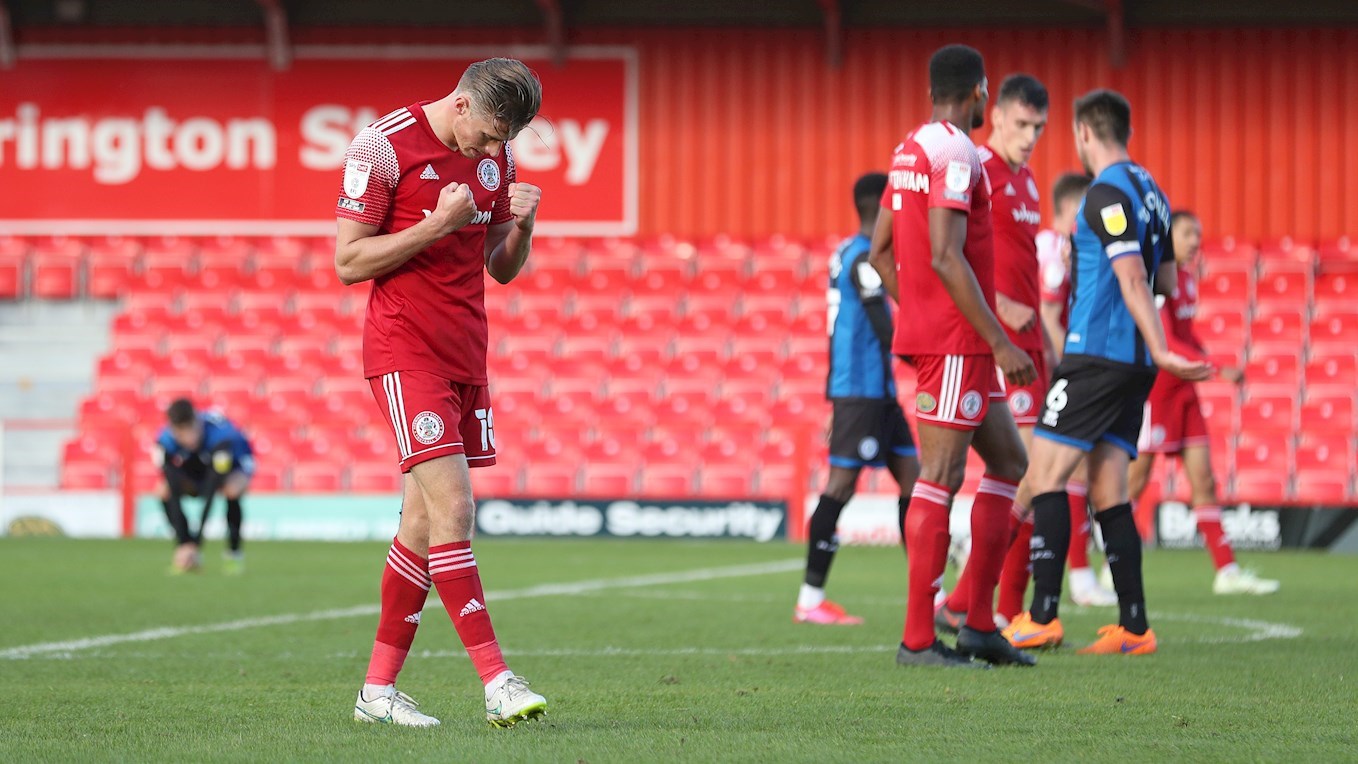 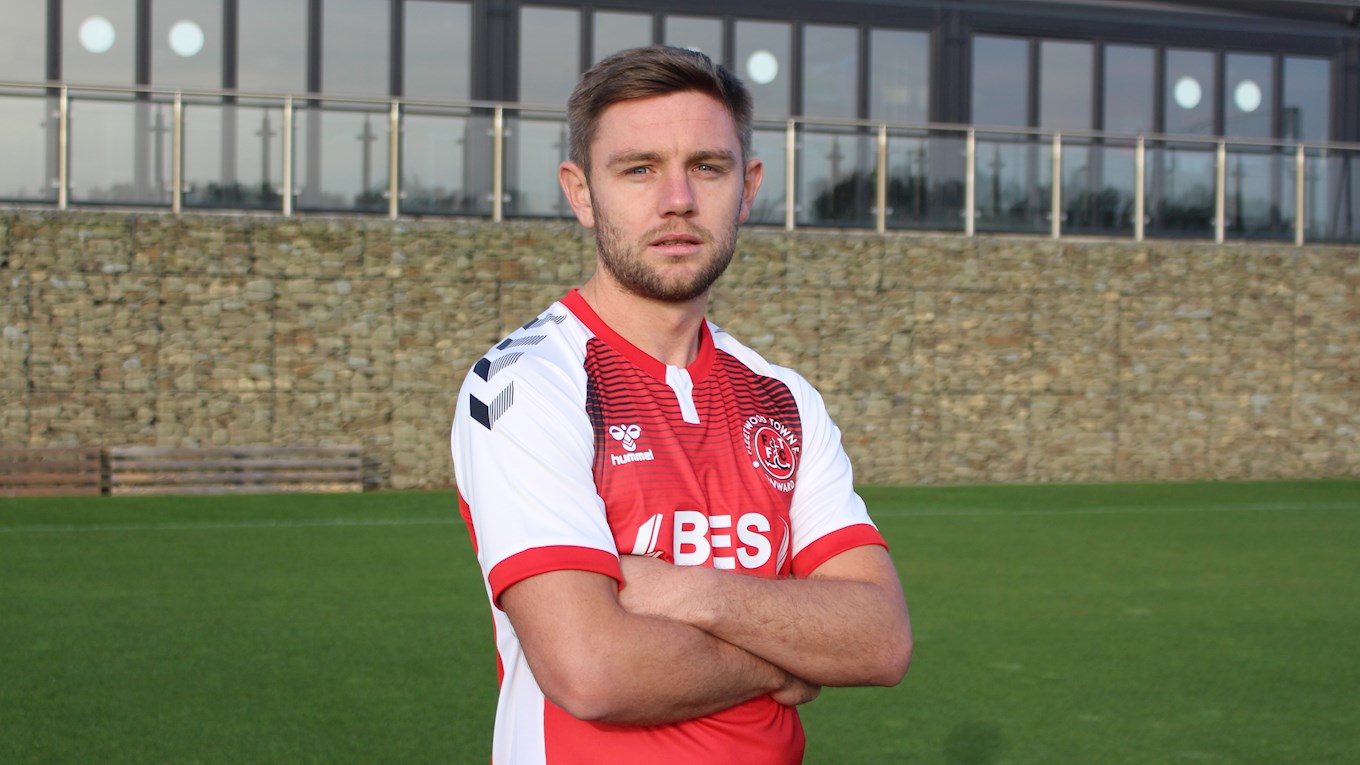 ONE TO WATCH – TARIQ UWAKWE

One to watch from Accrington is midfielder, Tariq Uwakwe. The 20-year-old joined Stanley on loan from Premier League side Chelsea in September 2020 and has since featured in seven games and scored four goals for John Coleman’s side.

Uwakwe – who joined Chelsea at the age of eight – progressed through the side youth system, eventually making his way into the Under 18s in the 2015/16 season before becoming a scholar. The attacking midfielder has since played 11 times for the Premier League side’s development squad in their Premier League 2 winning season. 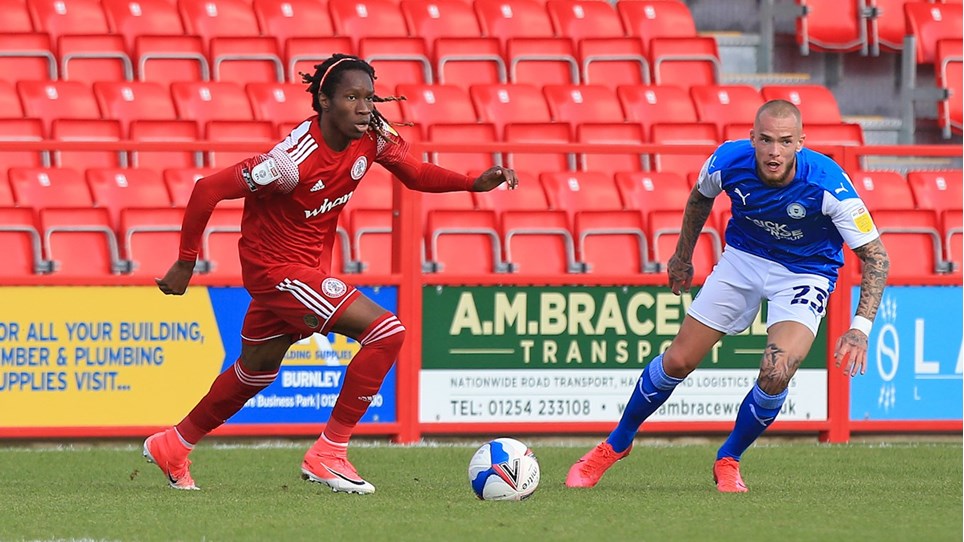 Joey Barton's side are set to travel to the Wham Stadium on Tuesday 20 October as they look to build on their three-game unbeaten streak - and you can watch the game against The Imps for just £10! 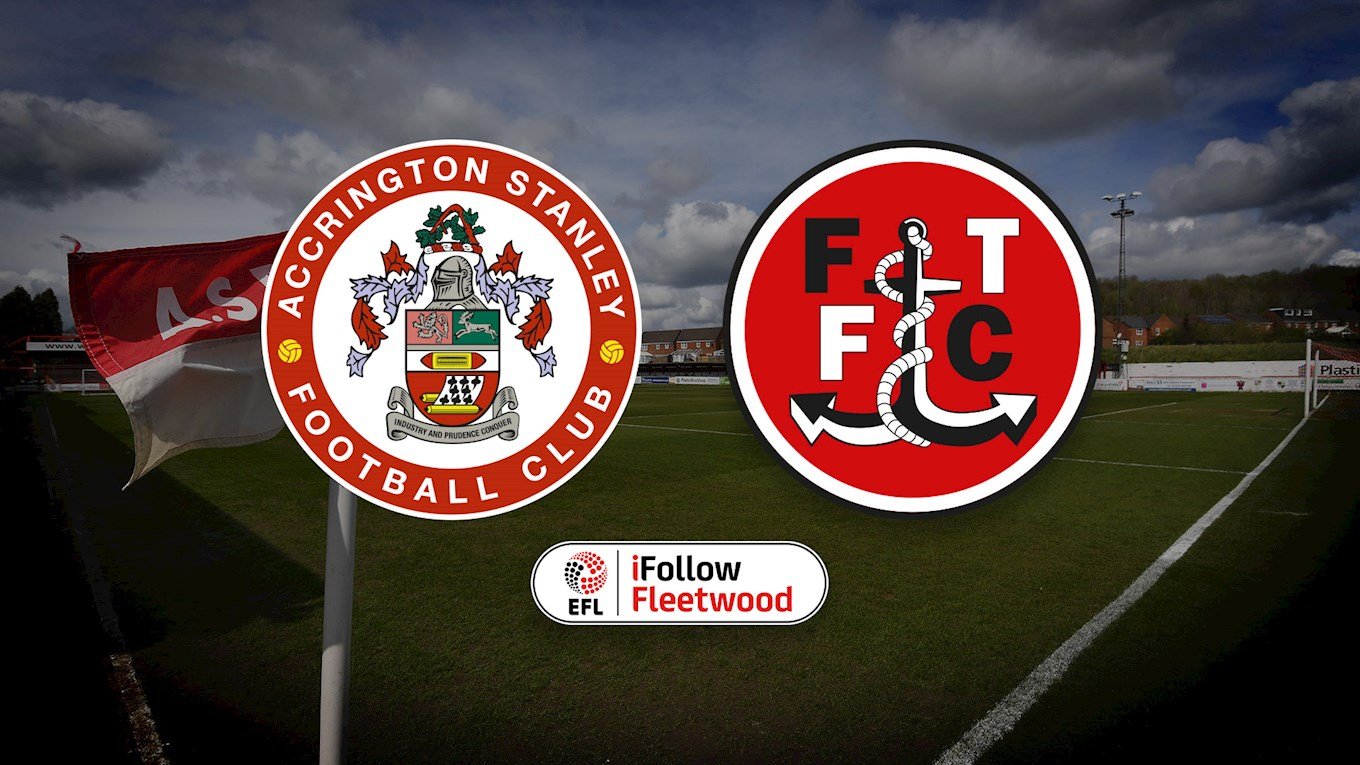 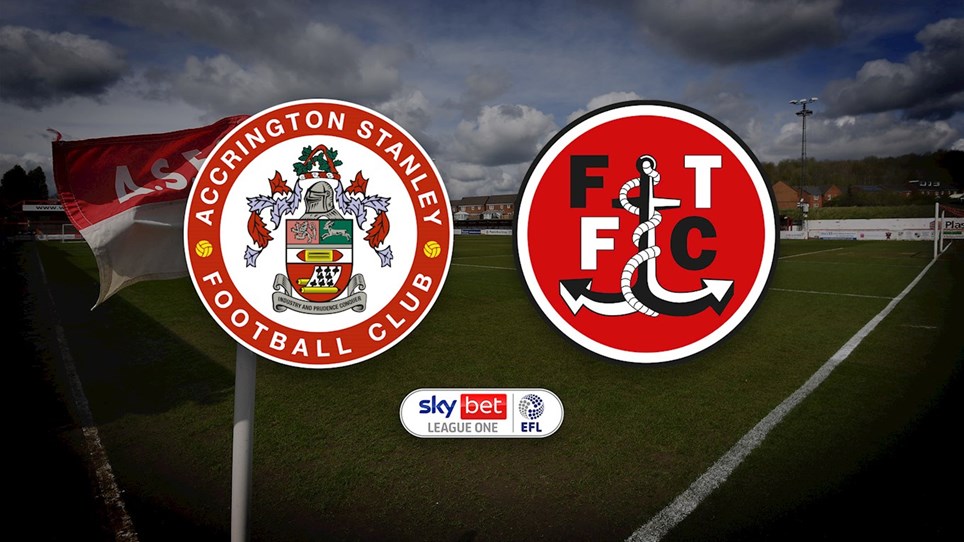 
Fleetwood Town can confirm our trip to the Wham Stadium to face Accrington Stanley has been rearranged.

Fleetwood Town fought throughout their narrow 1-0 loss to Accrington Stanley at the Wham Stadium on Tuesday evening.

Fleetwood started out the game the better side, as they were controlling possession in the middle of the park and creating a few chances through Barrie McKay but none of them found the back of the Accrington net.

The deadlock was eventually broken in the second half as the home side’s long throw found Dion Charles inside the Town box and headed home.

The first chance of the game fell to the home side when Charles picked up the ball on the right-hand side. His driving run down the flank created space for a shot on goal but his effort didn’t trouble Jayson Leutwiler.

Fleetwood came close ten minutes in when Glenn Whelan intercepted the ball in the centre of midfield. He spread the ball out wide to Wes Burns who beat his man and fired a dangerous ball into the box towards Josh Morris who was unable to get his shot away.

Fleetwood almost found a way through the Accrington defence when McKay cut inside from the left, but his low driven effort towards the near post was saved by the left-hand of Toby Savin.

McKay had another chance to give his side the lead moments later after winning the ball in the final third. This time defender Mark Hughes was in the way.

Fleetwood were proving to be the dominant force in the first half, and it was starting to show when McKay found himself at the heart of the action once again. The forward drove into the area, cutting inside onto his favoured right foot and his low, curling effort forced Savin into a smart save.

Town came close once again when Danny Andrew found Paddy Madden in the penalty area. Madden teed up McKay but this time he sliced his effort wide of the goal.

Burns found himself with space to attack down the right on the half-hour mark. His looping cross towards the back post was met with an acrobatic effort from Andrew which flew just over the bar.

Stanley had the chance to take the lead just before the break. Joe Pritchard’s freekick found the feet of Charles who was quickly surrounded by grey bodies and fired his effort over the bar.

At the other end, McKay almost found a way through for the Cod Army in added time. His strike from the edge of the area stung the hands of the goalkeeper.

Accrington looked the brighter of the two teams in the earlier stages of the second half and had the first chance after the break. Matt Butcher’s audacious long-range brushed the side netting of Leutwiler’s goal.

Fleetwood caught Accrington on the counterattack when the ball found McKay out wide. He played in Madden who found space on the edge of the box, but his snapshot was straight at the goalkeeper.

The Cod Army almost caught Stanley out again when Burns intercepted a loose pass on the halfway line. He played the ball to Madden who carried the ball towards goal before laying off Callum Camps who was denied at the near post by Savin.

Accrington had their second chance of the second half when a looping cross found the head of Cameron Burgess who rose above the Fleetwood defence but headed over the bar.

Fleetwood looked dangerous on the right again with Burns. His cross found Madden who sublimely flicked it over Savin but saw his effort cleared off the line.

In the 72nd minute, Accrington took the lead. After a close-range effort was saved by Leutwiler, the ball was played back across the area for Charles to head home.

Fleetwood responded straight away in the search for an equaliser. Andrew tried his luck from 20 yards but saw his effort bend wide of the post.

Charlie Mulgrew had a chance to open his tally for Fleetwood with a free kick on the edge of the area. His effort flew over the wall and just over the bar – the goalkeeper could only watch on.

The final chance of the game fell to Fleetwood as Mulgrew crossed the ball deep into the box from a corner, with his cross finding Ched Evans whose header hits the crossbar.


Fleetwood Town can confirm our trip to the Wham Stadium to face Accrington Stanley has been rearranged. 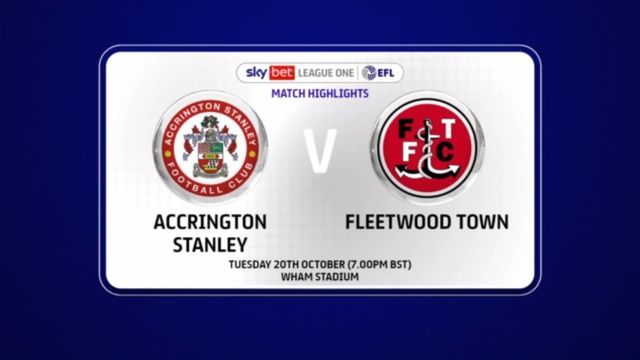 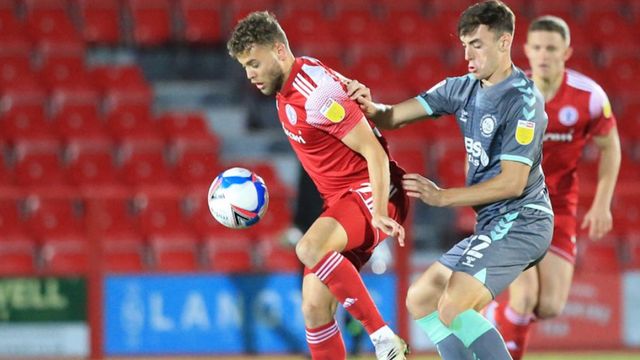