Fleetwood Town face Hull City on Saturday 7 November at KCOM Stadium in the first round of the Emirates FA Cup, and we have all you need to know ahead of the 3pm kick-off in our match preview. 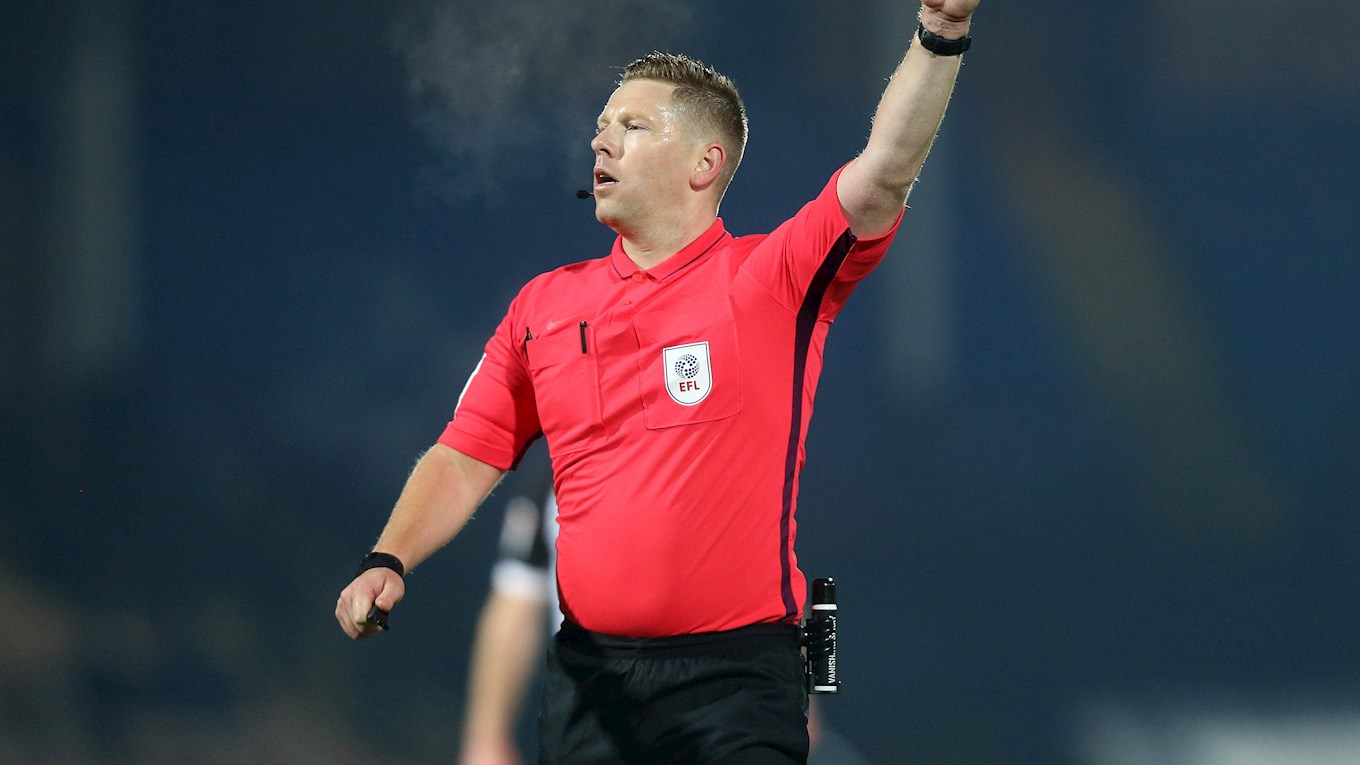 Town will be looking to get back to winning ways on Saturday as they narrowly lost to Charlton Athletic last time out on Tuesday night.

Charlton quickly found themselves with a two-goal lead thanks to goals from Ben Purrington and Conor Washington, but a quickfire brace from Ched Evans brought Town back level as the headed into the break. A penalty was the difference in the second half as Washington completed his brace from the spot.

Before that, The Cod Army managed to pick up all three points at home after beating Karl Robinson’s Oxford United 2-0, with goals coming from Callum Camps and Paddy Madden in that one. Fleetwood gained the lead within a minute of kick-off and kept true to their playstyle throughout to secure the win. 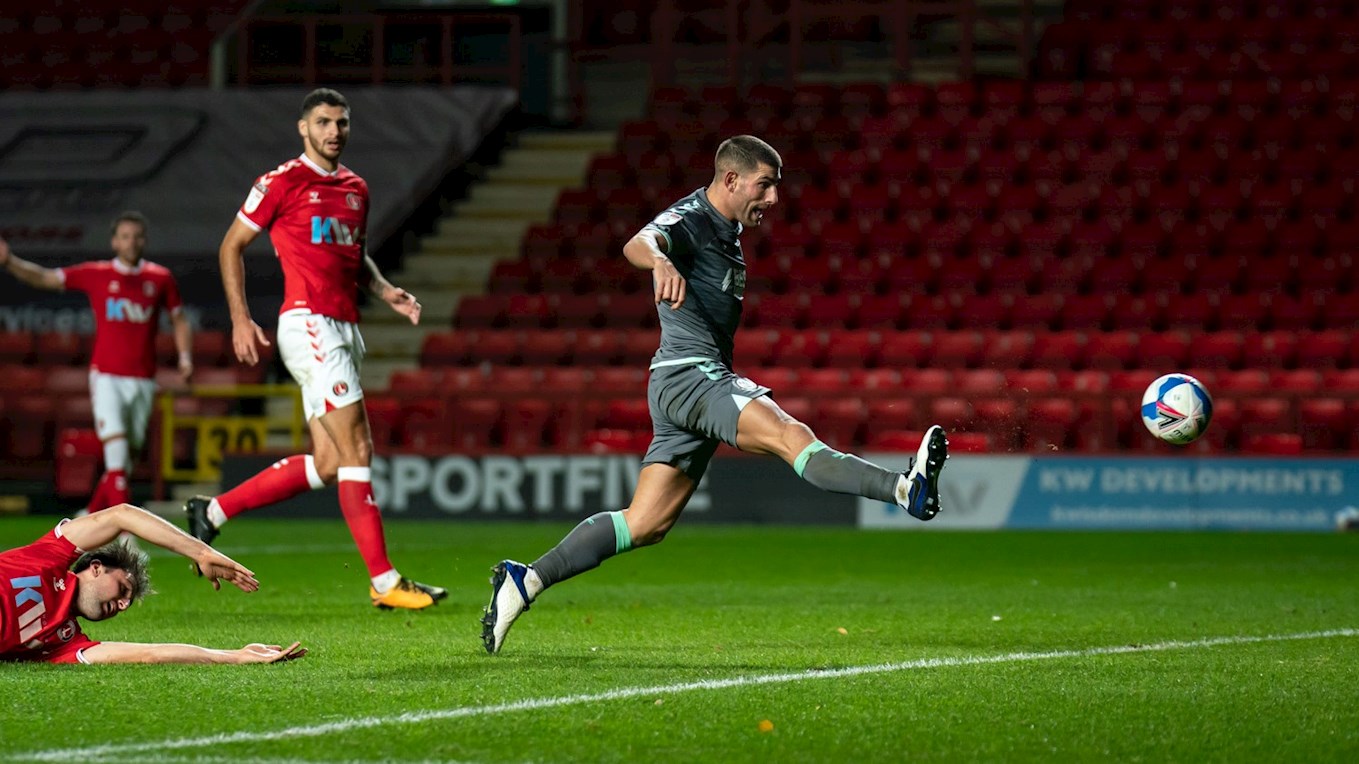 Hull have started the season the way they would have wanted as they have managed to win seven of their first ten league games, and currently sit in fifth position in the league table.

The Tigers had to make the trip to The County Ground last time out as they faced Swindon Tow, which ended in a 2-1 loss. Keane Lewis-Potter opened the scoring early on, but the hosts quickly came back through a Paul Caddis goal and Joel Grant scored the winner in the second half.

Before that, they faced Bristol Rovers and James Daly put the Pirates ahead inside two minutes but Hull managed to pull off the comeback as Lewis-Potter, Regan Slater and Tom Eaves all found the back off the net, making it a comfortable 3-1 win for Grant McCann’s side. 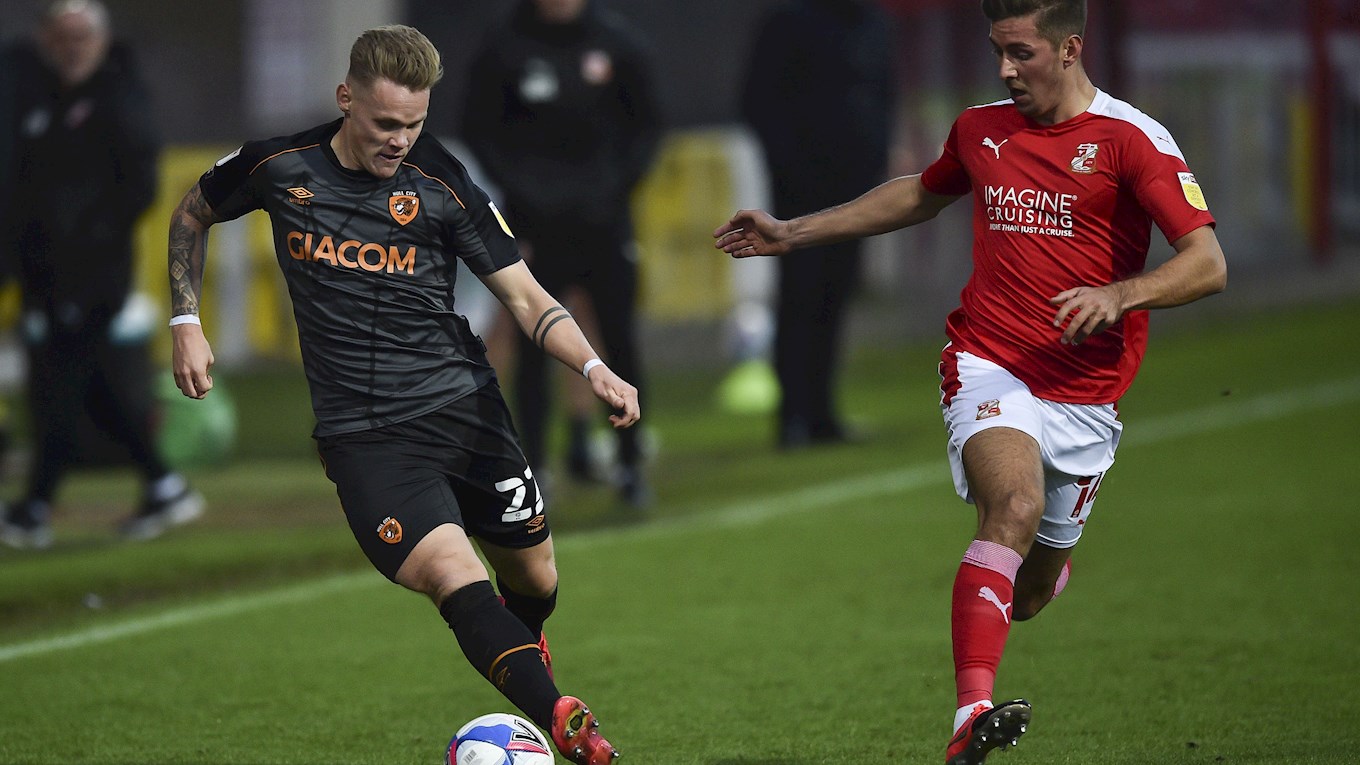 Head coach Joey Barton spoke to the media ahead of his side’s Emirates FA Cup tie against Hull City at Poolfoot Farm on Friday afternoon. He had this to say:

“It’s the FA Cup, let’s go and have it. We’ll be ready to go. Obviously, we neat them last time out not long ago in a certain manner and they will hopefully get the same on Saturday. For me, it’s a tie on a lovely pitch in a great stadium. We have to go there at some point in the league but have already managed to beat them at home.

“We don’t need to over complicate it, they’ll probably have Tom Eaves in, Mallik Wilks back out wide and Josh Magennis maybe will play. We expect it to be 4-3-3, it’s the way they’ve played all year and have been successful in most of them.

“I don’t think they will want to change too much for us and will probably want to right the wrongs of what happened at our stadium a few weeks back but we will be going there to win a cup tie full of confidence and hopefully pick up where we left off in the home tie.” 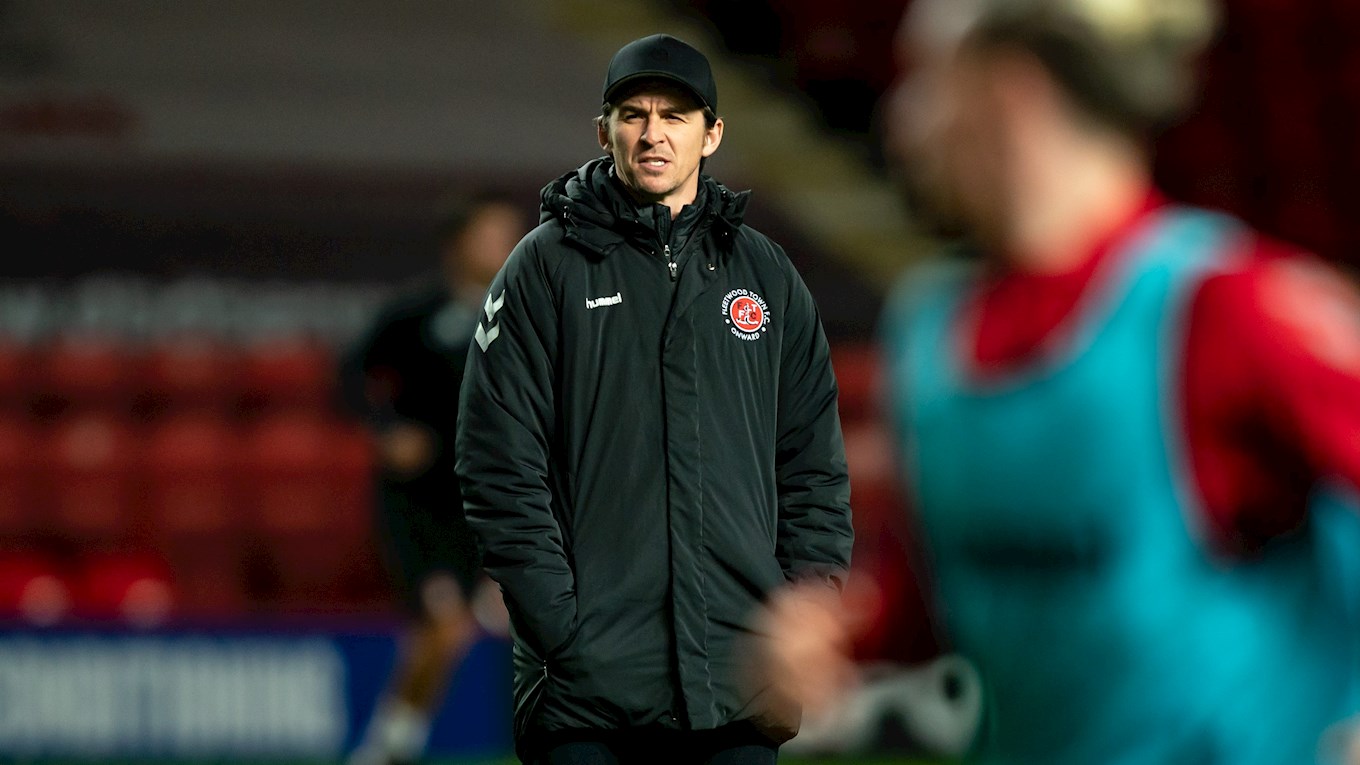 Joey Barton's side are set to travel to Yorkshire on Saturday to face The Tigers, as they look to get back to winning ways after narrowly losing to Charlton Athletic on Tuesday - and you can watch the game for just £10! 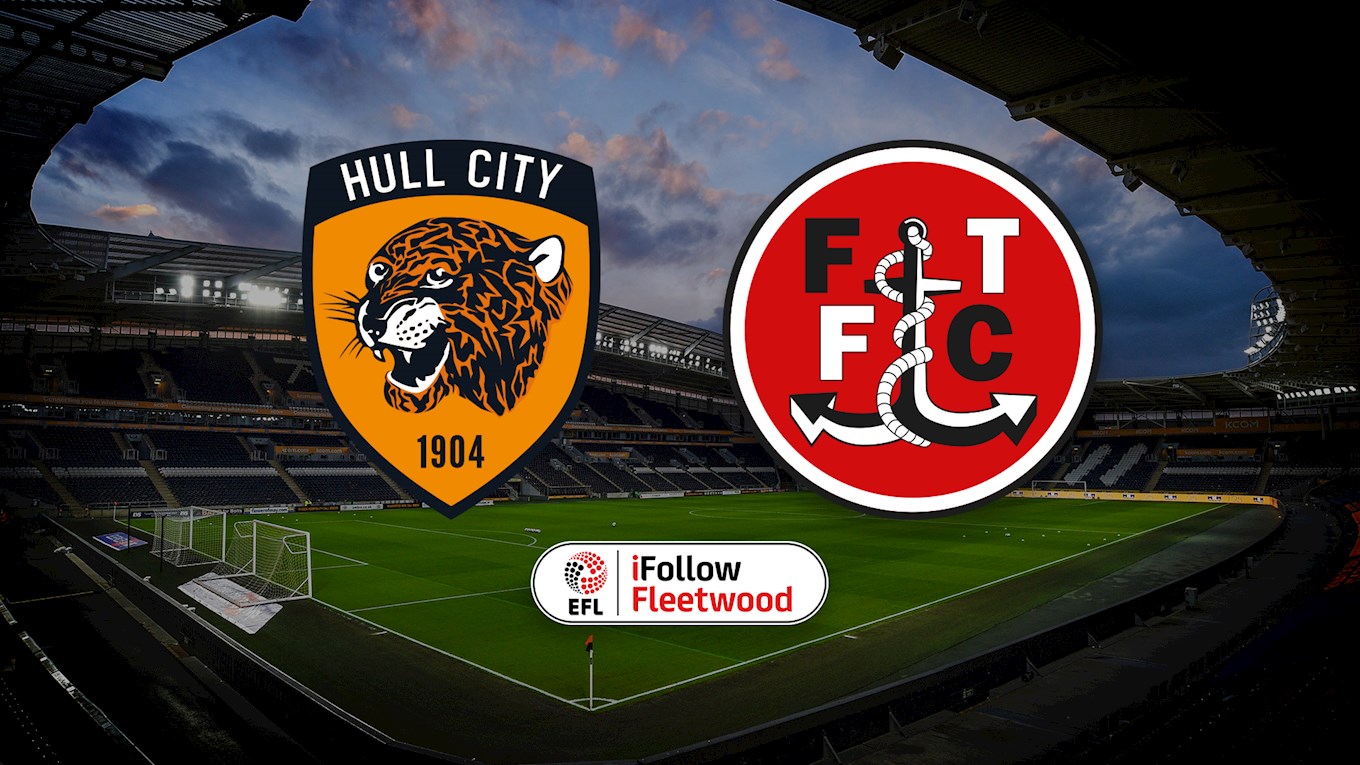 Fleetwood Town narrowly lost out to Hull City in their 2-0 defeat in the first-round of the Emirates FA Cup at the KCOM Stadium on Saturday.

Josh Magennis broke the deadlock on the half-hour mark when he found the back of the net inside the penalty area before Reece Burke’s header doubled Hull’s lead midway through the second half.

Joey Barton was forced into a change just four minutes into the game when Ched Evans went down after a challenge with Callum Elder. He was replaced by Wes Burns after leaving the field on a stretcher.

The first chance of the game then fell to the home side when James Scott got on the end of Magennis’s driven cross but his header found the gloves of Jayson Leutwiler.

Soon after Magennis found himself with a chance of his own when he received the ball on the end of the area. However, he saw his shot blocked by the onrushing Fleetwood defence.

Fleetwood then grew into the game and started to control possession with Paul Coutts and Glenn Whelan dictating the play in the middle of the park. Burns and full-back Tom Edwards have passed the ball well down the right-hand side on multiple occasions, but no clear chances have been made.

Just after the half-hour mark, the Tigers broke the deadlock when Emmanuel found space on the right flank. His cross into the penalty area was flicked on by Mallik Wilks and poked home by an unmarked Magennis.

The hosts had the chance to double their lead when Magennis got on the end of Elder’s inswinging corner. However, the striker was unable to add to his tally and could only watch his header fly over the crossbar.

Contact between Elder, Harvey Saunders and George Long led to the Fleetwood forward leaving the field on a stretcher as the first half came to a close. It was a promising move for Fleetwood who had a chance on goal before the challenge was made.

In the second half, Fleetwood looked to have levelled the score when Josh Morris got in behind the Hull defence and squared the ball to Paddy Madden who placed the ball into an open goal. However, the linesman’s flag was raised on the far side of the pitch ruling out the goal.

Fleetwood were looking the better side in the second half and were threatening going forward. Wave after wave of attacks down the left-hand side through Danny Andrew were piling pressure on the Hull City defence.

Against the run of play, The Tigers had a chance to double their lead and Burke took it. The centre back got on the end of Elder’s corner and powered his header past Leutwiler.

Fleetwood responded well and almost found a way through when Coutts picked up the ball in the centre of the park. His ball over the top found Madden who’s shot was quickly closed down by Emmanuel – Harrison Holgate came close at the near post from the resulting corner.

At the other end, Hull troubled again from another set-piece when Reagan Slater crossed the ball into towards Burke whose headed effort flew just wide of the post.

The last chance of the game fell to Fleetwood as a corner was whipped in from the left, towards Holgate at the near post, but his header was put behind by Emmanuel.