Fleetwood Town face Charlton Athletic on Tuesday 3 November at The Valley in Sky Bet League One, and we have all you need to know ahead of the 7pm kick-off in our match preview. 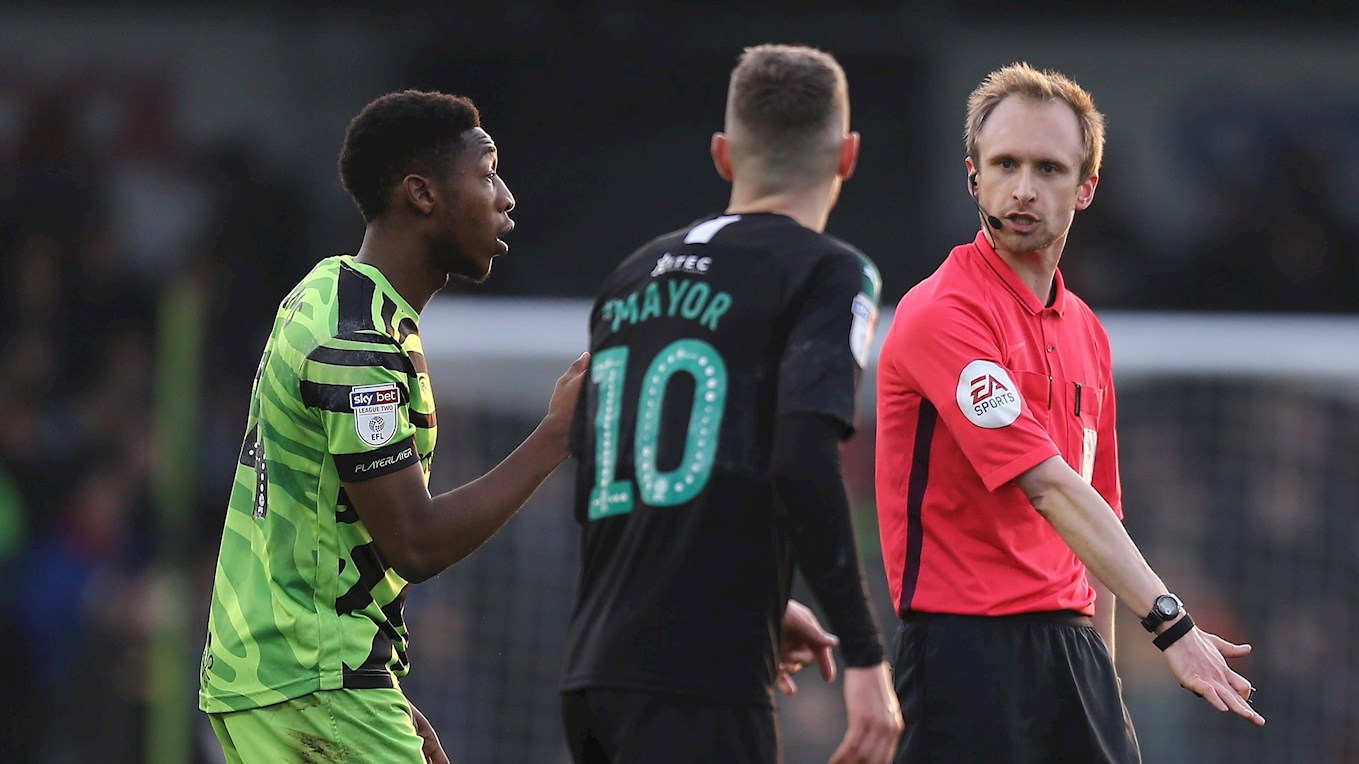 Fleetwood made it three wins in a row on Saturday after managing to beat Oxford United 2-0, after goals from Callum Camps and Paddy Madden.

Camps broke the deadlock in the first minute of the game as he managed to volley the ball from 20-yards into the back of the net, before a second-half goal from substitute Madden doubled the side’s lead on a drizzly afternoon at Highbury.

Before that, The Cod Army secure a 1-0 win over Shrewsbury Town, again at Highbury. The game took a while to get going but it was Fleetwood who managed to find the breakthrough as Ched Evans perfectly passed the ball into the back of the Shrewsbury net midway through the first half. 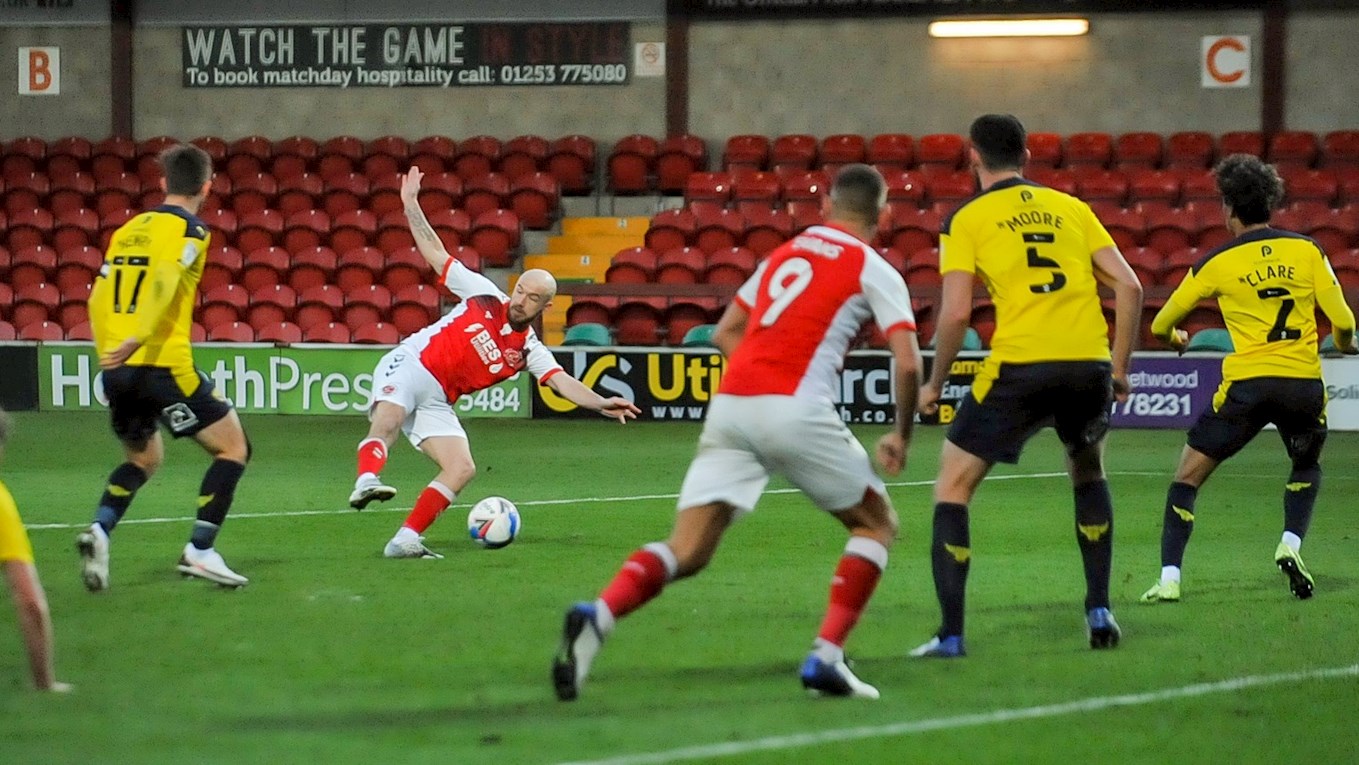 The Addicks head into their tie with Fleetwood on the back of five consecutive wins in the league, with their last one being a 2-0 win over Portsmouth at Fratton Park.

Charlton started out that game on the front foot and managed to push themselves into the lead in the 26th minute of the game through a Jonathan Williams strike. Chuks Aneke doubled the side’s lead late on to make it a more comfortable end for Lee Bowyer and his side.

In the game before that, Charlton finished with the same score line of 2-0, but this time at home against Oxford United. Both of their goals came in the first half of this game as Andrew Shinnie added to Conor Washington’s opener just after the half-hour mark. 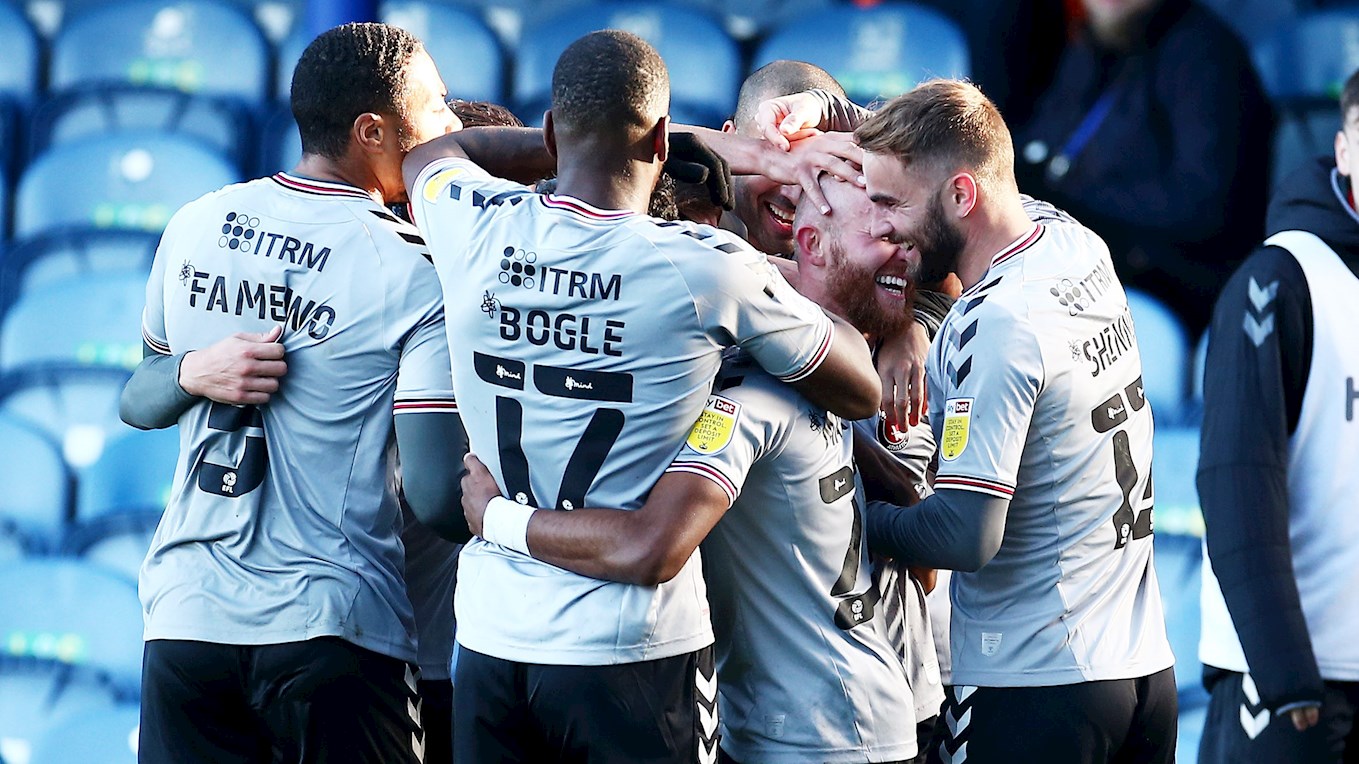 Head coach Joey Barton spoke to the media after his side’s 2-0 win over Oxford United at Highbury and previewed Town’s trip to The Valley. He had this to say:

“Charlton beat Portsmouth last time out and are a really good side who came out of the Championship last year. They’ve lost a few bodies, but Lee Bowyer has done a great job there.

“It looks like they’re up and running already in terms of trying to kick-start their return to Championship football.

“It’s another tough fixture for us but the mood the team is in and the way things are going, I believe iron sharpens iron. We go to a fellow promotion-chasing team. We’re in good fettle, they’re in good fettle. I’m really looking forward to the test.” 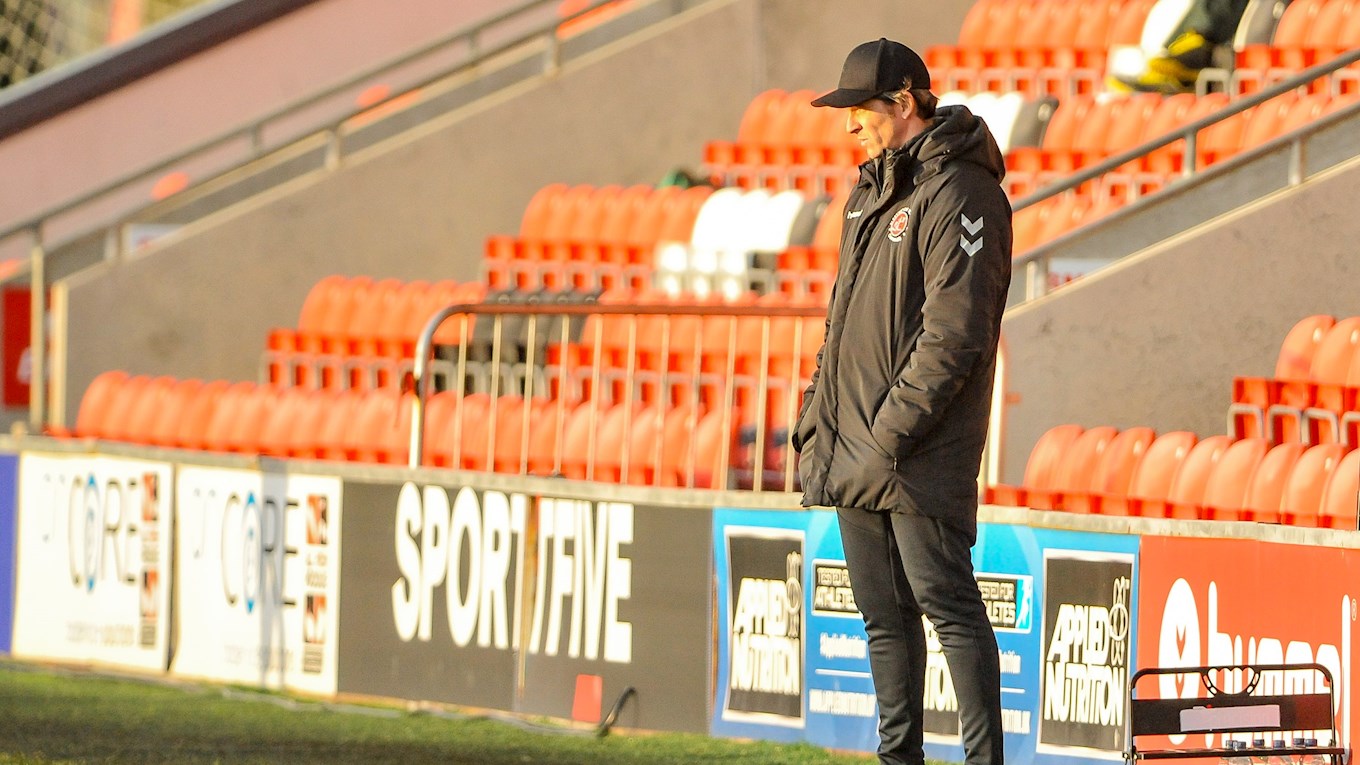 ONE TO WATCH – CONOR WASHINGTON

One to watch from Charlton is forward, Conor Washington. The 28-year-old signed for Lee Bowyer’s side back in August after spending the 2019/20 season in Scotland with Hearts.

The Northern Ireland international started out his career at Newport County, coming through the youth ranks. After scoring eight goals in 48 games, he earned a move to Peterborough United, where he would spend the next two years.

Washington found his goal-scoring form, managing to score 33 goals in his time with The Posh, and this sparked a £2.5 million move to Queens Park Rangers in 2016. His scoring continued up at a higher level, but he would move on to Sheffield United two seasons after joining the Hoops.

He would spend a year at Sheffield, and then another year at Hearts before making the move to Charlton in August 2020. Since the season has started, the forward has bagged three goals in 15 appearances. 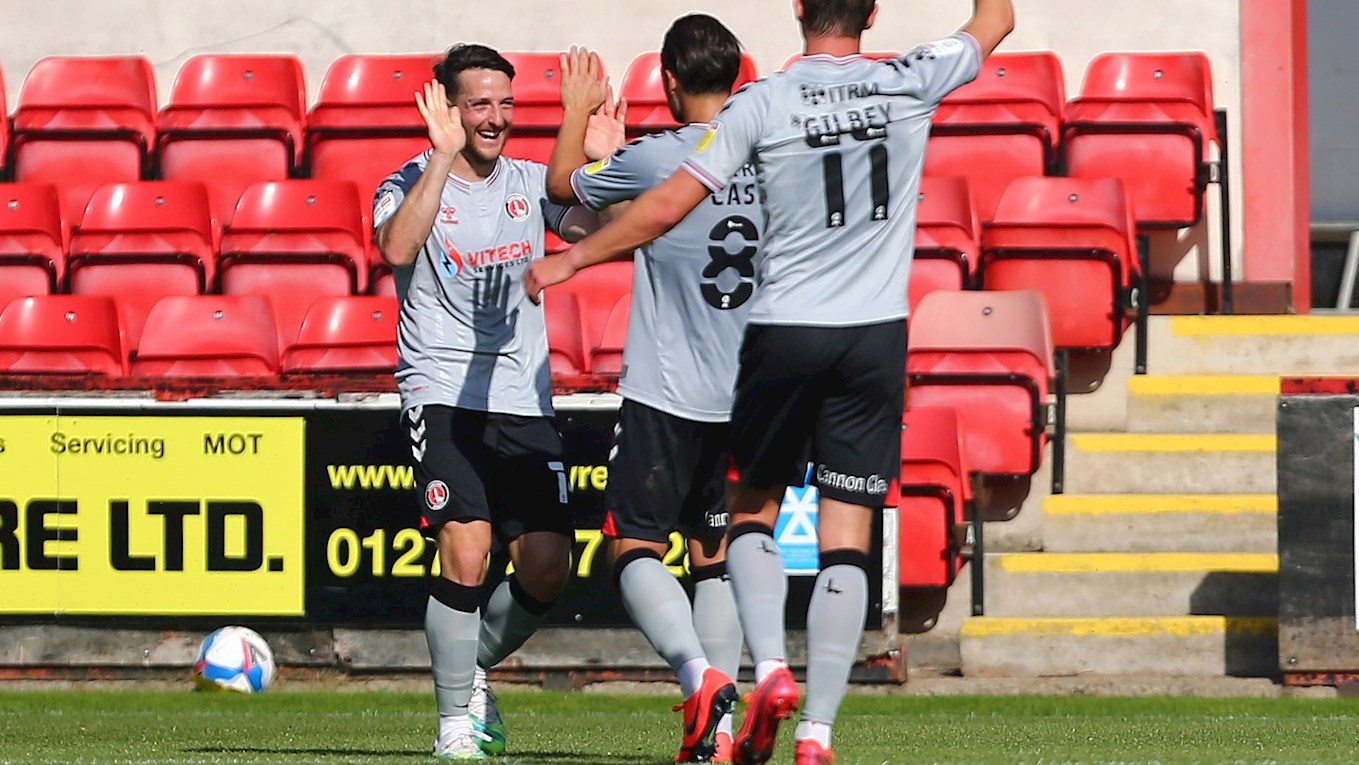 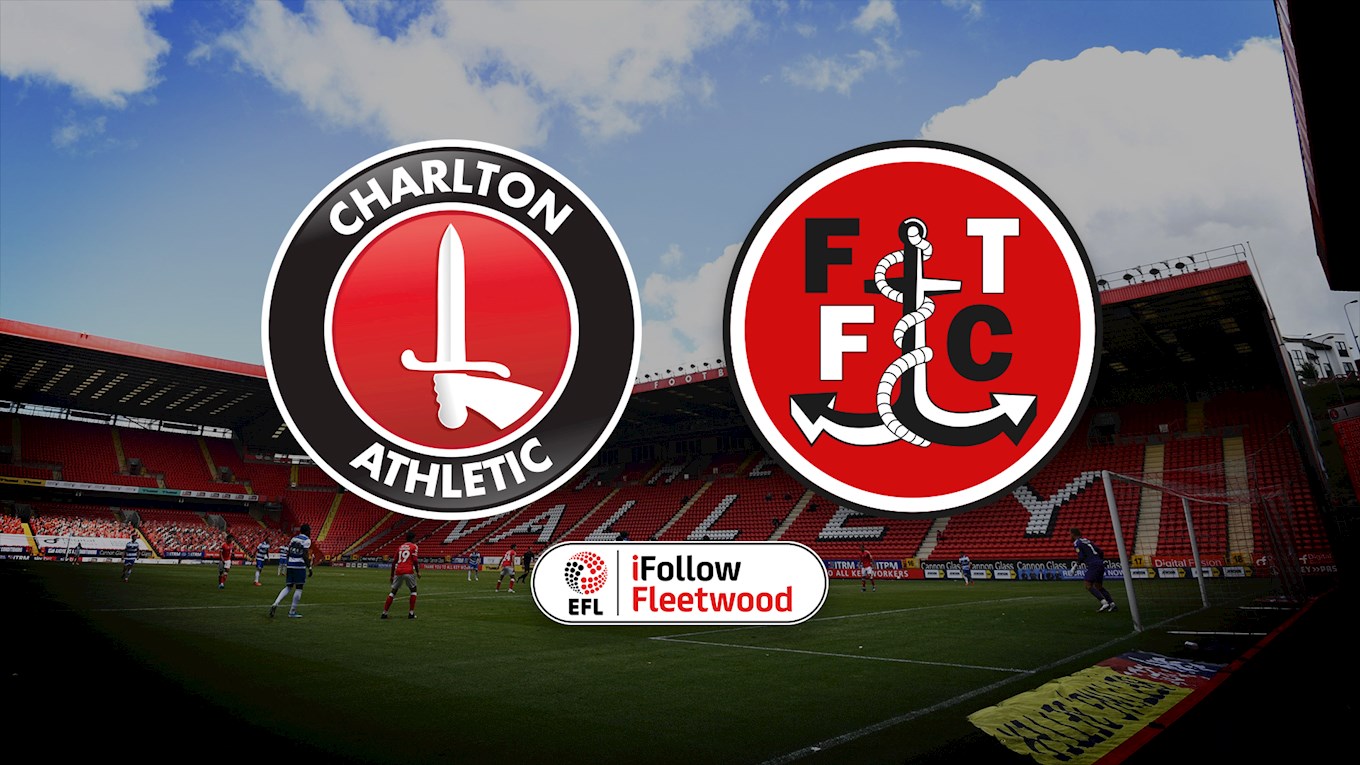 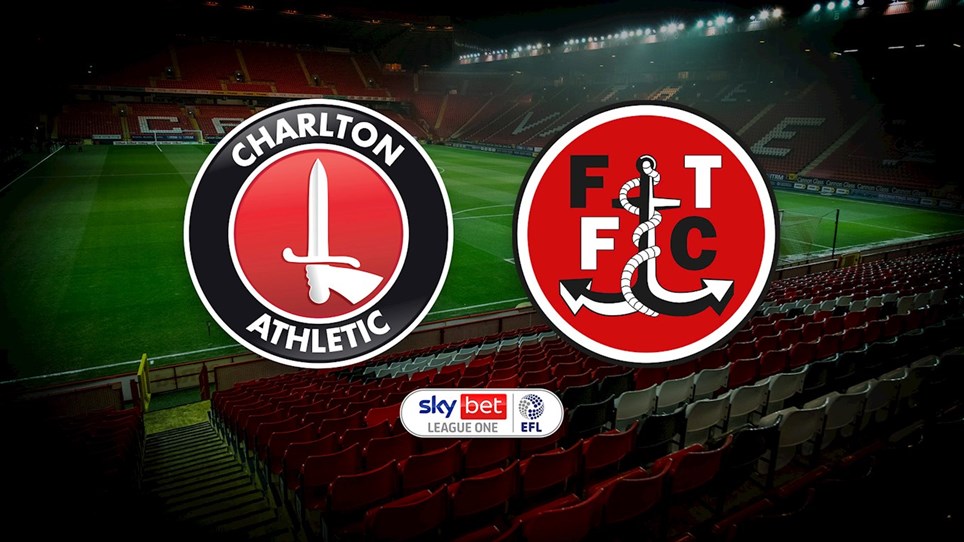 
Fleetwood Town can confirm our trip to The Valley to face Charlton Athletic has been rearranged.

Fleetwood Town narrowly lose out to Charlton Athletic 3-2 in a tough Sky Bet League One fixture at The Valley on Tuesday night.

Charlton started out the better side with first-half goals from Ben Purrington and Conor Washington giving the Addicks a two-goal lead.

The first chance of the game led to the opening goal when Purrington headed home Ben Watson’s in-swinging corner to give the hosts the lead inside four minutes.

Charlton had another chance soon after as Chris Gunter’s low, driven cross forced Jason Leutwiler into action – he was able to get down and push the ball away from danger.

The home side came close yet again when Andrew Shinnie’s corner kick was flicked on by Watson towards Purrington at the back post, who was unable to add to his tally and volleyed over the bar.

At the other end, Fleetwood almost levelled the score when Paul Coutts latched onto a loose ball on the right-hand side. His looping delivery into the box was headed over by an unmarked Callum Connolly.

A swift counterattack saw Charlton double their lead. A left-footed strike from Omar Bogle was initially saved by Leutwiler but Washington latched onto the loose ball to fire home from close range.

It didn’t take Fleetwood long to respond when Evans received the ball on the edge of the area. He turned his man creating space for the shot, finding into the back of the net – firing the right of goalkeeper Ben Amos.

Just one minute later, the Cod Army clawed their way back into the game. Barrie McKay’s teasing ball into the box found Fleetwood goal scorer Evans who side-footed home at the near post to grab his second of the game.

Five minutes into the second half the home side regained their lead from the penalty spot after Albie Morgan was brought down by Danny Andrew in the box – despite diving the right way, Leutwiler couldn’t keep out Washington’s penalty.

With 25 minutes to go, Fleetwood pushed for an equalizer. Wes Burn’s inviting cross was met by Evans, who headed towards goal, but Amos was in the way parrying the ball over the crossbar.

Substitute Callum Camps almost had an instant impact when he received the ball on the edge of the box. His right-footed effort was well held by Amos who dived low to his right.

Chucks Aneke almost added a fourth for the Addicks when his effort from 20 yards out struck the post and bounced out of play.

Fleetwood had a chance just before the end as Danny Andrew tried his luck late on after he received the ball on the edge of the Charlton box, but his strike was blocked by a rushing Darren Pratley


Fleetwood Town can confirm our trip to The Valley to face Charlton Athletic has been rearranged. 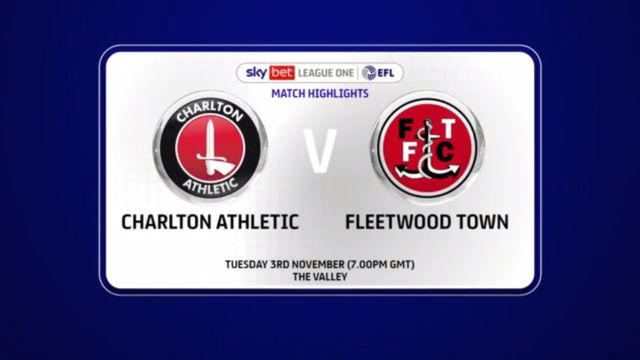 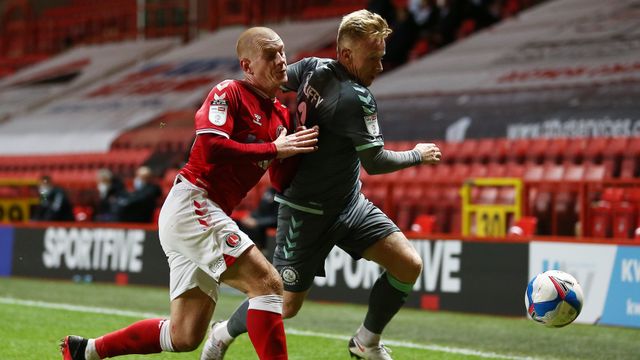