Fleetwood Town face MK Dons on Saturday 1 May at Highbury in Sky Bet League One, and we have all you need to know ahead of the 3pm kick-off in our match preview. 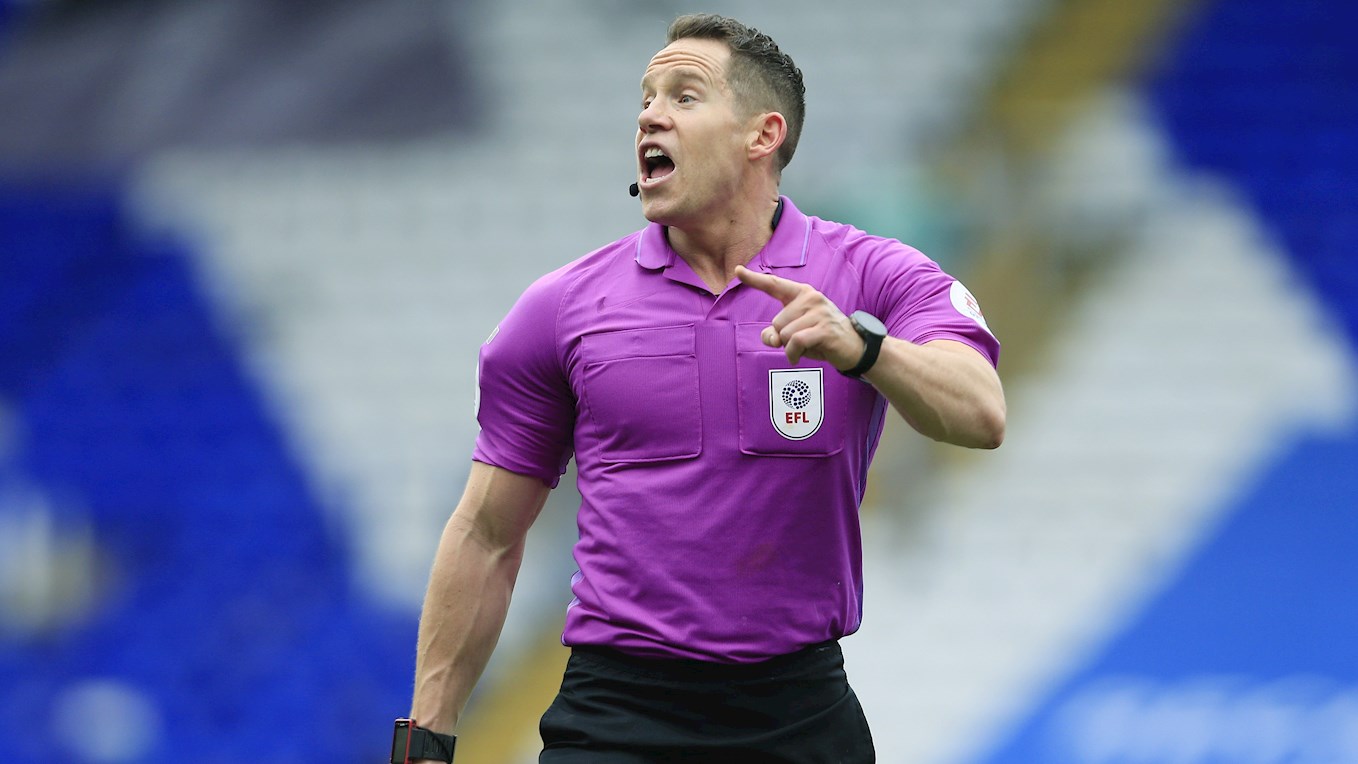 Fleetwood head into their league clash against MK Dons after a 5-2 loss to Burton Albion at Pirelli Stadium on Tuesday evening.

With four different scorers for the hosts, it was a tough evening in Staffordshire for Town, and even with the Cod Army’s best efforts to get back into the game, it was The Brewers who came out on top.

In the game before that, Town came out with maximum points beating playoff-chasing Doncaster. It was Barrie McKay who scored the only goal of the game five minutes into the second half for the Cod Army. Town’s number 19 managed to squeeze his shot in from a tight angle, beating the Rovers goalkeeper, Jamie Jones. 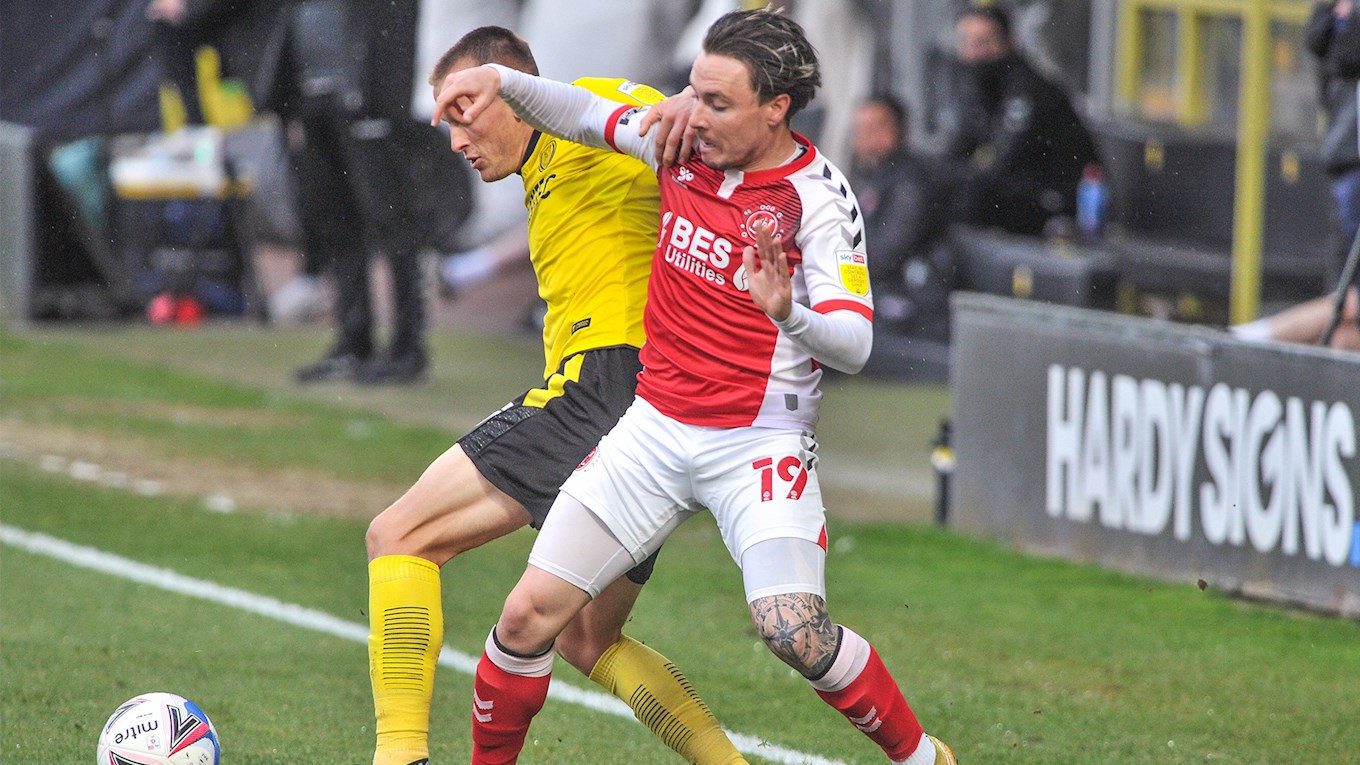 The Dons are coming into the fixture in fine form winning three consecutive games including an impressive display last time out winning 5-0 against Swindon Town.

Will Grigg made history for The Dons against The Robins last Saturday becoming the first MK Dons player to score four goals in a single fixture, helping lead Russell Martin’s men to a 5-0 win.

In the game before, The Dons came out 2-0 winners against Bristol Rovers. It was Scott Fraser who gave The Dons the lead 17 minutes in, following up Grigg’s initial effort which was saved. The forward then doubled their lead in the second half, securing maximum points at the Memorial Stadium. 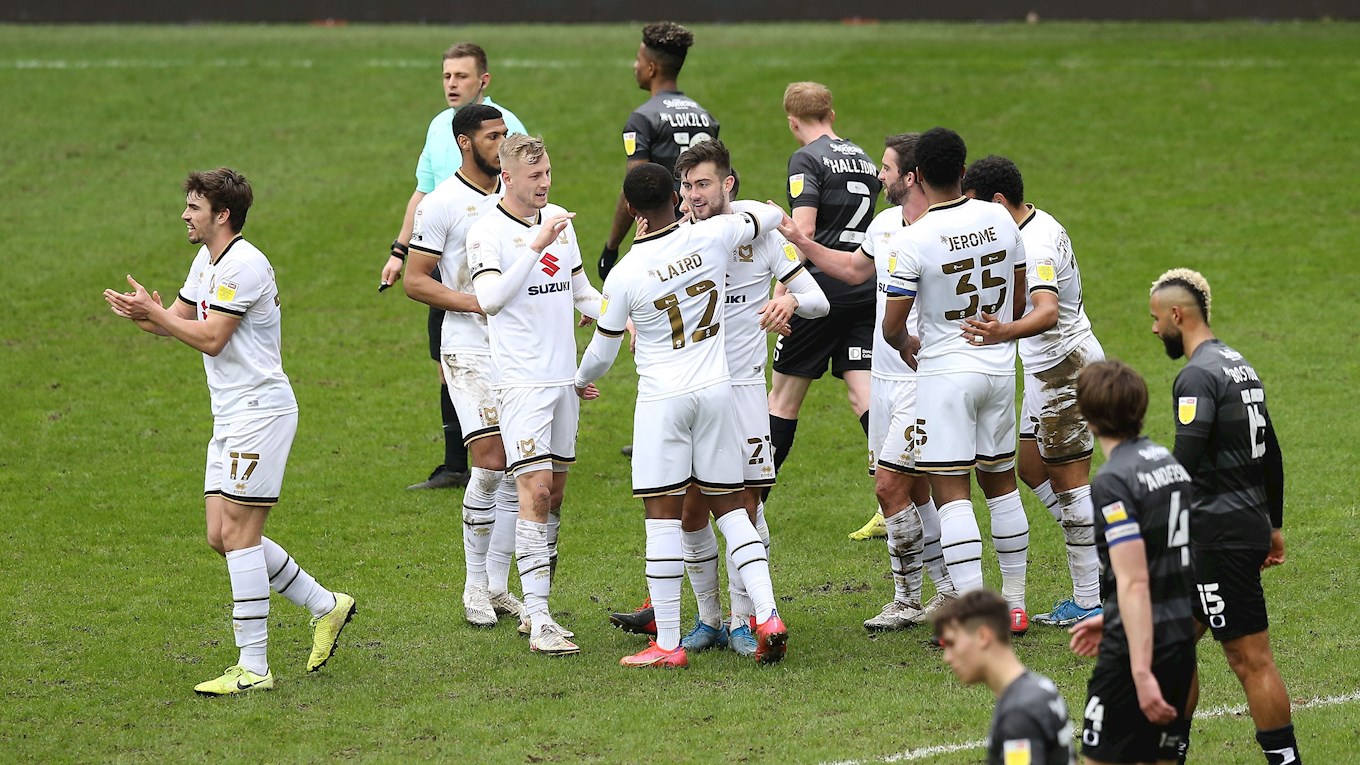 ONE TO WATCH: SCOTT FRASER

The one to watch from The Dons this weekend is midfielder Scott Fraser. The 26-year-old who joined the club in the summer has 14 goals for the season and is the side's top goalscorer this season.

The Dundee-born midfielder began his career at his hometown club, Dundee United, progressing through the youth system. The youngster at the time continued to impress throughout the academy and it didn’t go unnoticed as he was named U20 Player of the year in the 2013/14 season. Shortly after, he made his first-team debut at Celtic Park in the SPL.

The following season, the Scotsman was loaned out to Airdrieonians to gain valuable first-team experience. Fraser made an immediate impact scoring on his debut. He then went on to make 28 appearances and finding the net on five occasions.

On his return to his parent club, he was a key feature in the club's success which went on to win the 2016/17 Scottish Challenge Cup. This resulted in Fraser being named Scottish Championship Player of the Month for November 2017. After three seasons in the first team, making 81 appearances for the club he then went on to leave the club in May 2018.

In the summer of 2018, Fraser was rewarded with a move to Burton Albion on a two-year deal. He was an important part of the side which reached the semi-finals of the EFL Cup. The Scotsman was a regular feature for the Brewers over two years making 72 appearances, scoring on 11 occasions. His form then earned him a move to his current club MK Dons, where he has made 39 appearances and has scored 14 goals so far this season. 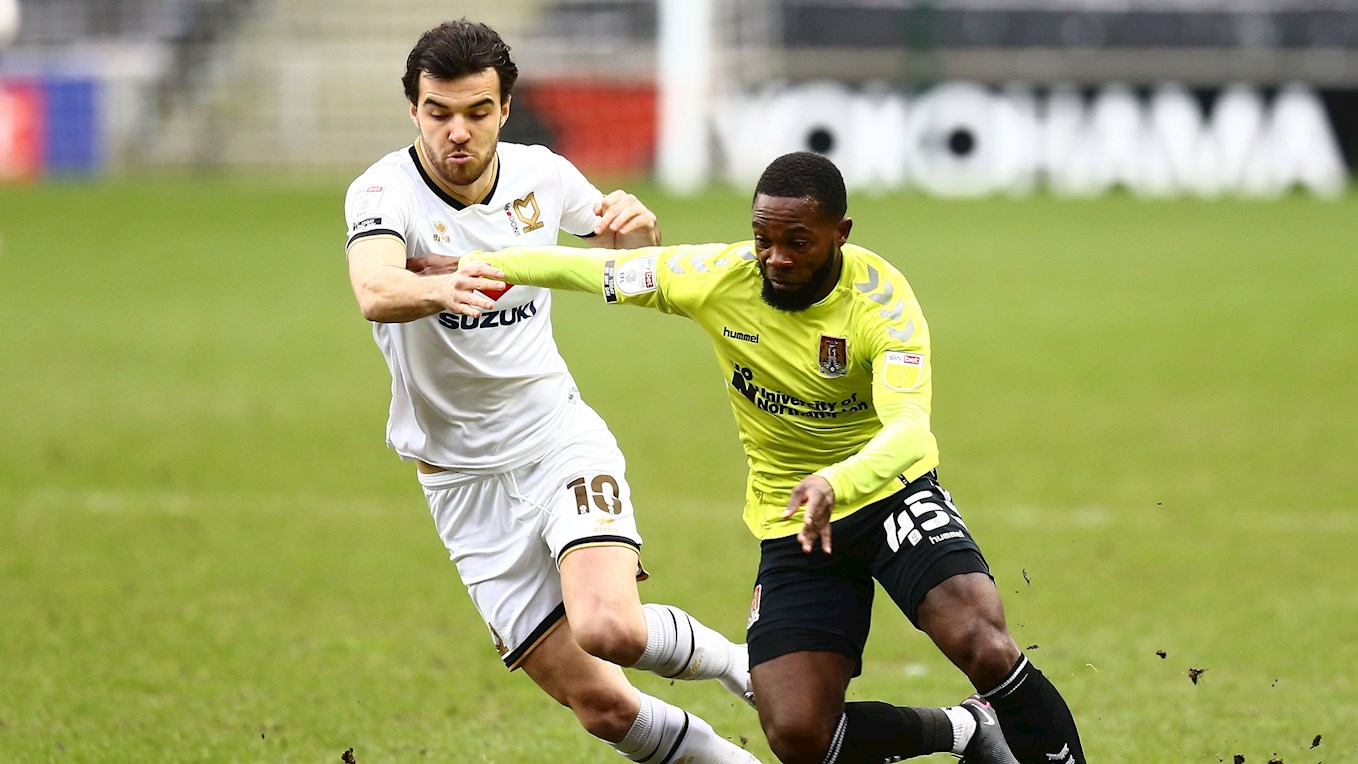 Simon Grayson's side are set to host MK Dons in a league clash at Highbury on Saturday and you can watch the game for just £10! 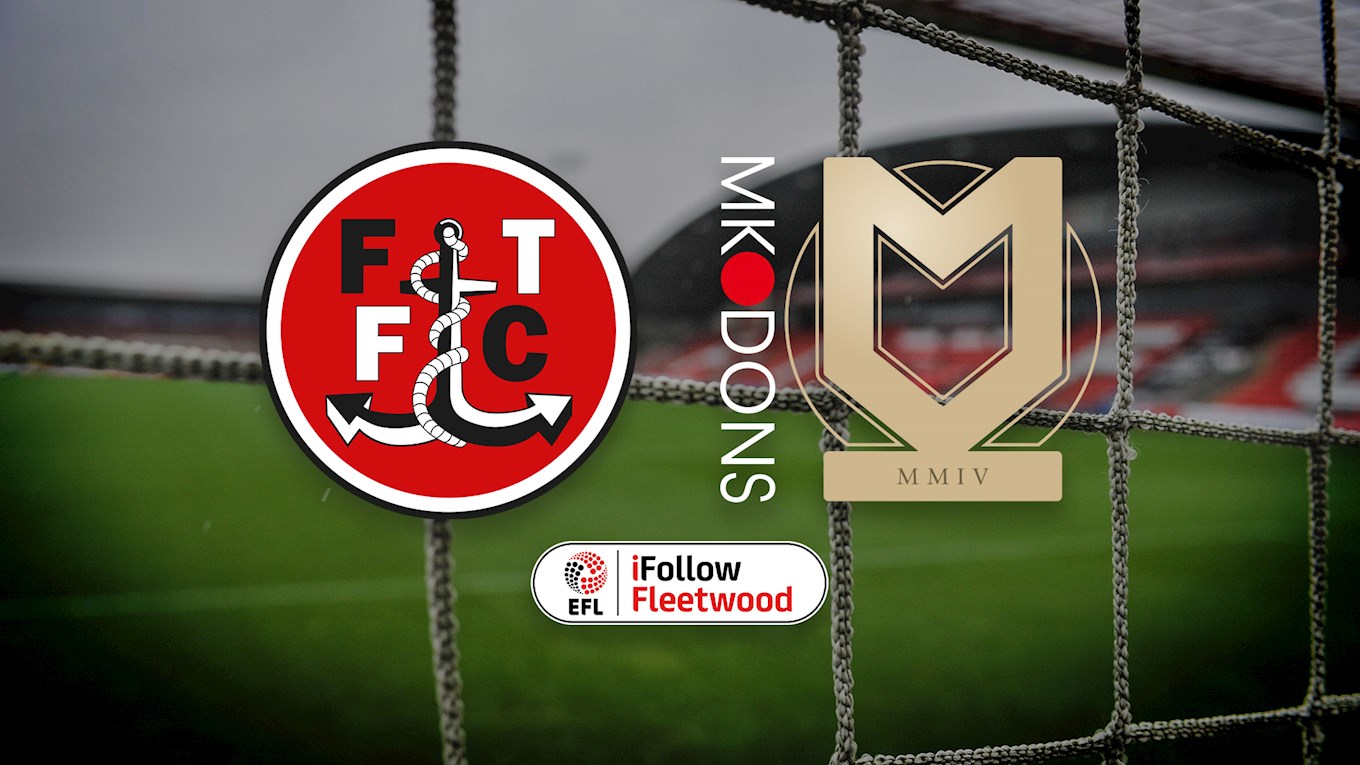 Fleetwood Town ended up finishing their home campaign with a 1-1 draw against Milton Keynes Dons at Highbury on Saturday afternoon.

Ged Garner opened up the scoring in the tie midway through the second half, but his goal was cancelled out by Charlie Brown with eight minutes to go after he capitalised on an Alex Cairns parry.

It was Town who started off lively as on the seven-minute mark Danny Andrew swung a corner in, Wes Burns rose highest and headed on target, but Andy Fisher parried it away.

Just before ten minutes, James Hill’s long throw into the box asked questions of the MK Dons’ defence, but Wes Burns’ connection with the ball couldn’t be guided goal bound.

The visitors’ first chance of the game came 17 minutes in as Matthew Sorinola picked up the loose ball from the ricochet off Hill’s initial tackle but dragged his effort well wide.

The Dons dominated the ball for the next ten minutes, their only chance which tested Cairns was Sorinola’s driven effort which Cairns got down well too.

On the half an hour mark it was a swift counter-attacking move from the Cod Army, Barrie McKay picked the ball up from deep, a clever touch around his man, laid it wide to Garner whose drilled pass to Harrison Biggins flew through the crowd, but the latter's effort was blocked.

Another slick counterattack came as Burns and Hill combined well to work the way through the Dons’ press, Hill played it to Jordan Rossiter who’s through ball to Janoi Donacien was enough to earn a corner which came to nothing.

A few moments before the half-time break, Andrew’s free-kick from 30 yards looked testing, but Fisher got down to match and both teams went into the break level.

The first half started quiet, with the first major chance came on the hour mark as Scott Fraser’s effort was pushed away from danger.

The deadlock was broken in the favour of the Cod Army as Burns drove forward down the right, gave it to Garner who cut in and slotted home with help from the post just over the hour mark.

After the goal it was all Fleetwood with a number of successive chances, Burns always a constant threat down the right as he pulled the ball back to Biggins but his effort was blocked.

The Dons replied just short of half an hour later as Brown followed in on his original effort from Cairns’ parry.

The spoils were then shared on the Fylde Coast as neither side could find the difference they needed for the winner. 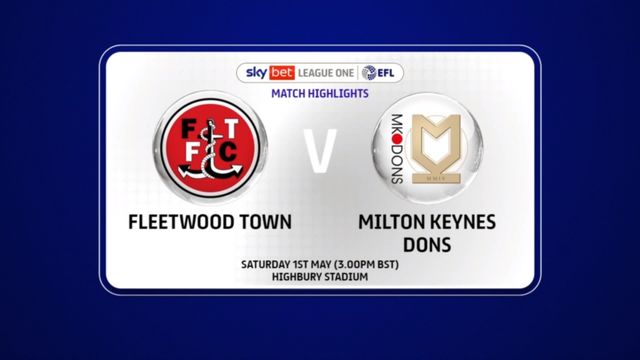 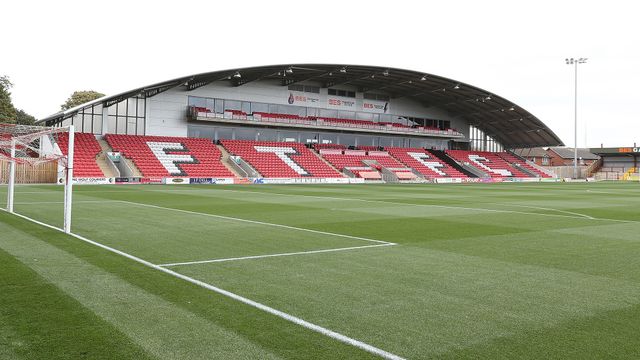