Fleetwood Town face Oxford United on Saturday 30 January at Kassam Stadium in Sky Bet League One, and we have all you need to know ahead of the 3pm kick-off in our match preview.

Town are looking to build on their recent form on Saturday, as the side has managed to keep two clean sheets in a row.

In the last game, Fleetwood created chances throughout their game against Northampton Town and looked the most likely to break the deadlock but couldn’t seem to find a way past Jonathan Mitchell between the sticks in the Cobblers goal, with the game finishing 0-0 at Highbury.

The time before that, Town’s Lancashire derby against Wigan Athletic ended in a goalless draw on a cold Saturday afternoon at the DW Stadium. It was a game dominated by Fleetwood chances but they saw no reward for the hard work and persistence shown as the points were shared. 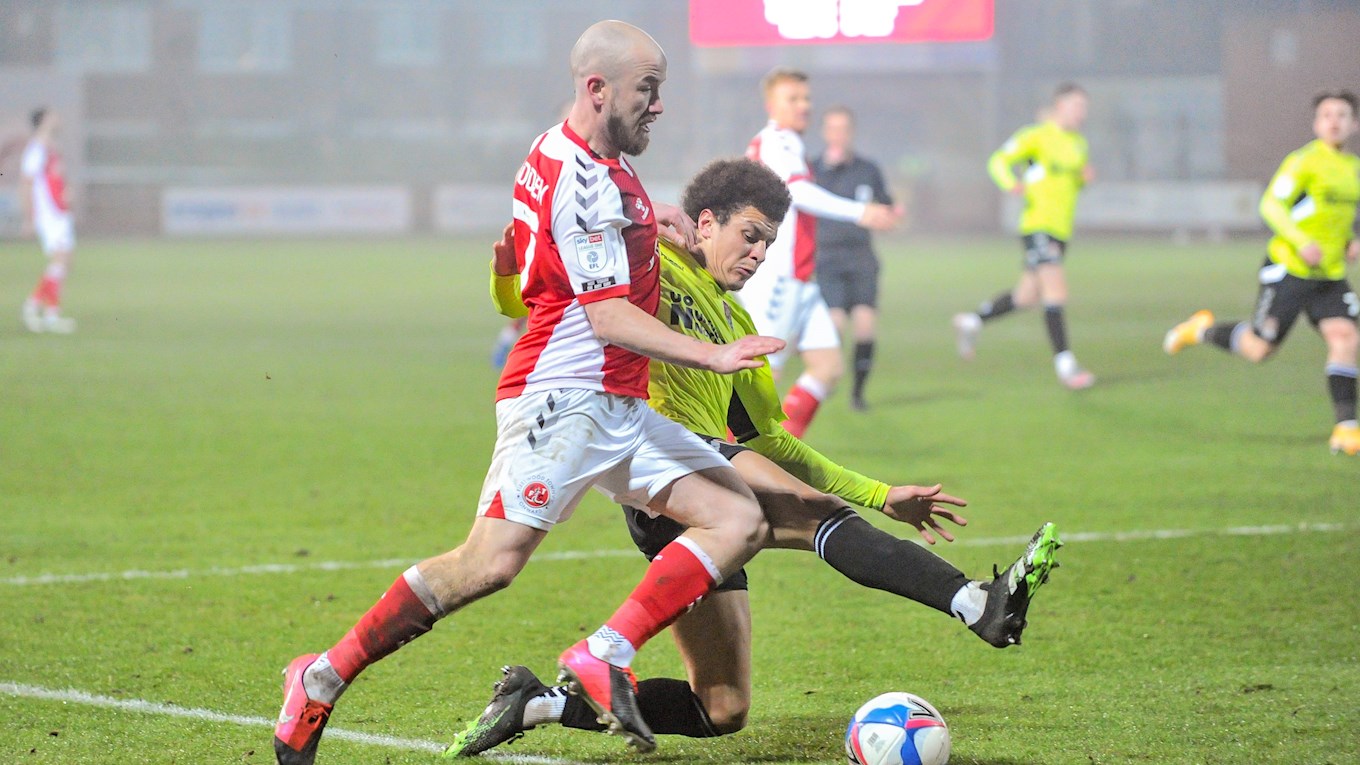 Karl Robinson’s side are currently sitting in mid-table in League One, as they will look to continue their 11-game unbeaten streak.

It was a goal-fest in their last outing, which saw them travel to the Crown Oil Arena on Tuesday evening and beat Rochdale 4-3. Dan Agyei opened the scoring for the U’s, with Elliot Moor, James Henry and Olamide Shopido adding to that before the final whilst.

In their last game at home, it was a Matty Taylor brace which was the difference on the day as they beat Bristol Rovers 2-0. The game was evenly matched throughout but the clinical nature of Taylor shone through, as he scored the only goals in the game. 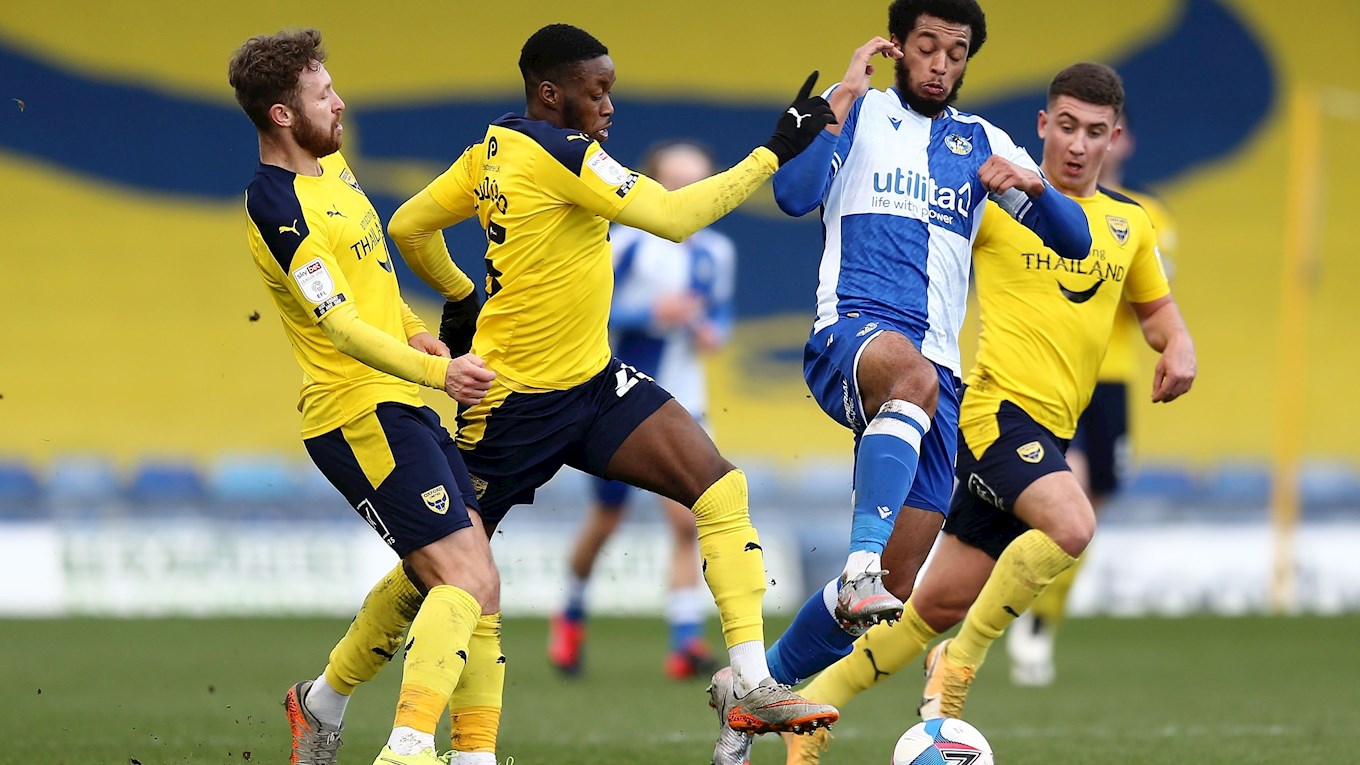 ONE TO WATCH: MATTY TAYLOR

Taylor started his career at Oxford, he made the move to Forest Green Rovers and managed to score 22 goals in his three-year spell at the club but then moved on to Bristol Rovers.

Taylor impressed in his time at Bristol Rovers as he scored 20 goals in their Conference Premier promotion season, including one in each of the play-off semi-finals. The season after, he carried on his form as he went on to outscore every player in the Football League, bagging 27 that season.

In 2019, the forward moved back home on loan and carried on his impeccable scoring form as he finished the COVID-19 stricken 2019/20 season as League One top scorer, with 13 in the league and 17 overall. Taylor has since joined the club permanently and has scored eleven goals in the league so far this season. 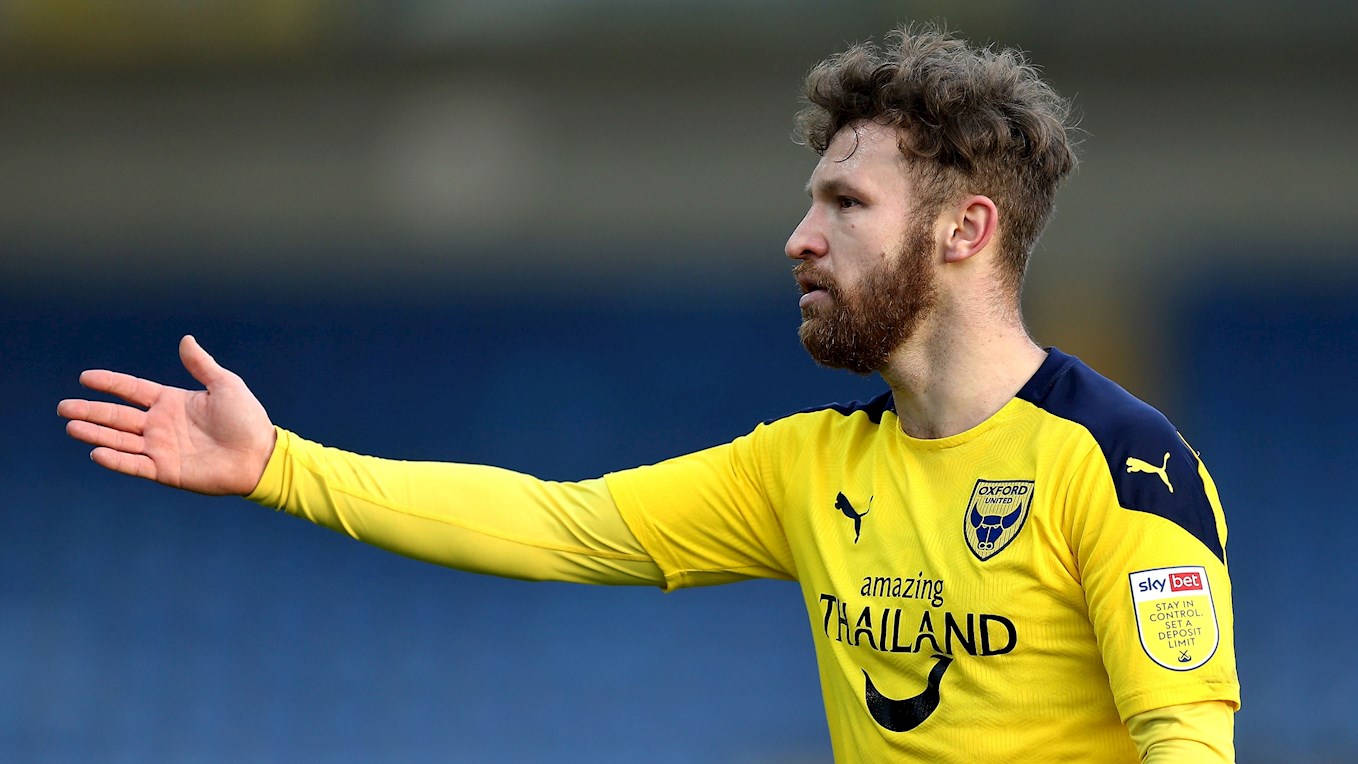 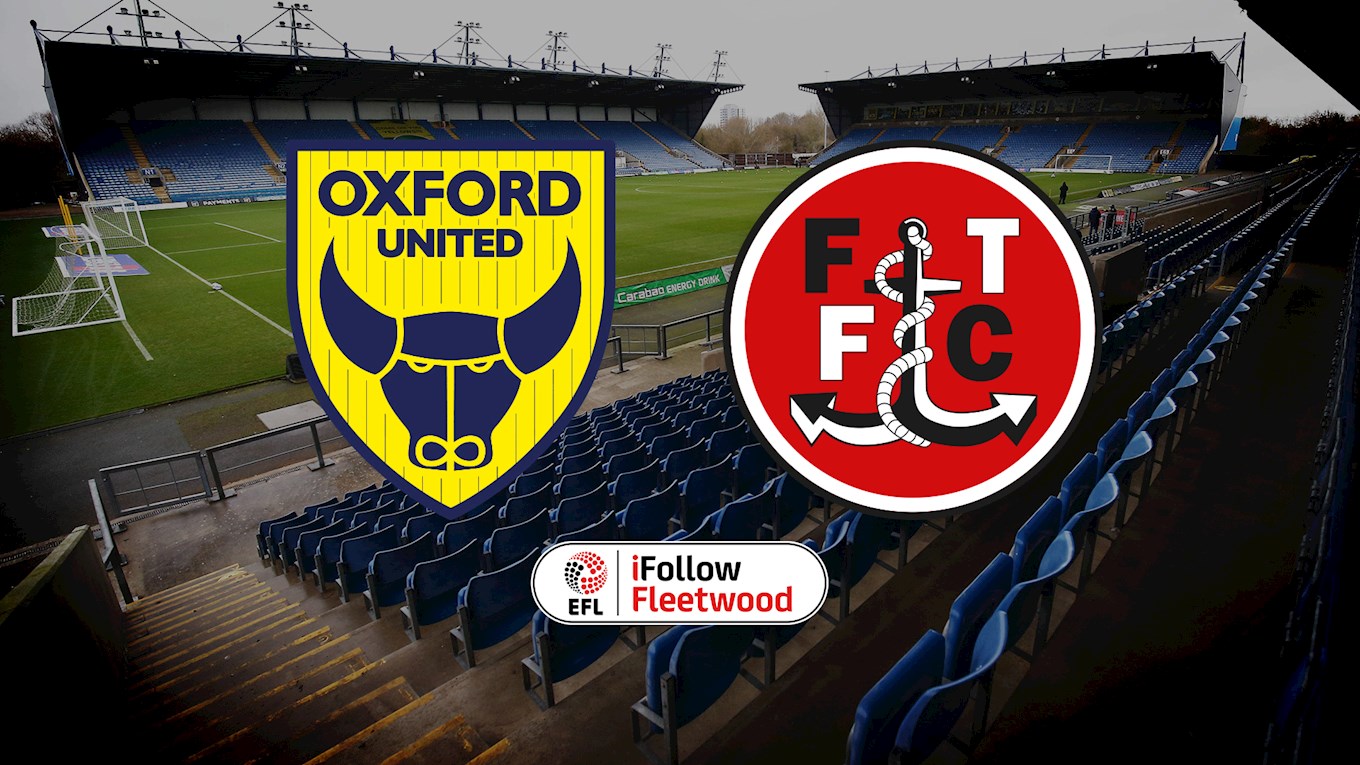 Fleetwood Town fell to a 1-0 defeat to Oxford United at the Kassam Stadium on a brisk Saturday afternoon.

Fleetwood had the cards stacked in the game as Charlie Mulgrew received a red card after bringing Matty Taylor down as the last man early on in the game. The home side then took the lead through full-back Josh Ruffels and, even though Town pressed, they were unable to forge a comeback.

Fleetwood came close within the opening minutes when Kyle Vassell’s cross into the six-yard box was almost met by Paddy Madden, but it was just out of his reach and Oxford goalkeeper Jack Stevens was able to collect the ball.

At the other end, Mulgrew brought down Taylor in an attempt to prevent a counterattack. He was penalised for his sliding challenge and received a red card.

The hosts almost opened the scoring when Liam Kelly received the ball on the right-hand side and picked out James Henry inside the area. His strike called Alex Cairns into action for the first time, who pulled off a smart reaction to push the ball onto the crossbar.

Oxford opened the scoring just before the half-hour mark. Kelly’s deep corner was helped back into the area by Elliot Moore before Ruffels got the final touch to head home past Cairns.

The yellows forged another chance just before the break. Sam Long’s low cross into the box found Taylor who saw his strike blocked from close range. The onrushing Callum Connolly was in the way of Cameron Brannagan’s follow up effort.

The hosts had the first chance of the second half when Long carried the ball forward on the right flank. The Oxford full-back picked out Taylor at the near post but his effort didn’t find the target.

Brannagan came close to doubling his side’s lead when he received the ball from Long on the edge of the area. His optimistic effort struck the crossbar and bounced behind for a goal kick.

Fleetwood almost levelled the score against the run of play when Mark Duffy’s corner picked out Connolly at the back post, his header back across goal found Harrison Holgate who was denied by the feet of the Oxford goalkeeper.

The Cod Army continued to put pressure on the Yellows when Duffy’s looping freekick troubled Stevens who could only push the ball clear of his six-yard box, but no Fleetwood bodies were able to capitalise.

The hosts almost added to their tally when Taylor slid the ball through to Winnall whose shot struck the post. The rebound fell to substitute Dan Agyei whose shot was smothered by the approaching Fleetwood defenders. 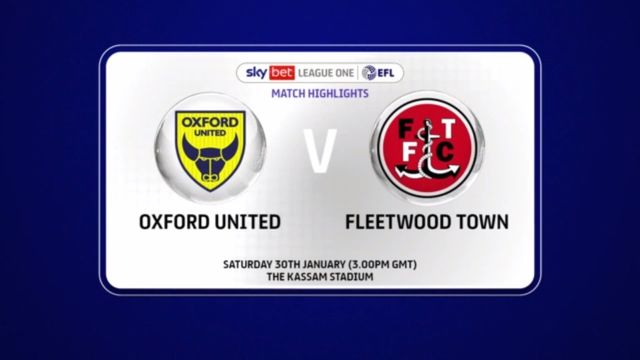 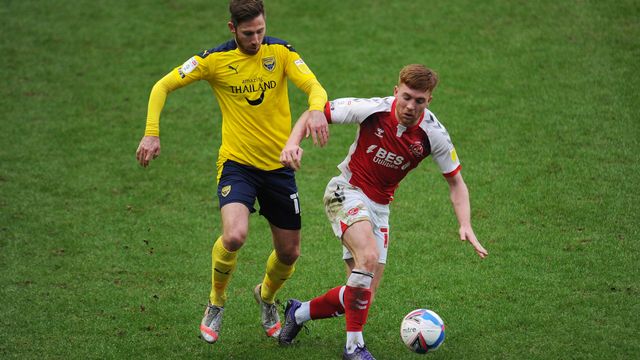