Fleetwood Town face Doncaster Rovers on Tuesday 9 February at Highbury Stadium in Sky Bet League One, and we have all you need to know ahead of the 7:45pm kick-off in our match preview.

Town are set to play their second game at Highbury in four days as Simon Grayson looks to grab his first win in charge.

In the last game, Town played out a goalless draw with Bristol Rovers. They started out the better side, creating multiple chances but none that were able to get past goalkeeper Joe Day. The visitors then grew into the game, forcing a couple of saves from Alex Cairns, but he kept them out and secured another clean sheet.

In the game before that, Fleetwood lost 1-0 to Oxford United at the Kassam Stadium. Charlie Mulgrew received a red card after bringing Matty Taylor down as the last man early in the game, and soon after, the home side then took the lead through full-back Josh Ruffels. 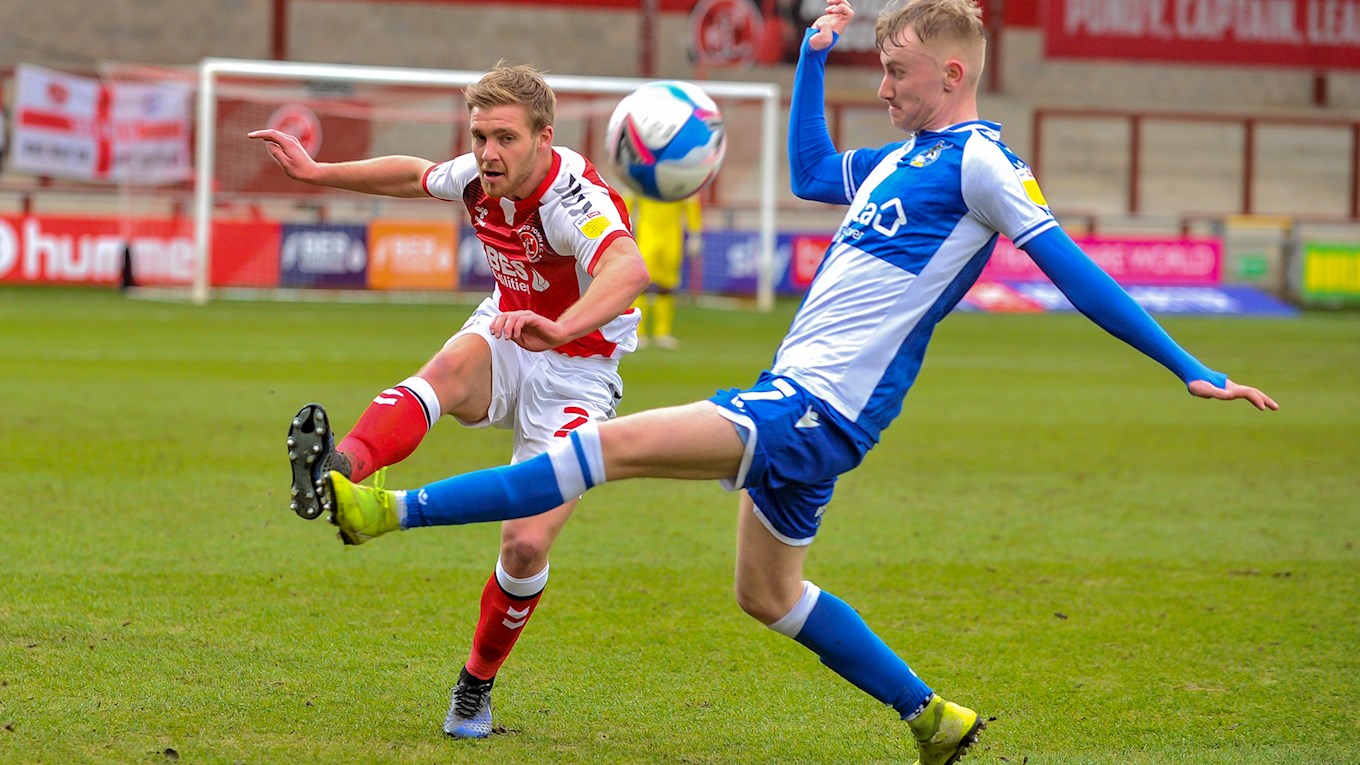 Doncaster head into the clash at Highbury on the back of three straight league wins, with their last loss coming in the FA Cup against Premier League side, West Ham United.

Their last game was at the Keepmoat and it ended up being a five-goal thriller against Oxford United. Jon Taylor opened the scoring at the half-hour mark but was quickly cancelled out by a Sam Long strike. Fejiri Okenabirhie and Taylor Richards added to Donny’s tally on the day and, with those goals, they secured all three points.

A week before that Oxford win, they faced a tough challenge against top-of-the-table, Lincoln City. The Imps seemed to control the possession in the game and even though they managed to create more opportunities, it was Doncaster who were clinical and scored the only goal on the night through Taylor Richards. 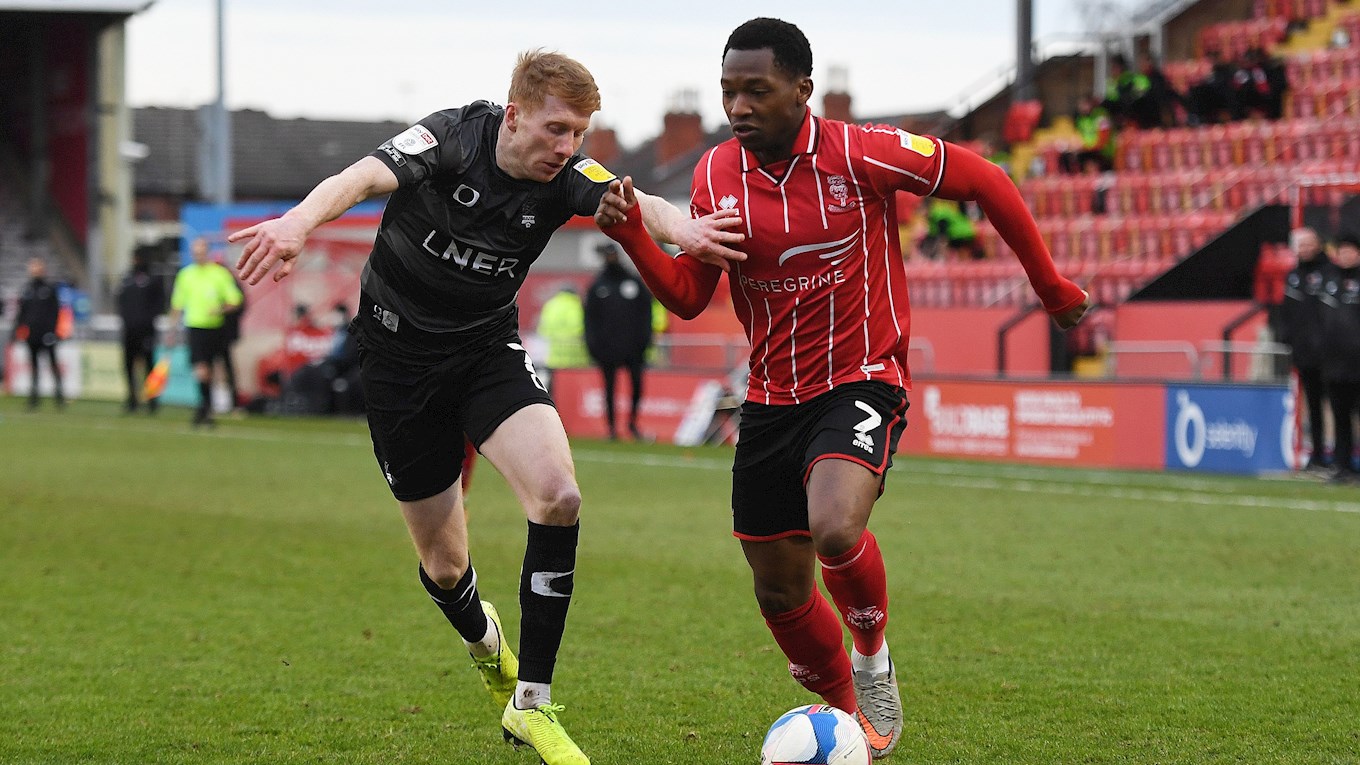 One to watch from Doncaster is forward, Fejiri Okenabirhie. The 24-year-old is currently the top scorer for Donny this season, having already managed eight goals.

The Hendon-born forward made his debut in a defeat to Bristol City in 2014, but most of his time at the Boro was spent on loan at clubs like Farnborough, Cambridge City and Royston Town, before moving on to Harrow Borough in November 2015.

He had a successful stint at the Isthmian League Premier Division side, scoring eight goals in 30 games, and he caught the attention on Dagenham & Redbridge and signed a two-year deal there. Okenabirhie carried on his goal scoring form at Dagenham, as he nagged 19 goals in his two years there and he managed to earn a move to League One side, Shrewsbury Town.

He made his debut for the club on the opening day of the season, and it only took eight appearances to open his goal tally, which came in a 6-0 win over Tranmere Rovers. The forward would score 12 goals in his time there and would move onto Doncaster in 2020. Since moving to Donny, Okenabirhie had scored 13 goals in 35 appearances. 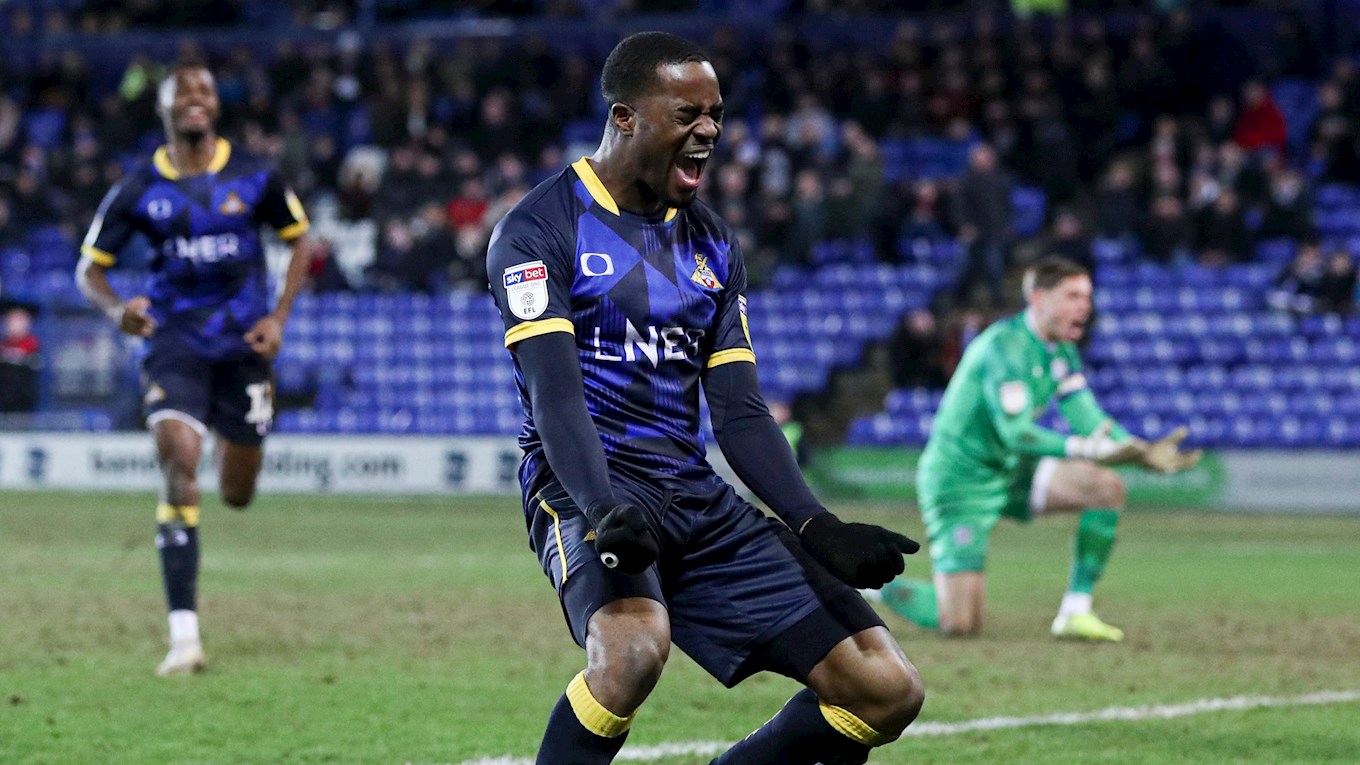 Simon Grayson's side are set to face Doncaster in a league clash at Highbury on Tuesday and you can watch the game for just £10! 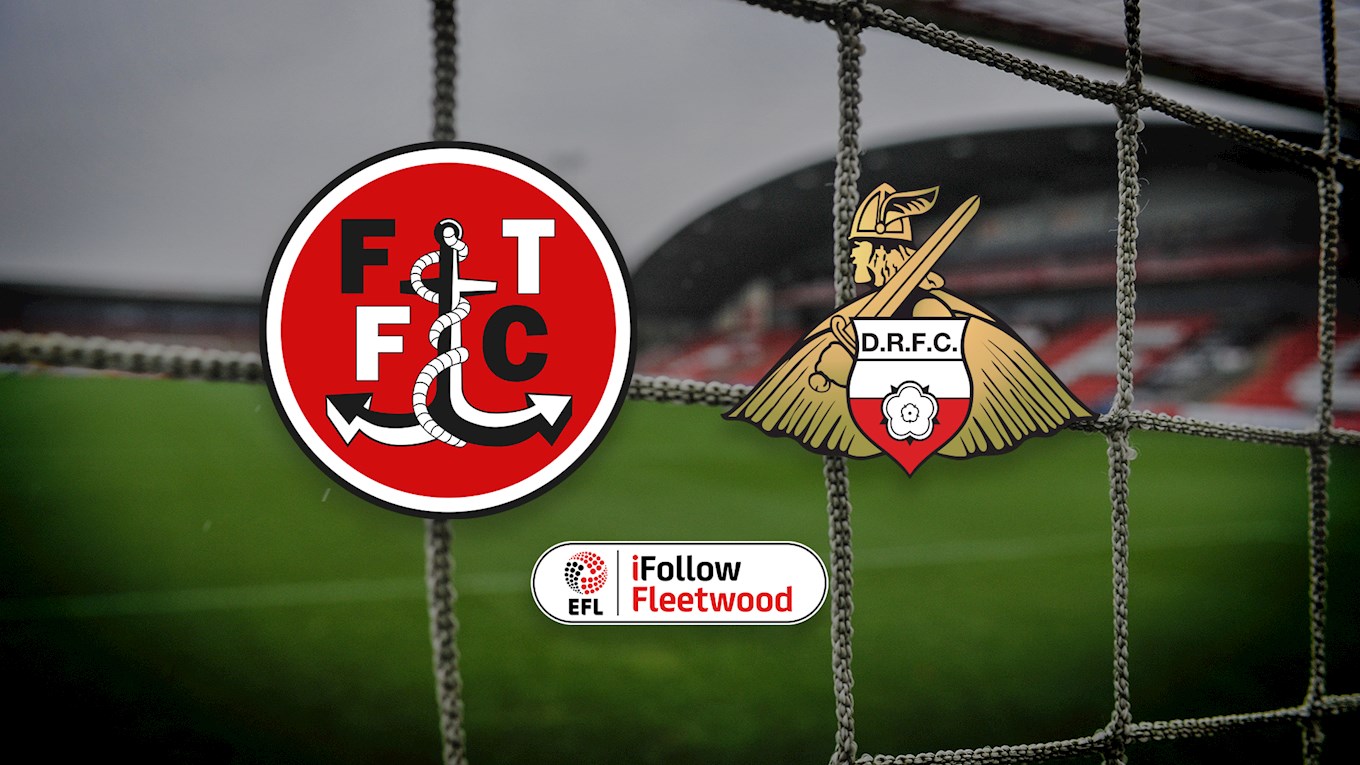 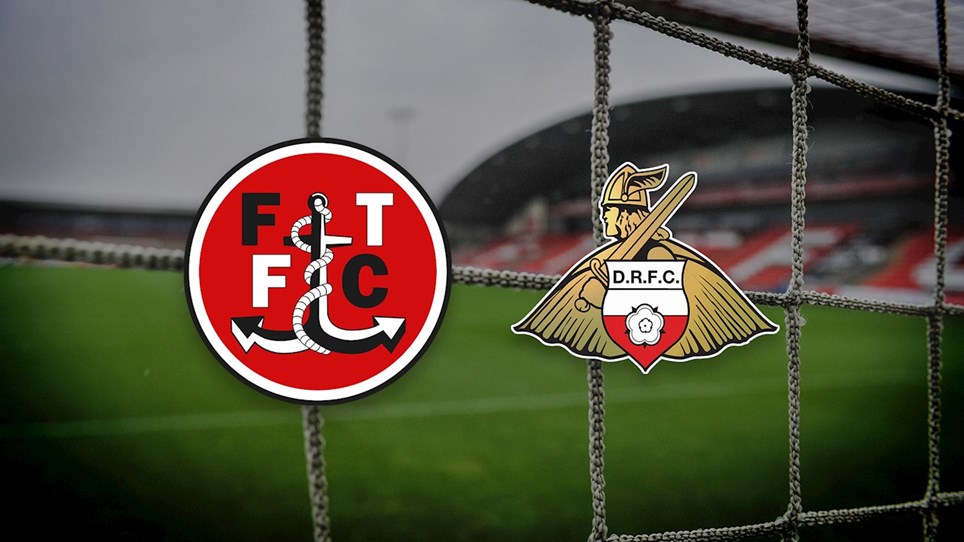 
Fleetwood Town can confirm that our home Sky Bet League One clash against Doncaster Rovers has been rearranged.


Fleetwood Town’s Sky Bet League One match with Doncaster Rovers has been postponed.

Fleetwood Town are back to winning ways after beating Doncaster Rovers 3-1 at Highbury Stadium on Tuesday night.

Doncaster took the lead seven minutes into the game as Lokilo picked up the ball and dribbled down the right wing. He cut inside and decided to drive his shot low, which beat Alex Cairns at his near post.

Town then went on the attack and created multiple chances. The first started with Vassell, who played the ball into the Doncaster area, but it was deflected out for a corner. Soon after, Daniel Batty whipped in a cross towards Charlie Mulgrew, whose header is blocked by the Donny defence.

At the 15-minute mark, Doncaster were forced into an early substitution as Tom Anderson clashed heads with Callum Connolly from a Town corner and was replaced by Joe Wright.

Andrew almost found the equaliser for Fleetwood from the edge of the Donny box five minutes later when the ball was cleared to him, he managed to get past his man, but his effort just curled wide of the far post.

They would go close again in the 26th minute as Andrew ran past his man, with a burst of pace, aimed a cross into the near post towards Vassell, but the goalkeeper was able to get there first.

Callum Camps was next to have an attempt on goal, after receiving the ball from Paddy Madden 35-yards out. He took a touch to get the ball out of his feet, but his audacious attempt from range went well wide of the target.

With eight minutes to go in the first half, Jordan Rossiter played the ball to Charlie Mulgrew, who ventured forward from the back line, but the Scotsman’s strike went just wide of Ellery Balcombe’s goal.

A couple of minutes later, Vassell beat his man on the edge of the Doncaster area, and struck the ball towards goal with his left-foot, but his effort was saved by the goalkeeper and cleared soon after.

Rovers had the last chance of the half and they forced Cairns into a brilliant diving save. Wright got on the end of Matt Smith’s delivery from a free-kick, with his effort being matched by Town’s goalkeeper. That was whipped in by Lokilo but they couldn’t turn it in at the back post.

Town started the second half as the better team. Madden has a snapshot, which had to be saved by Balcombe. The ‘keeper could only push it out to Rossiter, but his strike from rage didn’t trouble the Doncaster defence.

Town finally broke through as Mulgrew played the ball towards Holgate at the back post from a corner, who headed it back across goal where Vassell was able to strike the ball into the bottom-left corner of the net.

The comeback was complete five minutes later as Madden reacted well to a loose pass from the Doncaster goalkeeper, he took the ball past Balcombe and calmly placed the ball into the net.

Doncaster then went on the front foot trying to get back level and it was Andrew who managed to get in the way of their eventual effort and put it out for a corner. They crossed the ball in from the set-piece and Madden was there to head it clear.

A great performance was topped off by an amazing strike from Andrew late on in the game as Mulgrew’s corner was headed clear, only to the left-back  on the edge of the box, who moved the ball onto his weak foot and curled the ball into the top corner, securing all three points for Fleetwood.


Fleetwood Town can confirm that our home Sky Bet League One clash against Doncaster Rovers has been rearranged.


Fleetwood Town’s Sky Bet League One match with Doncaster Rovers has been postponed. 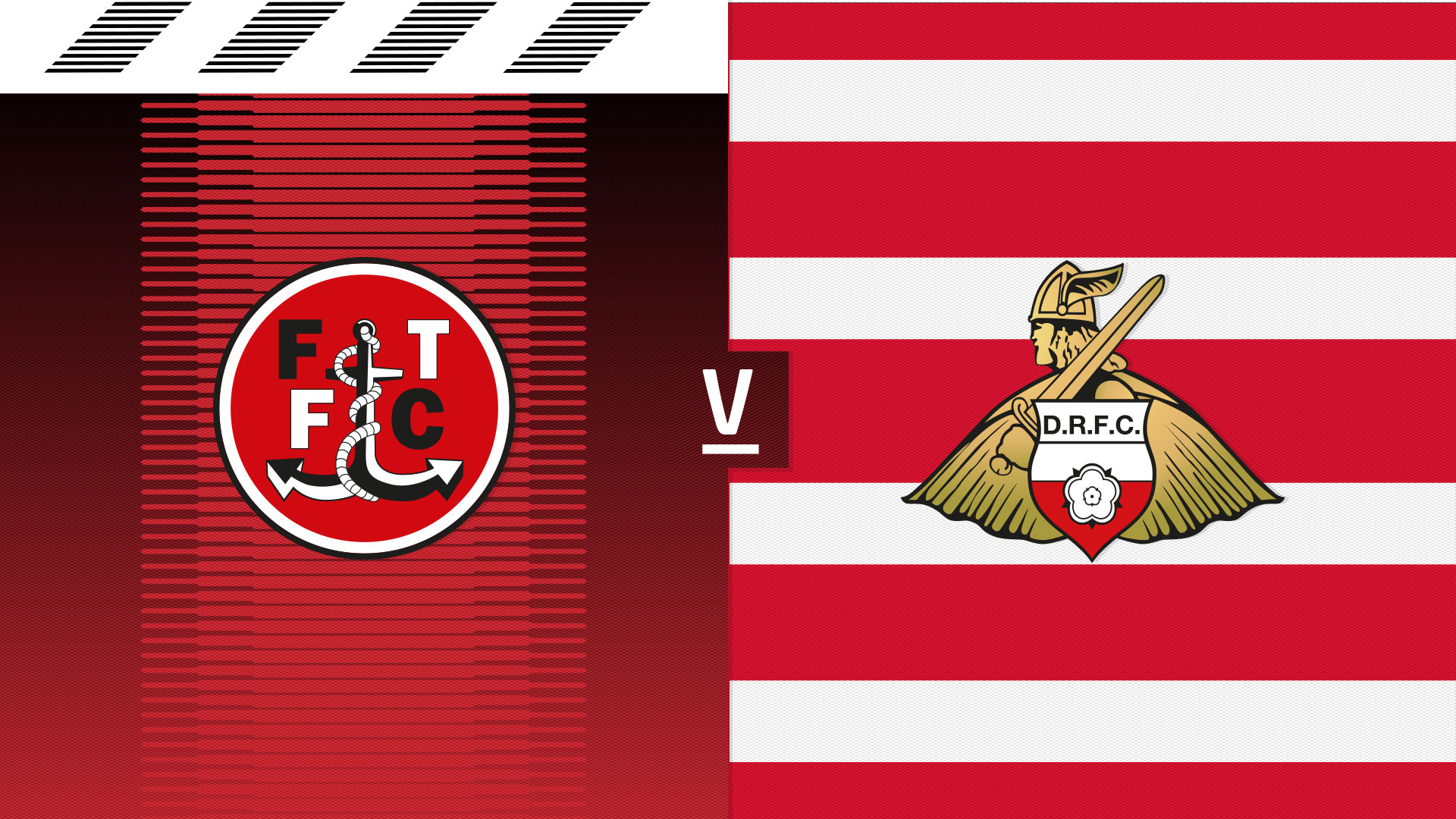 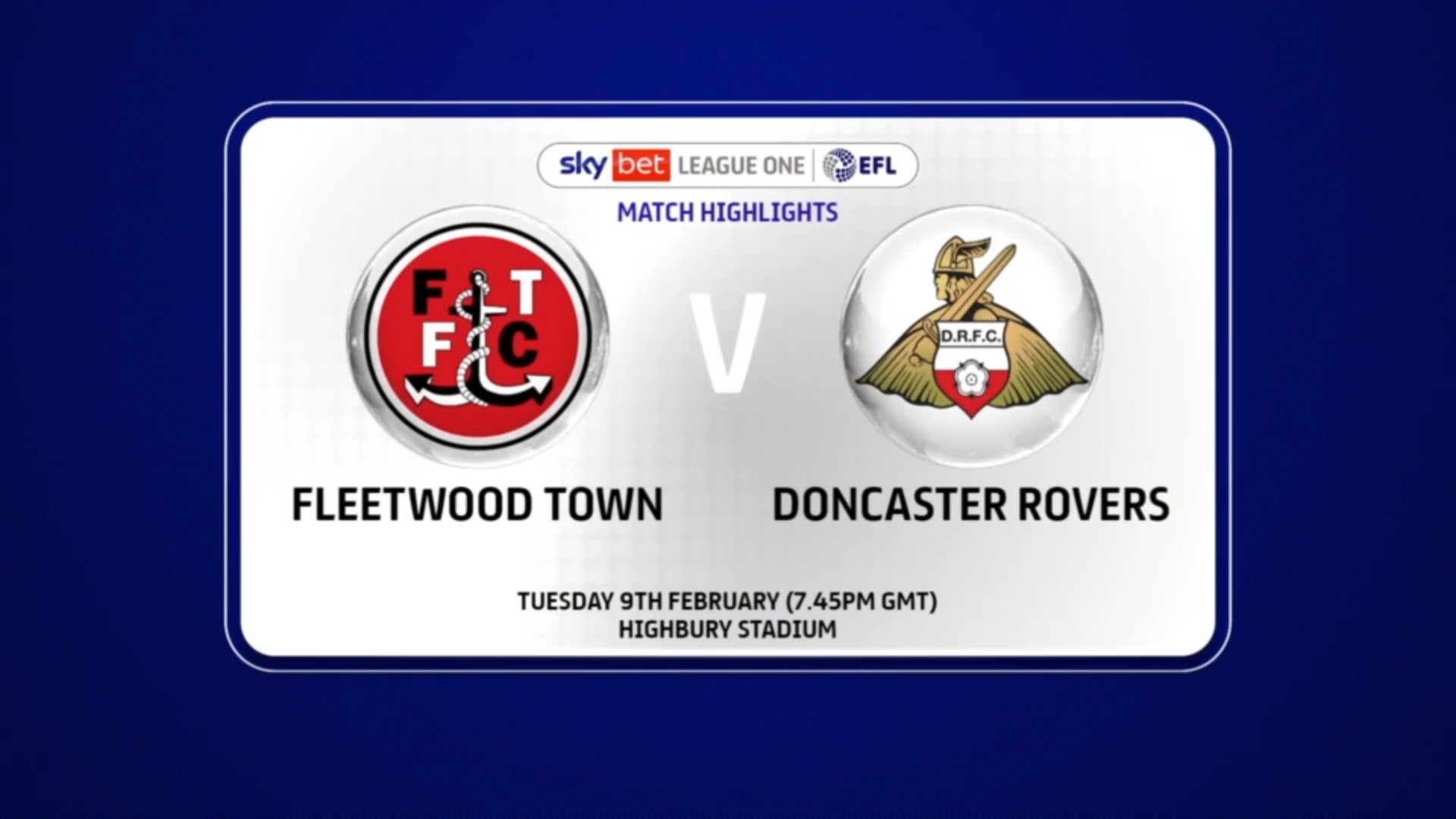 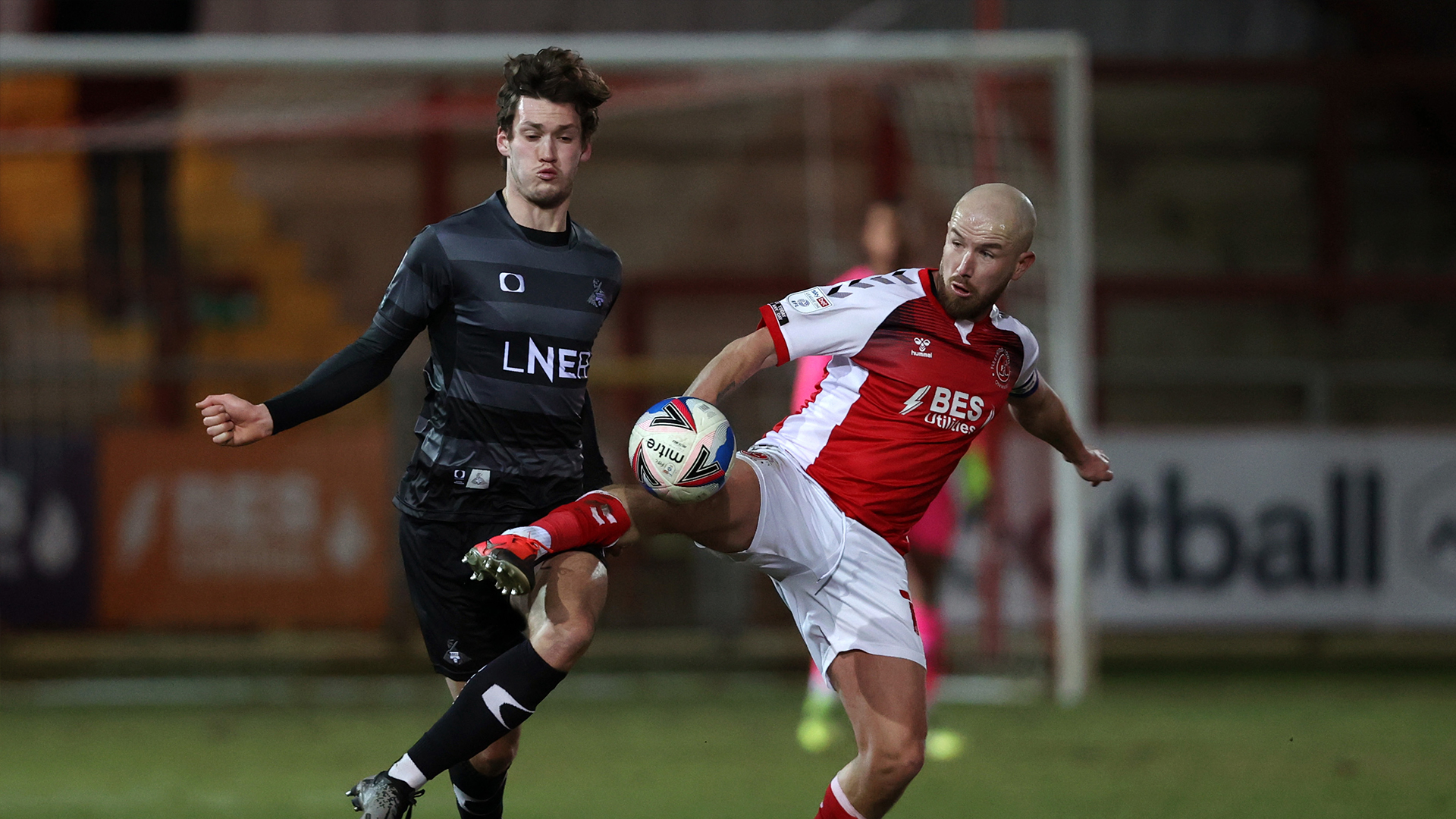