Fleetwood Town welcome Tranmere Rovers to Highbury Stadium on Saturday 23 November, and we have all you need to know ahead of the 3pm kick-off on the Fylde Coast.

THE MAN IN THE MIDDLE

Josh Smith is the man in charge of Saturday’s encounter against Tranmere Rovers.

The physical education and mathematics teacher achieved promotion to the EFL as a referee at the beginning of this season, and this will be his third match as a League One referee, with most of his fixtures lying in League Two.

Assisting the joint youngest EFL referee will be Richard Barlett and Peter Gooch, with Danny Gratton named as the Fourth Official. 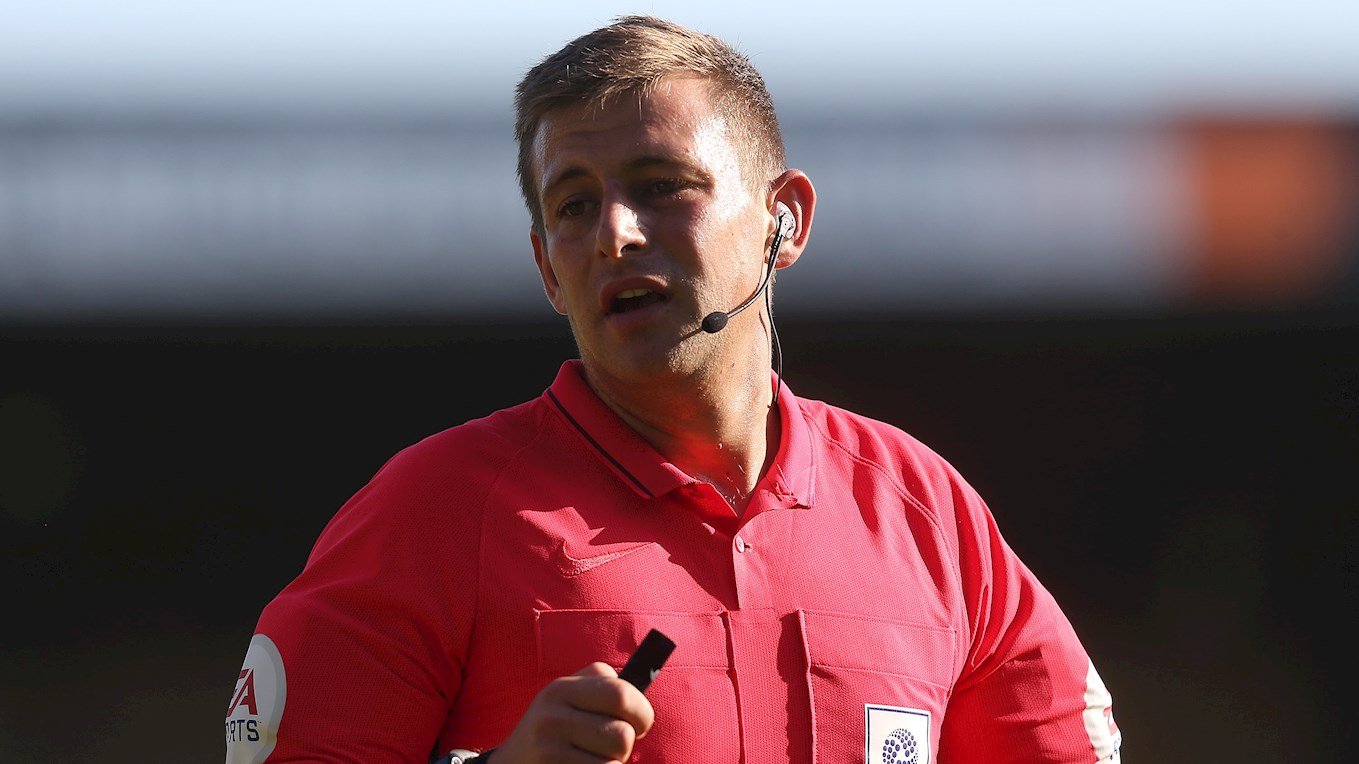 Fleetwood sit in 8th position in the table ahead of this weekend’s match, although they do have games in hand on the teams above them. With no match action for the hosts last weekend due to the international break, the last time that Joey Barton’s men were in action was the 5-2 thrashing of Oldham Athletic in the EFL Trophy, last Wednesday.

The Cod Army’s home form is one of the best in the league, with just one defeat at Highbury this season, against Ipswich Town, the only teams to better that are Wycombe Wanderers, and Coventry City.

Barton will have a full complement to select from on Saturday, after the players have been able to “recharge their batteries” ahead of tomorrow’s match. 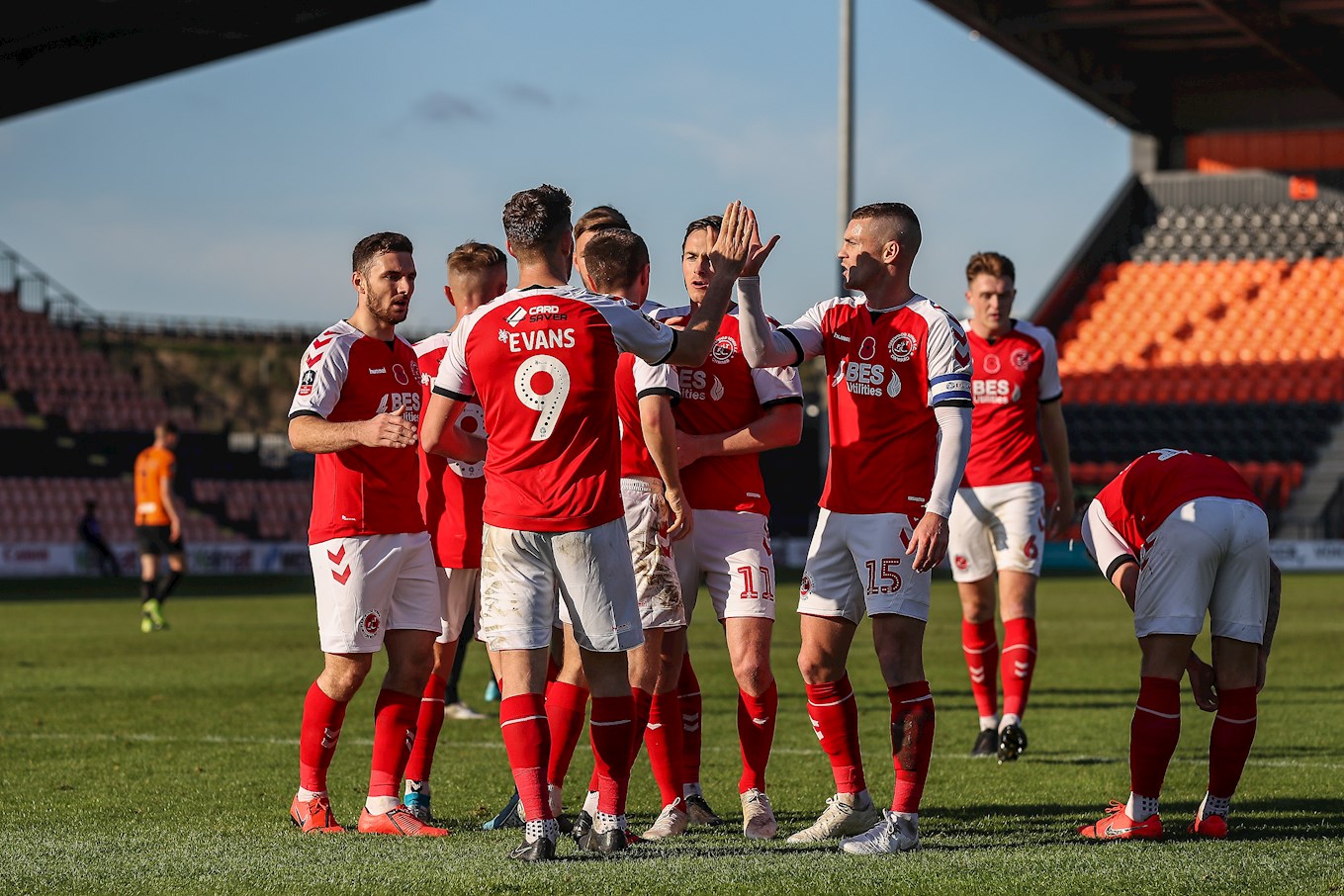 Tranmere Rovers come into this encounter sitting in 18th position after last weekend’s fixtures, which involved them losing to top of the league, Wycombe Wanderers at Prenton Park.

With back-to-back promotions already ticked off, Rovers’ fans were very optimistic heading into this season and all things considered, it has not been a bad start for Micky Mellon & his side.

Although Tranmere will come into this fixture with a lot of confidence after the performance against Wycombe, 210 minutes of football has been played by the visitors in seven days, while Town have had more time to rest and recover.

Liam Ridehalgh was the latest man to join the side-lines after fracturing his foot last weekend against Wycombe Wanderers. However he may feature if his late fitness test is successful. Other players on the injury list include, Mark Ellis (knee), Evan Gumbs (knee), Ollie Banks (knee), Harvey Gilmour (knee), Ishmael Miller (hamstring) and Jordan Ponticelli. 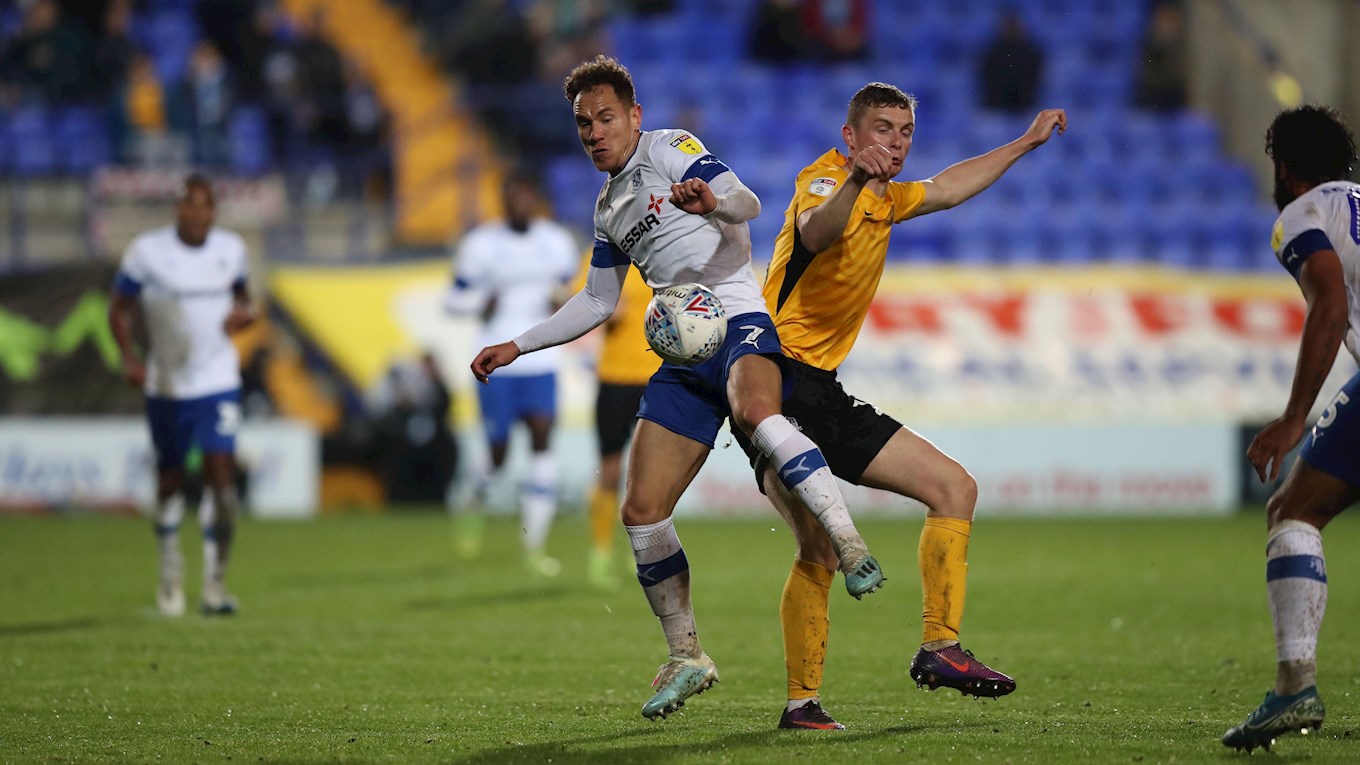 One to watch for the visitors this weekend is Scott Davies – who was at Fleetwood for five years - has been instrumental in the success period for Micky Mellon over the past two seasons. ]Kieron Morris is another player who Town fans will want to keep their eye on. The midfielder has shown what he has to offer so far this campaign, and after scoring three goals in 21 matches. 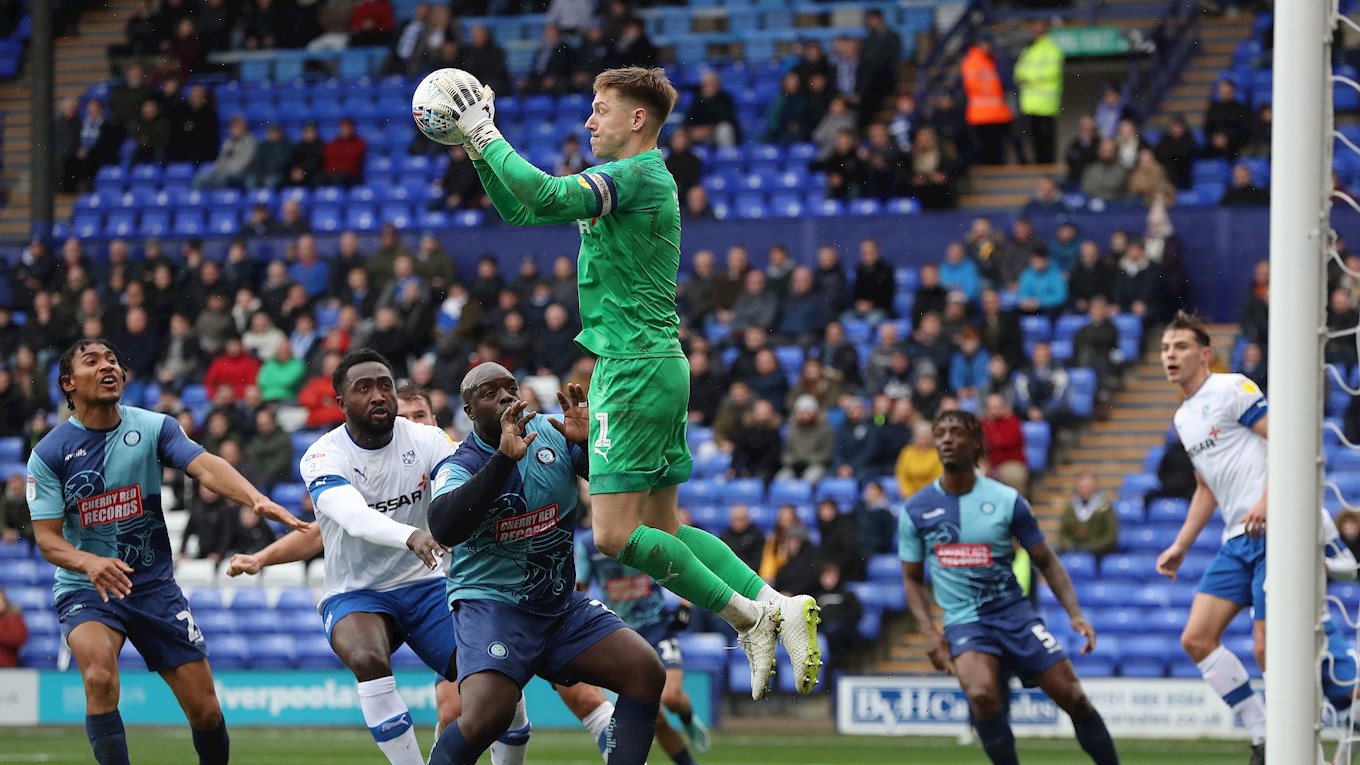 Fleetwood Town head coach Joey Barton was on media duty ahead of the match against Micky Mellon’s Tranmere Rovers, and here is what he had to say:

“We are heading into a block now on the back of November, December and then the festive period with the games coming thick and fast. We have six or seven games ahead with maybe one more to schedule in.

“We wanted to make sure that we recharged the batteries, and now the lads are chomping at the bit to get into games and we are looking forward to getting back to business against Tranmere at home on Saturday.” 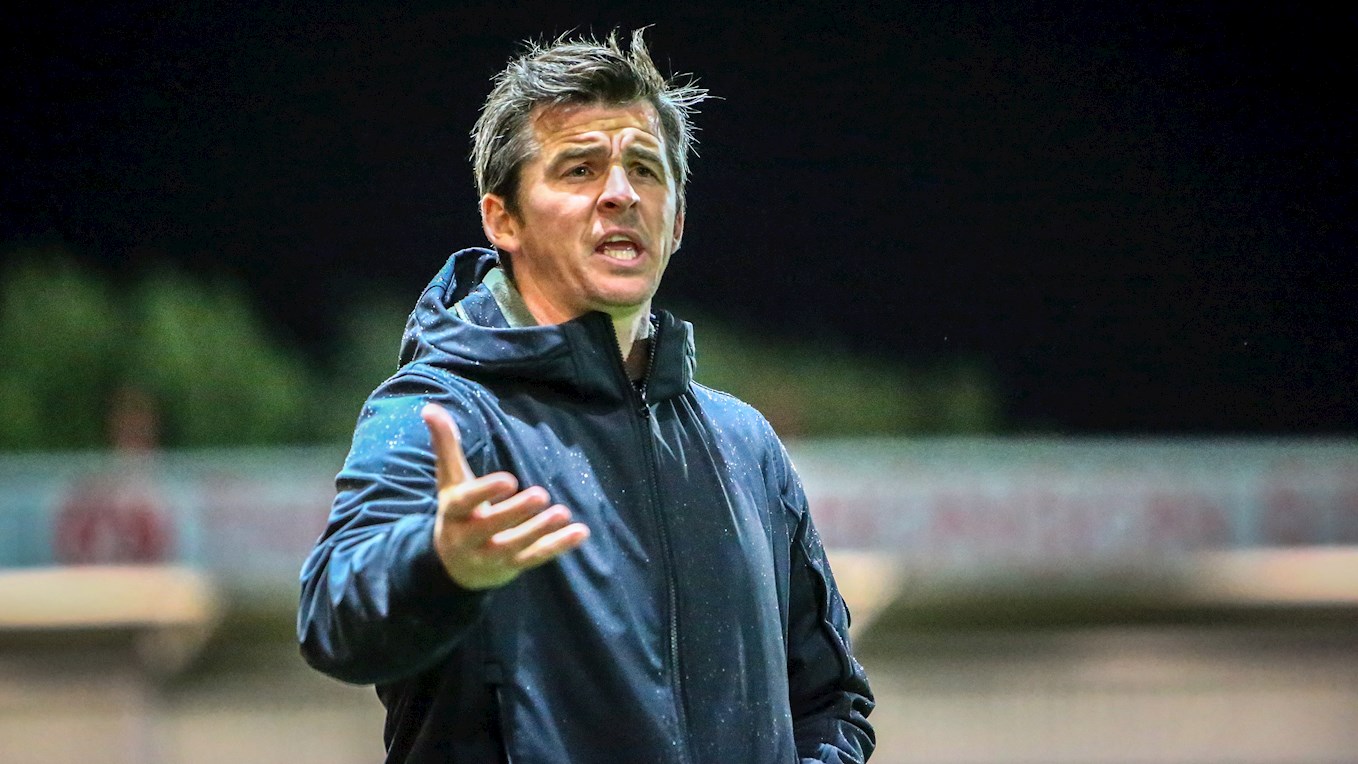 After two cup victories, the Cod Army are back in league action on Saturday against Tranmere Rovers in the North West clash, and you can be a part of it!

Adults tickets start from just £24, Seniors £19 and Under 16s from £9! You don't want to miss this one, so get your hands on your tickets now!

Tickets are available to purchase online, in person at the Highbury Stadium club shop or by calling 01253 775080. 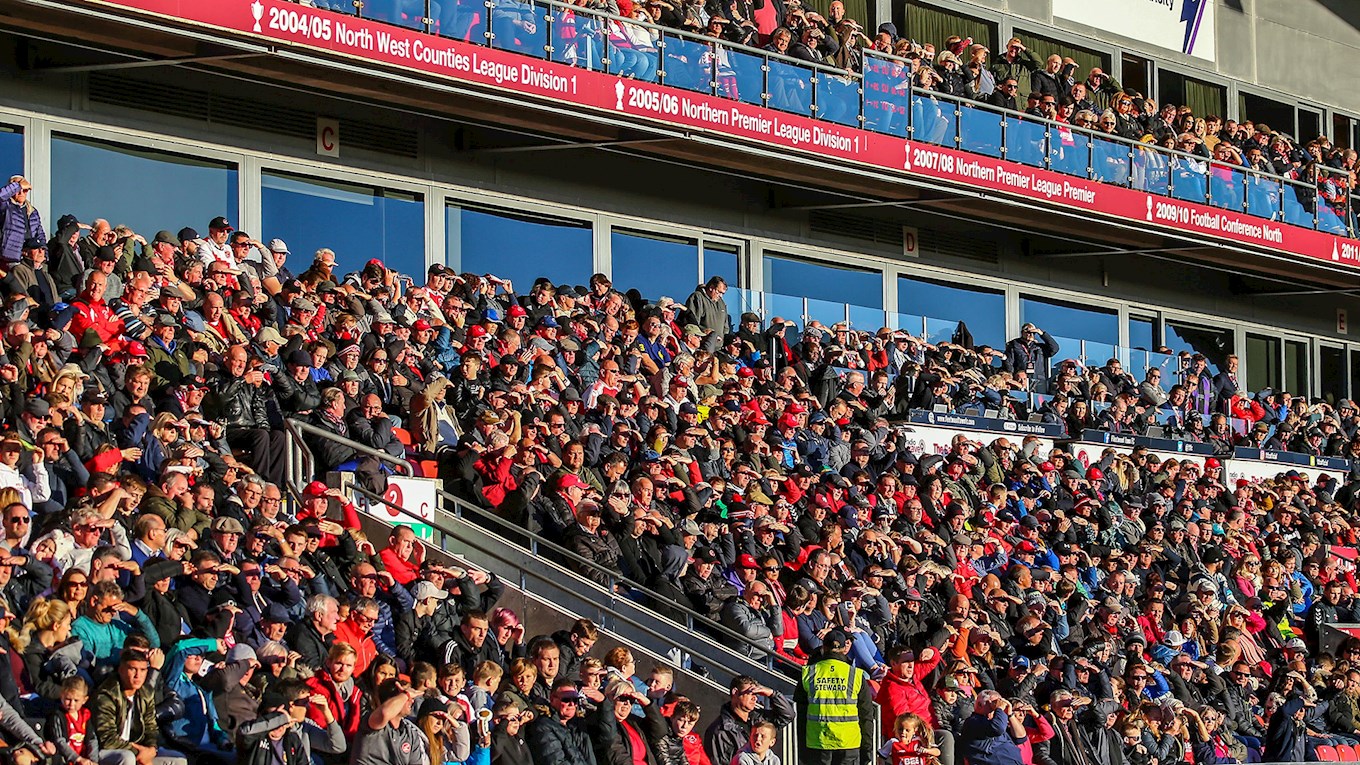 For Fleetwood to return to league action with a win on Saturday you can get odds of 8/15 while you can get a draw at 3/1.

For Joey Barton’s side to win & both teams to score at Highbury, it’s an incredible 11/4.

For Paddy Madden to get the Cod Army off to a flyer, you can get odds of 3/1 for the forward to strike first! 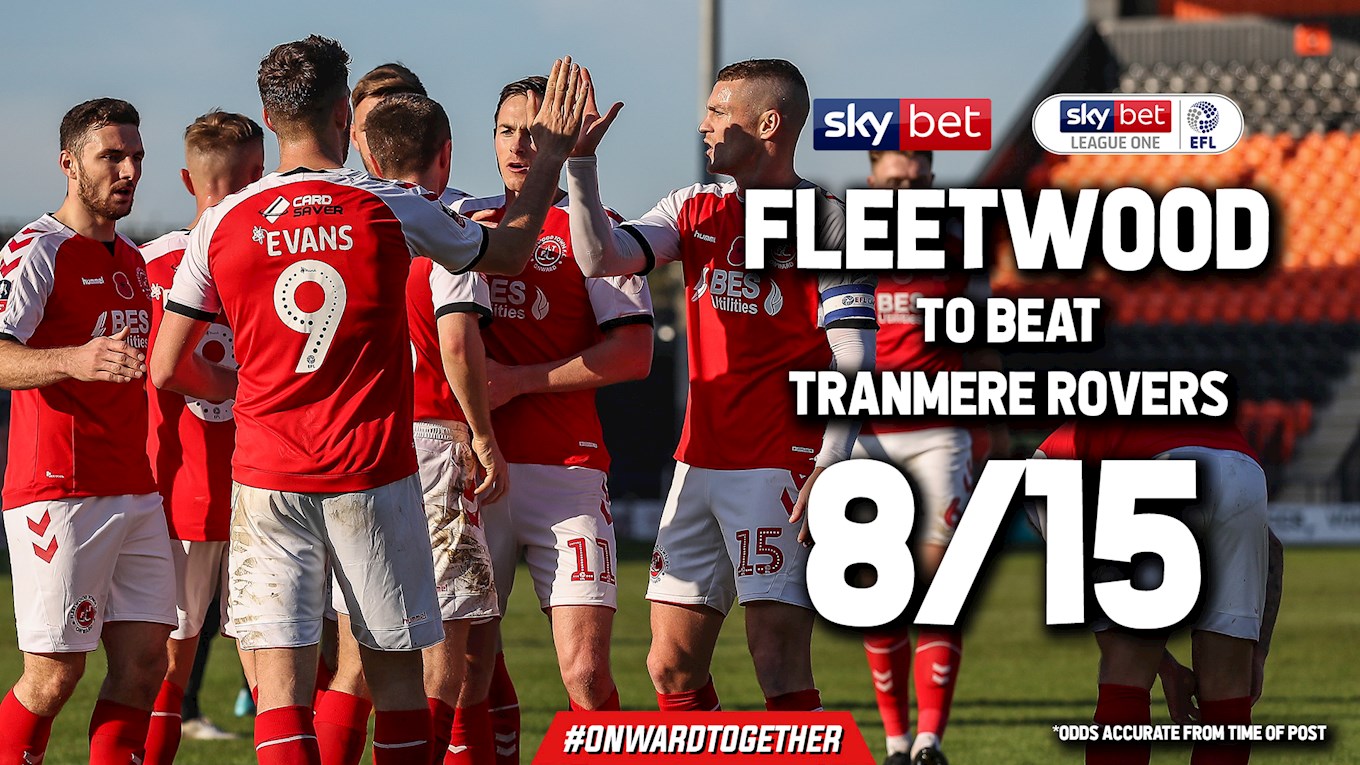 Fans overseas will be able to watch the game for £10, with those based in the United Kingdom will only have access to the Audio Match Pass, which will cost just £2.50

For more details, head over to the iFollow subscription page. 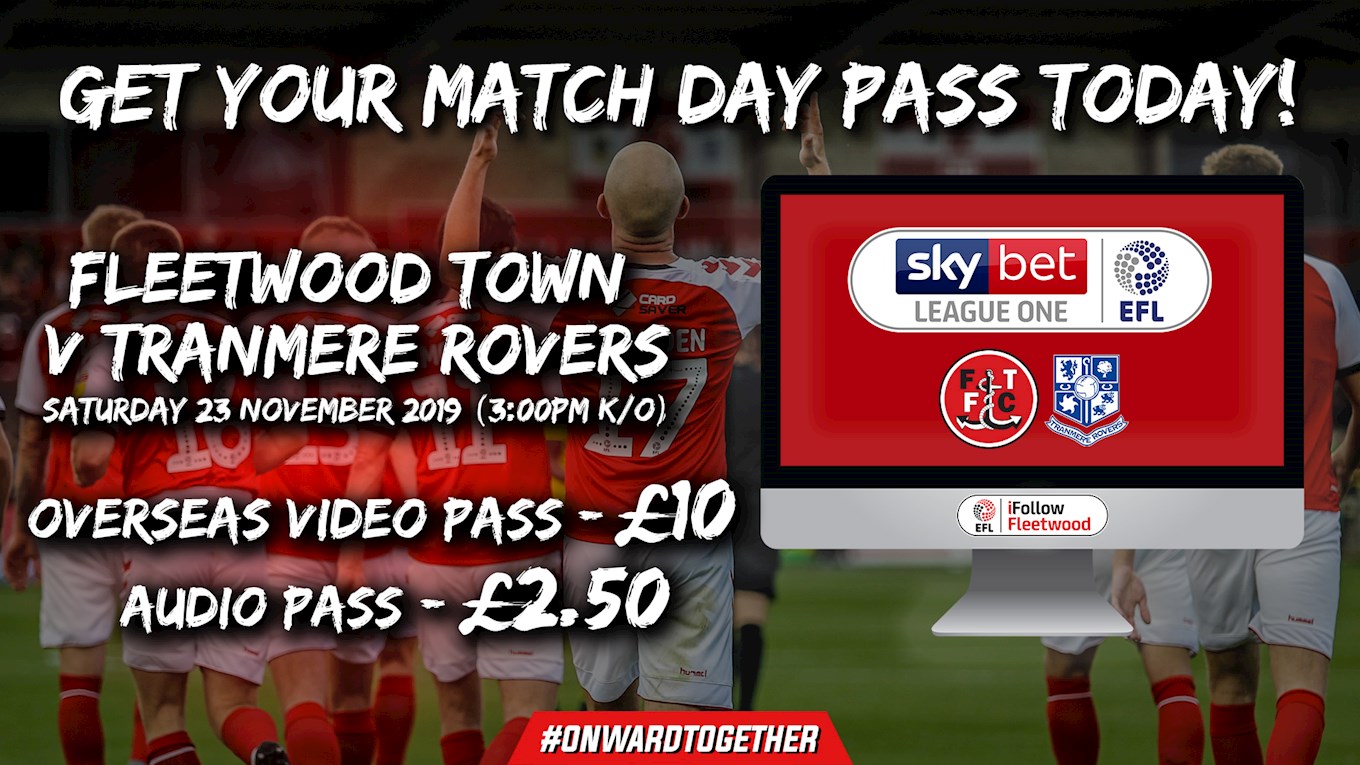 Fleetwood Town fought hard from start to the finish to claim another home win after claiming a 2-1 victory over Micky Mellon’s Tranmere Rovers at Highbury Stadium on Saturday.

A superb free-kick from Josh Morris and a composed second half strike from Paddy Madden made it seven home wins this season for Joey Barton’s side.

The match was end to end in the final stages, and with the visitors showing attacking intent, it Paul Mullin poked the ball past Billy Crellin to make it a nervy ending to the match at Highbury.

There was a special moment for Town’s 19-year-old goalkeeper Crellin - who made his EFL debut for the club, whilst also claiming the Man of the Match award.

The visitors had the first chances in the match and came out of the blocks quickly, but Fleetwood held strong at the back with Ashley Eastham and Harry Souttar starting well.

Rushian Hepburn Murphy showed trickery to get inside the Fleetwood box, but the danger was ushered away by Danny Andrew and Souttar at the far post.

Tranmere soon had their second opportunity, and this time it was Morgan Ferrier who managed to get a shot away on target, but Souttar denied him with a brilliant last ditch tackle.

After 15 minutes, Town took the lead in the match after a stunning free-kick from Morris – who whipped it around the wall and into the far corner past former Fleetwood 'keeper Scott Davies.

Five minutes later, Town thought that they had doubled their lead, but Kyle Dempsey’s tap in at the far post was ruled out as offside by the assistant referee.

The visitors kept plugging away on the Fylde Coast, and when Manny Monthe beat Crellin to the ball, he thought he had brought the scores level, however Andrew was there clear the ball off the line. Fleetwood leading at the break.

The away side came out of the blocks quickly, with two corners in quick succession. Eastham made a crucial block to deny Ferrier levelling the scorelines.

Crellin – who has played for England at U17-20 level - showed Town fans what he could do when Blackett-Tylor unleashed a ferocious shot goal wards, with the youngster tipping it away from danger.

The tide changed in the match, and when Dempsey found himself through on goal after Madden’s flick, he had the goal at his mercy, but narrowly sent his shot wide. Town came straight back from Davies’ goal-kick when Andrew tried his luck. The left-back saw his low driven shot pulled just wide.

Crellin again showed his quality as he excellently tipped over Cameron Borthwick-Jackson’s deflected cross. A save that kept his side in the match with chances flying both ways.

That save was proven crucial as Town doubled their lead through the likely source of Madden - who slotted home underneath Davies, in a good counter attacking move.

Rovers didn’t give up and got a goal back through substitute Mullin as he bundled home from a corner.

Town held on in the end to pick up a valuable win, moving them up to seventh position in League One.

Now the Cod Army look ahead to Tuesday’s Leasing.com Trophy match away to Everton U21 – which will be played at Goodison Park (7:45 kick-off).

Make sure to grab your tickets for Fleetwood Town’s Sky Bet League One clash against Tranmere Rovers at Highbury Stadium on Saturday 23 November (15:00 kick-off).

The Cod Army will be fresh off a week without a game so they will we raring to go against Rovers.

Town have won their last two games, beating National League side Barnet 2-0 in the FA Cup 1st Round and Oldham Athletic 5-2 in the Leasing.com Trophy to reach the knock-out stages.

To book your tickets, please call the Fleetwood Town ticket office on (01253) 775080 or pop into the club shop at Highbury Stadium.