Fleetwood Town welcome Doncaster Rovers to Highbury Stadium on Saturday 1 February, and in our match preview we have all you need to know ahead of the 3pm kick-off.

Saturday’s match between Fleetwood and Doncaster will be Mr. Joyce’s first visit to Highbury this season. His last game at Fleetwood was back in January 2019, when AFC Wimbledon came in the Emirates FA Cup Third Round.

Joyce has officiated 23 games this season in all competitions, and branched out 104 yellow cards and three red cards. 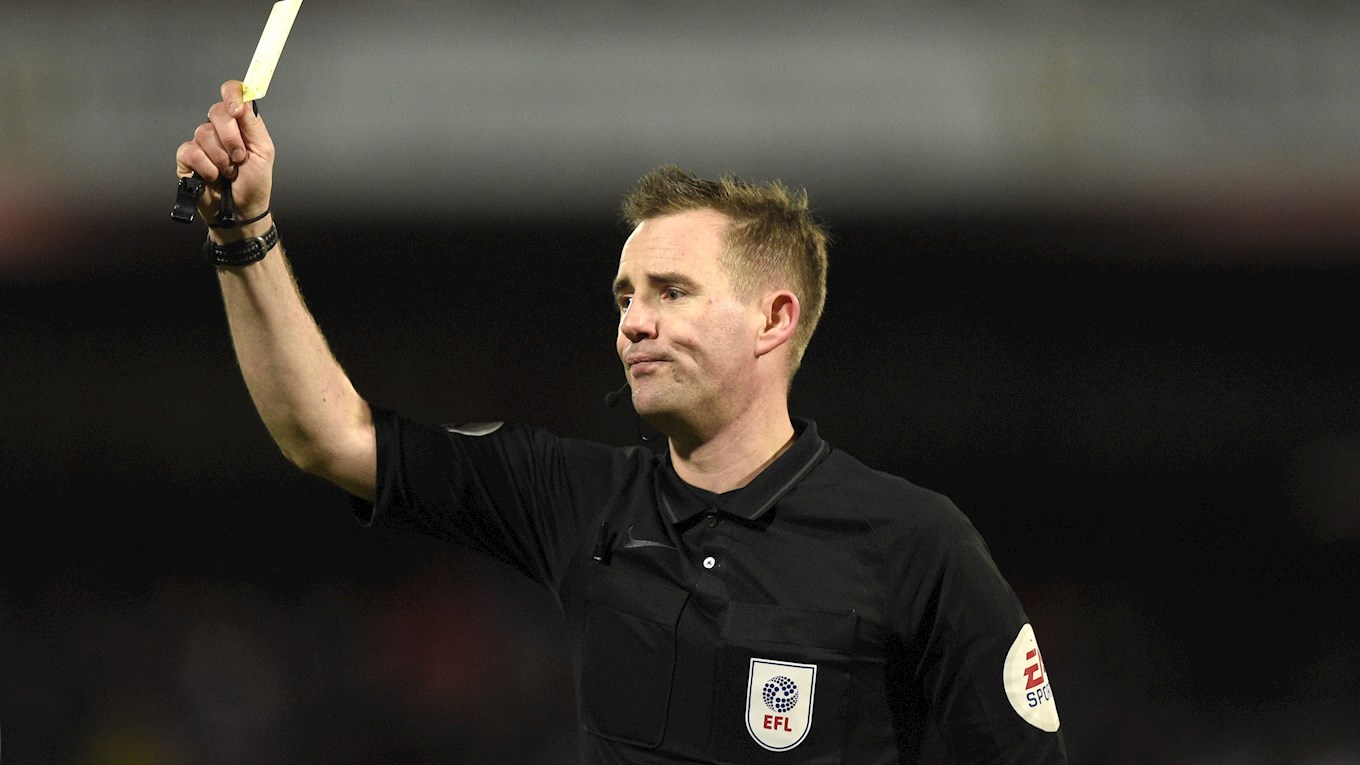 The Cod Army are back at Highbury after their 0-0 draw against promotion hopefuls Coventry City on Tuesday night. It’s now back to back clean sheets for the Cod Army, with March 2019 being the last time that happened.

With the January Transfer Window open until 11pm on Friday 31 January, there is still time for Fleetwood to do business. The latest through the door is Everton defender, Lewis Gibson. The 19-year-old is on loan until the end of the season. Lewie Coyle signed permanently for the Cod Army early in the window, with Callum Connolly also joining from the Toffees. Glenn Whelan is another player who has come through the doors at Highbury.

Late on Deadline Day, Fleetwood signed Swansea City creative midfielder Barrie McKay and Norwich City central midfielder Isak Thorvaldsson. Both joining the club on a loan deal until the end of the season. 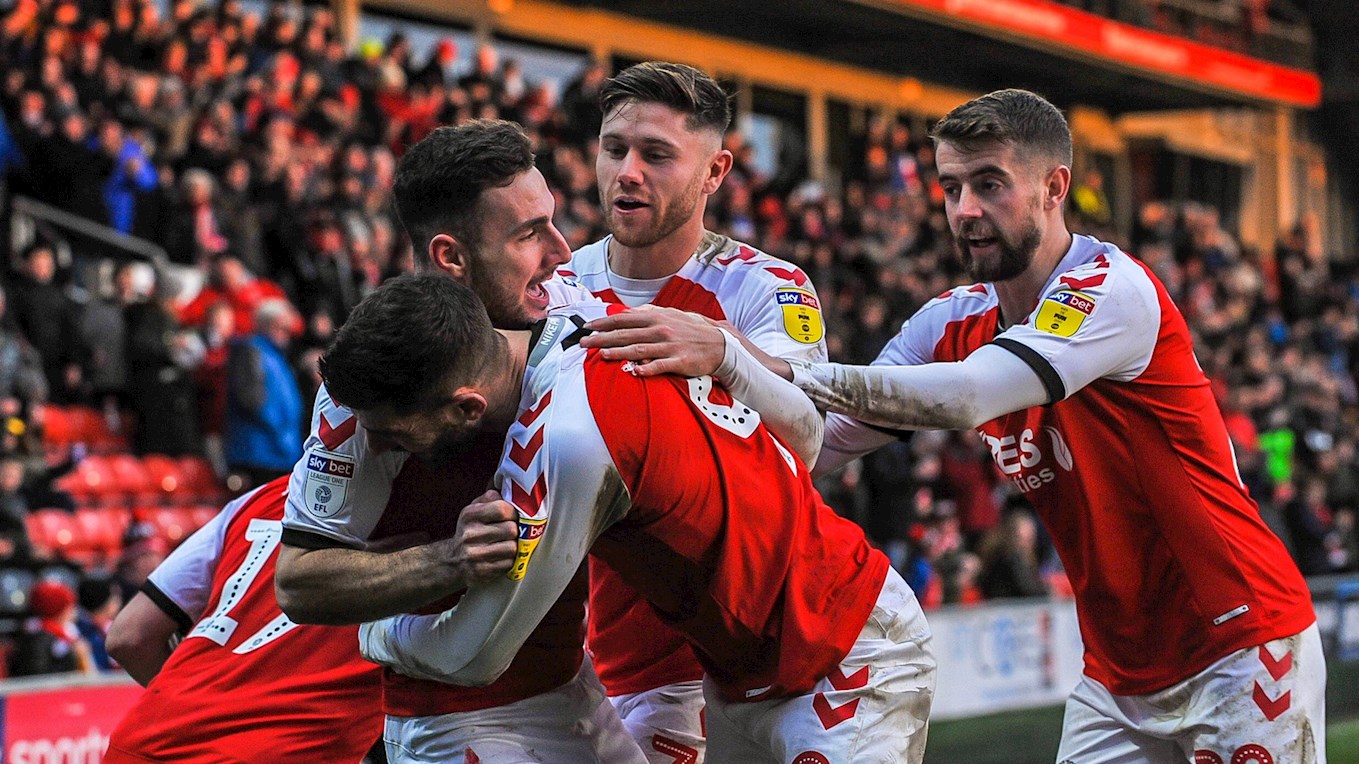 The visitors to Highbury Stadium on Saturday currently sit 9th in League One, with their last result being a 3-1 home win over Southend United. Niall Ennis opened the scoring for Rovers, with Kieran Sadlier adding two before Southend grabbed one back.

Darren Moore’s side are three games unbeaten on the road, with Donny picking up a point at the Stadium of Light against Sunderland. They lost 3-0 last time they came to Highbury, with the side looking for revenge.

There has only been one body through the door so far this Transfer Window. Fejiri Okenabirhie joined the club on an undisclosed fee on a two-and-a-half year deal from fellow League One side, Shrewsbury Town. 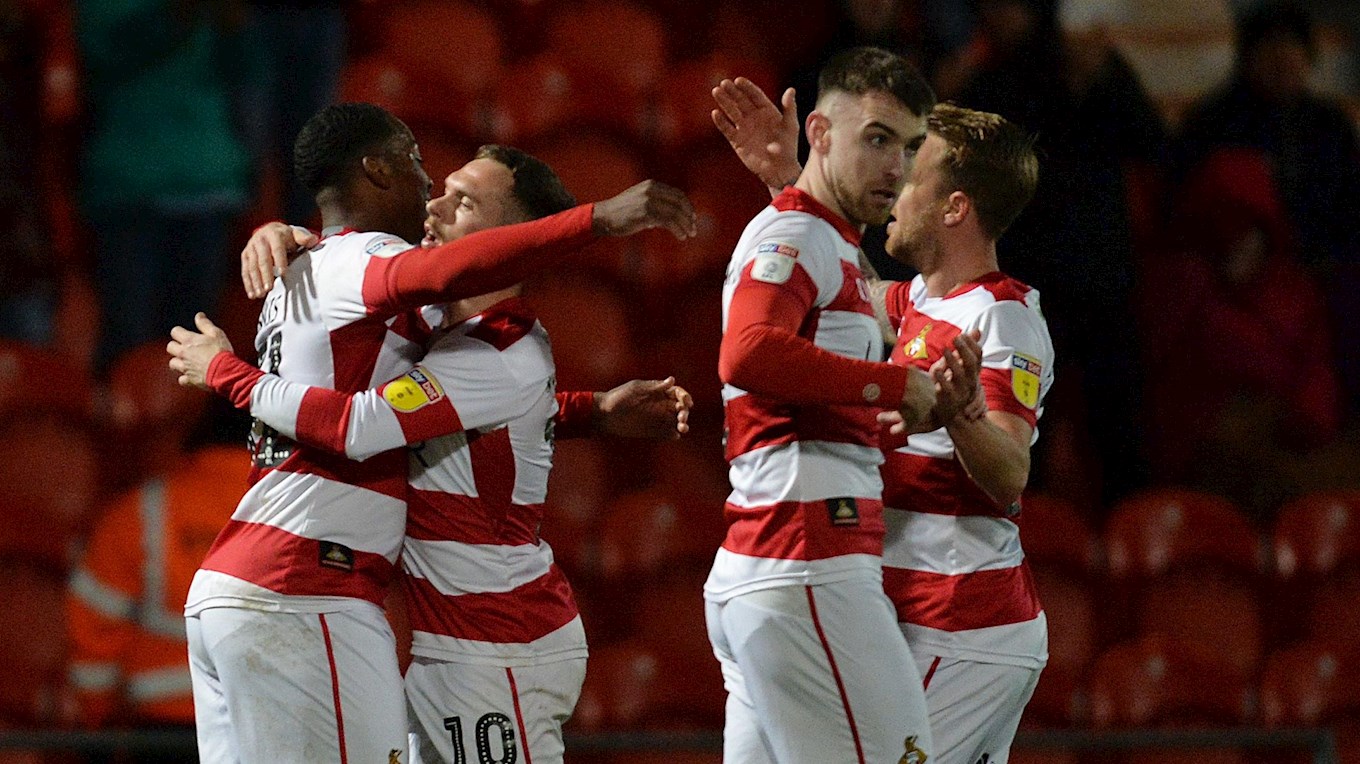 ONE TO WATCH – KIERAN SADLIER

One for Town fans to keep an eye out for on Saturday afternoon is midfielder, Kieran Sadlier. The 25-year-old has played 32 matches in all competitions this season, scoring 11 goals in the process.

Sadlier started off his career at St Mirren before moving down across the border to Peterborough United in July 2015. He was loaned out to FC Halifax Town, but was recalled back in December in the same year.

The Irishman joined Sligo Rovers in January 2016, then joined Cork City in the summer of 2016 – where he went on to score 17 goals in 14 matches.

His form in Ireland impressed Doncaster Rovers, and the Yorkshire side came calling in January 2019. He has since gone on to play 35 matches for Donny, scoring 14 goals in all competitions. 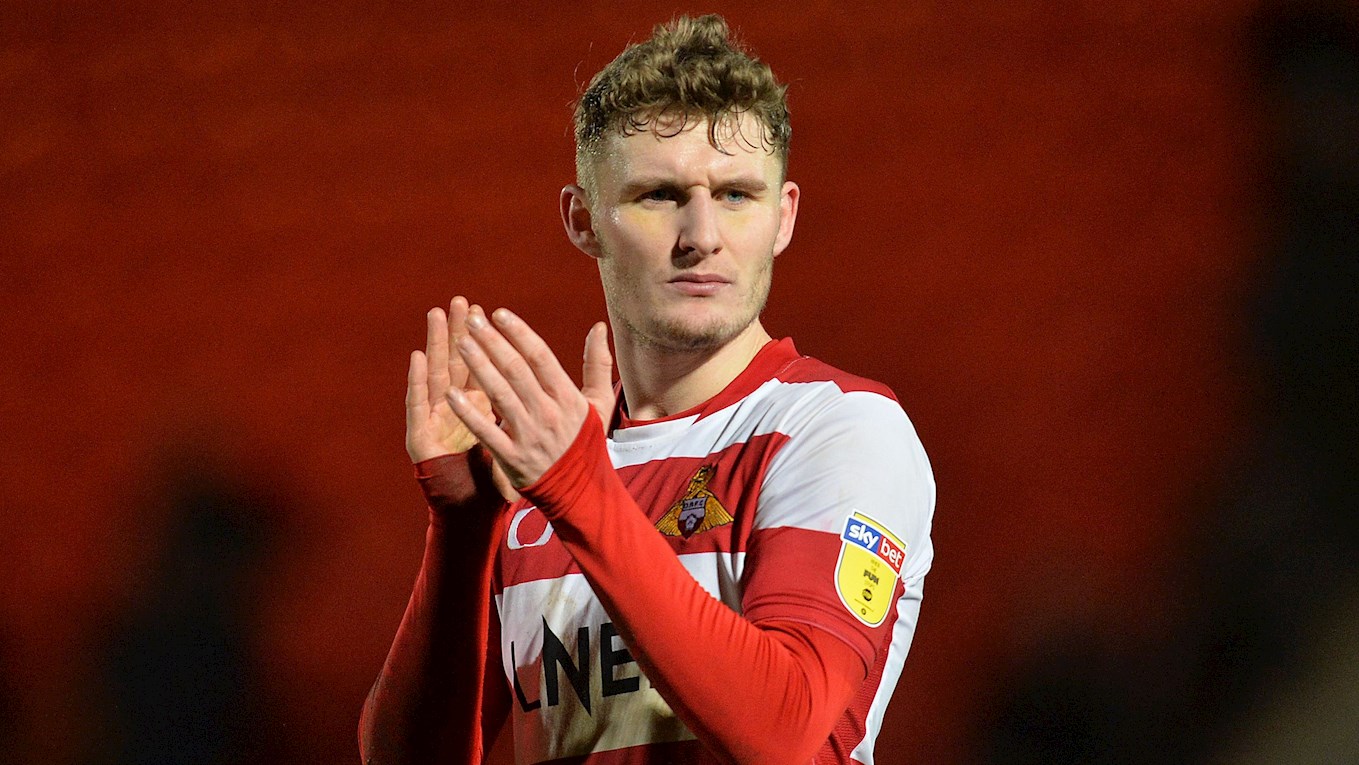 WHAT CLINT HILL HAD TO SAY ON THE MATCH

Fleetwood Town first team coach Clint Hill was on media duty on Thursday morning at Poolfoot Farm, and you can watch his full interview on iFollow. 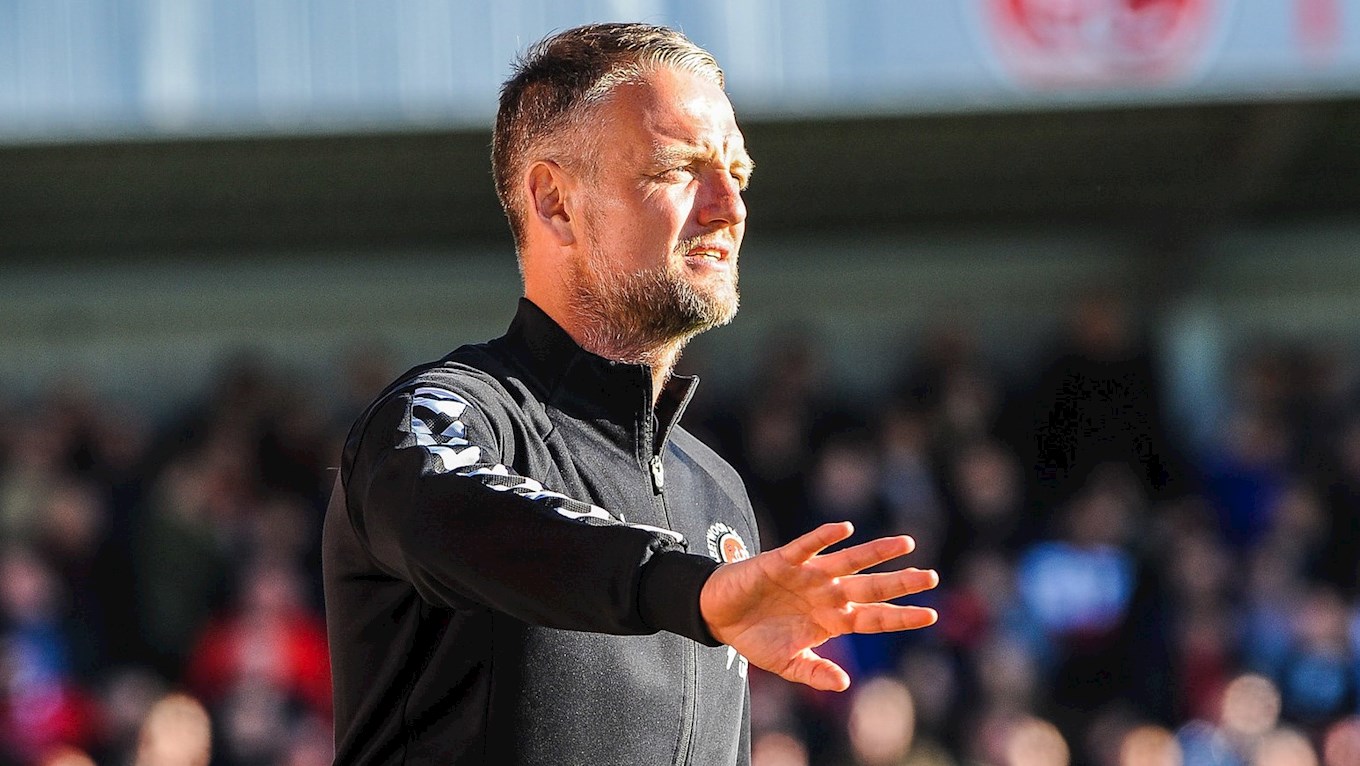 KEEP UP WITH THE GAME ON iFOLLOW​

If you can’t make Saturday’s match against Doncaster Rovers, don’t worry as we have it covered with iFollow – meaning you can live stream or just listen to full match commentary in the comfort of your own home. 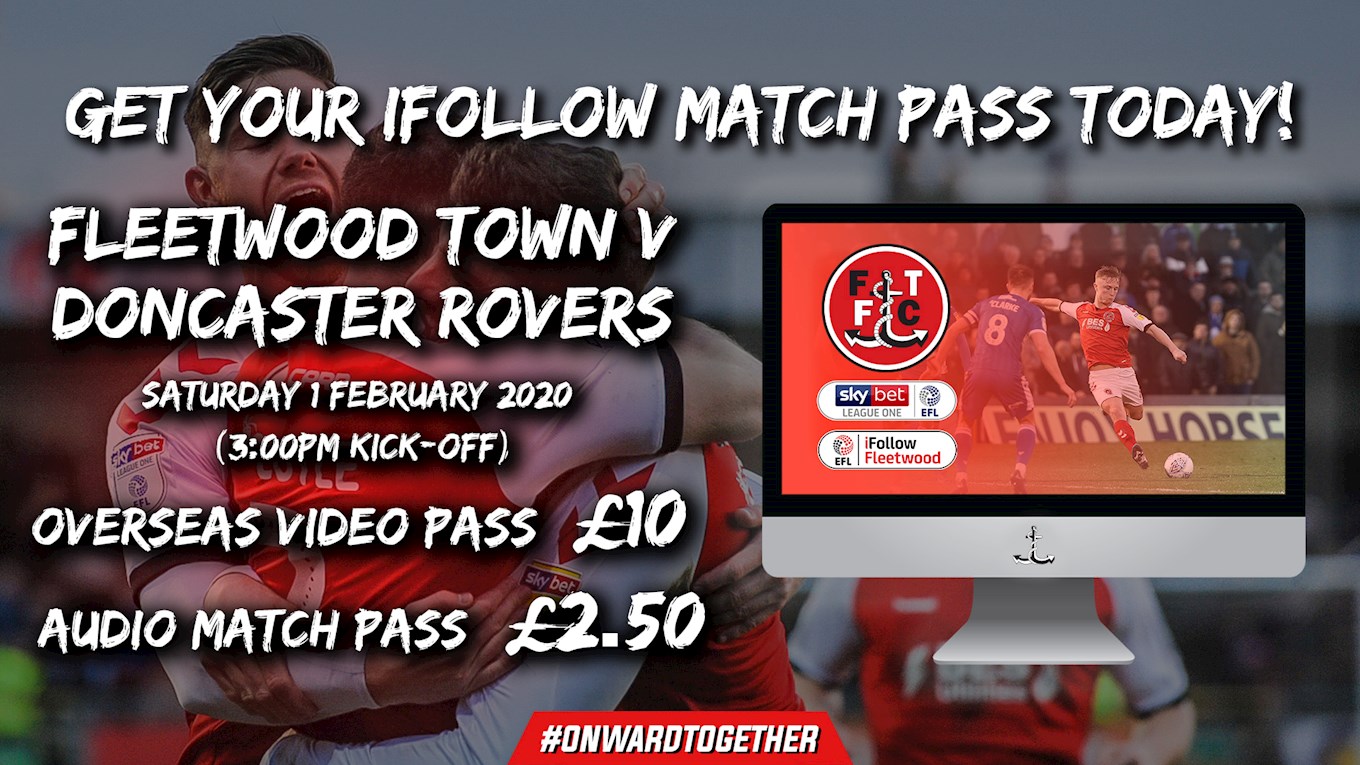 Fleetwood are 6/5 to pick up all three points at home against Doncaster.​ A draw between the two sides is priced at 23/10, with an away win priced at 21/10.

One of Sky Bets’ price boosts are for Fleetwood to win and for both teams to score – 9/2.

Joey Barton’s side beat Doncaster 3-0 in the same fixture last season, and for a repeat of that score line, you can get odds of 20/1. 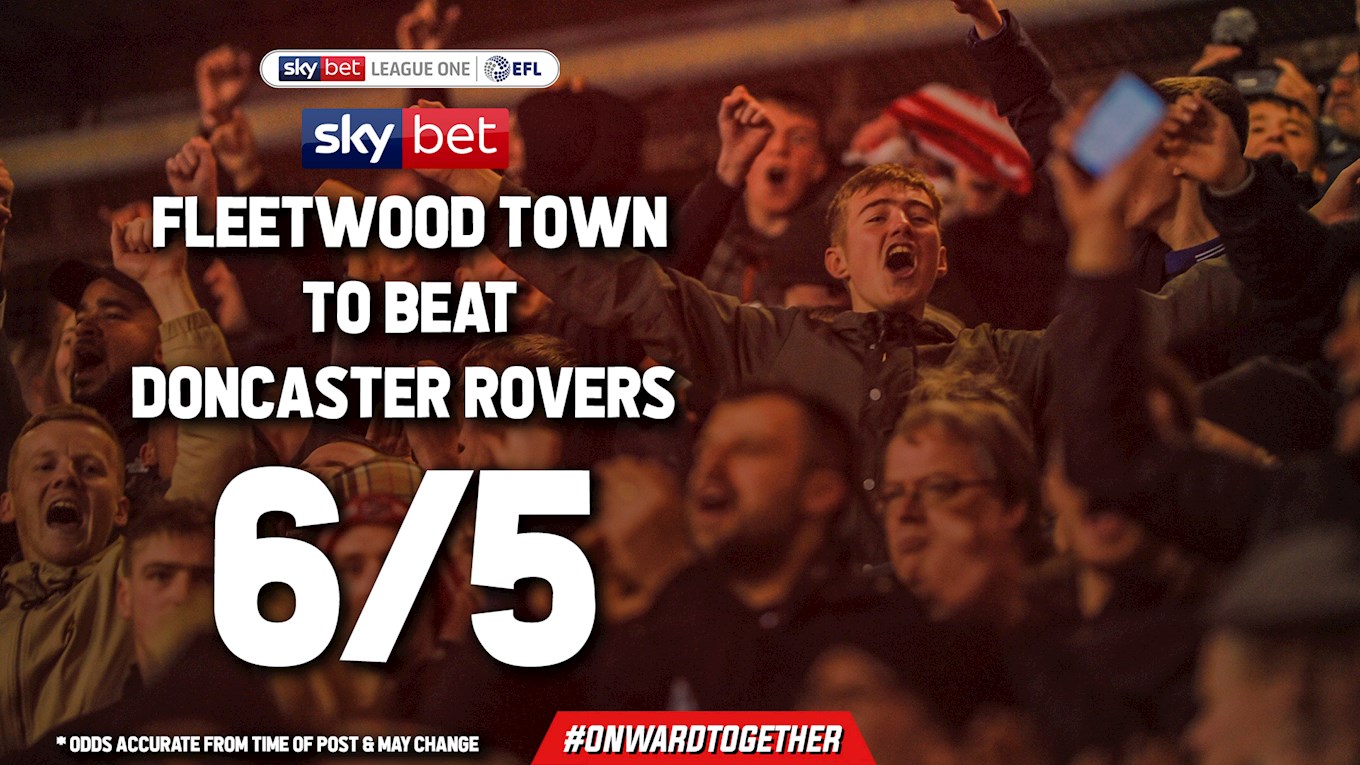 Fleetwood Town picked up their first home win of the year after a 2-1 win over Doncaster Rovers on a windy Saturday afternoon at Highbury.

Ched Evans opened the scoring after half an hour after a Josh Morris corner was fumbled in the Doncaster area, leaving the Welshman with an open net.

Harry Souttar doubled Town’s lead shortly after the break after firing the ball in past Seny Dieng from close range. The visitors did manage to pull one back through Niall Ennis, but Fleetwood held on to secure all three points.

The start of the game was not an easy task for either side as the conditions proved to be difficult to create any chances.

The first effort of the game did fall for the hosts. Josh Morris set up Evans nicely after Glenn Whelan won the ball, but Evans’ strike was blocked by Tom Anderson.

Seven minutes later, Fleetwood had a golden chance to open the scoring after a quick free-kick was played short before Lewie Coyle. The full-back whipped the ball in the box, but Souttar’s header was cleared off the line.

The game then calmed down for a short while before the half-hour mark when a ball from midfield found the running-in Morris who forced a sure stop from Dieng.

Doncaster's goalkeeper had to be alert soon after too after a free-kick from Danny Andrew dipped into the box. The ball just missed the head of Callum Connolly before Dieng caught the ball a few inches from his goal-line.

With a number of chances falling for the home side, the first goal was only a matter of time away, and that came from Evans ten minutes before the break.

A corner from Morris’ corner caused havoc in the Doncaster box, before Evans pounced at the opportunity to fire the Cod Army into the lead, and to make it nine for the season.

From the restart, the visitors looked for an instant reply. Sadlier struck the ball from distance, but Alex Cairns grasped it with safe hands.

The visitors struggled to get a foothold on the game after Fleetwood took the lead, but did attempt a couple of crosses into the Fleetwood box towards the end of the half, but none threatened the Town backline.

Town continued the second half as they finished the first, and could have doubled the lead one minute into the second period. Andrew’s shot narrowly went over the crossbar.

The second half arrived for Town, and again it was a set-piece that spelled trouble for the Doncaster defence. Souttar fired the ball into the net after latching onto the loose ball, giving the keeper no chance.

Shortly after, the visitors reduced the deficit. Sadlier again was involved along with Jon Taylor, and when he won possession of the ball from a defensive error, he pounced on it, played in Niall, who buried his chance when it came.

Just shy of the hour mark, Town could have been 3-1 up, however Connolly’s header beat the keeper but not the goal.

Paddy Madden came on to replace Lewie Coyle, and didn’t take long for the Irishman to get into the action. He worked the ball well and forced a low stop from Dieng after shooting on a tight angle on the right-flank.

With five minutes of the ninety to go, it was all about defending for the home side to try and bring the three points home.

It was a little nervy in added time with five minutes of time to be played. Darren Moore's piled his men forward and they had chances to score through Cameron John and Brad Haliday right at the death, but the resolute defending from Fleetwood made the points safe for Joey Barton’s side.

The Cod Army will go into the next game with confidence as they are on the road at AFC Wimbledon next Saturday afternoon.