Fleetwood Town welcome Bristol Rovers to Highbury Stadium in their final Sky Bet League One game of 2019, and we have all you need to know in our match preview.

Paul Marsden has officiated 18 matches this season, with four of those being in Sky Bet League One. In those four matches, he has handed out 13 yellow cards and no red cards.

His last match was on December 1 2019 when he took charge of Northampton Town’s 3-1 victory over Notts County. 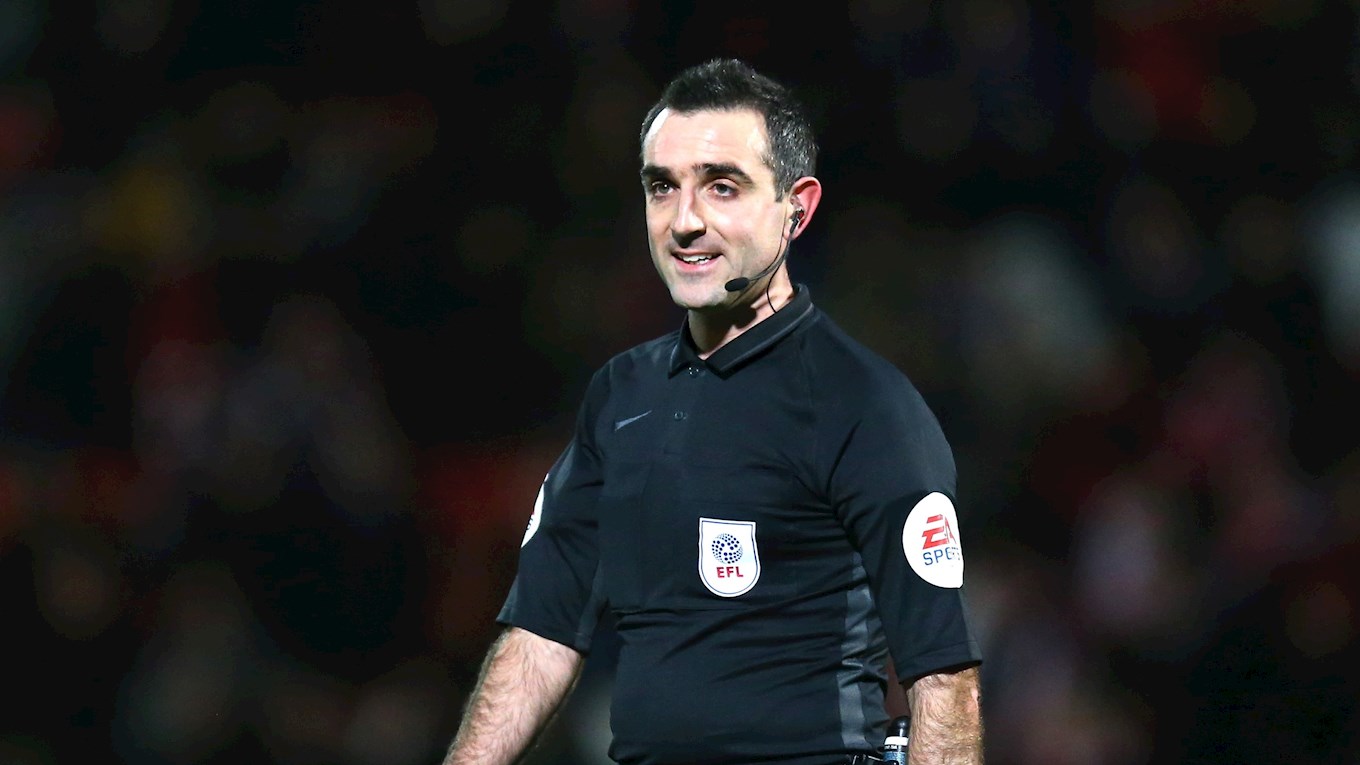 Fleetwood picked up all three points in their last match, which saw the Cod Army come out 3-2 winners against Rochdale on Boxing Day.

Goals from Paddy Madden, Kyle Dempsey and Wes Burns cancelled out two Aaron Wilbraham’s goals – meaning Town are only one point outside the Play-Off places with a game or two in hand over teams in and around them.

With only one loss at home since February 2019, Joey Barton’s side will be looking to keep that run going against a side who are a place above them in the league standings.

Billy Crellin could be a doubt after picking up a knock against Rochdale at the Crown Oil Arena, meaning Alex Cairns could get the nod ahead of the young English keeper. Jordan Rossiter is still out after picking up an injury in the tie against Tranmere Rovers. 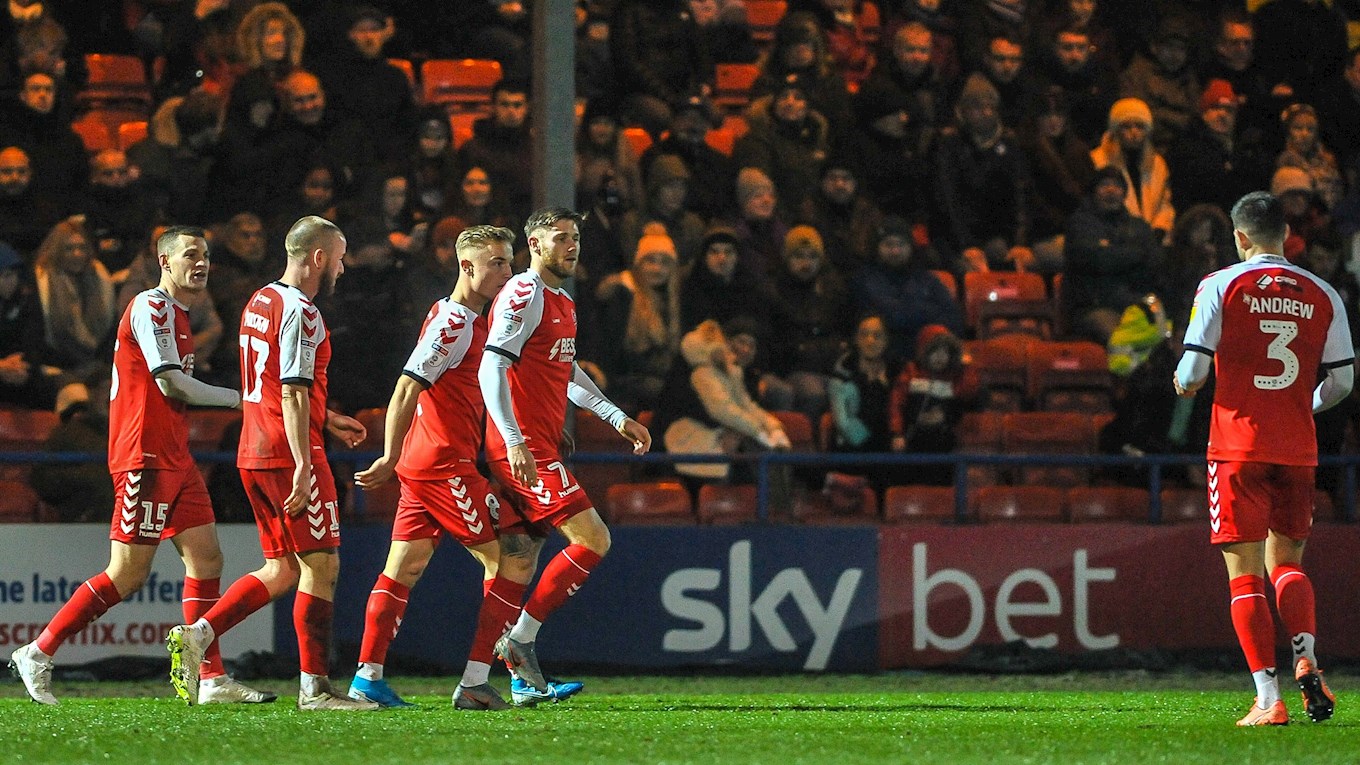 The visitors on Sunday afternoon currently sit 6th in the league, just one point above Fleetwood after playing 21 matches. Their last match saw them lose 2-1 at home to AFC Wimbledon.

The blue half of Bristol have won their last five away matches in all competitions, with three of those being in the league – so they will be coming to the Fylde Coast full of confidence with another three points on offer. 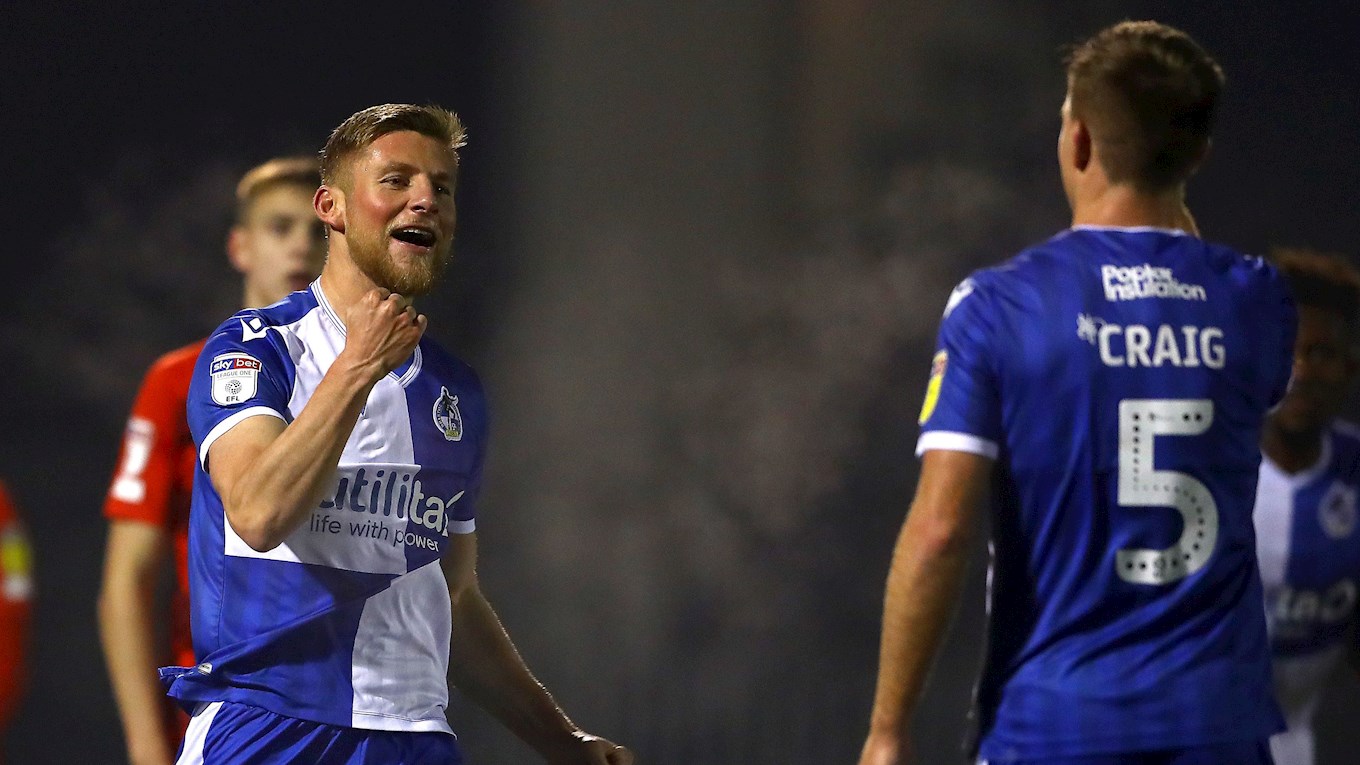 ONE TO WATCH – JONSON CLARKE-HARRIS

One for Town fans to keep an eye out for on Sunday is Jonson Clarke-Harris. The forward has featured in 20 matches this season, scoring 11 goals in the process – with his latest being on Boxing Day against The Wombles.

The Englishman joined Bristol Rovers from Coventry City at the start of 2019 for an undisclosed fee, and since then has netted 22 goals in 35 appearances.

Clarke-Harris did begin his career at The Sky Blues back in 2010 before moving to Peterborough United on a free transfer. With loan spells at Southend and Bury, it was up to the North West to join Oldham in 2013.

Fellow Sky Bet League One side Rotherham paid £350,000 for the striker back in 2014, but was sent out on loan 6 months after signing for The Millers. 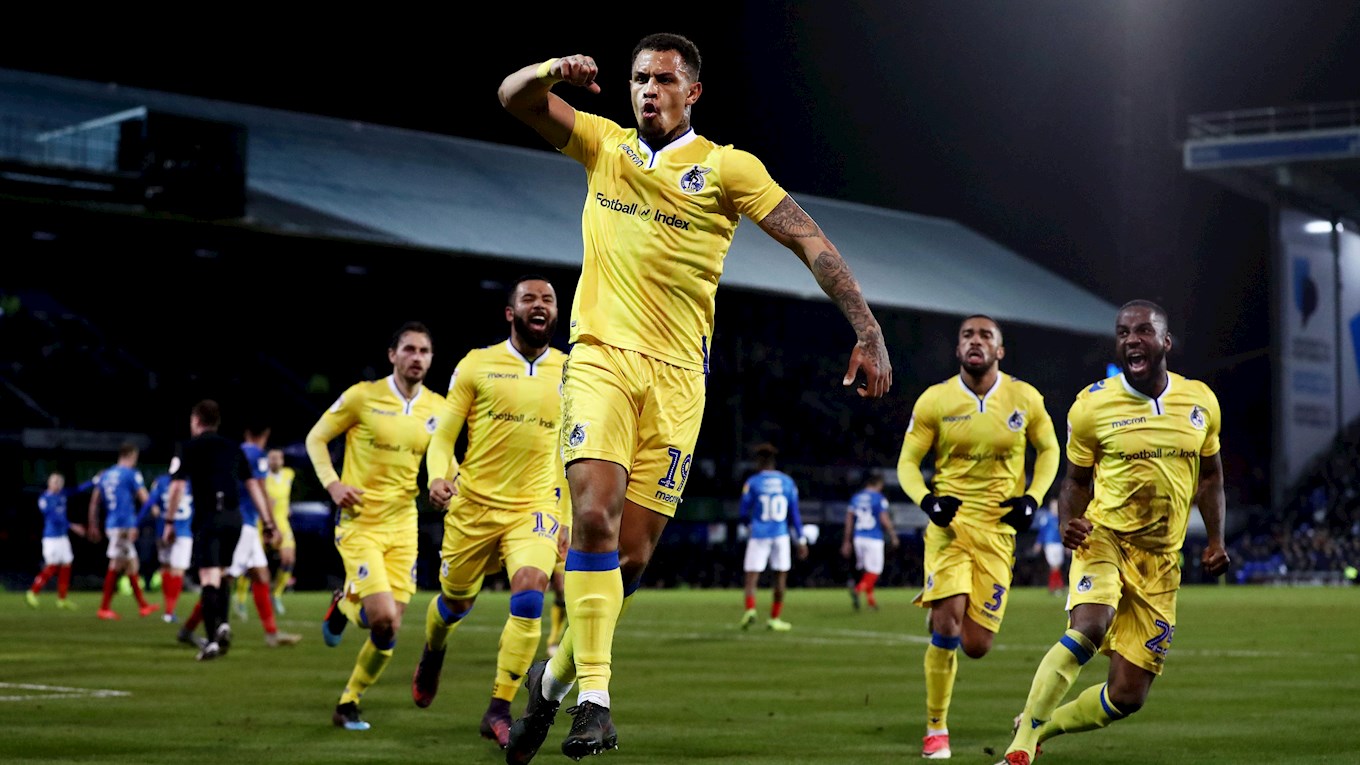 If you can’t make Sunday’s game, then we’ve got you covered as you can watch and listen to full match commentary on iFollow.

To get your Video Match Pass, click HERE and pay just £10 to keep up to date with all the action from Highbury Stadium – this option is available for both U.K. and overseas fans! 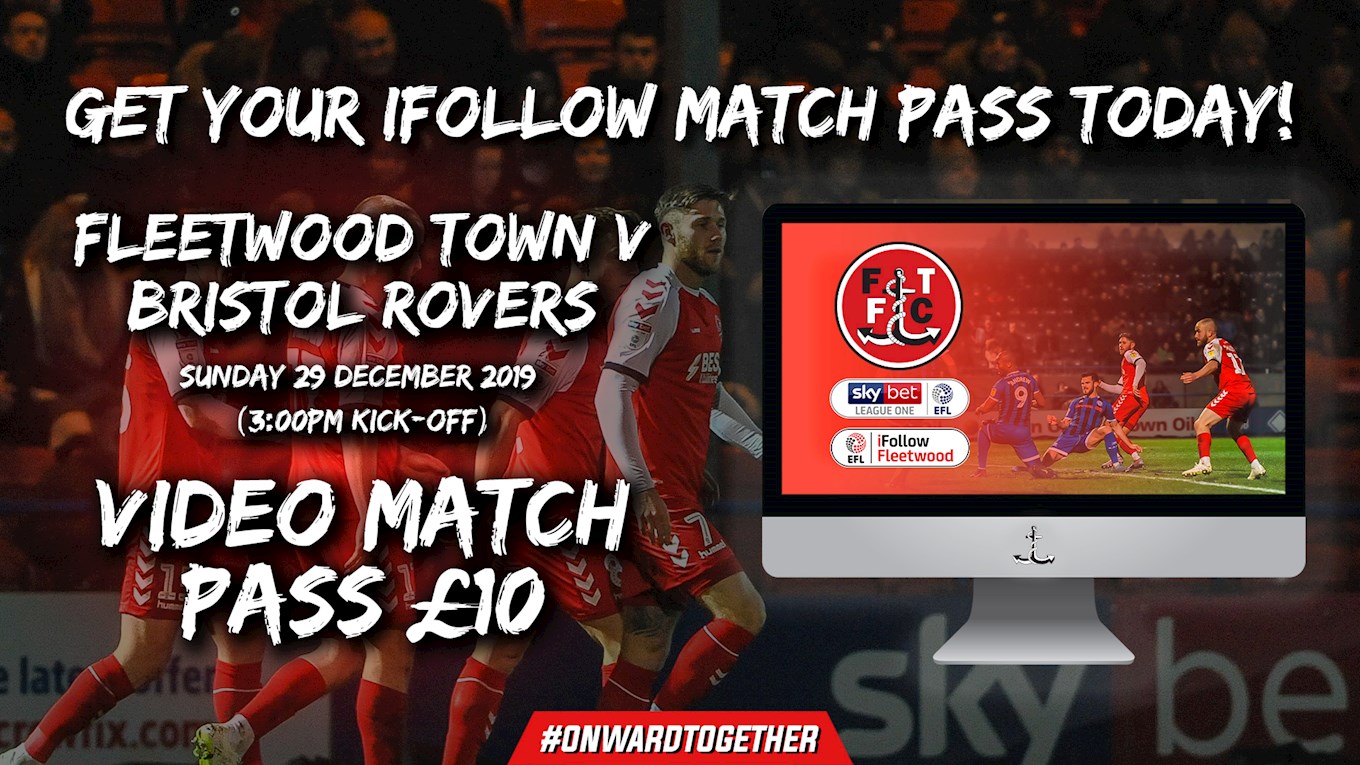 WHAT JOEY BARTON HAD TO SAY…

On preparation for Bristol Rovers…

“We are heading into a recovery phase now. This is probably the busiest part of the season with the fixture build up, but the lads know that our Christmas and New Year isn’t until the end of the season.

“It would be nice to finish of the year on a high with a win against Bristol Rovers. Our fans deserve it – we know it will be a tough fixture.

“I know they [Bristol Rovers] have changed manager, and Graham [Coughlan] did a good job there, but we know the new guy will come in and get them organised.”

“On the game v Rochdale

“Boxing day always throws up a wonderful ray of results, and performances.

“This was a cracker, you couldn’t take your eyes off the game. We didn’t think it would be the game that we envisioned, but thankfully, we have come out on the right side of it.

“I am very happy with the three points and it builds off a very good performance at Rotherham, last time out as well. In the first half, we just camped in their half, and we played lots of the best stuff. We thought that we had an absolute stonewall penalty which wasn’t given.

“We showed a different side of how to win. We had to come from behind a couple of times in the game, and showed great character and endeavour to win a game.

“Thankfully for us we get to go back to Highbury with three points before a tough run of fixtures for us.” 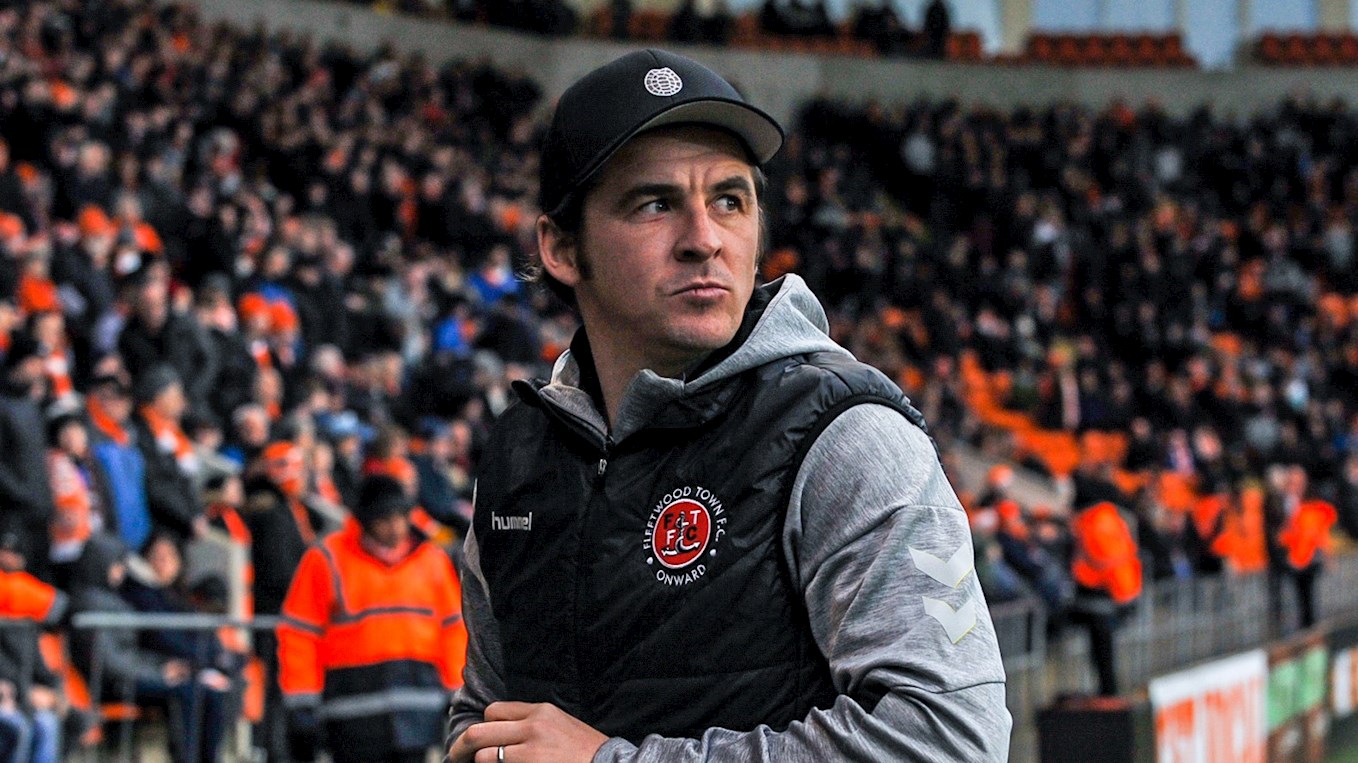 If you think Joey Barton’s side will win, but both teams to score, you can get odds of 3/1.

Here are some odds of players to score first: 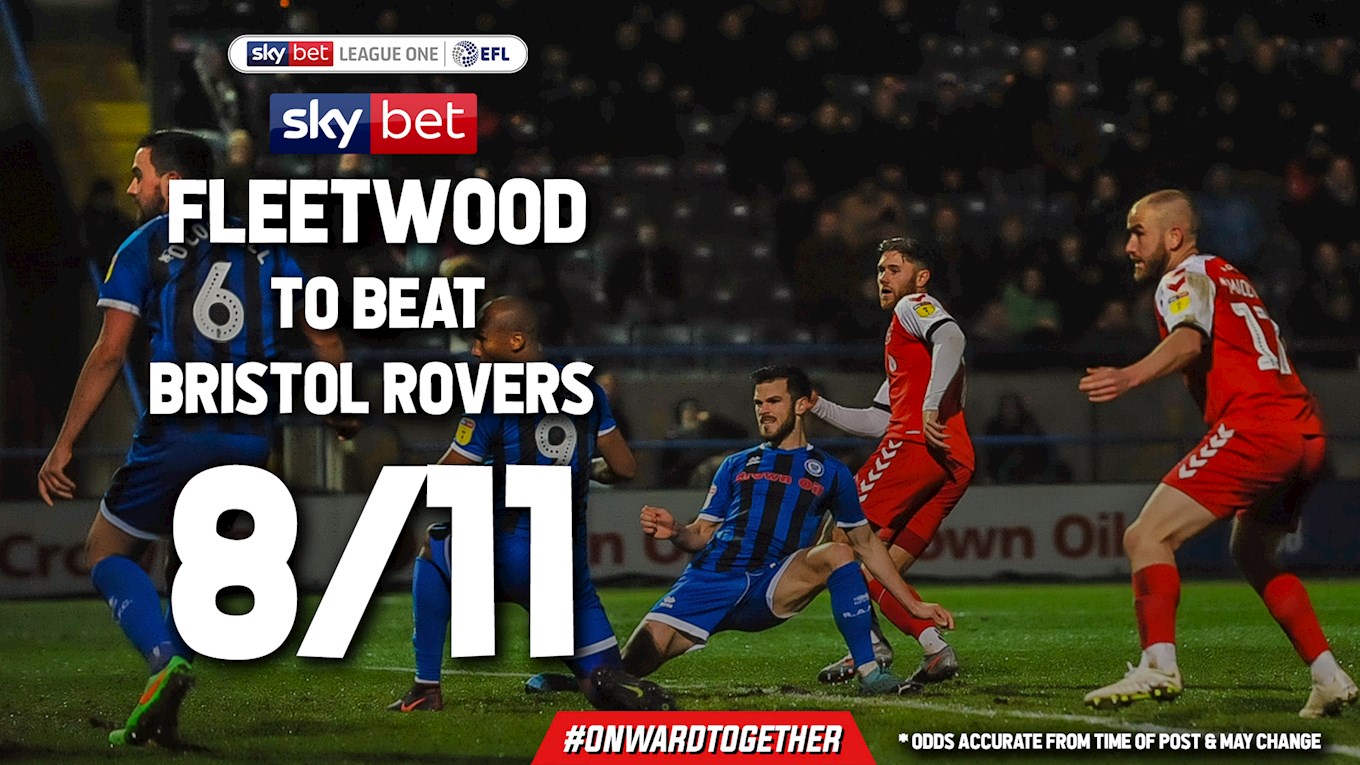 Fleetwood Town were left frustrated in their final match of 2019 after a goalless draw at Highbury against fellow play-off hopefuls Bristol Rovers.

Fleetwood dominated for the majority of the game, creating far more chances than the visitors but couldn’t find the goal needed to take all three points.

Ched Evans did have the ball in the back of the net in the 69th minute, after firing a shot into the bottom corner. However, after some confusion on and off the pitch, the goal was eventually disallowed for offside – meaning that the points were agonisingly shared at on the Fylde Coast.

Bristol Rovers forced the returning Alex Cairns into making the first save of the game, after Ed Upson’s effort was parried away from goal before the loose ball was fired over the bar.

Fleetwood had their first chance of the afternoon when Danny Andrew's brilliant pass picked out Ched Evans. The Welshman was then able to unleash a venomous attempt from distance, but Anssi Jaakola was on hand to push it wide for a corner.

Town began to hold onto the ball and create more chances, and in the 16th minute, Josh Morris latched onto another great ball from Andrew, but the forward couldn’t get enough power on his half-volley to trouble Jaakola.

The Cod Army continued to dominate, but were just missing that opening goal for their play. With some great passages of play, Fleetwood kept knocking on the door, but the visitors were set up well enough to deal with the flurry of attacks.

In the 35th minute, Evans almost converted Lewie Coyle’s cross, but the header was just wide of the post. Were Town going to get the goal they deserved?

The Pirates got an opportunity late in the first half. Liam Sercombe’s free-kick found Alex Rodman, but the forward wasn’t able to keep his header on target and saw it sail wide of the net.

The score was goalless heading into the break, with the hosts being the side on top in the first half, creating more chances and retaining possession throughout.

Bristol Rovers came into the second half livelier than their first half ended and created a real battle in midfield, with both teams putting in some decent challenges for the ball.

Just before the hour mark, Evans met Kyle Dempsey’s wonderful cross at the back post, but he could only guide it just past the post with Jaakola rooted to the spot.

Moments later, Paddy Madden had a chance to open the scoring, but the Irishman’s shot on goal was deflected off a Rovers defender out for a corner ball. The pressure was mounting!

Evans had the ball in the back of the net in the 69th minute after bringing it down on his chest, before dribbling into the box and unleashing a brilliant effort straight into the bottom corner.

Utter confusion afterwards with both teams unsure of what was happening. Eventually it was understood that the goal was disallowed for offside with Madden alleged to have touched the ball on its way through to goal.

The chances kept coming, and once again Evans was denied! This time the striker was denied by Jaakola - who managed to get a hand on the ball and push it upwards and onto the crossbar. It wasn’t meant to be for Barton and his men.

And there was still drama to unfold! Bristol Rovers almost provided the match with a goal in the dying efforts of the 90 minutes.

Cairns came off his line to clear a loose ball as Clarke-Harris’ first time attempted was scuffed into the path of substitute, Tom Nichols – whose athletic attempt lobbed Cairns and the two centre halves, and rattled the crossbar in the process!

It was a frustrating day for Fleetwood, who will feel hard done by from today’s result. Sunderland are the visitors to Highbury on New Years Day, in a match which saw Town take all three points in the same fixture last season.