Joey Barton and his side welcome Leicester City’s U21s to Highbury on Tuesday evening ahead of the first Group D match in the Checkatrade Trophy.

The Cod Army won all three group stages last season with wins over the Foxes, Morecambe and Carlisle United, and will be looking to do the same this time around in the competition.

Leicester’s development squad have been picked up two wins in their last two matches, with the latest being a 2-0 victory over local rivals Derby County. Manager Steve Beaglehole will be looking for his young side to perform against first team opposition.

Town are on a good run of form and head coach Joey Barton has said he wants to keep the momentum going around the club, and that continues tonight at home under the floodlights. Barton mentioned after the 1-1 draw at Sunderland last weekend that he will be picking a strong side.

“This competition is a chance for teams to play a cup final game at Wembley, which for us is more realistic than the Carabao Cup. On Tuesday we will go into the game strong, looking to progress in the competition.

“It’s important that we maintain and pick up that winning habit because it is a good one to have. We are on a good little run at the moment and for us, it is important we keep that going.

“We will pick a strong side at every opportunity available, and that happened at Leicester in the Carabao Cup, as I felt the lads could go out there and deliver.

“However it wasn’t to be, and unfortunately on the night it didn’t happen for us and the lads ran into a really good side with plenty of experience.”

Hamza Choudhury is a name that people may have known for a long time, however the young midfielder is only 20. The youngster began his career at the Leicester City academy, and enjoyed a loan spell at Burton Albion.

He made his Leicester City debut in September 2017 in the EFL Cup third round tie against Liverpool. He went on to make his Premier League debut two months later at the King Power Stadium in the win over Tottenham Hotspur.

Choudhury has featured in England’s U21s and made his debut as a substitute in the 2-1 win over China in the 2018 Toulon Tournament. He started the next match for the three lions against Mexico.

Choudhury is now looking to push into the Leicester City first team, and with strong performances for their development squad, cementing that position won’t be too far around the corner.

Barton’s side are favourite to win the first group match at 4/9, with Leicester at 9/2.

A draw between the two sides, is currently at odds of 3/1. This would result in the match going to penalties for either side to earn an extra point in the league standings.

Town beat Leicester 3-0 in this fixture last year with Godswill Ekpolo, Baily Cargill and Wes Burns getting on the score sheet. For the same result on Tuesday, the odds are at 9/1. 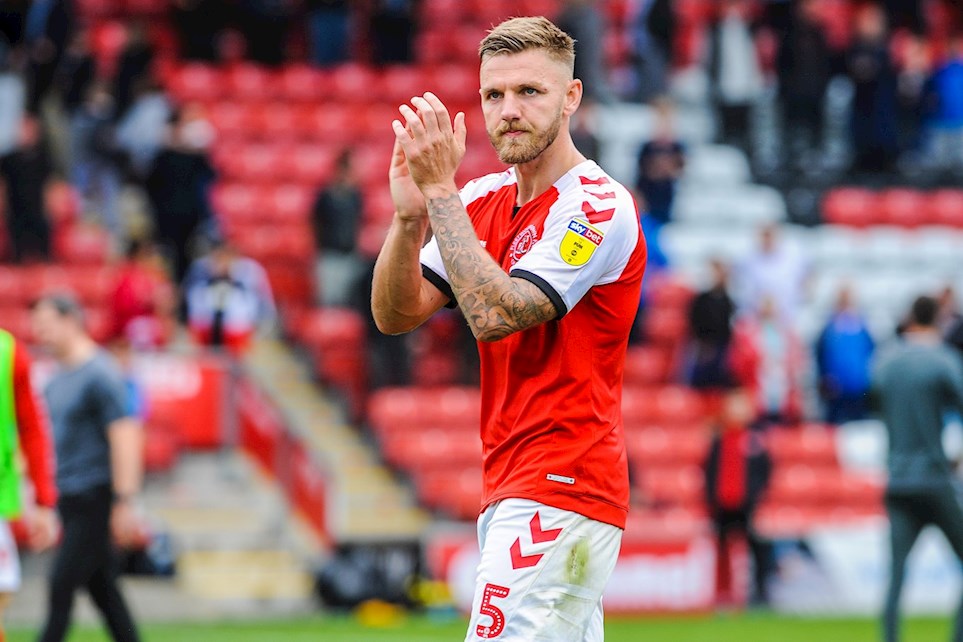 Leicester up next in the Checkatrade Trophy


Fleetwood Town open their Checkatrade Trophy campaign on Tuesday night when they host Leicester City Under 21s at Highbury. 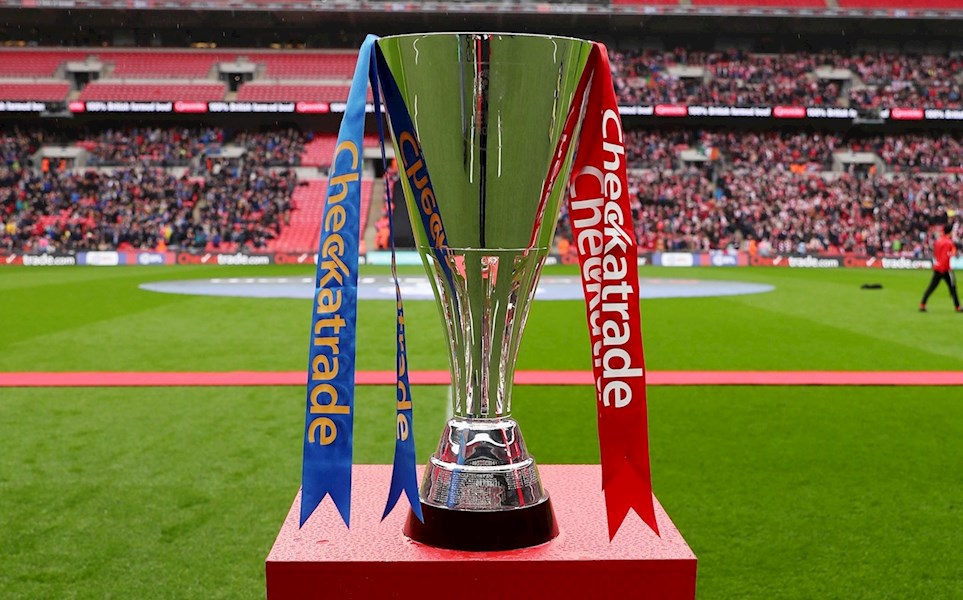 Fleetwood Town suffered a penalty shootout defeat against Leicester City Under 21s, after they conceded a 95th minute goal to draw 2-2 in the Checkatrade Trophy on Tuesday night.

Town took a 2-0 lead through Chris Long and Conor McAleny, but Leicester were then let back into the game as defender Cian Bolger was shown a red card having being judged to have fouled Foxes striker Ryan Loft, who through on goal. Loft missed the resulting spot kick, but scored two late goals to send the game to penalties.

With the scores tied at 6-6, Town midfielder Kyle Dempsey saw his penalty sail over the crossbar, and it was Loft who smashed the ball into the top corner to claim the win for the Foxes. Town claim a point, with Leicester taking two are winning the shoot-out in the opening Group D fixture.

Head coach Joey Barton made ten changes to the side that draw 1-1 against Sunderland at the Stadium of Light on Saturday, with McAleny the only player to have featured in the starting line-up from the weekend. Academy trio James Hill, Dylan Boyle and Ryan Rydel were all on the bench.

Harrison Biggins had the Cod Army’s first chance of the match in the 7th minute. McAleny nicked the ball off Darnell Johnson near the corner flag, and pulled the ball back to Biggins on the edge of the box, and his shot drew a good low save from Leicester goalkeeper Viktor Johannson.

Just minutes later, McAleny was causing problems for the Leicester back four again when he used his pace to get ahead of Josh Knight. McAleny was closing in on goal, but he dragged his effort wide of the post.

Town continued to push for the opener when Bobby Grant whipped in a corner towards the back post, and Tommy Spurr headed the ball back across the box, but it was cleared for a corner. McAleny then struck one from distance, but his shot was straight at Johansson.

Leicester were inches away from breaking the deadlock in the 23rd minute when a well worked free-kick routine that started with Hamza Choudhury led to Danny Simpson delivering a deep cross into the box. Keirnan Dewsbury-Hall skipped past Gethin Jones and his strike from close range crashed off the underside of the crossbar, with Town goalkeeper Paul Jones well beaten.

The Foxes had another opportunity minutes later when Fuse Diabate, who looked threatening throughout the first half, latched onto a loose ball in the box, only for a brilliant block by Spurr to deny him an almost certain goal.

Town took the lead in the 33rd minute after a brilliant attacking move. Eddie Clarke played a wonderful ball forward to Long, he gave it to Grant, who squared it to the oncoming Jones, and his driven cross into the box was converted by Long from close range.

The referee blew for half time as Town went into the break with a 1-0 lead, and just minutes into the second half they doubled their advantage. Long was the provider this time as he teed up McAleny in the box, and his low strike was perfectly placed, hitting the inside of the post and into the net to make it 2-0.

Long then had a chance to double his tally in the 53rd minute as he was played through and hit a powerful low strike towards goal, but it was well saved by Johannson.

Leicester were then given a glorious opportunity to get back into the game when Loft was clean through on goal, and Bolger fouled the striker to concede a penalty. The referee deemed the challenge worthy of a red card for the defender, to the dismay of the home crowd.

The home supporters' jeers were soon turned to cheers when Loft stepped up himself to take the penalty, and it went horribly wrong as his effort sailed well wide of Jones’ left post.

Leicester brought on Calvin Ughelumba and Liandro Martis as they searched for ways to get back into the game. The Foxes enjoyed the majority of possession, and came close through Johnson. The ball fell to the defender in the box, but his effort was high and wide.

Leicester’s pressure paid off when full-back Ughelumba whipped in an inviting cross behind the Town back four, and Loft guided the ball into the bottom corner to get a goal back for the away side.

It was the other substitute Martis who delivered the ball that almost led to a Leicester equaliser. He swung in a wonderful cross from the right, and Dewsbury-Hall’s header was destined for the top corner, but Jones denied him with a stunning save.

The home crowd were exasperated at the announcement of five added minutes, and it proved costly as Leicester scored an equaliser in the 96th minute of the match. Dewsbury-Hall’s header flew over Jones, bounced back off the post, and Loft smashed the ball in from a yard out to send the game to penalties.

McAleny stepped up first for Town and converted into the bottom right corner, then Diamante leveled up for Leicester. Gethin Jones then placed his effort right in the corner, and Foxes captain Choudhury responded to make it 2-2. Town substitute Gerard Garner then converted, but Foxes substitute Callum Wright made it 3-3.

Harrison Biggins and Dewsbury-Hall both scored, but Clarke saw his effort crash back off the post for Fleetwood. Knight had a chance to win it for the Foxes, but his strike flew over the bar.

Spurr smashed his penalty off the underside of the bar and in, then Johnson scored to make it 5-5. Town substitute Nathan Sheron slotted his spot kick into the left corner, but Martis kept his cool to level it at 6-6.

Dempsey saw his effort fly over the bar, the Loft made amends for his earlier miss to expertly finished into the top corner, securing a 7-6 shootout win for Leicester.

Town still claim a point from the match in the competition, while Leicester go away with an extra point after the penalty shoot-out victory. It was defeat in the most frustrating of circumstances for Town, and having been just seconds away from the win, they came out second best on the night.

Leicester up next in the Checkatrade Trophy


Fleetwood Town open their Checkatrade Trophy campaign on Tuesday night when they host Leicester City Under 21s at Highbury.