Saturday will see Fleetwood Town take on Shrewsbury Town at Highbury Stadium, and with victories for either side in their last league fixture, it is set up nicely for the 3pm kick-off

Town come into this match against Shrewsbury on the back of a 4-0 win away at Doncaster Rovers, which saw Ched Evans, James Wallace, Ash Eastham and Ash Hunter get themselves on the score sheet at the Keepmoat.

Shrewsbury come to the Fylde Coast on the back of a 1-0 victory over Accrington Stanley, and a 6-0 victory over Tranmere in the Checkatrade Trophy. With confidence high, the Salops will want to come away from home for the first and pick up the first three points of the new campaign. 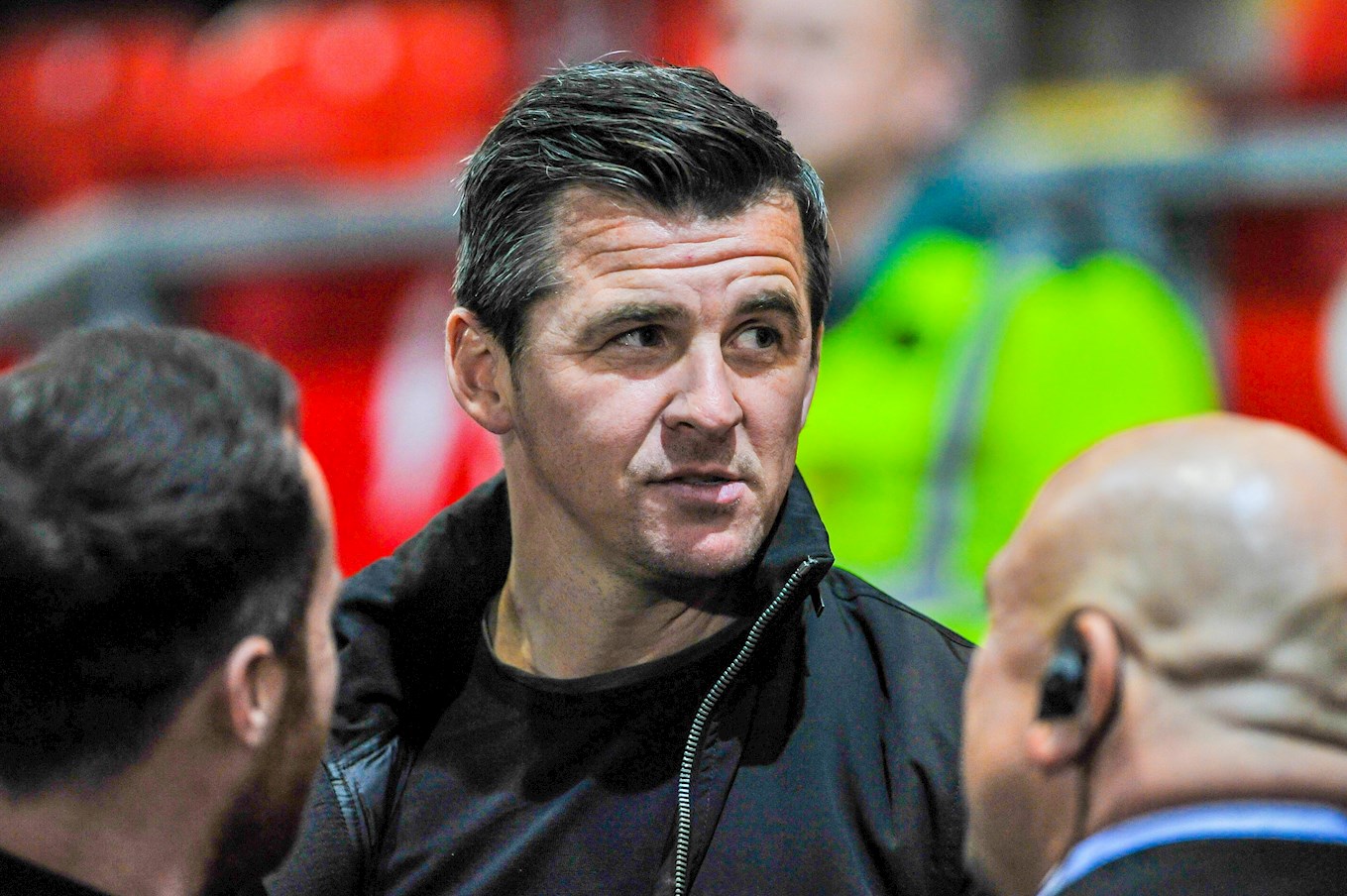 “The madness of League One is that teams are very closely matched. If you get a level of performance which is consistent from your players, you will have a very successful season – something which we’ve been aiming for.

“For me, the most pleasing thing about the Doncaster result was the clinical nature in how we put a team away. Going from 1-0, to 2-0 is massive in all football game, to take control of the emotional state of play.

“We’ve shown that ruthless edge, but for me we need to show it more often. We’re learning and it’ll take time to get everything we want, but the lads have been first class to this point.

“It was nice to win, but it’s only three points. We have a very tough game on Saturday against a team who finished in the play-offs last year – they’ve changed their identity this year, and will be difficult to play against due to their style of play.” 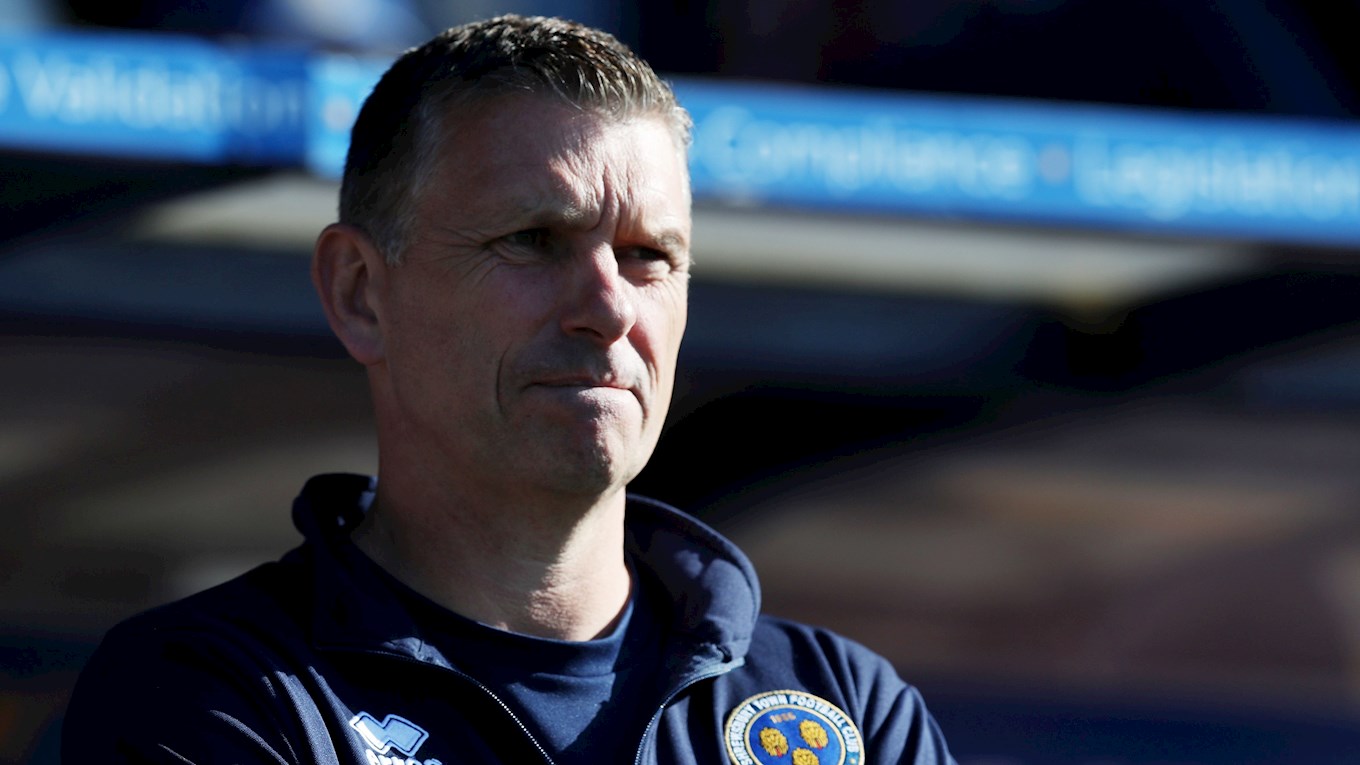 “They have some good players. They had a good win against Doncaster, 4-0 away from home shows that they’re a decent side.

“We have just got to compete and hopefully we can keep doing what we have been doing and get results.

“The supporters who go up there will want to see us trying to play - which we will try and do. The main thing is that we come away with something.” 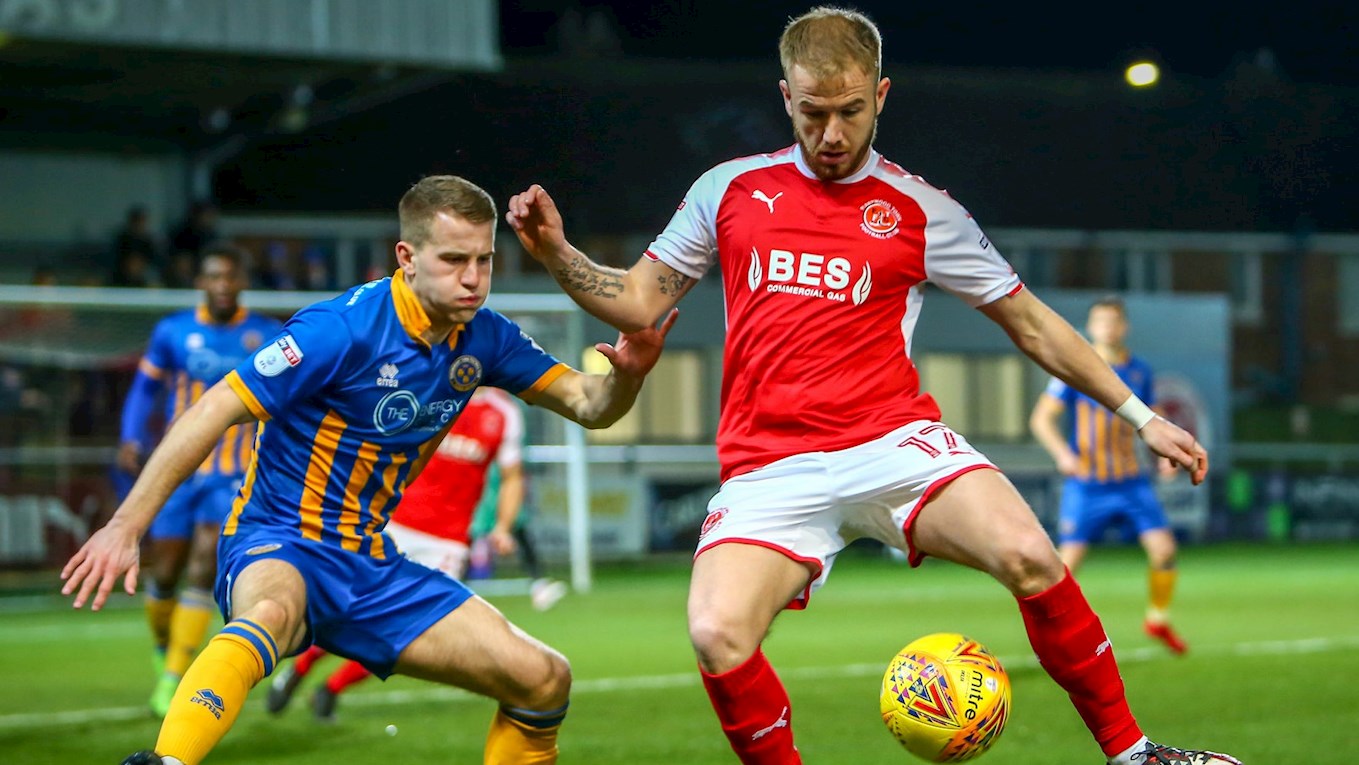 The two sides have met each other nine times since 2015, with six of those coming in Sky Bet League One. Out of those fixtures, there have been two draws, two wins for Fleetwood, and two wins for the Salops.

Last season Shrewsbury took all six points against Uwe Rosler’s side with a late 1-0 win coming away from home, and a then a 2-1 victory at Highbury which saw Shaun Whalley and Nathan Thomas cancel out Paddy Madden’s equaliser in the second half.

Only four of Town’s start team from Saturday’s 4-0 victory over Doncaster Rovers started in that match, with Town looking stronger this time round, especially with results they have picked up in recent weeks. 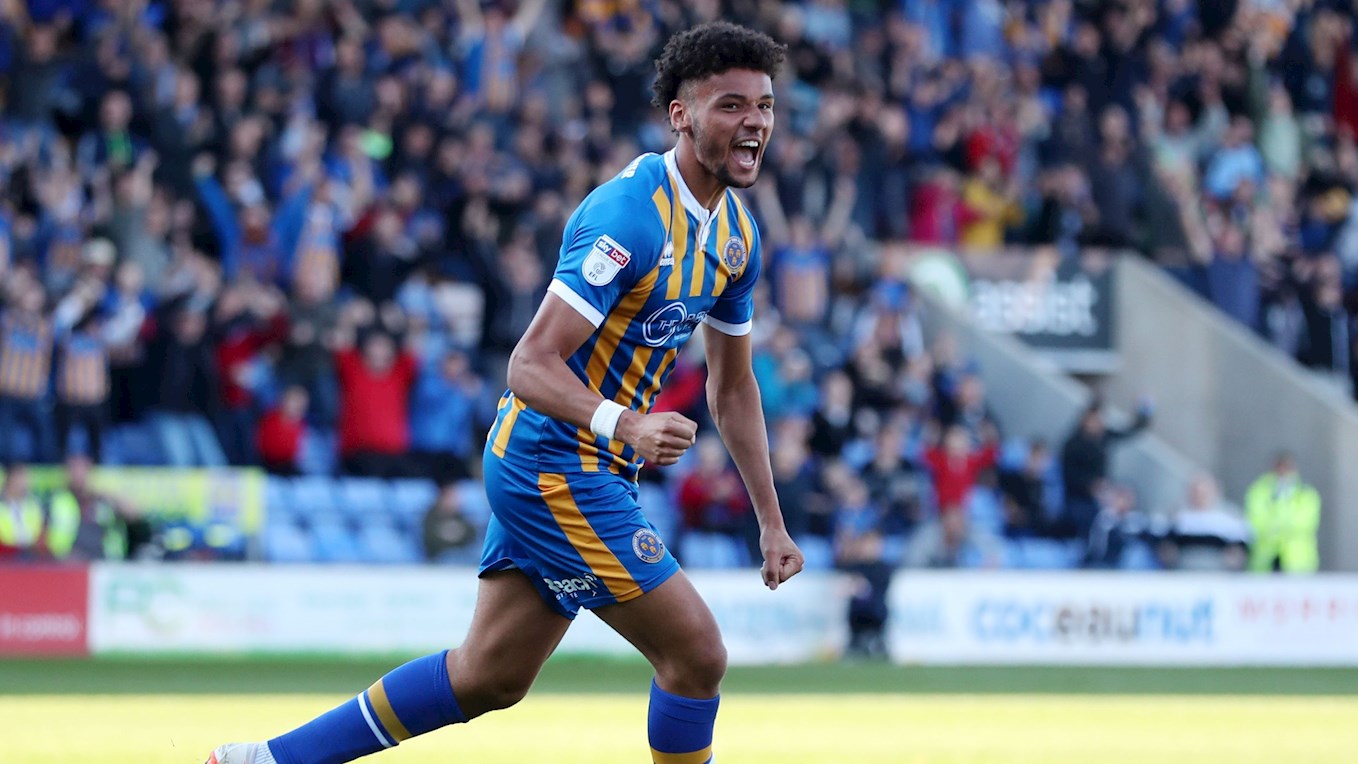 Lee Angol is the one to watch as the striker already has three goals to his name. He started off his career in the Tottenham Hotspur Academy, before moving to Wycombe Wanderers in 2012.

With loan spells at Hendon, Maidenhead and Boreham Wood, the 24-year-old made a name for himself and got a move to Luton Town in two years later. He was sent out on loan to Boreham Wood, where he went on to be the Conference South top goal scorer with 25 goals in 39 appearances.

Peterborough United came knocking, and Angol signed for the Posh on a three-year contract in July 2015. He scored twice on his debut against Oldham Athletic, and went on to finish the season off with 15 goals. Now at Shrewsbury, he will be looking to add firepower into the Salop side, and help them replicate what they did last season, which is reaching the play-offs. 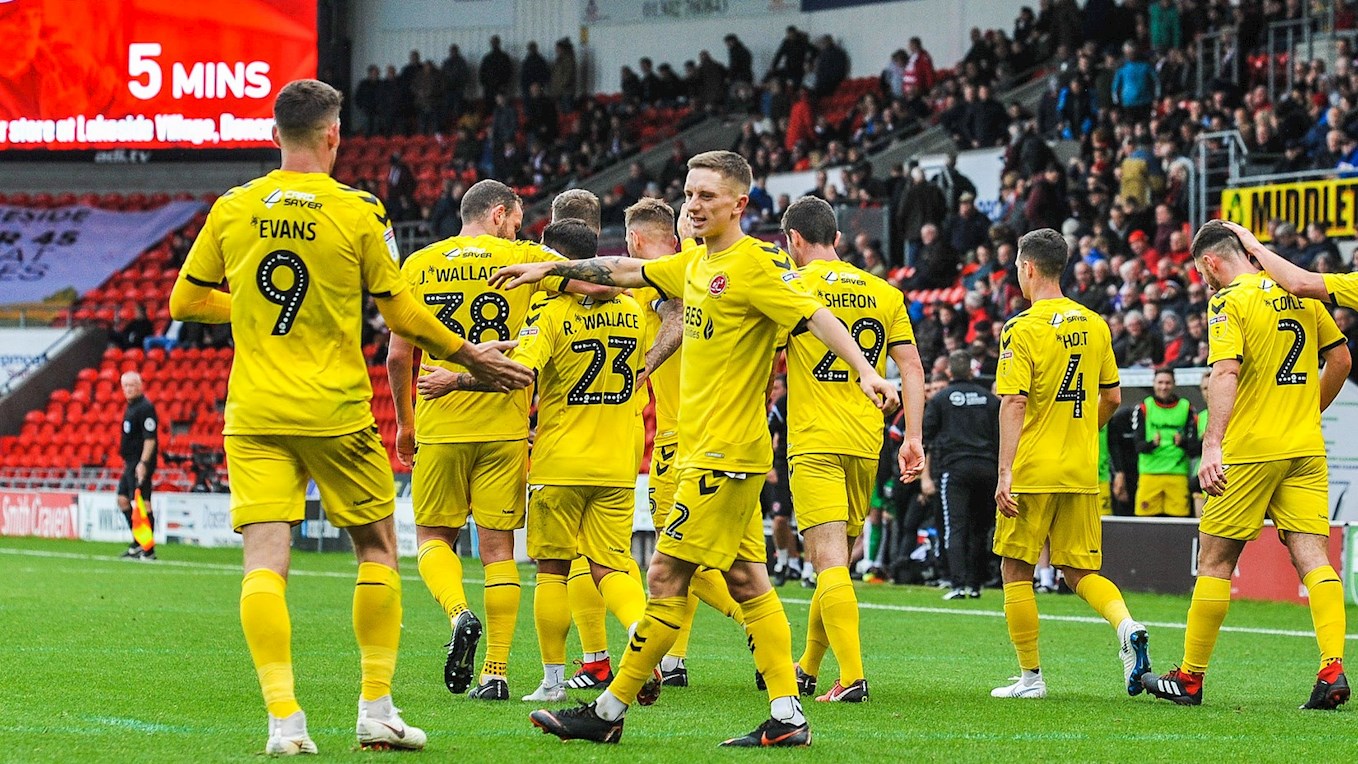 Joey Barton’s side are favourites to pick up all three points this weekend with odds at 6/4.

Last time out Paddy Madden scored against Shrewsbury Town at Highbury Stadium, and with four goals to his name already this campaign, the odds are 5/1 for the Irishman to open the scoring, or 2/1 for him to score at any time.

Ash Hunter has nine assists to his name after 12 league matches and three goals, with the latest being in the club’s 4-0 win last weekend at the Keepmoat Stadium.

Shrewsbury were more threatening after the break and replied through Josh Laurent but Fleetwood stood firm to claim their second home win of the season in front of 2,983.

Two changes were made from the 4-0 win at Doncaster. James Husband and Ched Evans were out through injury. Craig Morgan and Wes Burns returned to the starting line-up.

Fleetwood started brightly. James Wallace ignored easier options to thread a lovely pass, triggering a four-man move. From the resulting corner Burns' header forced a diving save from Joel Coleman. Fleetwood maintained the pressure, Coleman saving again, this time from Ash Hunter whose tenth minute shot from distance caused problems off the slippy surface. The pitch was holding up well considering the persistent rain overnight and through the morning.

Pressure told in the 19th minute and it was a beauty which gave Fleetwood the lead at the Percy Ronson Stand end. Hunter's cross from wide out on the right, the wettest area, was met by a glancing header from Madden. It was the Irishman's fifth league goal of the season.

Fleetwood's second goal was just as sweet. Burns went on a mazy run from central midfield, fed Madden and was on hand to take the return pass on his left foot to score past Coleman for his third goal of the season after 28 minutes.

With precious little opportunity against a dominant Fleetwood side, Shaun Whalley was prompted to strike a speculative long shot after 36 minutes. It went harmlessly wide.

Five minutes before the break, Wallace's game ended through injury. Chris Long deputised. In added time, Shrewsbury's finally gained some ground. Firstly, Fejiri Okenabirhie flashed a shot across the goal area from the left then, two minutes later, his right foot attempt from the opposite side forced Cairns to punch clear.

With two changes made at the interval, The Shrews enjoyed more possession and territory. Hunter gave the ball away needlessly on the left and a cross from Laurent caused a moment of concern in the Fleetwood defence. For the first time in the match, Fleetwood were on the back foot. Eastham blocked a strong shot from Greg Docherty, one of the substitutes. Whalley's cross was turned home by Laurent after 57 minutes.

Stung into action, Fleetwood moved forward through Hunter and Coyle. Coyle drifted in from the left before sending a right foot shot narrowly wide. Both sides were seeing possession but a series of tackles made for a scrappy period of play. Long was substituted by Jason Holt after 70 minutes. Two minutes later, clever football by Ross Wallace forced a free kick on the edge of the area as well as a booking for Waterfall. Hunter's direct shot was palmed away by Coleman at the near post.

Once again Hunter caught the eye and in the 81st minute he sent a long ball from out on the left, which Burns just failed to make contact with sliding in at the back post. Shrewsbury continued to threaten but Fleetwood steadied, the experienced Morgan a leader and rock in defence.

As the game moved into added time, a combination of heroics from Cairns and Eastham kept Shrewsbury at bay as a back post header from a free kick flashed towards goal.