Joey Barton has named his side 18-man squad to face Plymouth at Home Park on Saturday 24th November.

Fleetwood Town have made the long journey down to the South West Coast to face 22nd in Sky Bet League one, Plymouth Argyle.

Derek Adams’ side come into this game on the back of a 5-1 loss away at Luton Town, where Fleetwood picked up a draw at home to Walsall – which saw them keep their first home clean sheet of the season.

Barton has made two changes to the side that started last weekend with James Husband and Wes Burns dropping to the bench. Ched Evans – who made an appearance from the bench last time out – and Ryan Taylor come into the eleven, with Ash Eastham captaining the side after signing a new contract extension at the club. Read more on the news here.

Fleetwood Town suffered a 2-1 defeat away at Plymouth Argyle on a frustrating afternoon at Home Park on Saturday.

A brace from Freddy Ladapo secured the points for the hosts, despite a late Paddy Madden goal which initially gave the Cod Army hope.

However, Plymouth hung on and claimed all three points, as Joey Barton’s side slipped into the bottom half of the Sky Bet League One table.

Barton made two changes to the side that started last weekend against Walsall. James Husband and Wes Burns dropped to the bench, with Ched Evans and Ryan Taylor coming into the starting eleven.

It was an even start to the game as both sides looked to get the ball down on the slick surface at Home Park, and with chances at either end in the early exchanges, the two goalkeeper’s were made to pull off comfortable saves in front of them.

With the quick start, Madden was the player who had the best chance in the opening 15 minutes after Evans knocked the ball down inside the Pilgrims’ 18-yard box.

Despite the ball falling for Madden inside the box, he couldn’t keep his effort under the crossbar. A great chance for the away side to take the lead in the match.

The Pilgrims had a free-kick from close range and it was Lameiras who took it, and his low driven shot through the yellow and green wall made it difficult for Cairns to see, but the keeper did superbly well to parry it away from danger.

Jason Holt thought he had opened the deadlock with his glancing header from close range, but he was denied by Matt Macey, who managed to hold onto the ball and keep the ball out of his own net.

Captain David Fox nearly caught Cairns out with a spectacular effort from long range. The former Blackpool midfielder thought he had scored a goal he would remember for a long time, but he was denied by a great diving save.

Once again, Cairns was in the heart of the action and what a save it was to keep his side level as the referee was about to blow his whistle for half-time. Cairns thought the ball was going one way, and with a deflection on its way through, he had to rearrange his body to get a hand to the ball, and push it away from the on running Plymouth striker.

Burns was introduced at half-time in a substitution that saw Holt make way, meaning there was a change in system from Barton and Fleetwood as the second half began with Plymouth getting us underway.

Evans left the defenders for dead with a Cryuff turn on the edge of the Plymouth penalty box, and with the centre halves looking one way, the Welshman went the other way, however his shot went wide of the right hand post. Just the finish missing from the striker scoring a lovely solo effort.

Town were looking to get the home side on the counter attack, but you have to say after shipping five last weekend away at Luton, the Green Army stood firm and snuffed out any chances that fell to their opponents.

Despite pushing forward, it was Plymouth who scored the first goal of the afternoon. Ladapo was left one on one with Cairns, and after hitting the woodwork moments earlier, he slid the ball in at the near post to send the home fans celebrating.

It would have been the perfect comeback as Madden went close to levelling the score line two minutes later, but Macey was positioned well to calmly collect the ball from the well hit shot at goal.

Ladapo scored his second of the match with a close range header with ten minutes left in the game, and with Town looking to get a goal back, it didn’t take long for the team in yellow to make it a nervy last five minutes.

Madden scored after a superb move down the right wing with Burns making a run past the back line to open the space up, and with his pull back into the box, the Irishman found the back of the net with a lovely finish past Macey.

Town pushed more and more bodies forward to get another goal back and the equaliser in this match, but the Pilgrims managed to stand firm and claim the three points.

Tickets and coach travel for Fleetwood Town's trip to Plymouth Argyle go off sale from the club on Friday at 4:30pm.

The Cod Army make the long trip south to face Argyle, with Joey Barton's side looking to build on last weekend's draw against Walsall.

Tickets are priced for the match as follows:

PLEASE NOTE: PRICES INCREASE BY £2 IF PURCHASED ON MATCH DAY

Coach travel will be available for supporters on Saturday morning, with the coach departing from Highbury Stadium at 7am.

For further details on the fixture, or to purchase tickets or travel, please contact the ticket office at Highbury Stadium or call 01253 775080. 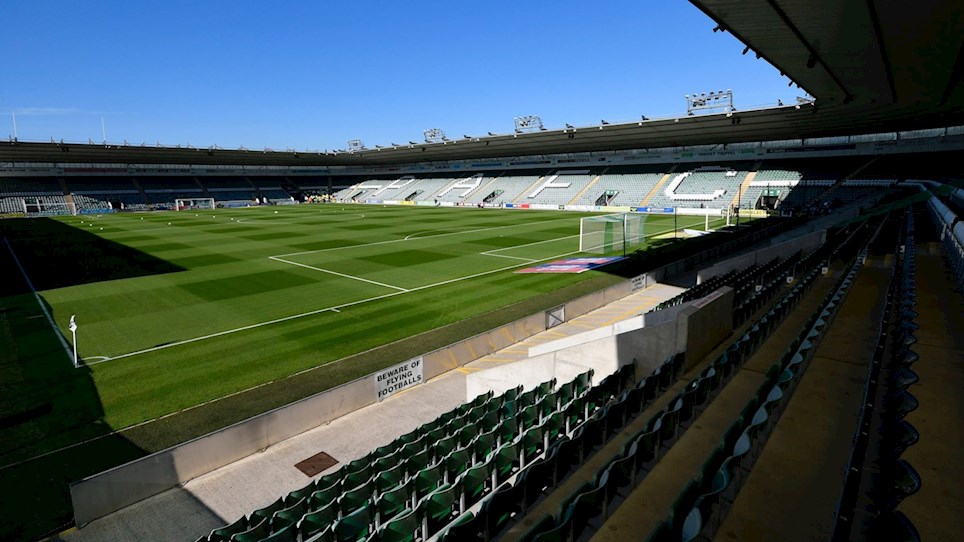 Tickets and travel on sale for Plymouth away


Fleetwood Town travel to Plymouth Argyle on Saturday 24th November in Sky Bet League One, and NOW you can purchase your ticket and travel.