It’s set to be another exciting weekend in Sky Bet League One. Sporting Life’s Tom Carnduff previews the upcoming action.

Luton are looking good for promotion to the Sky Bet Championship with a seven-point gap between themselves and third.

The Hatters continue to pick up positive results and find themselves as the odds-on favourites for the title with eleven games remaining.

They’ll be hoping that continues this week as they travel to Plymouth, who saw defeat to Sunderland end a positive run.

They are still in a good position though and will be hopeful of inflicting what will be Luton’s fifth defeat of the season.

Sunderland are one side who don’t lose many games, just two in the league this season, but 14 draws has seen them sit just outside the automatic promotion spots.

They have been winning games though in recent weeks with three consecutive in the league. The Black Cats have also secured a spot at Wembley in the Checkatrade Trophy final.

Wycombe are up next and Wanderers are looking to halt a run of four defeats on the bounce. They do have one of the best home records in the division though and they will look to draw confidence from that.

In between those two in second is Barnsley, and they’ll be hopeful of continuing their strong form at home when they take on Accrington.

The Tykes are yet to be beaten in the league at Oakwell this season and that has helped to fire them into automatic promotion contention.

Stanley did pick up a point away at Sunderland in their last away game though and will be hoping for at least a draw here.

There’s a potential dress rehearsal for the play-offs at the Valley in Saturday’s late kick-off, where Charlton meet Portsmouth with five points separating the two teams.

Both have seen one win and three draws in their last four outings, although Pompey will be hopeful that the best away record in the division can see them pick up something here.

Doncaster are looking to get back to winning ways in their quest for the top-six, having failed to pick up maximum points in their last three.

A trip to bottom club AFC Wimbledon is next up on Saturday. The Dons may be nine points adrift of safety, but they have lost just one of their last four, two of which have been wins.

They’ll be hoping that Walsall slip up in their quest for safety. However, the Saddlers have a win and a draw in their last two as they look to move away from the drop zone.

Fleetwood are the visitors next and Joey Barton’s men are still in the running for the play-offs. They have lost just one of their last five.

Blackpool are mighty once again, and they’ll be hoping a bouncing Bloomfield Road crowd will see victory as they welcome Southend.

The hosts could move to within a point of the play-offs with a win, and a strong defensive record this season could help them do just that.

Sitting above Blackpool is Peterborough, who are looking for more League One play-off success under Darren Ferguson’s guidance.

Posh have won two of their last three and travel to struggling Bradford City. The Bantams have lost three of their last four but will be optimistic of a new manager bounce under Gary Bowyer.

Another side who have opted with a managerial change is Rochdale, who ended their lengthy spell with Keith Hill at the helm as they look to retain their League One status.

A visit from in-form Shrewsbury is up next, with Sam Ricketts’ men moving themselves away from the bottom form with a number of positive results.

Two sides who also want to move clear of the relegation zone are Gillingham and Oxford, with the two playing against each other on Saturday.

Despite their league positions, they have been picking up wins in recent weeks which sets this one up to be a contest that can go either way.

Coventry get the weekend underway with a home tie against Burton on Friday night.

Victory for the Sky Blues will move them to within a point of the play-offs and they’ll be hoping that results go their way on Saturday as they aim for a top-six finish. 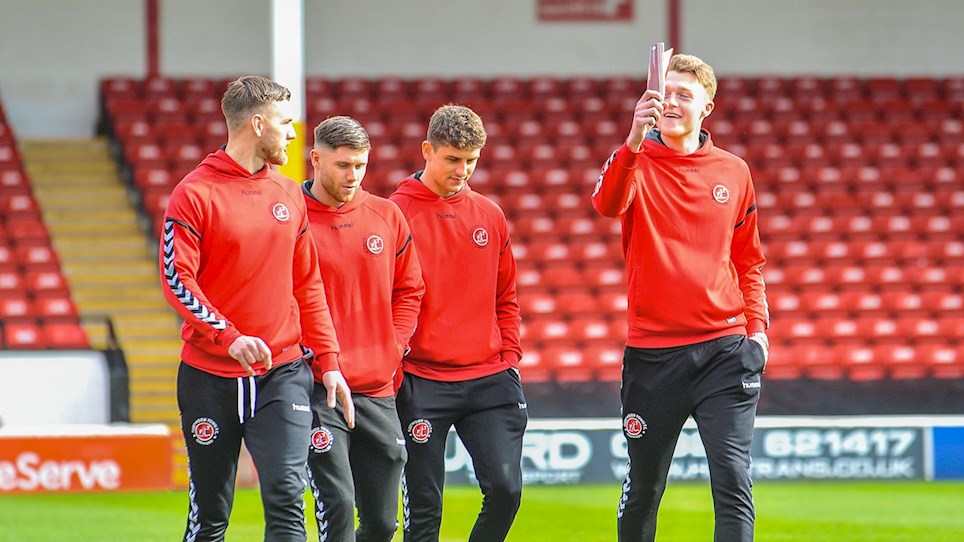 
Fleetwood Town head coach Joey Barton has named his squad ahead of this afternoon's Sky Bet League One match against Walsall.

Fleetwood Town suffered their first away defeat of 2019 as they lost 2-0 at Walsall on Saturday afternoon.

Second half strikes from Morgan Ferrier and Dan Scarr sealed the points for the struggling Saddlers, in a frustrating afternoon for the Cod Army.

Ash Hunter thought he should have had a penalty in the first half after Scarr pulled him down inside the area, with Wes Burns and Paddy Madden also going close. However, it was to be the home side who came away from The Banks’s Stadium with all three points.

Joey Barton made two changes to the team which drew 1-1 with Gillingham last time out. Ross Wallace returned from suspension, with Jason Holt also coming into the side. Lewie Coyle and Nathan Sheron moved to the bench.

Fleetwood had the better of the play in the first half, and started the game well with Holt seeing plenty of the ball in midfield. Ched Evans slid Madden into the area after a quarter of an hour, but the Irishman’s cross-come-shot was cleared by Nicky Devlin.

Burns saw his 30-yard free-kick tipped round the post by Liam Roberts as Barton’s side looked for a deserved opener. Meanwhile at the other end, Zeli Ismail was the biggest threat for the hosts, looking lively on the right side.

Hunter bent an effort wide of Roberts’ post after half an hour, before going down under a challenge from Scarr just six minutes before the break. Referee Eddie Ilderton waved away the protests from the visiting players. All square at the break.

Walsall started the second half the better side and took the lead on 54 minutes. Fleetwood allowed George Dobson’s corner to bounce at the front post, with Ferrier nodding in unmarked from inside the six-yard box.

After Alex Cairns denied Josh Gordon a second with a fine one-v-one save, The Saddlers doubled their lead. Scarr headed past Cairns from a second phase of a corner which the visitors failed to clear. Another disappointing goal to concede, with Walsall making the most of the limited chances they were given.

Barton turned to his bench and handed league debuts to Under 18s duo Ryan Rydel and Barry Baggley, with both adding energy to a side that were two goals down.

Ash Eastham had the best chance for the Cod Army just three minutes from time, but his volley was wide from just six yards out.

Fleetwood will look for a response on Tuesday night when they travel to Coventry City.


Fleetwood Town head coach Joey Barton has named his squad ahead of this afternoon's Sky Bet League One match against Walsall.

Tickets are still on sale for Fleetwood Town's next two away trips to Walsall on Saturday, and to Coventry City the following Tuesday.

Joey Barton’s side gained a point against Gillingham at the weekend, and now have two back to back away games scheduled in Sky Bet League One.

On Saturday 9th March, the Cod Army will travel to Walsall, and on Tuesday 12th March they will make the 292 mile round trip to the Ricoh Arena.

Below are more details about ticket prices and coach travel to the matches. 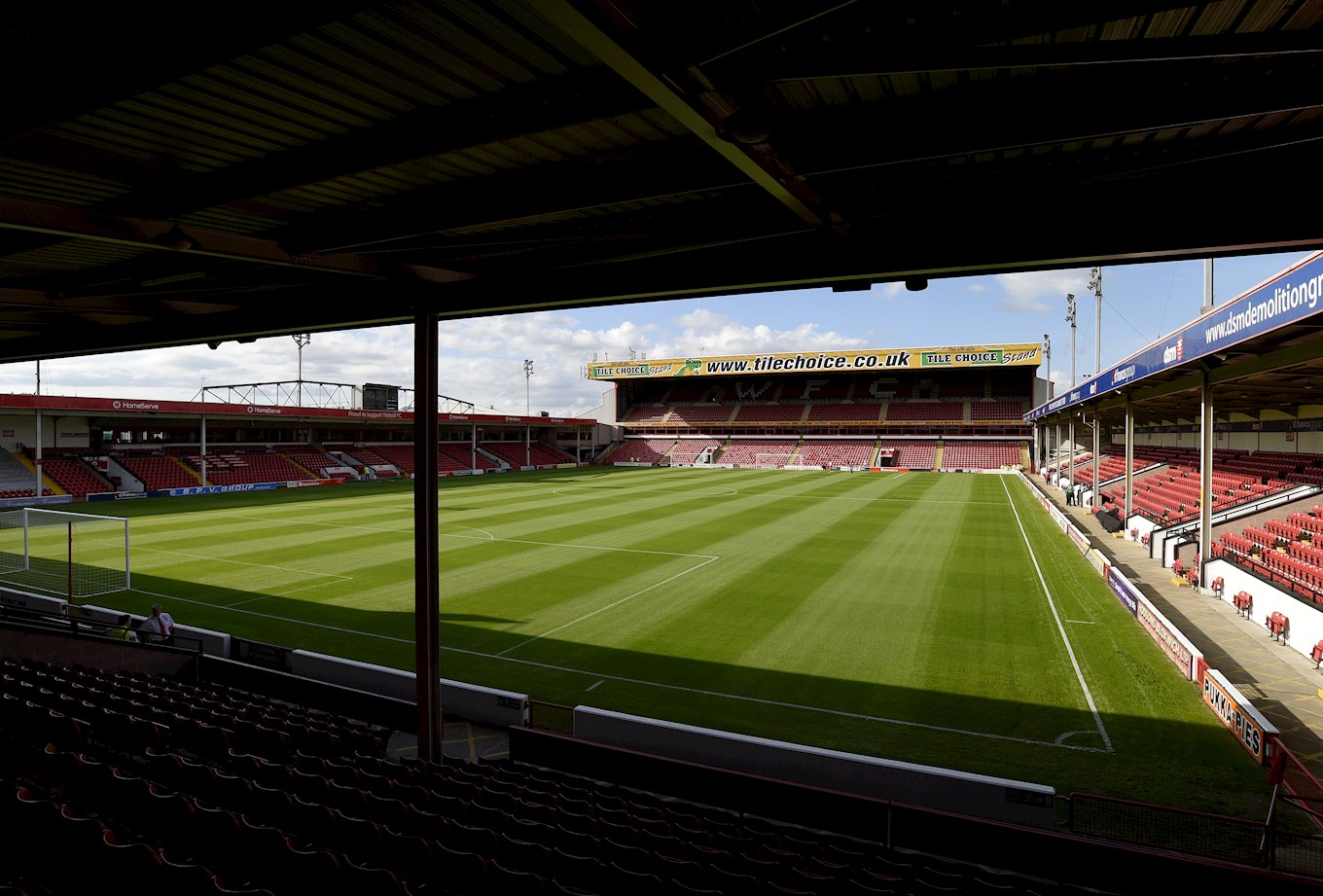 For the game against Walsall, Fleetwood Town supporters will be sitated in the ST Francis Group Stand.

tickets for the game will be priced as followed:

Walsall are also offering a Family Ticket for the game (One adult & One under 18), and this deal will ONLY be available from the Walsall Ticket Office. The price for this is £22.50.

PLEASE NOT THAT ALL THE PRICES ABOVE WILL INCREASE BY £2 IF BOUGHT ON MATCHDAY! 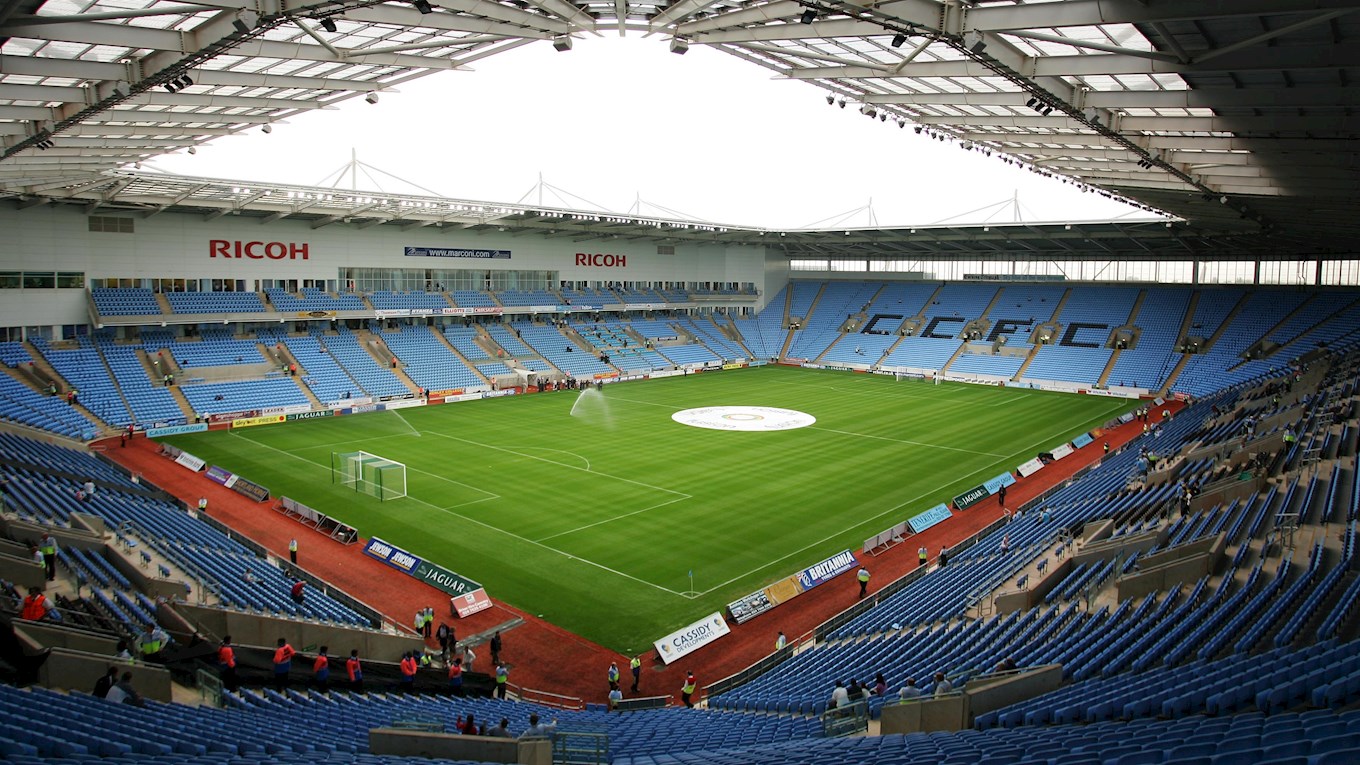 The Cod Army are due to travel to Coventry City on Tuesday 12th March, and tickets are now on sale for fans, who will be situated in the South Stand.

Last time the two sides met at the Ricoh Arena was back on Saturday 21st January 2017, where Fleetwood came away 1-0 winners thanks to a 90th minute goal from former Town defender, Cian Bolger.

Tickets are priced as below: 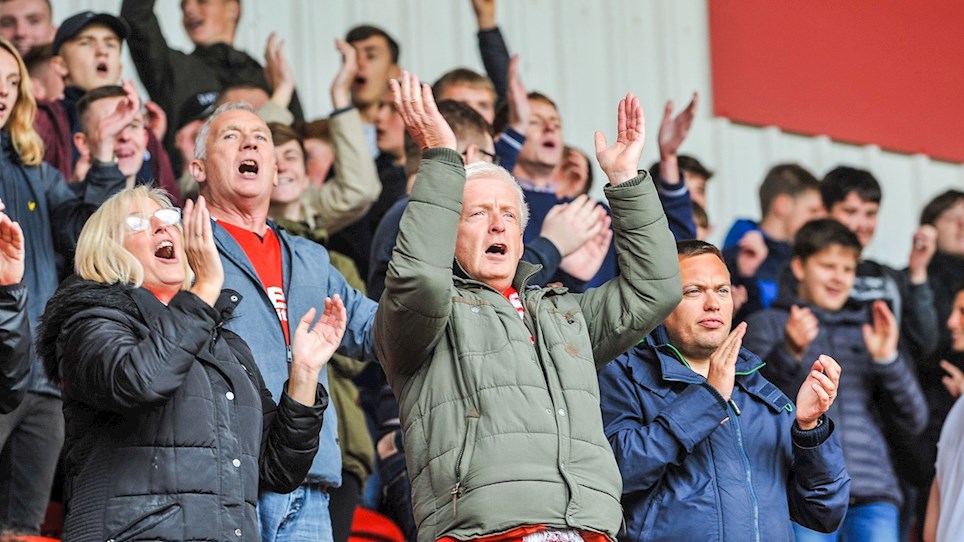 Tickets now on sale for trips to Walsall and Coventry


Tickets for Fleetwood Town’s games against Walsall and Coventry City, on the 9th and 12th of March respectably are now on sale.