Oxford United are the visitors this weekend to Highbury in Sky Bet League One, and we have all you need to know ahead of the match on the Fylde Coast. 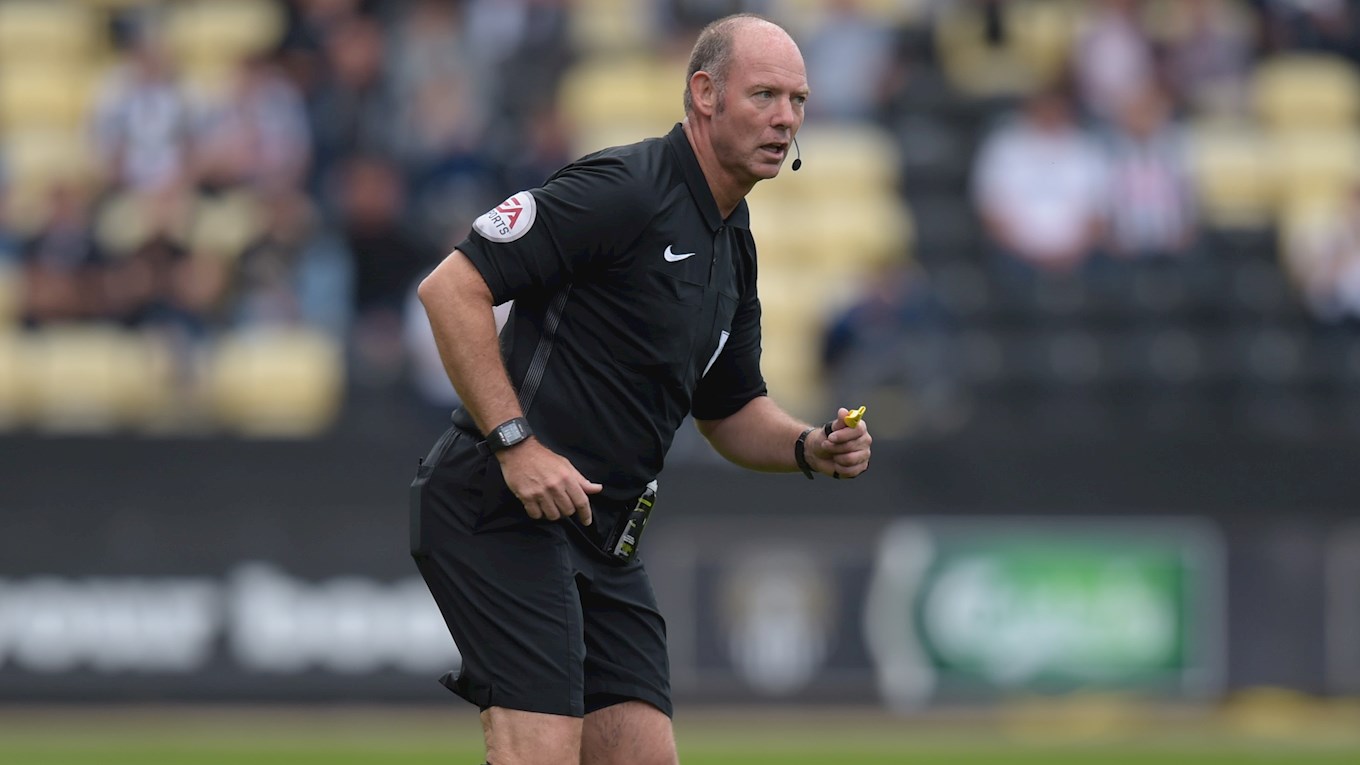 Fleetwood Town will be looking to bounce back after a last-gasp home defeat to AFC Wimbledon in the FA Cup last weekend. The Cod Army will be confident they can do so against Saturday’s opponents Oxford United, who sit 10 places and eight points below them in the League One Table.

There has been plenty of transfer activity at Highbury this week, with right-back Lewie Coyle extending his loan deal and Ashley Nadesan returning from Carlisle. Bobby Grant and Chris Long have both left the club, while Kyle Dempsey has joined Peterborough on loan until the end of the season.

Paddy Madden will make his 50th appearance for Fleetwood if he features. The Irishman has scored 20 goals in all competitions since joining 12 months ago, including a late penalty which sealed a 2-0 win at the Kassam Stadium in August.

Striker partner Ched Evans will be unavailable as he starts a two-match ban. 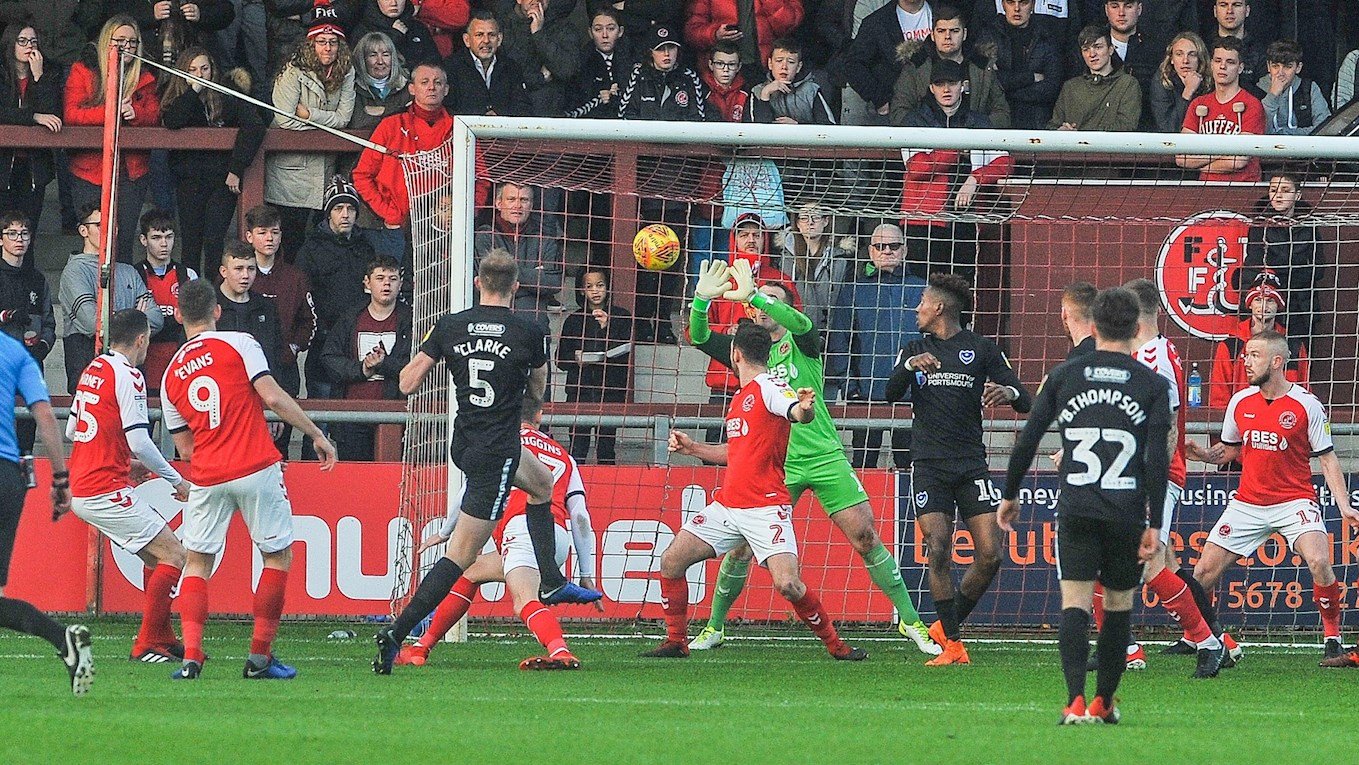 It’s been a miserable season so far for Oxford United, who sit in the relegation zone after four games without a victory over the Christmas period. A decent FA Cup run had provided some measure of relief until Karl Robinson’s men were knocked out by Brentford at the weekend.

A trip to Highbury is not something that will be looked upon with relish by Oxford fans. The U’s have never tasted victory against Fleetwood, despite the clubs meeting nine times since January 2013. Oxford are also the only side yet to win away from home in League One this campaign.

James Henry (11 goals) and Marcus Browne (seven) are the visitors’ chief threats in front of goal, while Cameron Brannagan, who was on loan at Highbury during the 2016/17 season, will look to pull the strings in midfield. 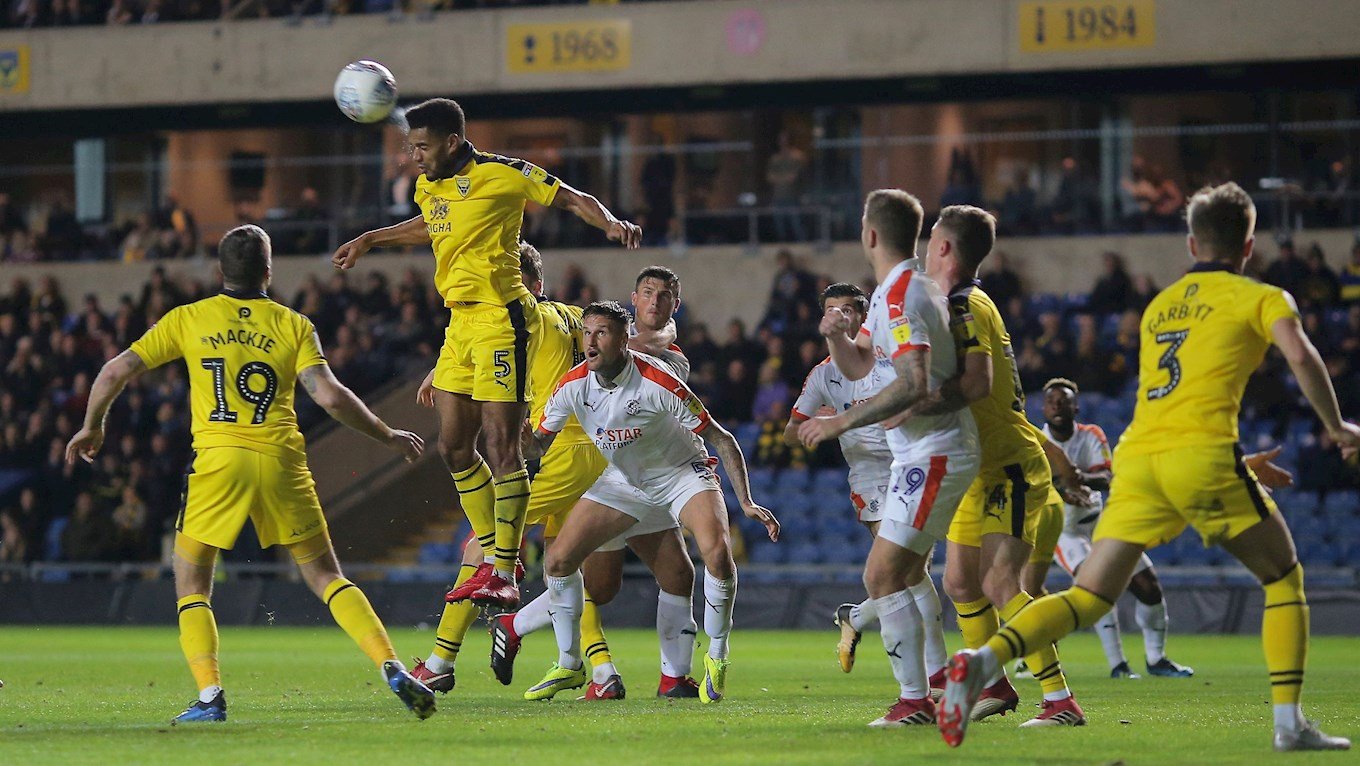 Henry came through the academy at Reading, making his debut for the Royals in September 2007 in a League Cup defeat at Anfield. After struggling to break through at the Madejski, Henry moved to Millwall on a permanent deal in 2010 after two successful loan spells.

The midfielder enjoyed three-and-a-half productive years in south-east London, before fellow Championship club Wolverhampton Wanderers snapped him up in December 2013. Henry would go on to make 107 appearances at Molineux but after finding himself surplus to requirements in 2016/17, he was loaned out to League One Bolton Wanderers.

Since signing for Oxford United 18 months ago, Henry has reinvented himself as a goalscoring midfielder. He was joint top-scorer for the U’s with 11 goals in all competitions last season, a tally he’s already matched this campaign. 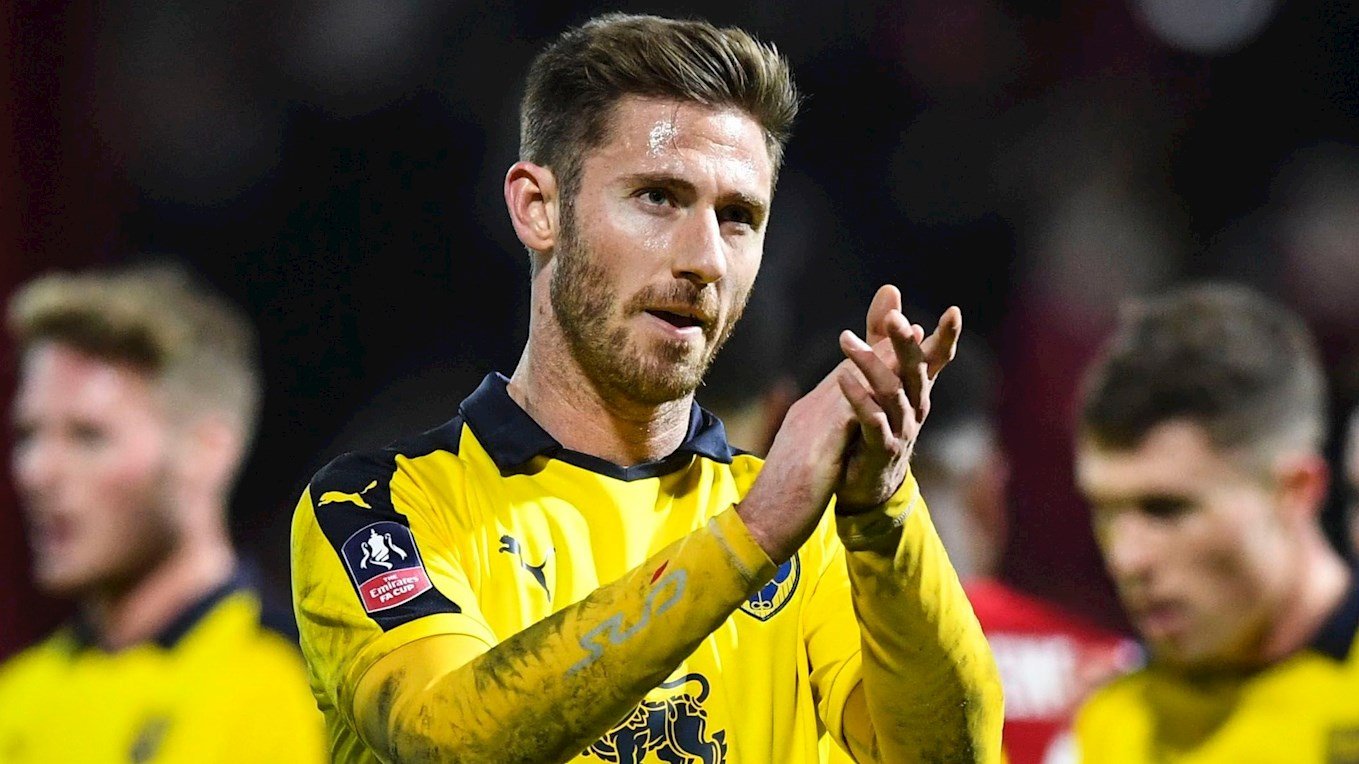 "Karl is someone I've got a good relationship with. Obviously, I've picked his brains about management before I took the job and I speak to him on a regular basis.

“He's somebody who I think tries to play the game in the right manner, his teams always want to play football and he's a manager that has done really good things in the game.

“I've got a tremendous amount of respect for Karl and his team and I know that we're in for a tough game. This league table has shown there's some big clubs down that bottom end, sides that probably had ambitions at the start of the season to be in the play-off picture.

“The previous game against Oxford was my first away win as a manager but it’s another test that we have to be absolutely focused on and we have to be miles better than what we were in key stages on Saturday.” 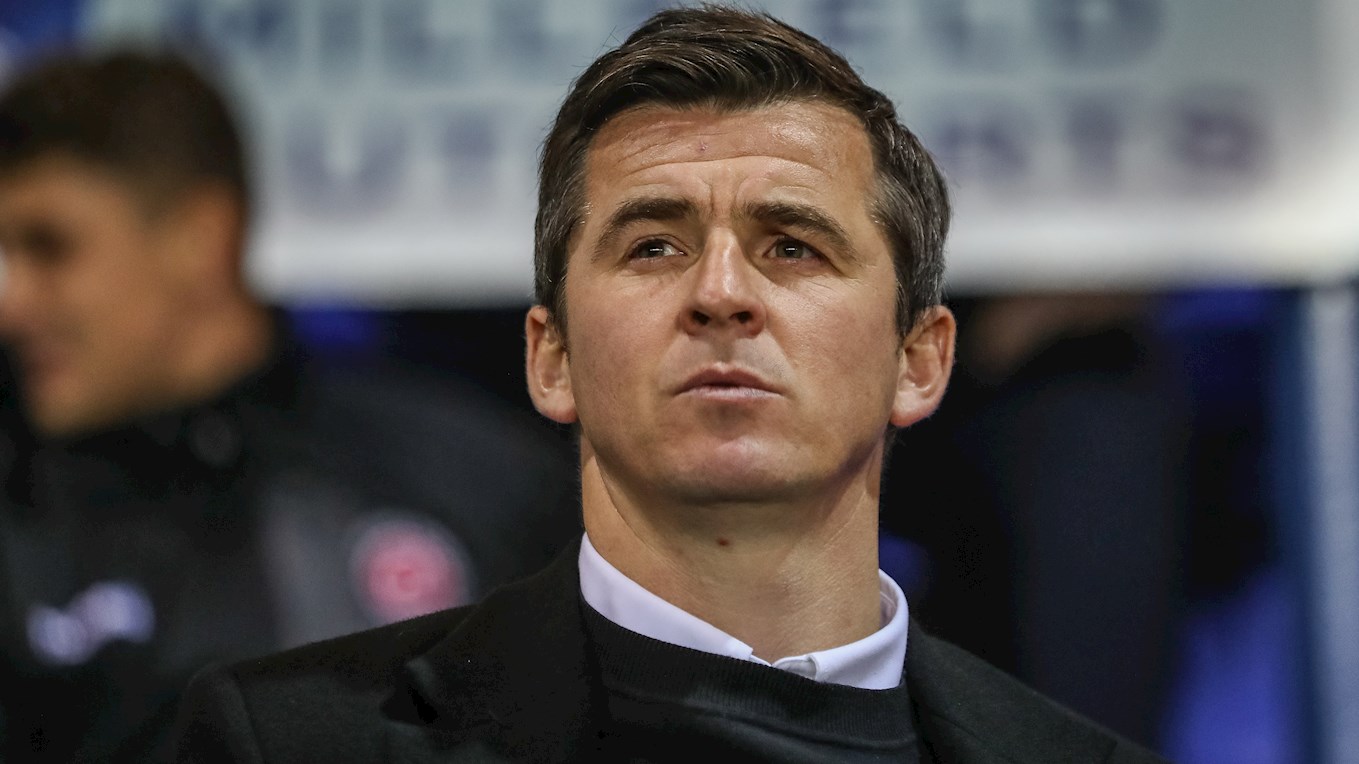 “I said to the players that we would use the last two games to build. There were things we over-compensated on against Brentford and maybe under compensated at Cheltenham. The two games were a bit disconnected but we got what we wanted out of them and it’s important we concentrate on the league now on Saturday.” 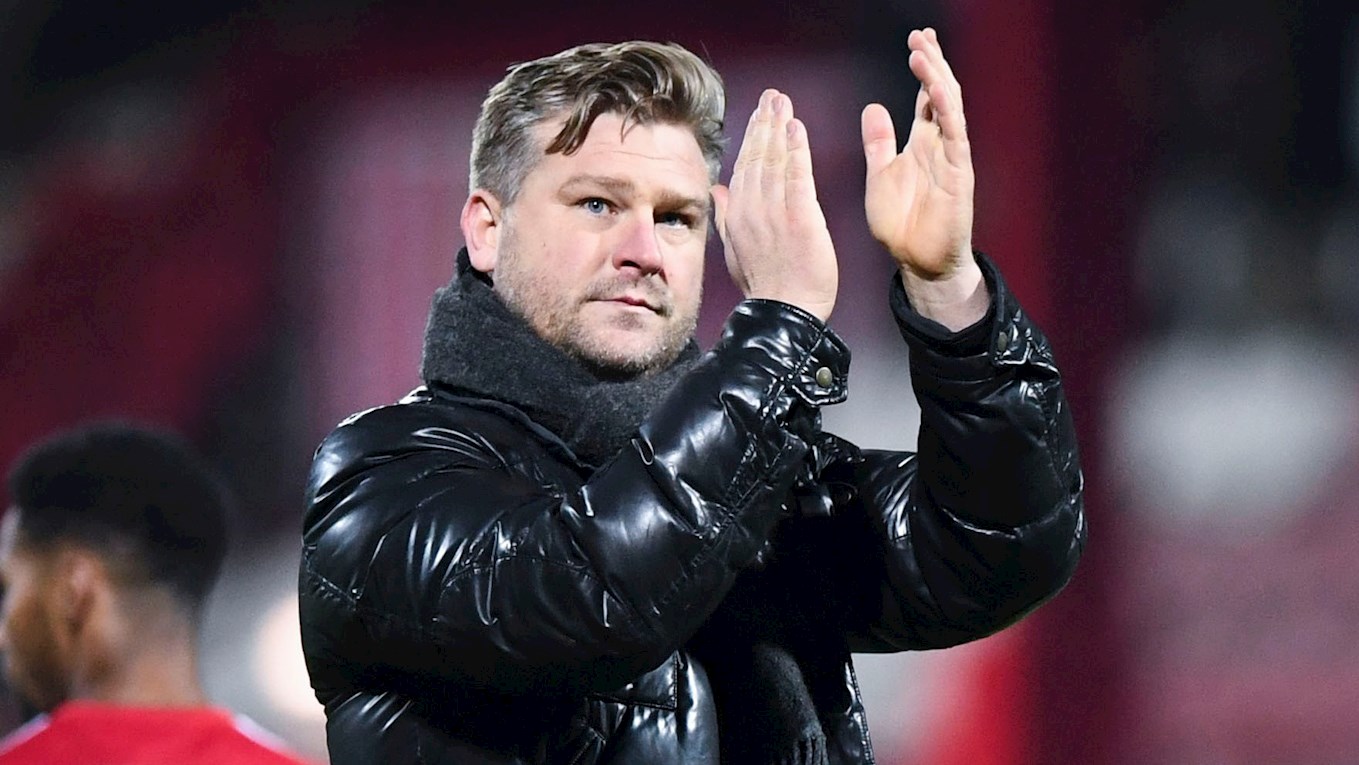 Home supporters can purchase tickets for the game in person, either at Poolfoot Farm or in the club shop at Highbury Stadium. You can also buy tickets online here.

See the ticket prices for the match against Oxford below: 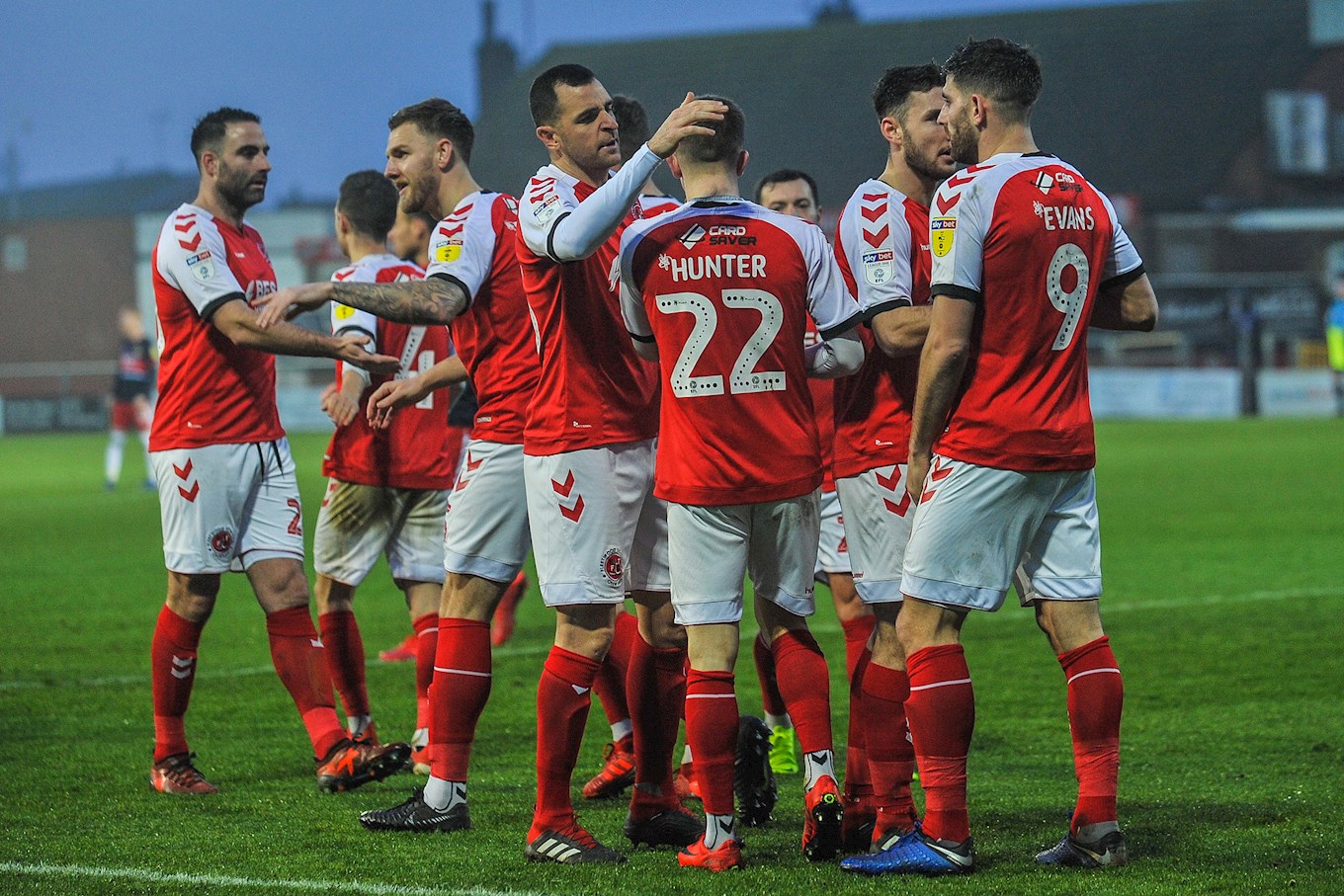 Fleetwood edge the betting ahead of this Sky Bet League One fixture. The Cod Army are 7/5 to extend their winning run against the U’s to seven games.

If you fancy Oxford to pick up their first win of the season away from home, Karl Robinson’s men are currently priced at 17/10, with the draw at odds of 12/5.

Town have kept a clean sheet against Oxford in each of the last three meetings between the sides, so if you’re backing Alex Cairns to manage a fourth shut-out, back Fleetwood to Win to Nil at 3/1.

Fleetwood Town were left frustrated on Saturday as Oxford United came from two goals down to draw 2-2 at Highbury Stadium.

First half goals from Wes Burns and Paddy Madden were cancelled out by second half strikes from Jamie Mackie and James Henry, in what was truly a game of two halves.

Fleetwood went 1-0 up after 8 minutes thanks to Burns and were two goals up at half-time thanks to Madden’s strike after a great counter attack. The visitors came out the blocks in the second half almost like a different team and managed to rescue a point.

Burns got Fleetwood off to the best possible start after he calmly slotted past Simon Eastwood to put Town in front within the first ten minutes. That puts Welsh attacker now with six goals in the league for the Cod Army.

Oxford were not overwhelmed by the early goal and instead came out with a spell of consecutive attacks, none of which troubled Alex Cairns in between the sticks for Town.

The first 20 minutes of the game was very open with both sides having spells of possession, but the visitors struggled to cause any danger going forwards. However, the Cod Army continued catching The U’s out on the counter attack which led to Jamie Hanson being booked after a cynical tackle on Burns.

Town took advantage of Oxford’s high defensive line with a clinical counter attack. Madden carried the ball through the middle of the park, before finding Ashley Nadesan who returned the favour, teeing up a first-time finish for the Irishman, to make it 2-0.

That was Madden’s 15th goal of the season in all competitions, with Nadesan being directly involved in a goal on his full debut for the club.

Burns continued to be a nuisance for Oxford, especially for Eastwood, after finding himself in space and taking the shot on but this time he hit it wide of the goal, from 30-yards-out. Town kept making chances and four minutes later, in the 36th minute, Lewie Coyle picked out Madden with his pull-back but the Irishman’s shot was scuffed wide.

Oxford got their first shot of the game two minutes later, but Marcus Browne’s attempt was over the bar. The U’s got another chance on the brink of half time after Gavin Whyte was allowed to shoot following a corner but Town weren’t troubled and were able to clear the danger.

The visitors continued on from their energetic end to the first half and in the 52nd minute capitalised on a midfield error, with James Henry finishing off a low cross to the near post.

Nadesan had another chance, on his impressive return, driving into the box to force a low save from Eastwood. Two minutes later and the forward was involved once again after he pounced onto Coyle’s low cross, but his effort was pushed past the post.

The yellows eventually found the equaliser they were looking for, in the 64th minute, after substitute Jamie Mackie fired past Cairns from close range.

Momentum was with the visitors now but the game remained to be open, although Oxford continued to pressure Town’s defence but Henry’s shot on goal was blocked.

That result is Fleetwood Town’s eight draw of the campaign and takes the Cod Army to 10th in Sky Bet League One.

Tickets remain on sale for this Saturday match when Fleetwood Town take on Oxford United in Sky Bet League One.

Joey Barton welcomes Karl Robinson and his Oxford side to Highbury this weekend, with the Cod Army looking to get back to winnings ways in the league.

Barton's first win as Town boss came against Oxford United on Saturday 11th August 2018, where Ched Evans' first goal for the club, along with Paddy Madden's penalty was enough to see off The U's in a 2-0 away win at the Kassam Stadium.

Here are the highlights from our last meeting with Oxford:

Tickets are available to buy in store at Highbury Stadium or at the club's training ground, Poolfoot Farm. Fans can also buy their match day tickets online, which can be collected at the ground on the day of the match, or printed off in the comfort of your own home.

Here are the prices for all age groups for Saturday's match:

If you require more information, please call us on (01253) 775080, or by calling into the club shop either at Highbury or Poolfoot Farm. We look forward to seeing you at Highbury this weekend!