Joey Barton’s side make the two-hour trip east to National League North side Guiseley AFC for their Emirates FA Cup second round tie on Monday night at Nethermoor Park.

The two sides, who are 76 places apart in the footballing ladder, will play in front the TV cameras next week as Town hope to reach the third round for only the fourth time in their history.

After a convincing win against Coventry City at Highbury on Tuesday night, Joey Barton will be hoping to avoid any possible cup upset against the Lions.

Marcus Bignot & Russ O’Neill’s side welcome the Cod Army after knocking out Sky Bet League Two outfit Cambridge United in the previous round, beating Joe Dunne’s side 4-3 on the day. 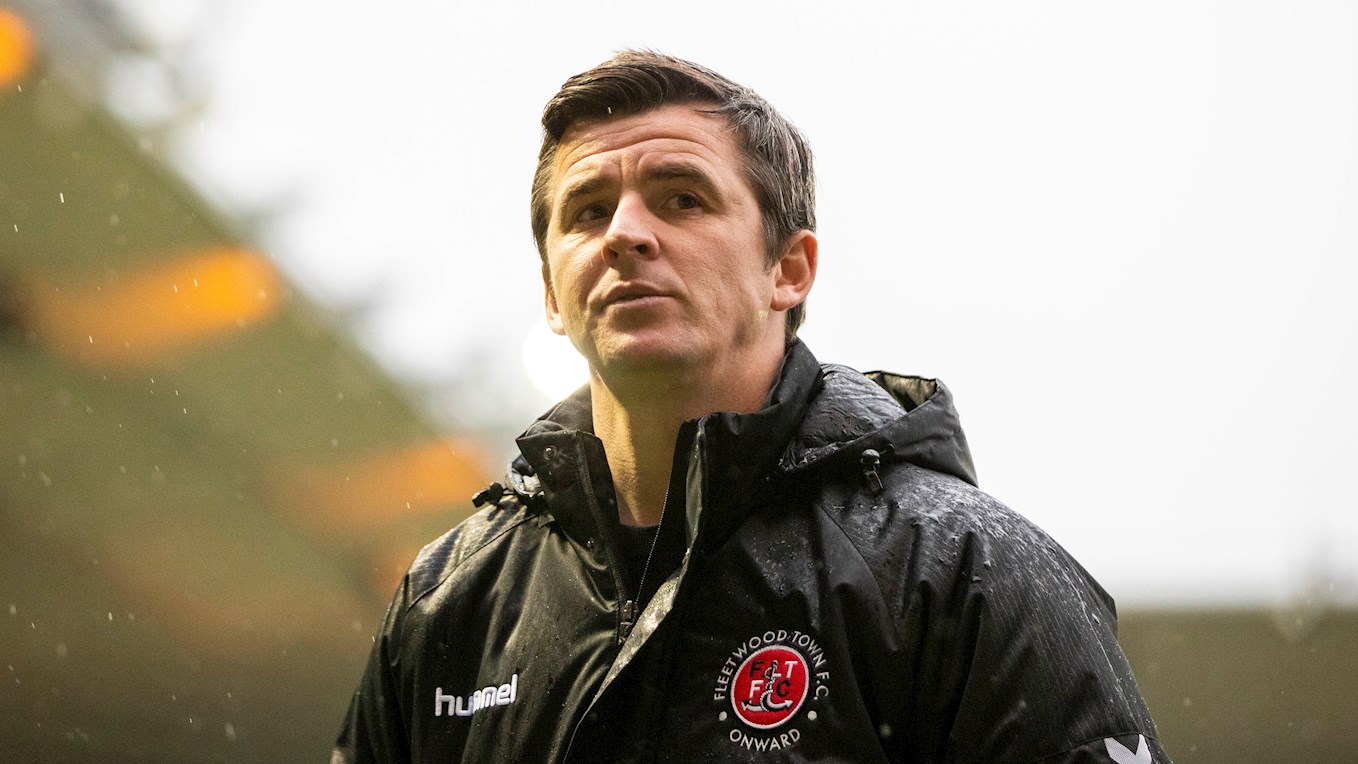 “They’re a good side, obviously they’ve taken a league scalp in Cambridge last time out. We’ve got to be on our mantle, we’ve got to be ready for what the game brings. There will be a number of things to factor in from pitches, to the TV being there and that underdog feeling around the FA Cup. For us it’s about being professional, preparing for it the best we can. The reality of it is, Guiseley will need us to have an off day and they’ll need to play close to their maximum in order to progress, we know that.

“We’re just intent on controlling what we can control. I’ll prepare the team exactly the same for Guiseley as I would for Manchester United. They deserve the respect, they’re in the cup on merit, if you do have that little bit of complacency anywhere, the FA Cup can have a nasty habit of leaving you with egg on your face. The intent from us will be to go there and process into the third round of the cup, but we’ve got to be mindful that this is an FA Cup tie, we’ve got to be fully professional about it.”

The last time the two sides met was ten years ago in the Northern Premier League. The two sides played a 2-2 draw in front of 646 spectators at Highbury. The Cod Army went onto to be crowned champion that year on their journey to the Football League. 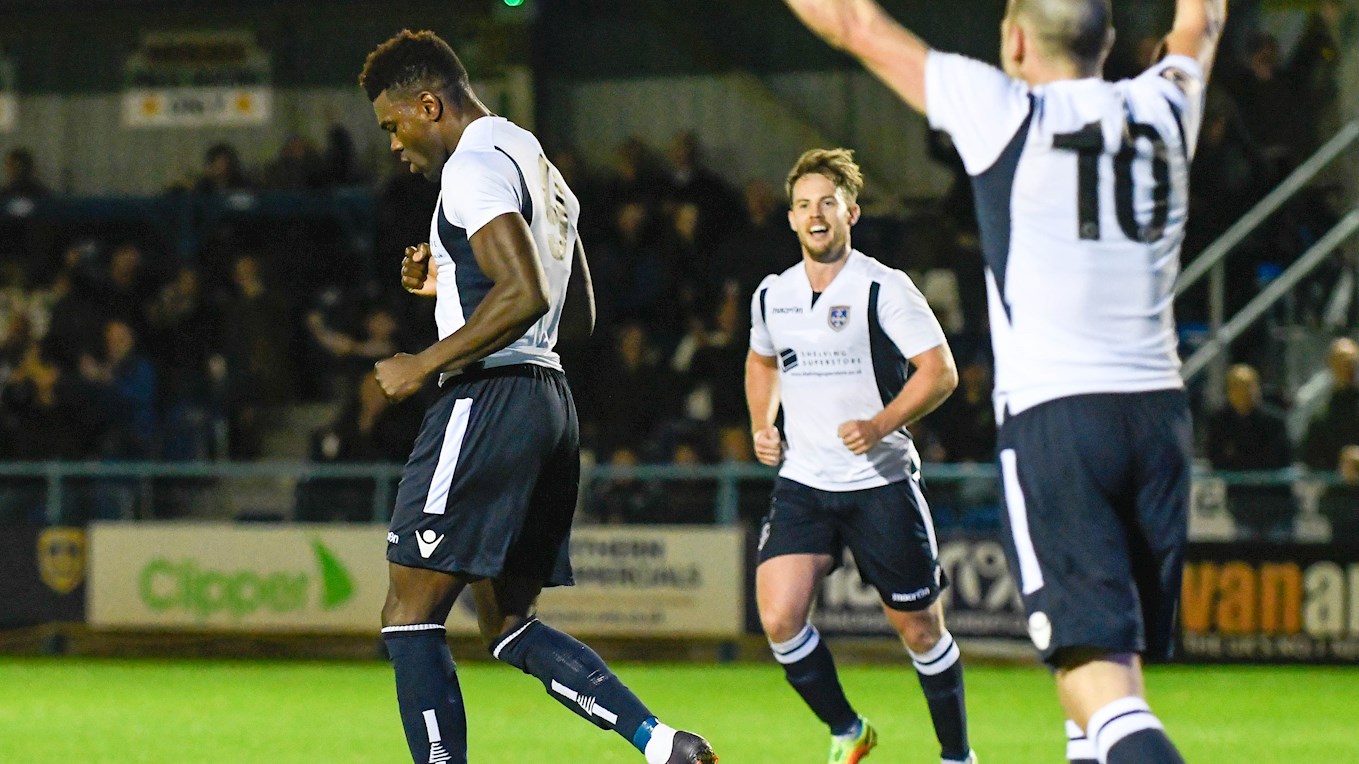 Rowan Liburd joined Guiseley initially on loan in 2017, the centre-forward spent time on loan at Leyton Orient, Hemel Hempstead Town as well as the Lions before making the move permanent to Nethermoor Park in December.

The former Reading front-man spent his youth career at Chelsea before travelling to the United States on a four-year college scholarship for the Thomas Night Hawks, where he won the Sun Conference Player of the Year award. Liburd returned to the UK to sign for Billericay Town before spending a season at The Madejski and Wycombe Wanderers respectively.

The number nine currently has five goals to his name this season and will be looking to carry on the Lions FA Cup dream. 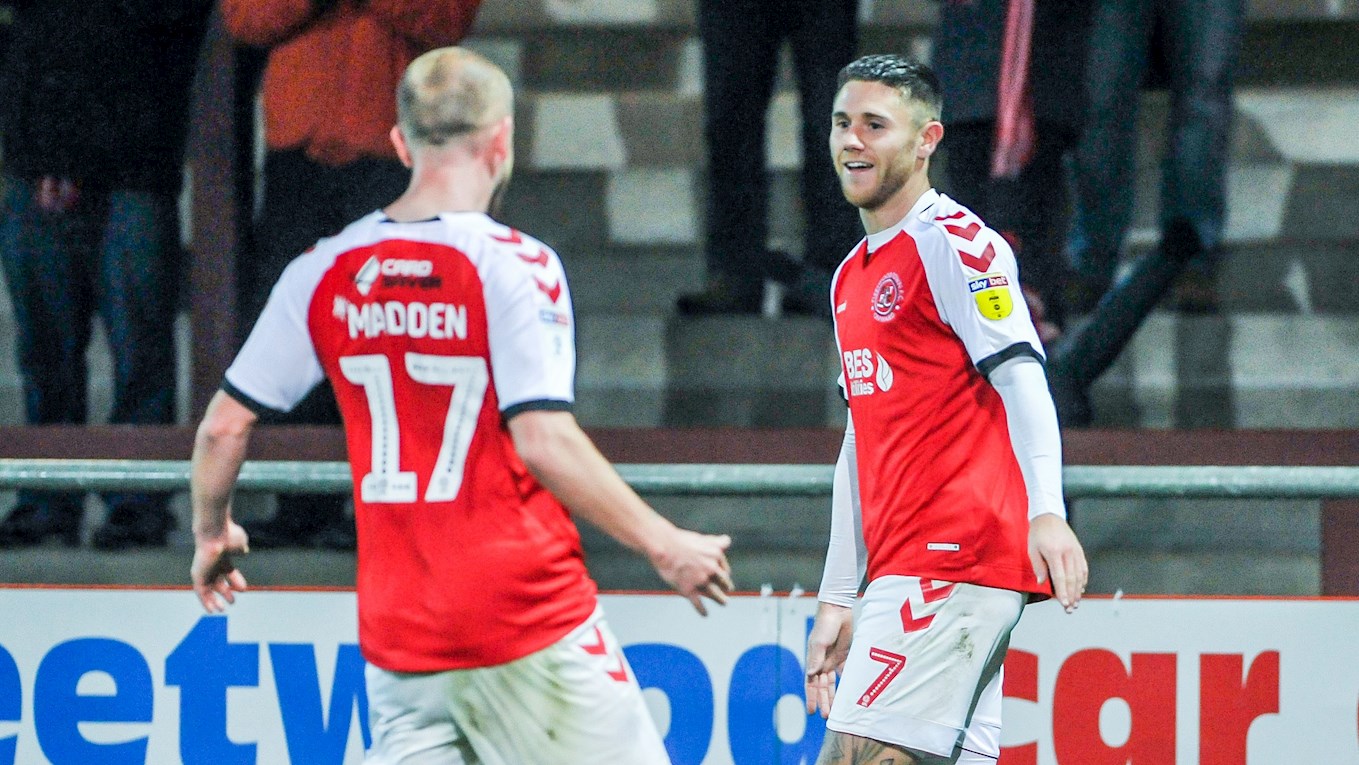 Joey Barton’s side go into the game strong favourites who are looking to carry on their good form from Tuesday’s victory against Coventry. They are priced at 8/15 to go through to the third round of the FA Cup.

Guiseley welcome Town as expected underdogs. The Lions, who are looking for another league scalp, are at 5/1 to cause an upset.

For Fleetwood to ease their way into the next round with a 1-0 win, the odds are at 6/1. While a repeat of Tuesday’s scoreline sees a 3-0 Fleetwood win priced at 9/1.

You can check out many other offers on SkyBet here. All odds are subject to change.

Fleetwood Town are through to the Third Round of The Emirates FA Cup, after beating Guiseley 2-1 on Monday night.

Paddy Madden opened the scoring after 28 minutes after converting Conor McAleny’s low cross. Town were able to get a second through a freak goal as Wes Burns deflected Joe Green’s clearance into the back of the net.

The hosts were able to pull one back in the 33rd minute but Alex Purver’s goal wasn’t enough for The Lions to progress into the next round or even force a replay. Fleetwood held on to round off a professional display.

The first action of the game fell to Guiseley’s Will Hatfield, in the 14th minute, who was able to get a shot away after Kaine Felix’s low cross picked him out, but the chance came to nothing after a crucial block from Town’s defence.

Guiseley continued their impressive start, a minute later, when Kingsley James was able to test Alex Cairns with a powerful strike from outside the area, but the shot was parried away – well kept out by the in-form stopper.

The Cod Army’s defence were given no rest as they had to get in the way of Purver’s shot, after some decent build up play, just after 20 minutes.

Fleetwood Town were able to capitalise from their first clear-cut chance, in the 28th minute. McAleny whipped in an awkward cross which bounced towards the back post finding Madden, who was able to compose himself before slotting the ball under Green.

Just three minutes later and Town got their second of the game, after a poor pass back from Jo Cummings was closed down immediately by Burns, who was able to deflect Green’s clearance into the net to make it 2-0.

The Lions got straight back into the game with a similar scenario, in the 33rd minute. Cairns’ clearance was weak after he was closed down by Rowan Liburd and Purver was able to pounce on the loose ball, hitting it first time over the Cod Army keeper and into the net.

The home side tried their luck to equalise after Liburd showed some great strength before cutting in from the left and getting a shot away but Cairns was able to get down low and smother it into his chest.

The hosts were first to threaten in the second half after 67 minutes but Purver was unable to control Liburd’s chipped through ball.

Only a minute later and Fleetwood had another opportunity thank to some brilliant individual play from Burns who took two Guiseley defenders out of the game before spreading it wide to Evans, but his shot was high and wide.

Town continued to threat after Dean Marney found James Husband from a corner, but the left back couldn’t keep his shot on target, in the 72nd minute.

Just four minutes later, and Fleetwood had two chances on the bounce to get their third of the night but Evans’ initial shot was saved by Green and Madden’s follow up rattled the bar. A great chance to seal the game.

Guiseley almost found an equaliser in the 84th minute but Husband threw his body in front of James’ shot to deny what was almost a certain goal.

The home side pushed for an equaliser one last time after a goalmouth scramble ended in a scuffed shot that was eventually gathered by Cairns.

The full-time whistle blew, with Joey Barton’s side through to face AFC Wimbledon, with the tie set to take place in the first week of 2019.

Fleetwood Town fans - who have bought the Onward Card - can get admission and travel to Guiseley on Monday for just £5! What an amazing offer for our supporters!

The Cod Army will travel to Nethermoor Park to face the National League North side on Monday 3rd December, with both teams looking to get their names confirmed in the third round of the competition.

The draw for the next round will be made at 7pm – an hour before kick-off – which could be a huge incentive for both teams prior to a ball even being kicked. Town could make the third round for the fourth time in their history if they can beat their opponents on Monday. Joey Barton's side have already beaten National League North side, Alfreton Town in round one of the FA Cup, can they make it two out of two?

With this offer, the club are keen to see as many supporters as possible make the trip to West Yorkshire and have decided to do everything they can to assist their loyal supporters.

For non Onward Card holder a ticket to the game and travel is just £10, and it's just £5 for supporters who have bought the Onward Card.

Tickets are on sale in the club shop, and online here – so don’t wait until they’ve all gone!

For further details on this offer, contact the ticket office on 01253 775080, or visit the club shop at Highbury Stadium today. 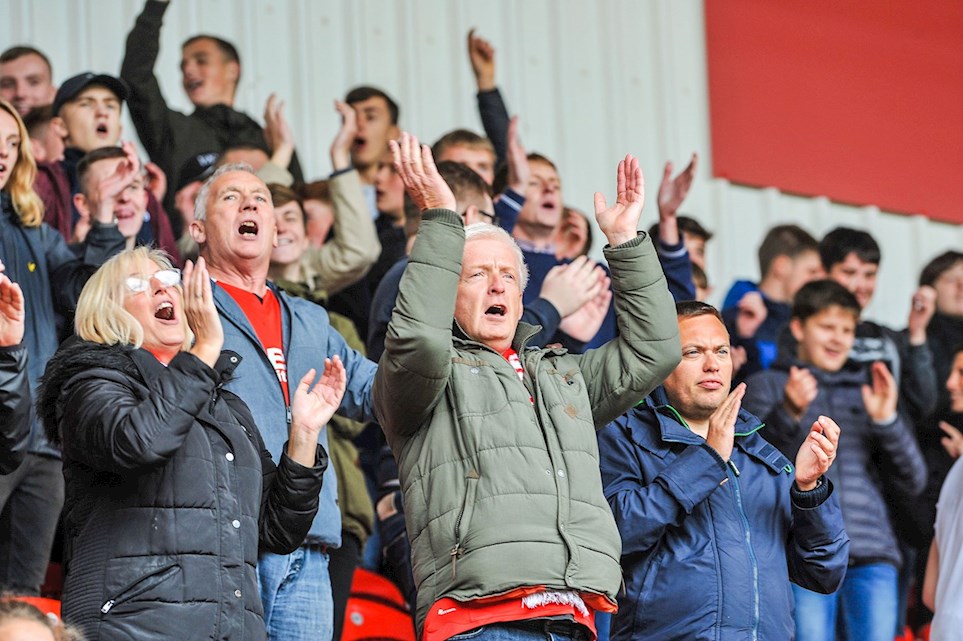 Ticket AND travel from just £5 for FA Cup trip to Guiseley!


Onward Card holders can take advantage of a superb FA Cup offer, with tickets and coach travel to next month’s trip to Guiseley just £5!