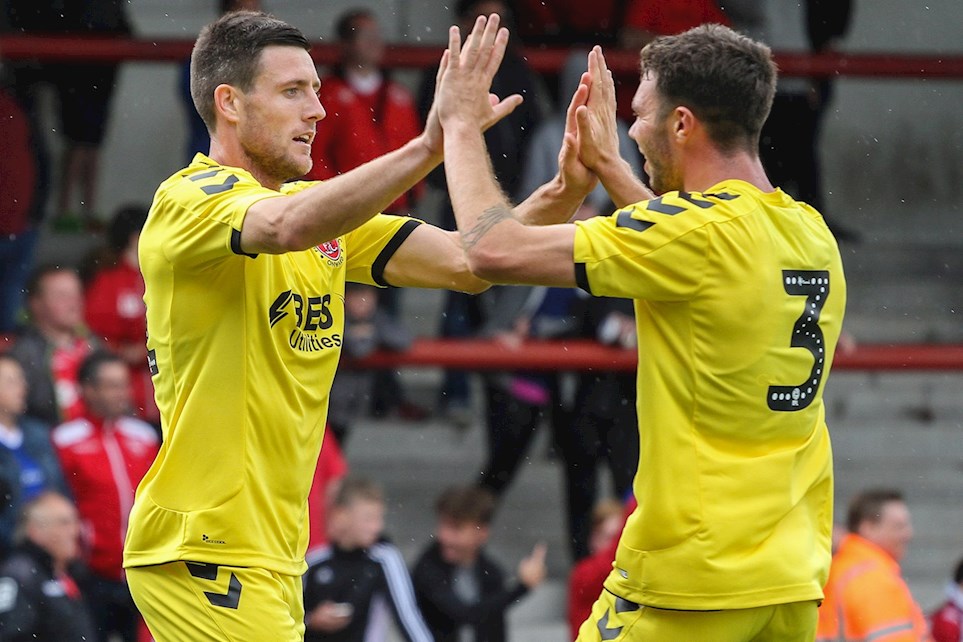 
The big kick-off is fast approaching, and we need your support this Saturday against AFC Wimbledon.

It was not the winning start that the Cod Army wanted at the beginning of a new era for Fleetwood Town, with AFC Wimbledon coming out on top 1-0.

Wimbledon have spoilt one or two Fleetwood parties in the past and on this occasion it was a Joe Pigott goal on the hour which separated the sides at Highbury in front of a crowd of 3,236. Fleetwood were unlucky not to get an equaliser when Bobby Grant's well-struck shot came off the inside of the post with eight minutes left.

On a day when there is always excitement and hope across the land many eyes were looking Fleetwood's way to see how Joey Barton's team fared in the new manager's first game. His side lined up 4-2-3-1 and included three new faces plus the returning Lewie Coyle. Making their debuts were skipper Craig Morgan, Tommy Spurr and Ched Evans.

The first threat came after eleven minutes with both sides having opportunities within seconds of each other. Wimbledon's Michael Pinnock sent a tantalising cross to the back post which Pigott headed over. Play went immediately downfield where a low cross from Wes Burns took a deflection, requiring prompt action from Wimbledon keeper Tom King, with Evans lurking. On the quarter hour, King dived to his right to stop a firm Conor McAleny drive from the edge of the area. The ball ran loose but Fleetwood could not capitalise.

Cian Bolger made a timely interception as a Tom Soares through ball to Pigott beat the offside trap after twenty minutes. Wimbledon moved forward menacingly, early encouragement for their fans who had made the trip north on day one.

Bobby Grant was upended in the centre circle on 26 minutes. His own free kick was taken short to Spurr whose cross from the left just eluded Bolger. The defender was back in his normal role just before the half hour intercepting a Kwesi Appiah shot at source. It was a tricky period for Fleetwood's defence. Pinnock's left foot found Appiah who got a header in front of goal, straight into Alex Cairns's arms.

The dangerous Pinnock and Appiah combined again five minutes before the break, the latter needing more quality with his finish from the cross in front of goal. Three minutes later a Grant corner reached Spurr at the back post. His shot on target was acrobatically blocked by defender Ben Purrington. Although Wimbledon won the half on points, they had failed to capitalise on pressure created.

Spurr's long throws are set to be a feature of the season. On 55 minutes he found Bolger whose glancing header eluded McAleny following-up. Spurr nearly scored himself two minutes later when a powerful shot from a corner was deflected wide by King. The first booking of the game was for Appiah's challenge on Coyle.

Cometh the hour, cometh the man. Wimbledon finally converted a chance after 60 minutes, Pigott poking the ball over the line at the back post following a Purrington cross from the left.

Barton rang the changes. Experienced midfielder Dean Marney came on for his Fleetwood debut immediately after the goal, replacing Jack Sowerby. Five minutes later a double substitution saw the attacking side reinforced. Paddy Madden and Ash Hunter came on for McAleny and Coyle.

Appiah could have put Wimbledon clear single-handedly. He shot just past the far post from the inside left channel. The striker nearly got in again after a poor back pass from Spurr. Moments later, he brought a save from Cairns off the left foot. For good measure, he then nodded to Andy Barcham whose shot was saved.

Fleetwood created their own pressure with Madden and Hunter having chances denied. On the counter, Wimbledon had a chance to seal the game when Cairns saved well from substitute Scott Wagstaff.

Fleetwood couldn't have come closer to an equaliser than on the 82nd minute when a Grant left foot special from long range cannoned across goal off the inside of the left hand post. Fleetwood tried to get on terms but were denied by a well-organised defence.


The big kick-off is fast approaching, and we need your support this Saturday against AFC Wimbledon.

The season starts on Saturday and we want you to come and support Fleetwood Town at home against AFC Wimbledon at Highbury.

After a very successful pre-season, seeing the side go on a six-match unbeaten streak (with Chorley to play on Monday 30th July), Joey Barton’s side have now set their sights on the new Sky Bet League One campaign which starts this weekend.

Last season, Town managed the double over The Wombles, with a 2-0 win at Highbury early in the season, and a 1-0 victory at a stormy Kingsmeadow back in March where Jack Sowerby's goal was the difference on the day.

Ticket prices for supporters are below:

The best way to back Joey Barton's side is by purchasing the new Onward Card. Fans have already flocked to Highbury Stadium to get theirs, so don't delay; get yours now!

To buy the Onward Card through the annual payment scheme, you can either visit www.onwardcard.co.uk , call 01253 775080 or come to the club shop at Highbury Stadium and Poolfoot Farm.

If you want to pay in cash, this will only be available in person at the club shop.

The option to spread the cost over ten months via Zebra Finance is also available for fans by calling 01253 775080, getting yourself to the store, or buying it online at www.zebraseasonticketfinance.com/clubs/fleetwood-town-fc.​