Fleetwood Town made it five games unbeaten in all competitions on Saturday, after drawing 0-0 against Charlton Athletic.

In a game where there were chances at either side, not one of Lee Bowyer’s men or Joey Barton’s could capitalise on the opportunities that fell their way.

Wes Burns went the closest for Town in the first-half and saw his effort blocked on the line by Patrick Bauer, and it was Lyle Taylor who looked to be the man to open the deadlock for the Addicks, but was matched by the Cod Army’s number one, Alex Cairns.

It was an even start to the match at The Valley with both Charlton and Fleetwood having chances at goal. Both Dillon Phillips and Cairns had to make a save, however it wasn’t anything troublesome for the two between the sticks.

Danger man Taylor looked very lively in the opening exchanges of the game and was leaving the Town defenders wondering where he was with his moved out wide and then down the middle. The former AFC Wimbledon man picked up the ball on the left a number of times, and had a shot at goal. Cairns did well to make the save look comfortable.

The home side nearly opened the scoring on the half-hour mark as Taylor made a fantastic run down the right wing. The striker had too much pace for James Husband and got to the byline to deliver his cross. The ball was played in only for Captain Craig Morgan to stick out a leg, and send the ball up and over the crossbar from close range.

Ched Evans had a great opportunity to open the deadlock ten minutes before half-time. Burns did well to beat his man on the wing, he picked up his head to find his fellow Welshman inside the box, and with a drop of the shoulder he pulled the trigger, only to see it deflected out for a corner.

Only a minute later Paddy Madden had an attempt at goal after Husband found some space on the left hand side. His low delivery found the Irishman, and the flick shot made the goalkeeper pull off a decent save.

Burns had a glorious chance to score before the half-time whistle. Jason Holt and Husband linked up well on the flank and with driven cross into the box, Burns was free and only had to hit the target. The inform winger did that, but was denied a goal due to Bauer being on the goal-line. Fantastic block from the defender.

The second-half started out just like the first with both teams looking to get on the ball and work the opposition by going from one side to the other, and it was the away side who had the first chance. Burns found Madden on the right, he chipped the ball back into the box and Ash Hunter was there to head to ball into the corner, but Phillips somehow managed to get a hand on it to tip it past the post. Great chance for Barton’s side to take the lead.

Lewie Coyle found himself with the ball on the edge of the box after Hunter’s corner was headed away from Bauer. The on-loan right-back from Championship side Leeds United tried his luck from 25-yards, and it was narrowly over the bar.

Charlton did have the ball in the back of the net, however the referee alleged Darren Pratley to be in an offside position and interfering with play as Taylor buried his chance in front of goal.

Bowyer’s men went close again, this time through substitute striker Igor Vetokele. The forward was played in by striker partner Taylor and with his first touch, his shot went agonisingly close to finding the bottom corner.

In a frantic end to the game, Coyle headed off the line from George Lapslie’s header and Madden went down the other end and had a shot blocked. Both teams shared the points in the capital city.

Tickets and coach travel are still available for Fleetwood Town’s Sky Bet League One trip to Charlton Athletic. Get yours ahead of the clash!

The Cod Army will travel down to the capital on Saturday 25th August, after securing their biggest win since reaching the Football League on Wednesday, beating Scunthorpe United 5-0 at Glanford Park.

Joey Barton’s side are still unbeaten away from home since his appointment in June and will be looking to extend that against Lee Bowyer’s Addicks.

Town fans will be housed in the South Stand, with prices as follows:

Please note – all ADULT and SENIOR tickets will increase by £3 if purchased on matchday.

Coach travel is also on sale, with supporters coaches leaving Highbury at 7am on the day of the game, with the price only £18 for all supporters. 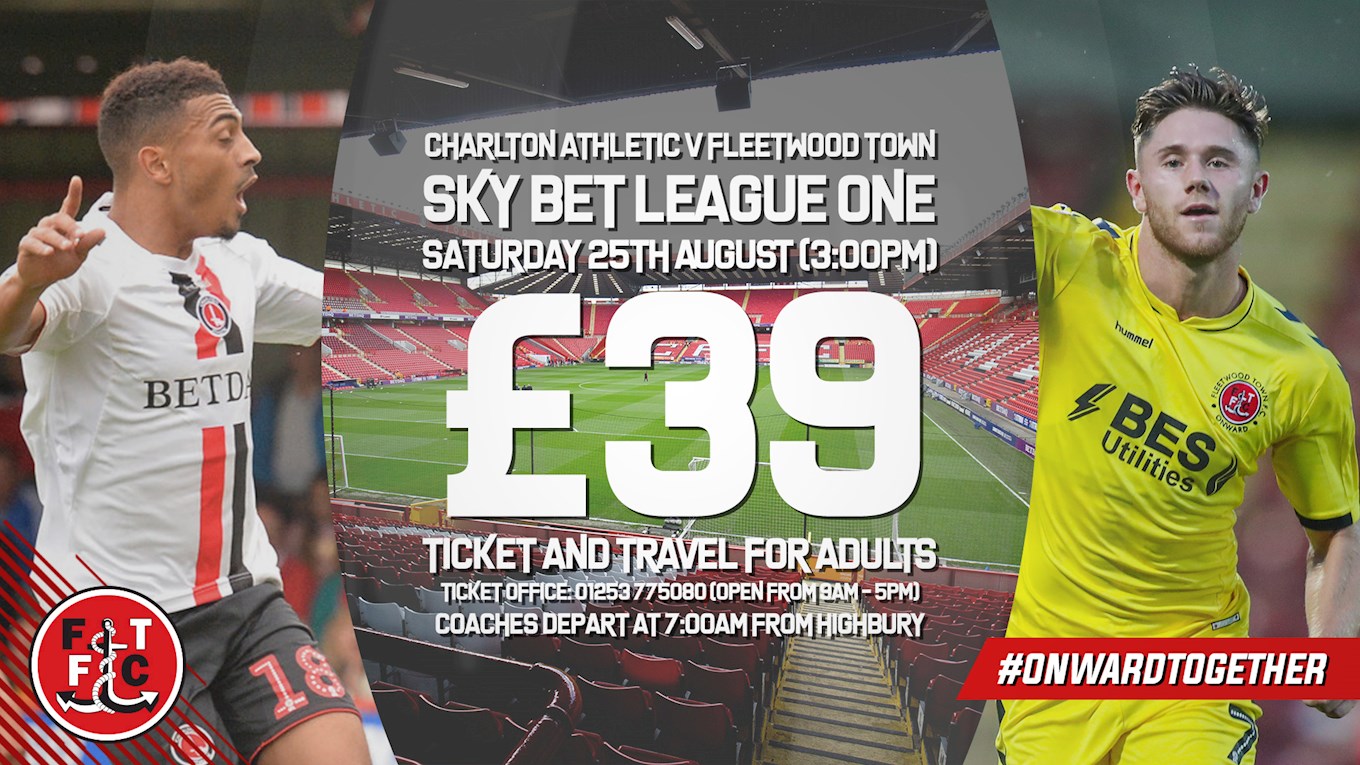 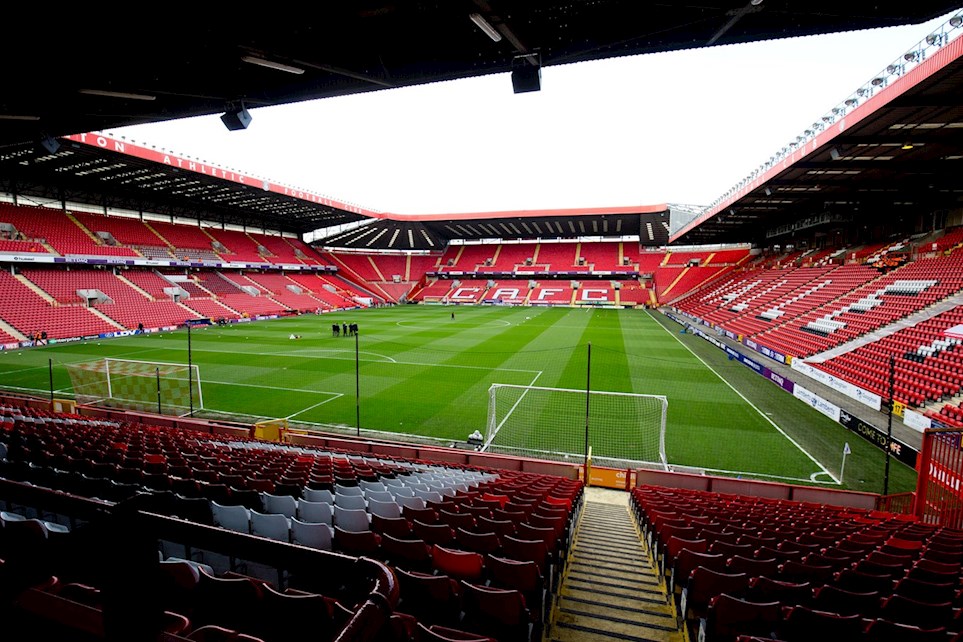 Join the Cod Army at Charlton


Tickets and coach travel for Fleetwood Town’s Sky Bet League One trip to Charlton Athletic are now on sale.