Fleetwood Town are aiming to bounce back from last weekend's defeat as they host Southend United at Highbury Stadium on Saturday (3pm).

Southend head north sitting 17th in Sky Bet League One after a 2-2 draw with Northampton last time out.

Tough Travels for the Shrimpers

Phil Brown’s men have found life on the road difficult this season, with just one point picked up from their away games so far, so visit the Fylde peninsula with a point to prove.

A 2-1 home win over Blackburn Rovers on the opening day is the Essex side’s only win so far, with away defeats at Rotherham, Charlton and Shrewsbury.

There’s not been much to choose from between the two sides, who have met 8 times in all competitions.

There have been six draws, most recently last season when David Ball’s 90th minute equaliser cancelled out Anthony Wordsworth’s goal. In the return fixture in Essex, Chris Long and Ash Hunter both scored in a 2-0 away win.

Stalwart midfielder Anthony Wordsworth recently returned to the side after a spell out with injury and will pose a threat to Fleetwood on Saturday. A graduate from the Colchester United youth system, he made 177 appearances for the U’s in a six year spell, before a move to Ipswich Town. Loans to Rotherham United and Crawley Town followed, before he signed for the Roots Hall club in 2015.

Cyprus international Jason Demetriou is well loved amongst Welsh football fans for scoring the goal against Israel that helped Chris Coleman’s men on their way to Euro 2016, but he also plys his trade at the Essex club. Beginning his career with Leyton Orient, Demetriou also had spells in his homeland at AEK Larnaca and Anorthosis Famagusta, signing for Southend, via Walsall, in 2016. His goal last weekend helped Southend on their way to a 2-2 draw with Northampton.

French striker Marc Antoine Fortune has played for a host of Football League clubs in recent years, but is probably best known for his time at West Bromwich Albion and Celtic. Fortune began his career in home land at Angouleme, before appearing for Lille, Rouen, and Brest before two years in the Netherlands at Utrecht. AS Nancy was next for the striker, from who Celtic signed him. Fortune scored his first goal for Southend in October 2016 against Leyton Orient. 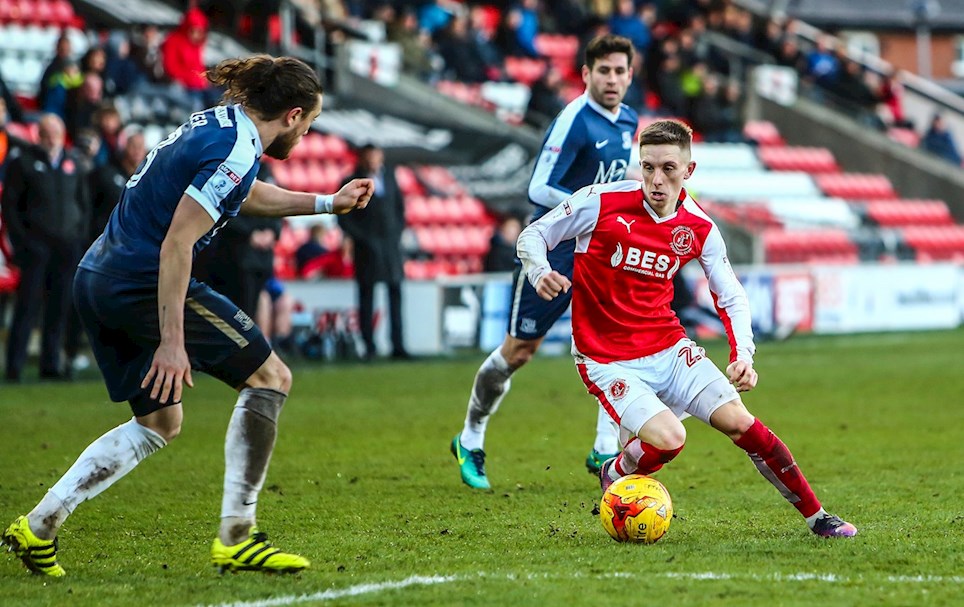 
Fancy a bet ahead of Fleetwood Town’s game against Southend United this Saturday? See the latest odds with our EFL partner Sky Bet.


The match officials for Saturday’s game against Southend United have been announced.

Ten man Fleetwood Town suffered their first home league defeat of the season on Saturday as they lost 4-2 to Southend United.

Simon Cox gave The Blues the lead inside two minutes, before Amari’i Bell brilliantly equaliser with a header just moments later. However a Stephen McLaughlin strike and Nile Ranger penalty, combined with a red card for Aiden O’Neill and a late breakaway goal from Jermaine McGlashan ensured Phil Brown’s side took the points at Highbury. Devante Cole headed an injury time goal home, as Town kept going until the final whistle.

Uwe Rosler made three changes to his side from last week’s game at Portsmouth, with Wes Burns, Bobby Grant and Markus Schwabl in, with Jordy Hiwula and George Glendon dropping to the bench. Kyle Dempsey was suspended.

The match started at lightning pace and the away side won a soft free kick around 30 yards from goal inside the opening 90 seconds. McLaughlin floated a cross in which was met by Cox and subsequently beat Alex Cairns in the Cod Army goal.

However, straight from the kick-off, Town responded. Cian Bolger’s long ball was dealt with by the visiting defence and Bell pounced to bravely head home past the onrushing Mark Oxley.

Southend then had another free-kick which found Cox, this time his shot was brilliantly cleared off the line from Schwabl.

Then came a crucial moment of the game. Cairns passed to O’Neill who took a heavy tough inside his own half, was tackled by Ryan Leonard and then the on-loan Burnley defender brought him down. O’Neill was the last man and was dismissed by referee Carl Boyeson.

The extra man seemed to free space for McLaughlin, who found space in the area and a quick passing move to prod past Cairns to restore Southend’s lead.

Then – right on half-time – the away side were awarded a controversial penalty when Nathan Pond was adjudged to have brought down Ranger. Mr Boyeson pointed to the spot and Ranger stepped up and send Cairns the wrong way. 3-1 at the break.

Glendon, Hiwula and Ash Hunter were all introduced as Rosler’s side forced a way back into the game in the second half, and were more than a match for Southend despite the man disadvantage.

Grant tested Oxley with the best effort of the second stanza, but the Southend stopper was equal to his shot from inside the area.

Substitute McGlashan then added gloss to the victory with a breakaway goal, firing home off the inside of the post with three minutes left.

However, Town didn’t give up, and Cole got his rewards for a solid performance with a simple header from a great Hunter cross to reduce the score line in injury time.


Fancy a bet ahead of Fleetwood Town’s game against Southend United this Saturday? See the latest odds with our EFL partner Sky Bet.


The match officials for Saturday’s game against Southend United have been announced.

The Cod Army host Phil Brown’s side looking to keep up their unbeaten start at Highbury this season, following victories over Rotherham United, AFC Wimbledon and Bury, as well as a draw with Oldham Athletic.

A full breakdown of ticket prices for home matches can be found HERE.

Full details on how to purchase a membership and the benefits you gain can be found HERE.