Fleetwood Town are back in action on Saturday, looking to emulate Tuesday night’s impressive 3-0 win at Bradford City when they welcome Charlton Athletic to Highbury.

The Addicks have had a good start to the season and sit 7th ahead of Saturday’s match, two places and one point better off than the Cod Army, but they have played a game more.

While Uwe Rosler’s men were winning at Valley Parade on Tuesday, Charlton were also in action as they headed to the Midlands to face Walsall.

Tarique Fosu opened the scoring at the Banks’s Stadium but Athletic were pegged back by Tyler Roberts’ equaliser before half time.

Karl Robinson’s side thought they had the match won when Ricky Holmes fired home from the edge of the area in the 88th minute, but Daniel Agyei drew the Saddlers level straight from the restart and stretched Charlton’s winless run to four games.

Fleetwood and Charlton have met twice before, and both occasions have ended in a draw.

Last season at Highbury the sides shared the spoils with the game ending 2-2. Chris Long and David Ball scored for the home side. Josh Magennis and Lee Novak scored for the visitors.

Town’s visit to The Valley last term ended in dramatic fashion as Amari’i Bell scored a stoppage time equaliser. Holmes had opened the scoring for the hosts, who also had Nathan Byrne sent off late on.

Northern Ireland international Josh Magennis has been firing in the goals for both club and country over the past year and is in fine form heading into Saturday’s game. The striker, who joined Athletic from Kilmarnock also had a prolific spell at Aberdeen, whom he joined from Cardiff City, his first professional club. Magennis scored twice for Northern Ireland against San Marino at the start of the month in a 3-0 win in a Serravalle. Magennis’ goal in this same fixture last season saw him score his first Charlton goal.

Ricky Holmes is another player to look out for on Saturday. The 30-year-old made a name for himself in non-league football at Chelmsford City where he was linked with several Football League clubs. Barnet were the club to get Holmes’ signature and he stayed there for three years, signing for Portsmouth upon Barnet’s relegation where he won Fans’ Player of the Season. After a successful spell at Northampton, Charlton signed the winger last summer and he has since been a regular name on the team sheet.

German defender Patrick Bauer has scored twice from defence this season, including the winner in a 1-0 win over Bristol Rovers on the opening day of the season. The Stuttgart native began his career with local side TSG Backnang before working his way up the ranks at VfB Stuttgart before signing for Maritimo in Portugal. This is from where Charlton plucked Bauer, who has 10 caps for the German national youth teams. 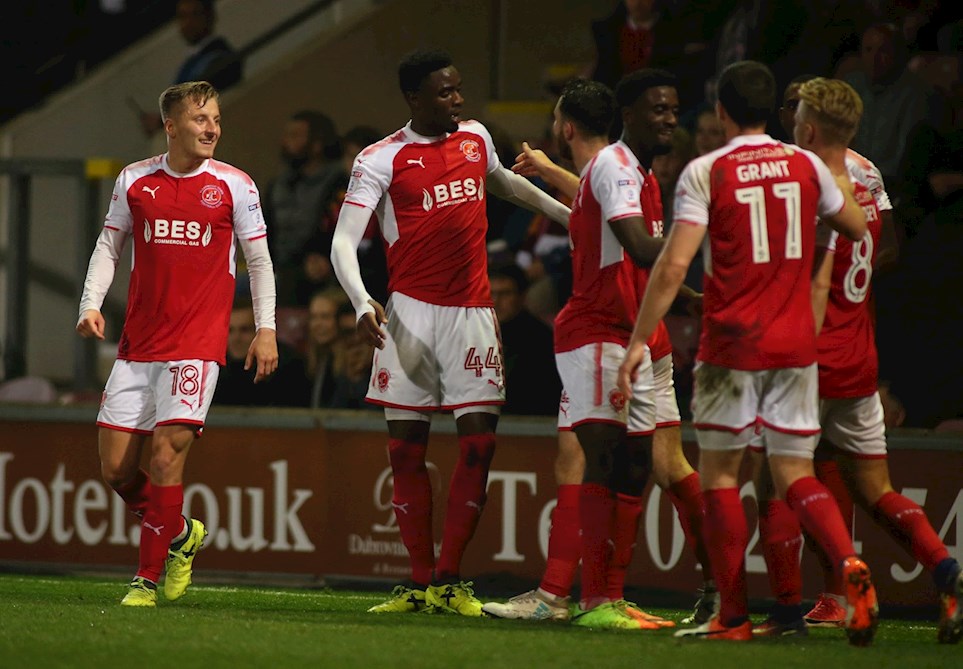 
Head Coach Uwe Rosler has named his side to face Charlton Athletic at Highbury in Sky Bet League One. 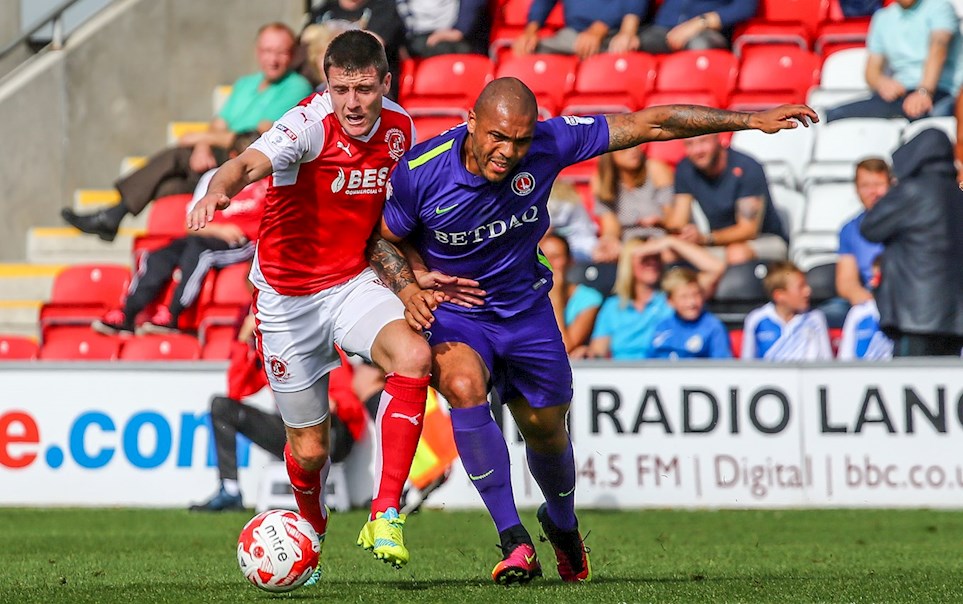 
Fancy a bet ahead of Fleetwood Town’s game against Charlton Athletic this Saturday? See the latest odds with our EFL partner Sky Bet. 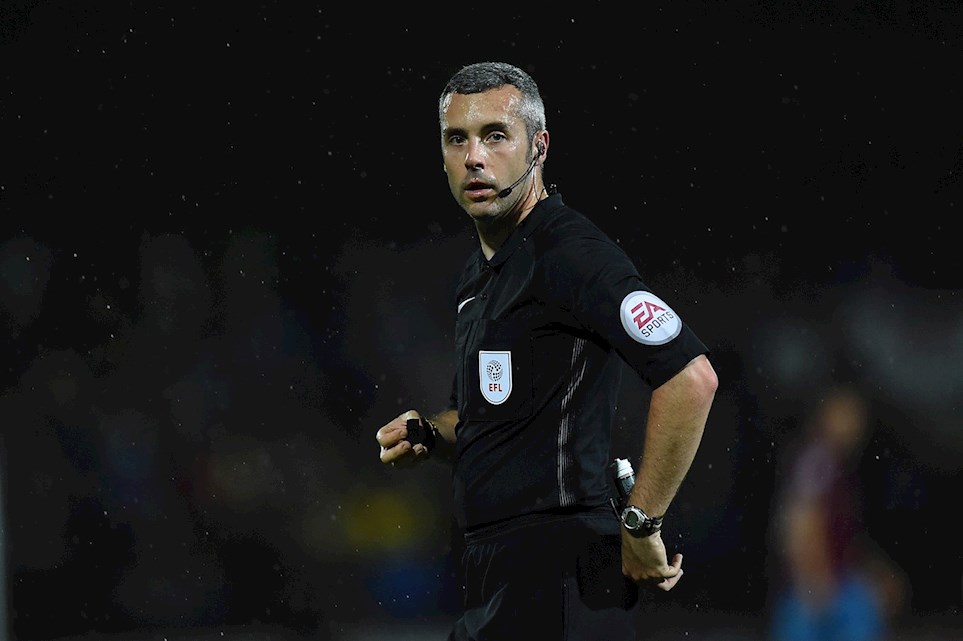 
The match officials for Saturday’s game against Charlton Athletic have been announced.

Fleetwood couldn’t repeat the heroics of Tuesday night’s win at Bradford as they fell to 3-1 home defeat to Charlton on Saturday.

A hat trick from striker Tarique Fosu-Henry put the Cod Army to the sword, despite a first goal from Bobby Grant.

Uwe Rosler had named an unchanged side from the midweek win at Valley Parade, with two changes to the overall eighteen. Aiden O’Neill and Baily Cargill replaced Markus Schwabl and Harvey Rodgers on the bench.

Both sides began the day on the fringes of the play-off places and the initial battle came in midfield where there was little to separate the teams.

The compact start from both sides meant there was little action until almost 15 minutes in, but unfortunately for Town, the first chance also yielded a Charlton goal. After winning the ball in the Fleetwood half, Ricky Holmes swung in a sweet cross which met the head of Fosu-Henry who dinked it past Alex Cairns.

Things could have been worse for Fleetwood just minutes later as former Town player Fosu-Henry then flashed a shot over the bar from inside the area.

Town did react to going a goal down, and the ever improving partnership between Devante Cole and Jordy Hiwula up front did show signs of threatening, but Charlton’s defence did well to deal with any danger.

The visitors did look the better side in the first half but their lead soon vanished as Grant scored his first goal of the season. On the counter attack, Cole was challenged but the loose ball fell to George Glendon, who’s through ball found Grant, on the edge of the area who struck a smart finish for the equaliser.

From the restart Town could have been ahead as Amari’i Bell fired a thunderbolt towards Ben Amos in the Athletic goal, but the former Manchester United stopper produced a stunning save to keep the ball out. As the hosts grew in confidence, Cian Bolger then flashed a header wide from a corner.

It wasn’t all one-way traffic though, as Fosu-Henry continued to be a handful for Rosler’s side. His long range effort tested the reflexes of Cairns, before another pile driver from Holmes also forced a good save.

Charlton regained their lead as Fosu-Henry twisted and turned his way through a series of bodies in the penalty area and slotted into the bottom right hand corner five minutes before half time. It was perhaps harsh on Town, who had improved since their equaliser.

Billy Clarke’s cross following an over shot corner found its way to Ezri Konsa in the area, and he headed towards goal. Town were fortunate as it took a deflection, or they could have been heading into the break with a two goal deficit.

Cole fired wide for Fleetwood on the counter, before the ref called time on the half.

Rosler made a double substitution at the break, introducing Godswill Ekpolo and O’Neill to the action in place of Glendon and Lewie Coyle.

Similarly to the first half, the second period took a while to get going, and Fosu Henry was still looking lively for the Addicks. Nearly fifteen minutes of the second half had been played before Town threatened an equaliser, as Godswill played low cross across the area, which was hit first time by Cole, who could only fire over Amos’ net.

Tuesday night’s super sub Ash Hunter was soon brought on for his namesake Eastham as Town searched desperately for a second equaliser in the match, but it was to the visitors who scored the next, and ultimately the crucial goal.

Winning possession near their own penalty area, the Addicks broke away at pace with Jay Dasilva, who played through Fosu-Henry. The striker scored his hat trick as he held off the tackle from Nathan Pond and slid the ball under Cairns.

Town showed signs of getting back into the game as Hunter found Cole at the back post, but he couldn’t get a clean connection and the ball sailed wide. A mix up between goalkeeper Amos and Charlton captain Patrick Bauer then almost led to a Fleetwood goal, but Amos eventually gathered the ball to prevent ant danger.

Charlton almost had a fourth goal late on as Pond deflected a Holmes cross narrowly wide of the post. That was the last action of the game, as Town fell to a second home defeat in a row.


Head Coach Uwe Rosler has named his side to face Charlton Athletic at Highbury in Sky Bet League One.


Fancy a bet ahead of Fleetwood Town’s game against Charlton Athletic this Saturday? See the latest odds with our EFL partner Sky Bet.


The match officials for Saturday’s game against Charlton Athletic have been announced.